Preview: Celebrations for Prof’ Ho by NUS Centre For the Arts (Music)

This weekend, Singaporean musicians are coming together to celebrate the 80th birthday of musical leader and key advocate for the development of local school bands, Associate Prof Ho Hwee Long. Comprising […] 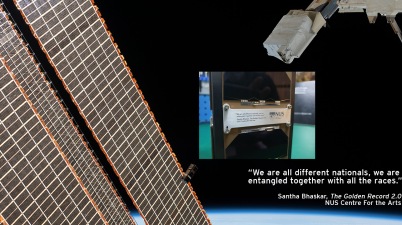 Review: The Golden Record 3.0 by Edith Podesta and NUS Centre For the Arts

The arts and sciences collide in this successful lecture-performance about quantum physics.  While multiple Bicentennial plays this year have focused on questioning the past, the NUS Centre For The Arts […]

Preview: NUS Centre For the Arts Presents The Last Gap and The Golden Record 3.0

The Bicentennial celebrations never let up, and this year, the NUS Centre for the Arts (CFA) is commemorating it with two brand new FREE to attend productions from two exciting […]

The power and variation of classical music on show. Pianist Abigail Sin and violinist Loh Jun Hong come together for this musical showcase to open the 2019 NUS Festival of […]

Math is hard. Math and theatre initially seem like odd bedfellows. After all, math is grounded in undeniable realities, while theatre tends to take liberties with that, shuttling between the […]

Far too often, the arts are seen as in direct conflict with the maths and sciences, unable to co-exist in harmony and worlds apart. Yet with the 2019 NUS Arts […]

The inaugural Theatreworks Curators Academy comes to a close for now, with plenty of food for thought. SINGAPORE – Even as new SIFA Festival Director Gaurav Kripalani steps […] 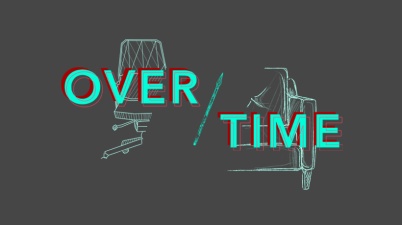 Yale-NUS students Myle Yan Tay and Nathaniel Mah will be presenting an all new musical this November. Titled Overtime, the original musical follows best friends Finch, an employee in the Ministry of Competency […] 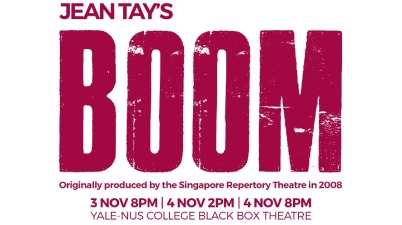 Review: Boom by (aside)

Since its inception in 2008, Jean Tay’s Boom has become a seminal text keenly representing our country’s insatiable thirst for fancy new things and our forgotten heritage, told through the parallel stories […]