The Singapore Repertory Theatre opens their 2019 season this April with Florian Zeller’s The Truth, as translated by Christopher Hampton. A comedy revolving around sex, lies and best friends’ wives, The Truth follows Michael as he embarks on an affair, building a bigger and bigger lie as he attempts to cover it up…and just might lead to a truth that’s far from straightforward as someone else might have been doing the deceiving all along.

The Truth will be directed by London-based Singaporean theatre director Ng Choon Ping in his SRT directorial debut, with a cast comprising theatre veterans Lim Yu-Beng and Neo Swee Lin, Cynthia Lee MacQuarrie, as well as Vivek Gomber. We speak to Swee Lin and Yu-Beng, and find out a little more about their characters and why people should come and watch The Truth. Read the interviews in full below:

Bakchormeeboy: Tell us about the character you play in The Truth and how much you relate to them.

Yu-Beng: I relate to every character i play, i think that’s kinda my approach to roles these days. Michael is someone who tries to get out of life as much as he can, but he isn’t willing to pay the price of honestly owning it. He wants love, but doesn’t really take responsibility for it. He wants to win, but he’s willing to cheat to get that. I can relate to that. It’s very tempting when you see something within easy grasp. If we never thought we’d be found out, would we take it?

Swee Lin: I play Lauren, the wife of Michael.  She is a school teacher, she teaches English, Mathematics & Literature.   I relate to her very much in that we’ve been married for over 20 years to the same man that we love dearly. Like me, she is smarter than her husband, but has grown to tolerate, indeed love him, warts and all.   We are also both sticklers for speaking English properly. 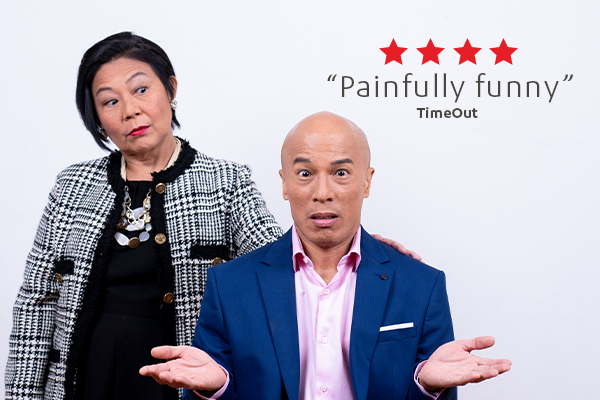 Bakchormeeboy: What’s your preparation process been like for getting into character?

Yu-Beng: In recent years i think i use myself as a base for a lot of my character work. I put myself in every situation, scripted or otherwise, that i can see the character in. And i try to get what he’s trying to get from there.

Swee Lin: As always, I try not to prepare too much, I like to find my character during rehearsals. It is a very good script, rich in characterisation already, so in many ways the playwright has done half the work. I just have to do it justice, learn my lines, speak them clearly, with love and wit. And try not to bump into the furniture. 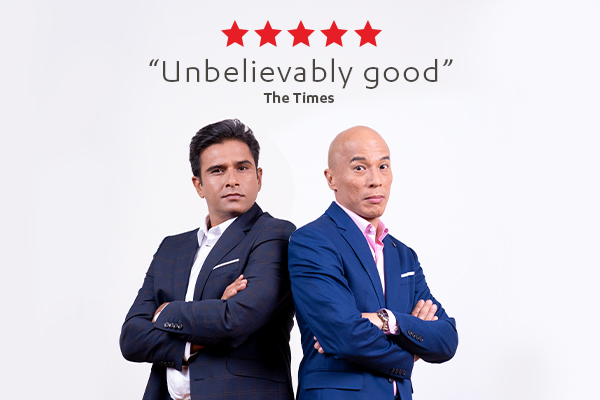 Bakchormeeboy: Is cheating as bad as society makes it out to be? Do you feel there is an element of gender discrimination when it comes to whether it’s a man or woman who cheats?

Yu-Beng: I don’t even want to answer that based on good or bad. I think it’s more about what is agreed upon. It’s just that we tend to use a stock template contact for everything, instead of realizing that any two parties can specify their terms. We just don’t really want to think or admit what our terms are. There is definitely a gender discrepancy where cheating is concerned. I think we’re fortunate that it’s not as strong here as in some places, but it definitely still exists. 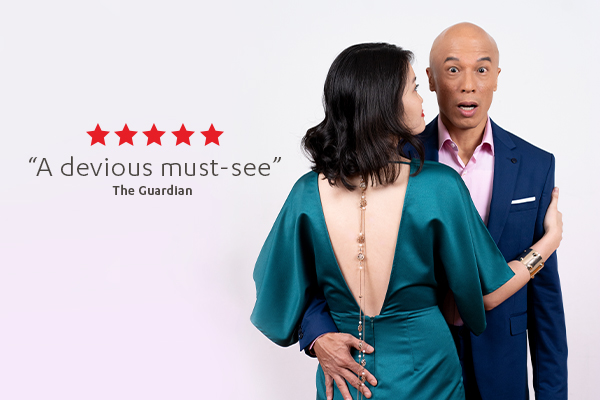 Bakchormeeboy: What’s the secret to a long lasting relationship?

Swee Lin: I’ve always said this, there is no secret to a long lasting relationship – the only way to stay together is to choose to do so.  In my marriage to Kay Siu, we have no children, so being best friends & sharing the same passions keeps us together. Lately, we have found a new passion – learning to sing & play the ukulele together.

Bakchormeeboy: Why should people come and watch The Truth?

Swee Lin: To have a good time at the theatre, to laugh, to cry, to see yourselves mirrored on stage. Apart from Yu Beng & myself, there’s also the delightful Cynthia MacQuarrie & the powerfully talented Vivek Gomber, who is an exciting new face on the local stage. We are helmed by a returning Singaporean director who is an insightful creative force.

Yu-Beng: Because it’s easier to watch someone else grapple with it than doing it alone! Come have a good laugh at me squirming through my own mess. The rest is up to you!

The Truth plays at the KC Arts Centre from 3rd to 13th April 2019. Tickets available from SISTIC