Despite being freshly flown into Singapore and opening for Lauv on his whirlwind Asia Tour, rising star bülow remains energetic, and shows she can more than hold her own as a solo artist with her own share of rabid fans cheering for her at her performance. Speaking to her at her hotel in the city centre, unlike other visitors to Singapore, bülow remains completely unfazed by the blazing heat and humidity of the country. “I used to live in Texas for a couple of years,” the 20 year old artist explains. “The weather there’s actually pretty similar, and being here almost feels like being back in Texas again.”

Born in Germany in 1999, bülow is very much a citizen of the world, having lived in countries as far flung and varied as the United Kingdom, the Netherlands and Canada, where she currently resides and first met Lauv. Says bülow: “The first time I met Lauv, it was after the Jingle Ball, where we were both performing. We hit it off when we started talking backstage, found out we both love each other’s music, kept talking about doing things together, and well, here we are.”

On her influences, she explains: “I think I picked up a lot of influences from the different places I’ve lived, and the music I create today has evolved so much from what I created years ago.”

“Growing up,” she adds, “my parents listened to a lot of Linkin Park, who I also ended up listening to, while Frank Ocean is someone I come back to time and again, because his music got me through high school. While neither of them are a direct influence on my music, they do contribute to my aesthetic and style, much like everything else in my life does to form this combination of influences.”

Active in the music scene since 2017, bülow shot to fame with the single ‘Not A Love Song’, with the official music video amassing nearly 3 million views on YouTube at the time of writing, along with receiving critical acclaim for her debut EP Damaged, Vol. 1. bülow, however, admits that she never imagined blowing up so much, saying: “Back in 2017, that was my last year of high school. Being part of the International Baccalaureate, it took up so much of my time, and I was never really that academically-inclined kid. It was hard to juggle both school and music, and every once in a while, I’d find weekends to head to Canada and write, and it felt so good to put out the album.”

On the choice to use an almost grunge, street art style image for her first EP’s album cover, bülow explains her want to remain anonymous at first: “Having grown up in Germany and being exposed to so much of it, I’ve always loved street art and graffiti. But one of the reasons I chose not to put my face on the album cover is how I really wanted my music to speak for itself, rather than people making assumptions about what I’d be like before even listening to it. 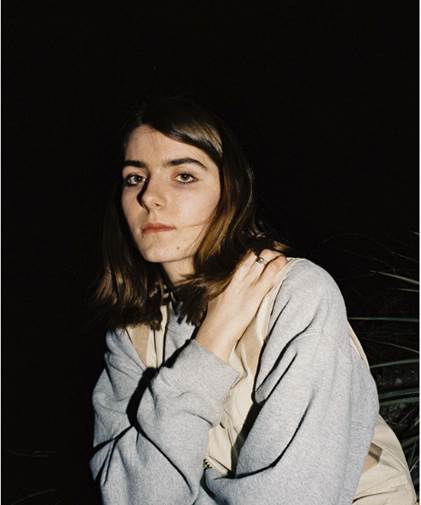 “The same goes for my stage name – I always knew my stage name would either be my full name or my last name, and because of the lack of gender association with ‘bülow’, it ensures that people discovering me on say Spotify for the first time won’t go in with any preconceived notions and enjoy my music for what it is.” 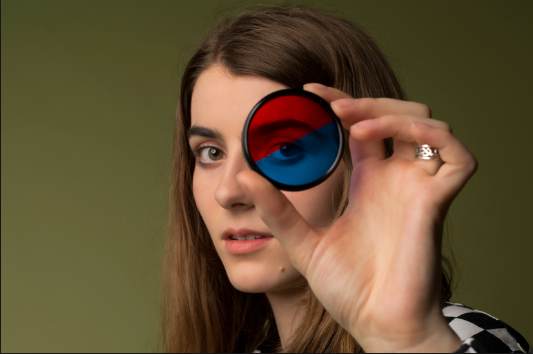 In terms of her artistry, bülow expresses excitement about some of her upcoming collaborations, choosing not to name names, but promising plenty more features, videos and new music to come out by the end of the year, hinting that she might even be headlining her own solo concert sometime soon. Says bülow: “As an artist, I strive to challenge myself everyday and always strive to have more. In the studio, there’s really no limit to what I can do, and I never want to be attached to the same genre all my life because I’m still learning so much. When it comes to my music, expect the unexpected, because I’m always just creating music, but never specifically for a project or album.”

There’s a quiet strength that lies behind bülow’s eyes as she talks about life as a young artist. “Sometimes, fans assume I don’t care what other people think, since my music is so ‘no filter’, but to be honest, everyone cares to an extent! I think being part of this industry, it’s just so important to have so many supportive people around you when you work. The guys I work with, they’re my best friends, and they’re there to make sure I don’t get lost along the way.”

“You know,” she concludes. “It’s really cool how these days, all you need is a simple set up and some talent, and really, anyone in the world could blow up and get famous with so many opportunities out there. But above all, there’s never really that pressure to do things for the sake of standing out. Instead, I believe in creating, creating, creating to find out who you are, and you’re sure to find people and fans who like you for what you do, and support you all the way.”

Listen to bülow on Spotify

0 comments on “Not A Love Song: An Interview with Rising Pop Star bülow”