Often considered one of the world’s most exciting living composers, it’s a rare treat to be able to come face to face with Japanese musician Ryuichi Sakamoto before his performance at the Esplanade Theatre next Tuesday, which was also the first show at SIFA 2019 to completely sell out its tickets, within the first hour of ticket release in February. In both the SIFA shows Fragments and ST/LL, Sakamoto will be collaborating with longtime friend and multimedia artist Shiro Takatani, with the former featuring Takatani’s visuals as Sakamoto performs, and the latter featuring Sakamoto’s music while Takatani’s company Dumb Type explores the idea of silence through the use of lighting, media art, stage design and dance movement. 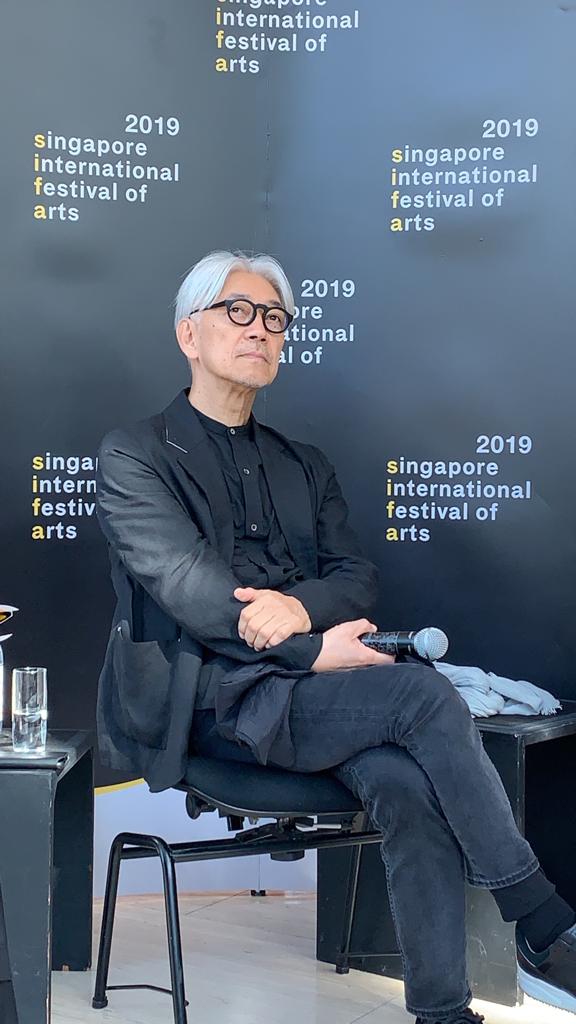 In a press conference held on Thursday, 23rd May at the Esplanade, both Sakamoto and Takatani were present to take questions from the press, where we found out a little more about their history, their collaboration, and their personal lives. Says Sakamoto on coming to Singapore: “I’m very happy to be here as part of a big arts festival, and honestly, because I haven’t actually seen ST/LL yet, I’m very excited to finally get the chance to!” 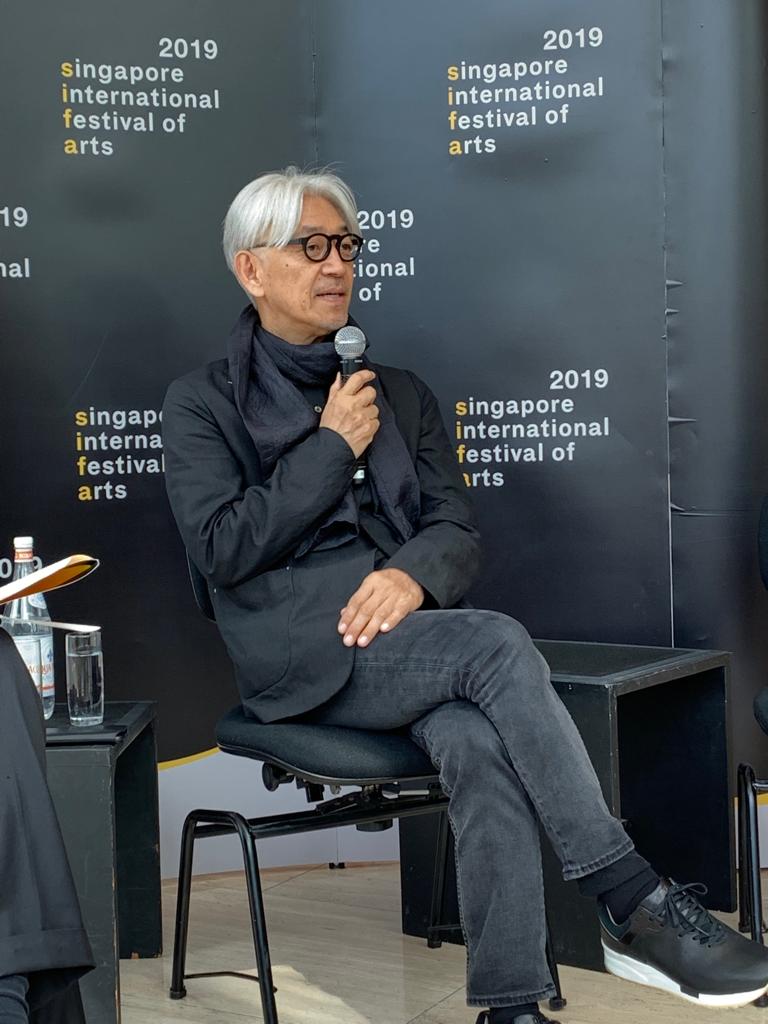 For his own work, Fragments will have audiences will be flung into the world of Sakamoto as he draws from his latest solo album, async, which was composed following his battle with cancer and reflects on the essential nature of life and death. Audience members are limited, as the performance takes place on the Esplanade Theatre stage itself. Sakamoto comments: “Using the word concert sounds far too formal, since what I’m doing is actually installation meets performance. It’s not like I’m wearing a tuxedo to get up and perform classical pieces, and in fact, it’s going to be about 50% improv. I like that it’s being kept intimate, so that I don’t have to amplify the whole thing, keeping my sound more modest instead.”

On his battle with cancer, Sakamoto adds: “That was a very harsh period, and when I got back after treatment, I was so happy to finally be able to do normal things, like eat a Japanese meal in my home in New York. In those harsh periods, I stopped listening to music, even though I’ve been living with music since the day I was born, and it was hard for me. You see, you need energy if you want to enjoy music, but I lost so much energy in that time and it became hard to muster it, and to be able to listen to it again when I got better and go back to playing concerts, it was such a pleasure.”

async marked an eight year hiatus since his previous album, but since releasing the albumin 2017, it seems that Sakamoto has been hard at work, having had Coda, a critically-acclaimed documentary about his recovery from cancer and creation process released in 2018, and just a few days ago, it was officially announced that he had composed the soundtrack for upcoming Black Mirror episode ‘Smithereens’, starring Andrew Scott (of Sherlock fame) as a disgruntled taxi driver.

Says Sakamoto on the collaboration: “Tech is such an integral part of life that it has itself become a part of nature. That episode was all about suggesting to us to review our everyday lives and how we’re always so hooked onto our smartphones. In composing for it, I tried to put music in places where people never expected for there to be music. After all, if the film itself already has enough emotions in the performance and visuals, then there’s no need to add music into it. In my younger days, I was completely the opposite, where I always felt my music was the most important part of any film and had to be the focus.” 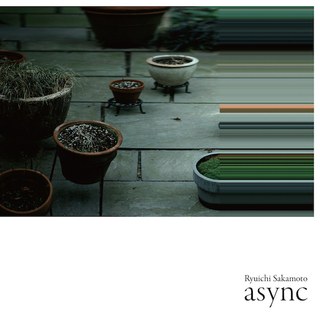 Both Sakamoto and Takatani have collaborated with countless artists and people all over the world, producing unexpected, moving and altogether genre–breaking work each time. And with regards to their own collaborations, Sakamoto and Takatani have a long history of it together, having been collaborating on multiple projects since the 1990s, from having Takatani undertake the visual direction of his 1999 opera LIFE, to co-creating the installation LIFE – fluid, invisible, inaudible … at the Yamaguchi Center for Arts and Media in 2007. Takatani even contributed the cover art to Sakamoto’s album async.

Says Takatani: “The collaboration on ST/LL started when I showed Ryuichi a video of the performance, and asked if he could do a soundtrack for it. I thought it was so interesting how there can be so many different perceptions of one image, and that relationship and difference between the way we receive visuals and music. While visuals are essentially individual pictures, music is always related to time and duration, and must have some kind of flow, which is why it’s so interesting for me to collaborate with musicians.”

Says Sakamoto: “When people come together to collaborate, they should have different ideas, abilities and techniques. Sometimes they’ll fight, but that difference is so important! I’ve always been fascinated with unknown things, unknown people, places, sounds and just more drawn to things i have never seen before. Even in my own concerts, I always want to hear new, unknown things. At some point in future, we’re even planning to present a theatre piece that both Takatani and I develop together, maybe around 2021.”

For now though, for those lucky enough to have gotten tickets to Fragments, you can enjoy the up close and personal performance by Sakamoto himself next Tuesday, and can still purchase tickets to watch the splendour of his collaboration with Takatano when ST/LL premieres in Singapore this weekend as part of the 2019 Singapore International Festival of Arts.

Ryuichi Sakamoto – Fragments plays at the Esplanade Theatre Stage on 28th May 2019. Tickets are sold out.

ST/LL plays at the Esplanade Theatre from 24th to 25th May 2019. Tickets available here