In the wake of the recent anti-extradition protests, it seems oddly appropriate that the National Gallery Singapore’s (The Gallery) latest exhibition deals with issues of art as provocative, rebellious and resonant, its Southeast Asian premiere following successful showings in Japan and Korea.

Co-organised by The Gallery, Museum of Modern Art Tokyo (MOMAT), Museum of Modern and Contemporary Art Korea (MMCA) and the Japan Foundation Asia Center, Awakenings: Art In Society in Asia 1960s-1990s collects 142 provocative artworks by more than 100 artists from 12 countries in Asia. Co-curated by Seng Yu Jin, Adele Tan, Charmaine Toh and Cheng Jia Yun from National Gallery Singapore, Suzuki Katsuo and Masuda Tomohiro from MOMAT, and Bae Myungji and Ryu Hanseung from MMCA, the exhibition seeks to bring out the ideological confrontations, nationalism, rapid modernisation, and a wave of democratic movements that characterised Asia from the 1960s and 1990s.

Says co-curator Adele Tan, “This exhibition is really all about provoking visitors to think about issues from the past and today, and to get visitors to remember how these artworks and movements were such a key part of the 20th century in Asia.” 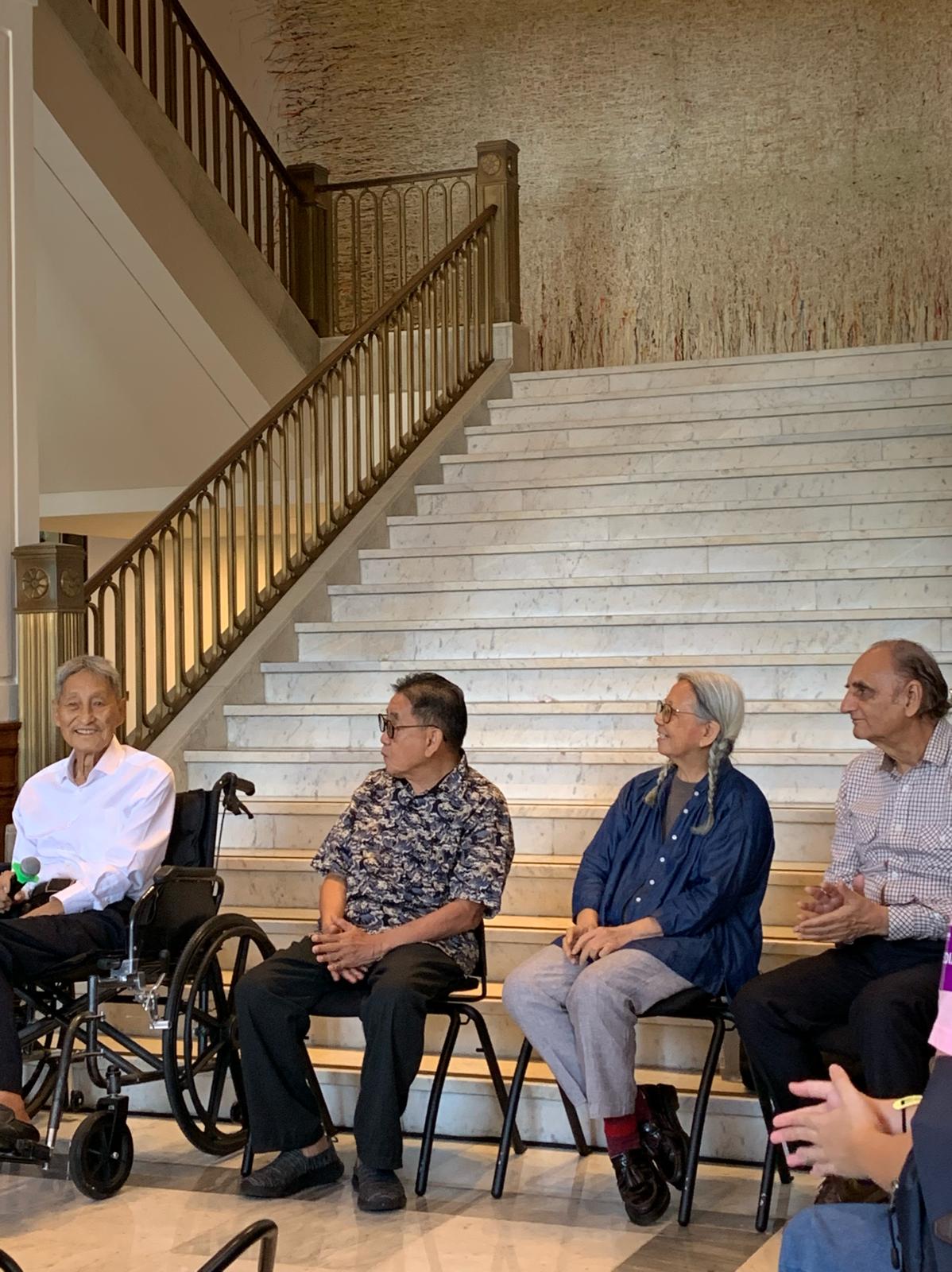 Many of these art works are also related to the multitude of experimental art practices that developed during the era , as artists and the wider public were awakened to the emancipatory power of art to shape and assert their identities. Chronicling one of the region’s most turbulent periods through a transnational artistic lens, Awakenings also focuses on the radical qualities of experimental practices in Asia, spotlighting how artists questioned conventions and challenged those around them to assume new positions of criticality in society. 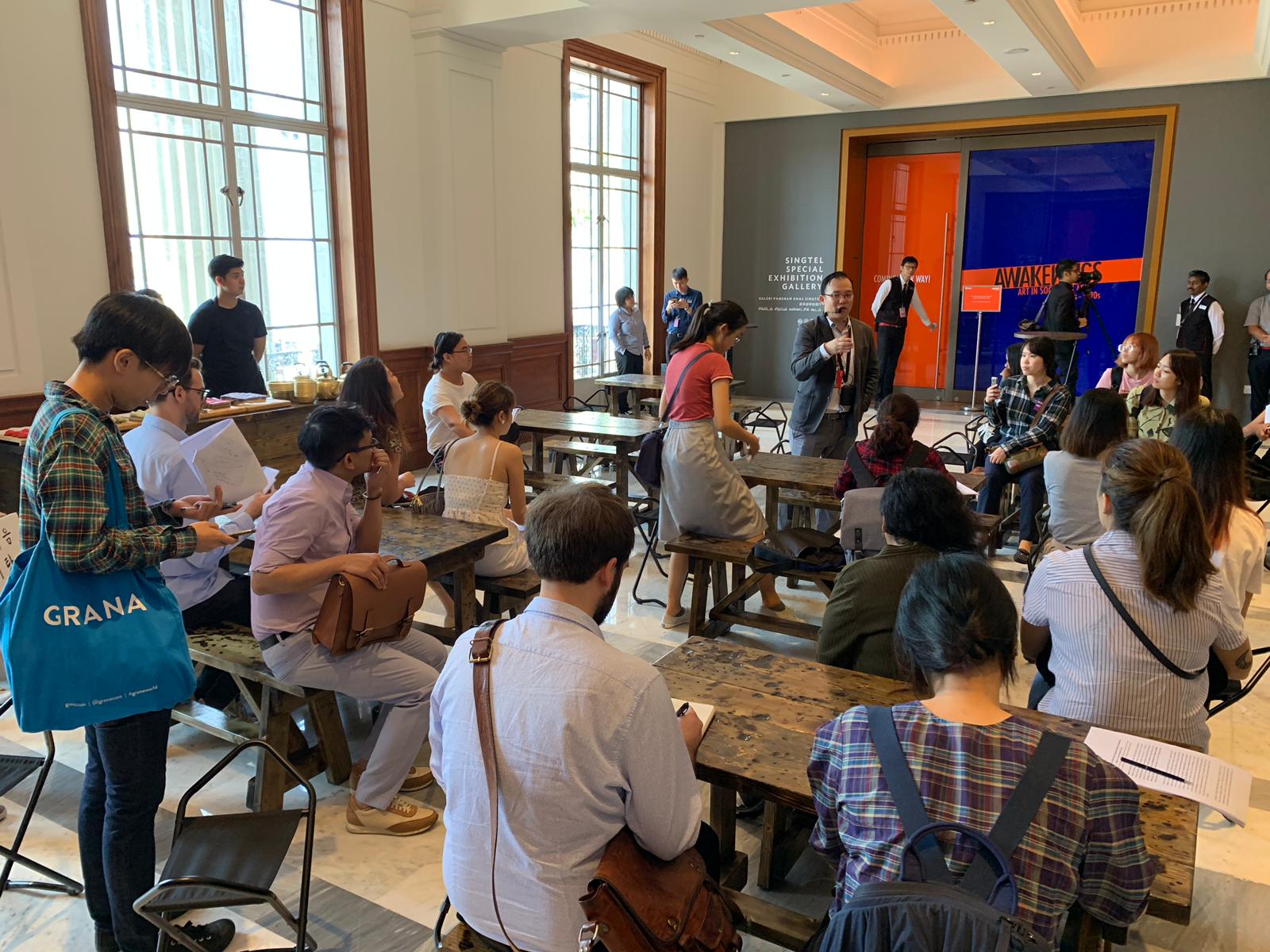 Even today, such social movements and concerns continue to be relevant, as the works collected from over three decades brings to light a better understanding of Asia and how its politics, society, economics and culture changed over the years. In turn then, the Gallery hopes And through this explorative journey of deep introspection, reflect upon the role that art continues to play, in serving as an expressive tool that brings important social issues to the fore. 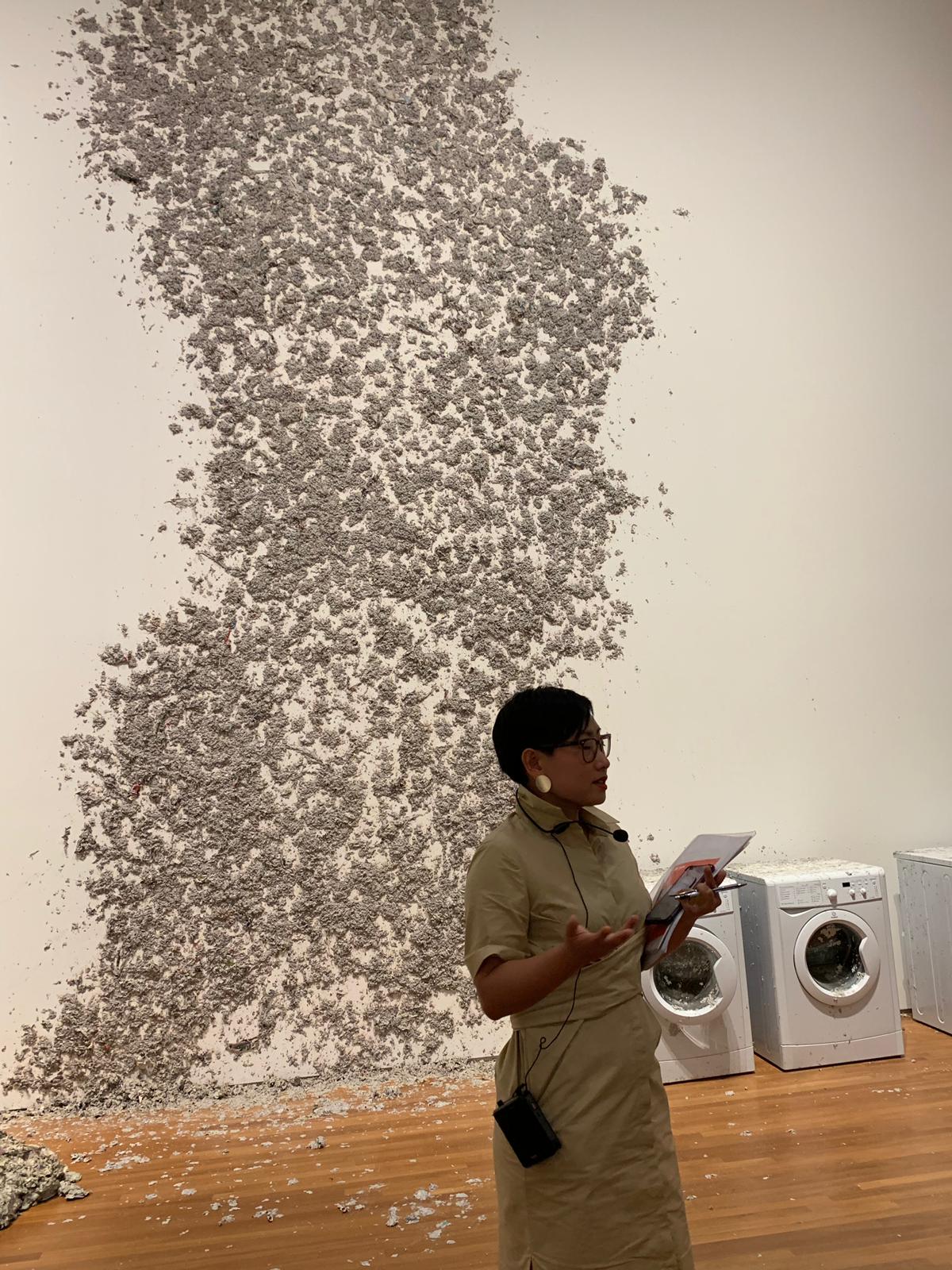 Four years in the making, Awakenings is divided into three sections – Questioning Structures, Artists and the City, and New Solidarities. Artists at that time found intersections between art and activism as they questioned invisible but dominant structures of power in society, seeking to express the struggles felt by the marginalised with the rise of rapid urbanisation and consumer capitalism. Art was relocated into everyday reality and public space to communicate these common ideas among the people. 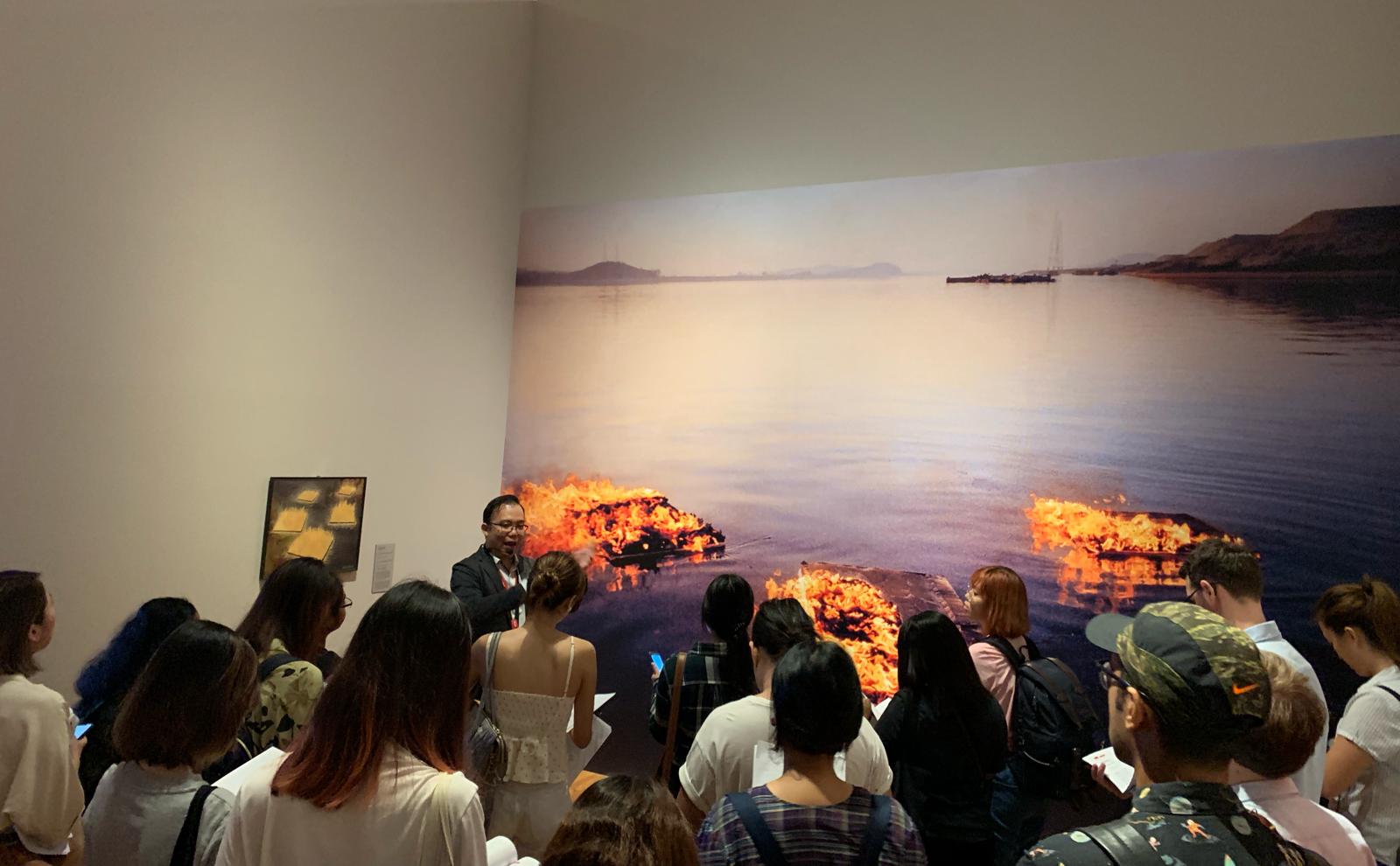 A new awareness of subjectivity and broad criticisms of Western modernism also led to the emergence of various aesthetic experiments and movements that looked to escape the modern concept of ‘art for art’s sake’ and to bridge the gap between art and everyday life. ‘Awakening’, in this case, thus refers to this heightened awareness towards politics, the emergence of new artistic attitudes, and a newfound belief that aesthetic voices could respond to the region’s own geopolitical contexts. 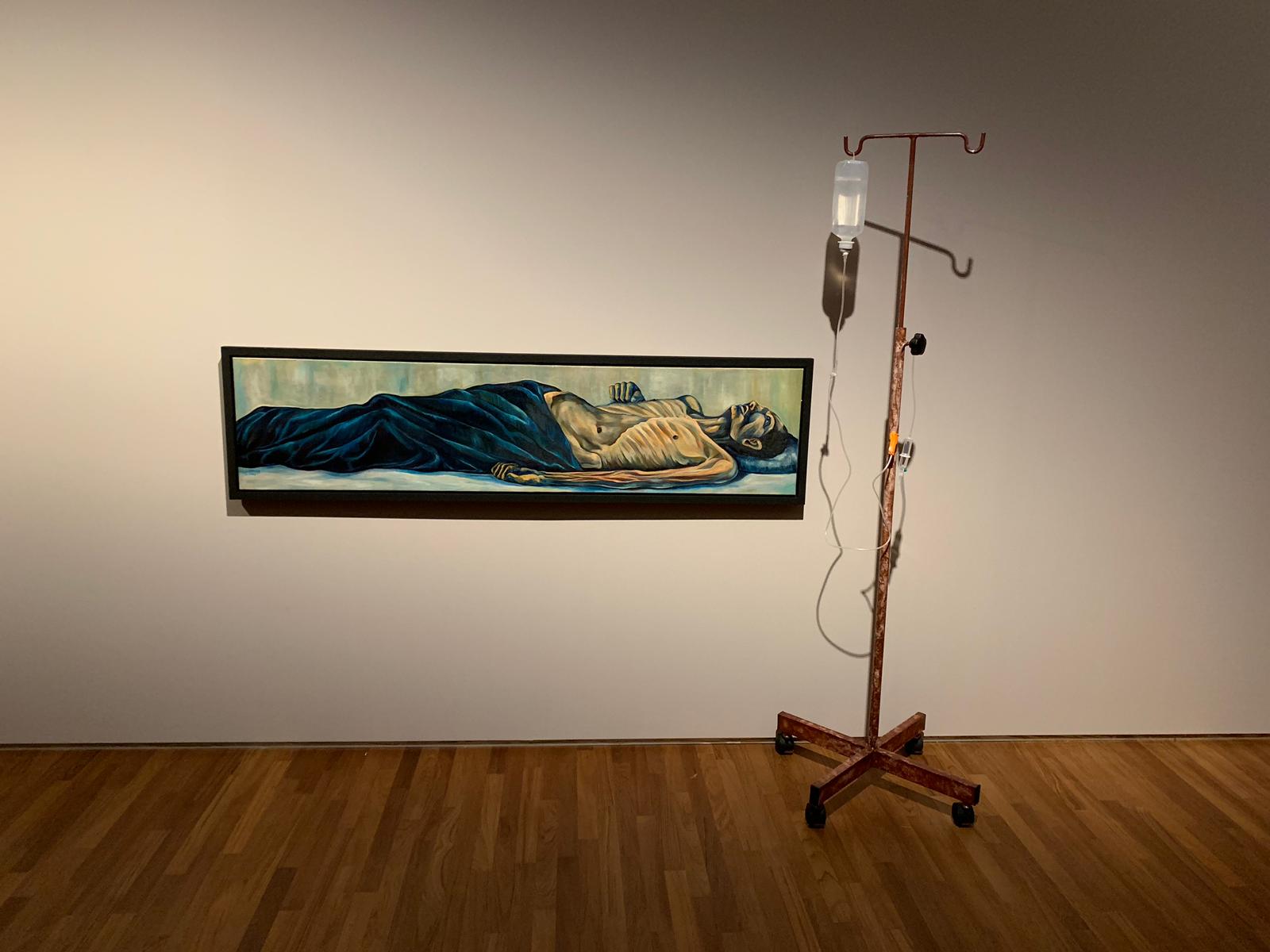 This strong determination to effect change led to redefined boundaries for art in Asia. Artists began to experiment with new technologies and materials to capture local stories, including using their own bodies in performance art, photography and video and incorporating everyday objects into installations. At the same time, new artistic collectives formed around the region, using art as a means of socio-cultural communication, and developing localised responses to some of these shared issues.

Artworks to look out for include French-Chinese artist Huang Yong Ping’s Reptiles – shaped like traditional Chinese tombs and constructed out of French newspapers through three washing machines, Reptiles explores the cultural connections and conflicts between the East and the West.

In Indonesian artist F.X. Harsono’s What Would You Do If These Crackers Were Real Pistols?, pink, pistol-shaped crackers are gathered in a pile in front of a wooden table. Viewers are invited to consider the infiltration of violence into everyday life here with a simple question – the work’s title, while audience members are to participate in the work by writing their responses in a book provided, as they sit down and observe the pile in front of them, and imagine real pistols.

One can already see Siti Adiyati’s Eceng Gondok Berbunga Emas (Water Hyacinth with Golden Roses) the moment one enters the Gallery from the Coleman Street entrance. First shown in 1979, Siti belonged to a group of young artists who rejected the aesthetic conventions of Indonesian fine art. These water hyacinths are interspersed with hundreds of seemingly majestic gold-coated plastic roses, representing a contrast between life and artifice, and critiques the euphoria of overwhelming consumerism under Indonesia’s then-President Suharto’s New Order. In the artist’s words, “It is just an illusion symbolised by the golden rose in the sea of absolute poverty that the water hyacinth represents.”

In Lee Ufan’s Relatum, hard steel and soft cotton are juxtaposed to give the appearance of weightless steel, leading one to question the dynamic between objects and the space surrounding them. Its title, Relatum, refers to a philosophical term denoting a group of things between which a relation exists, harking back to Lee’s position as the leading theorist and practitioner of Mono-ha (School of Things), a Japanese art movement that developed in the 1960s from the collapse of colonial world orders, anti-authoritarian protests, and the rise of modernity critiques.

Awakenings also charts how students also expressed themselves through art, such as  Thailand’s United Artists’ Front who opposed art produced for the capitalist interests of those in power. In the exhibition, visitors can see recreations of the actual banners used during protests, such as before the Thammasat University Massacre of 1976, ever important as students and educational institutions, even today, continue to rebel and decry figures of authority with their heady youth and steadfast senses of morality and justice.

Finally, audiences can even participate and sit around some of the artworks, including Lee Kang-so’s Disappearance—Bar in the Gallery. This installation is a restaging of the original from 1973, as Lee subverted the sterile, “white cube” gallery environment by transplanting the lively hubbub of everyday Asian life into the space. Lee set up chairs and tables from his favourite chumak (traditional pub) in a gallery, transforming it into a gathering place where people could have a glass of makgeolli (a form of rice wine) and chat freely at a time when South Korea was under an authoritarian regime. The artwork is then completed with the audience’s participation, the content comprising the visitors’ engagement and experiences. The Gallery continues this artwork by inviting visitors to pull up a seat and participate, encouraging them to share in food, drink and convivial conversation with family and friends every Friday to Sunday, from noon to 4pm.

Says Dr Eugene Tan, Director of National Gallery Singapore: “While Asia is known for its diverse cultures, languages and traditions, the countries also have much in common artistically. Awakenings reveals unexpected connections and resonances across the region, spurred by a collective hunger for change, innovation, and the desire to achieve social communion through art. It also aims to shift the perspective that the artistic revolutions in Asia were largely influenced by movements from the West to how experimental art emerged from local social and cultural contexts.”

Images courtesy of National Gallery Singapore and the respective artists