How I Learned To Drive: An Interview with Wag the Dog Theatre

In the third year since their inception, local theatre ensemble Wag the Dog is growing with each new production, stronger and better with each new staging. This June, they’re back again with their latest mainstage production, presenting Paula Vogel’s Pulitzer Prize-winning play How I Learned to Drive. 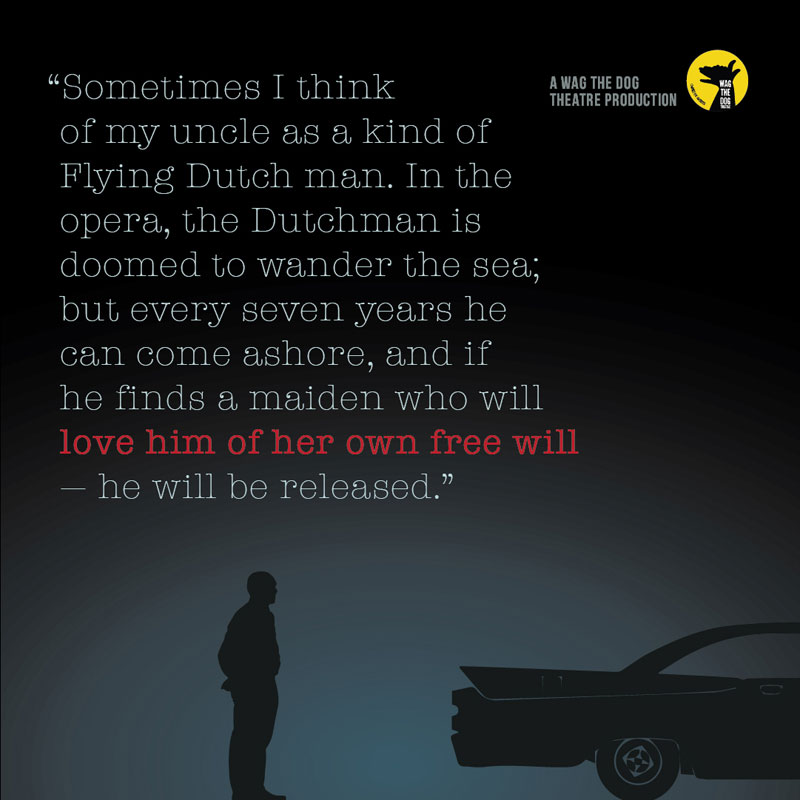 Says founding and cast member Sean Worrall: “As an ensemble, we’ve always aimed to stage the best available writing in the world. And How I Learned to Drive is honestly the best script I’ve seen, and there’s real motivation this script has given us during rehearsals.”

Set in rural American in the 1960s, How I Learned to Drive explores the life of L’il Bit, a teenage girl as she comes of age and navigates a complicated relationship with her uncle Peck. Growing up in a broken family, L’il Bit grows up surrounded by pubescent boys and grown men who see women as objects, yet never stops looking for love. As she drives down the dangerous road of life, can L’il Bit tries to steer herself a safe path to adulthood? 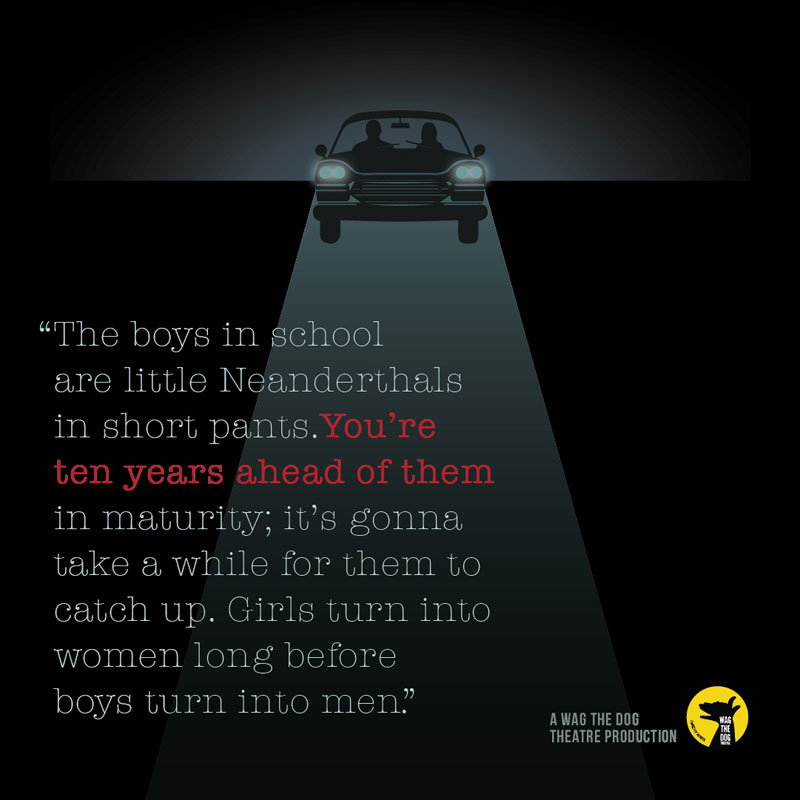 Directed by Warren Baumgart Jr., the play will star Wag the Dog ensemble members Deborah Hoon, Victoria Mintey, Susie Penrice Tyrie and Sean Worrall, along with guest actor Mario Chan. Says company manager Harry Marshall: “Casting was colourblind, and I think that this idea of varied identities onstage is certainly something to be celebrated. Even in the ensemble itself, we’re already an international group of practitioners from various backgrounds, united by our genuine passion for theatre.”

In terms of selecting the script, founding member Susie Penrice Tyrie explains: “We read a lot of plays, but this one, it was a really challenging, complex play that goes backwards and forwards in time, with a chorus and everything. It ends up reading like a voice in your head, and I think it links back to how survivors of abuse tend to have a dissociation with their own body. Within the text, you notice there’s a lot of instructions, and a lot of symbolism in the act of driving. It ties back very nicely to the era it’s set in, about how we can choose whether we want to challenge authority or not, or this idea of trusting someone and that someone abusing your trust.” 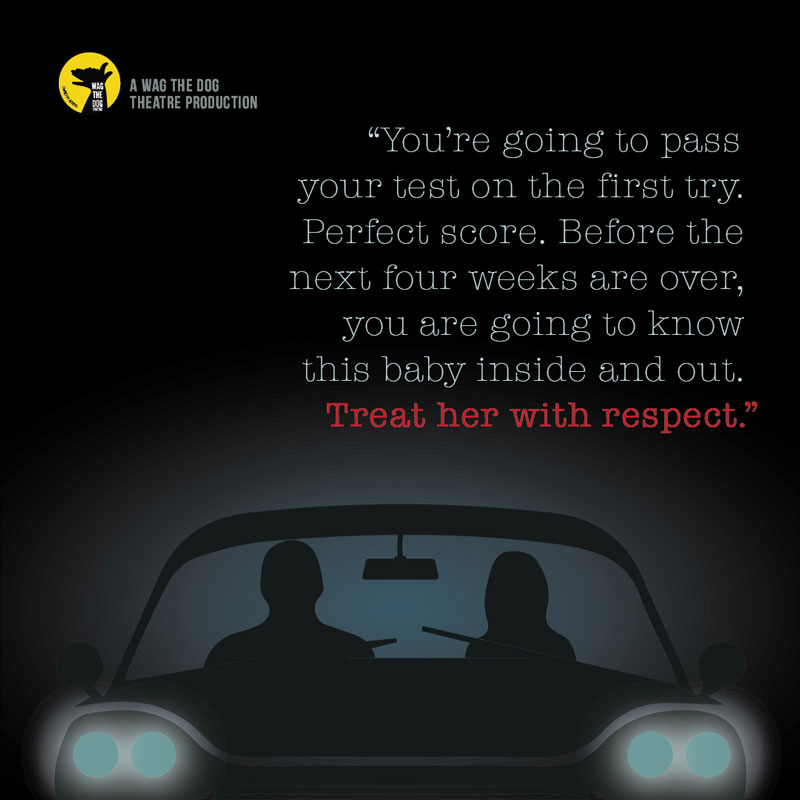 Adds Susie: “Each time we did a reading we saw a new layer to the text. This time around we’ve cast actors from outside of the ensemble, and we’ve got a lot of young talents working backstage from LaSalle, Ngee Ann Polytechnic and Republic Polytechnic, and they all know the play inside out. This really was a play that excited and struck a chord with each and every one of us, and we can’t wait to show it.”

Regarding directing an ensemble, director Warren Baumgart Jr. explains: “The work we do is mostly about doing established plays, work that good writers have written. That even at this stage as we sit down and continue to do reads and rehearsals on this script, we’re discovering more and more layers each time. Within an ensemble, there are always so many conversations, and we like to really talk to each other. We’re not really self-conscious, and we’re all about learning and growing together.” 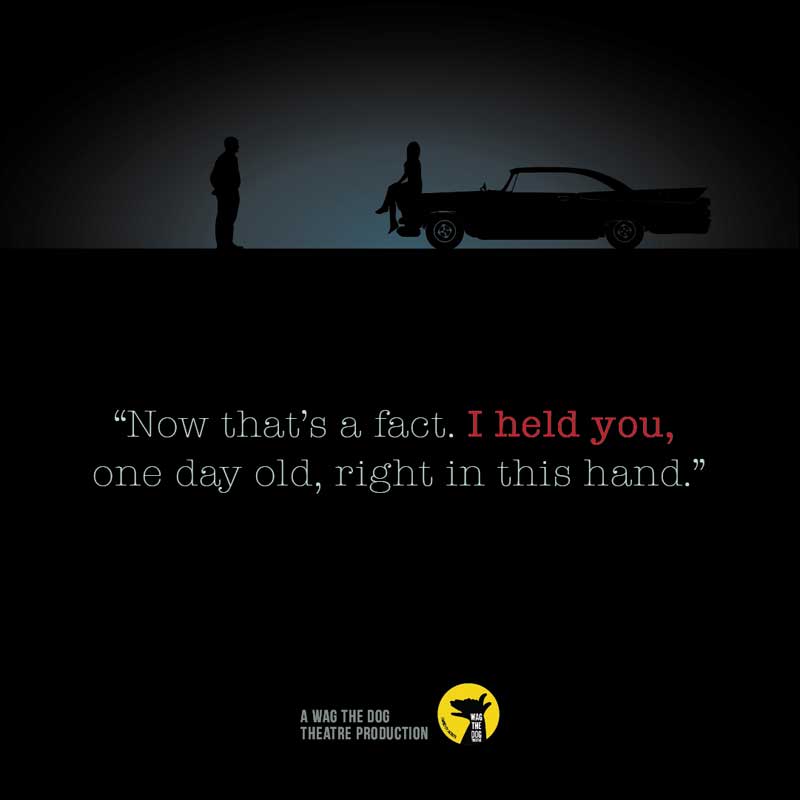 On the challenges of the play, Warren adds: “There will be miming involved, and there’s a technical challenge to that. Although we’ll have new actors like Mario, it’s going to be great working together and it always feels good to expand the ensemble. Even bringing in the polytechnic students to help out in the admin or backstage work, it’s just great working amongst these people, and haven’t shied away from any of the challenges.”

“No one person within the ensemble is a ‘star’, so to speak, and we all have this common goal to do things better together,” Sean concludes. “Having an ensemble piece makes it a very one for all, all for one approach. Our work is driven by our shared passion, and it’s so important for all of us to be there to support each other’s thoughts and ideas. For example, if someone wants to do a work, they will get the full support of the group, and we’ll split tasks like ticketing, marketing and so on amidst ourselves. From there, all these different personalities coming together and working with each other, well, we end up growing together too.”

How I Learned To Drive plays from 21st to 29th June 2019 at the Drama Centre Black Box. Tickets available from SISTIC