Review: How I Learned To Drive by Wag the Dog Theatre

Learning to put the brakes on trauma with a lesson on driving.

Getting a handle on trauma is often like driving on a rainy day. Your perspective is foggy, the road ahead is slippery, and you can’t shake the constant anxiety that accompanies every second in the driver’s seat. And with Wag the Dog theatre’s latest production, that concept of control and being controlled by trauma is explored and dramatised with a staging Paula Vogel’s award-winning How I Learned to Drive. 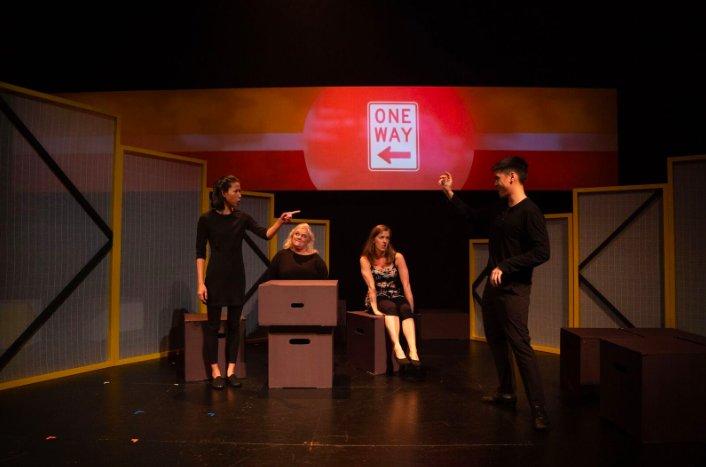 Directed by Warren Baumgart Jr., How I Learned to Drive follows Lil’ Bit as she recounts her complicated childhood in 1960s rural America. Finding herself entwined in a complicated sexual relationship with her Uncle Peck, Lil’ Bit then attempts to piece together the traumatic series of adolescent memories, and find closure with the entire incident.

Much like the way our memories come to us in non-chronological order, the narrative of How I Learned to Drive jumps back and forth in time, emphasising that sense of confusion one feels when it comes to traumatic memory. There is the constant sense of unease as Lil’ Bit attempts to make sense of her past, and come to terms with the abuse she undergoes as a teen. 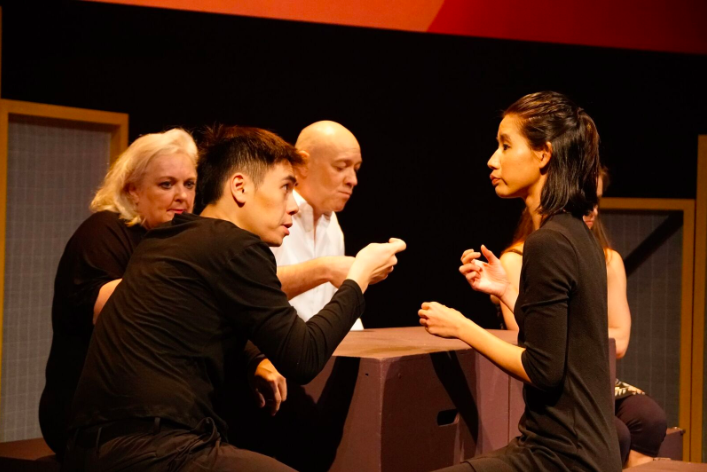 As protagonist Lil’ Bit, Victoria Mintey has plenty of emotional weight to pull throughout the play, and encapsulates the look and feel of a woman haunted by her past. When narrating her past, Mintey adopts an almost aloof tone of voice, as if disembodied from this past self. This manifests itself even in the direction at times, where she watches herself from a distance, choosing to physically take herself out of that memory.

Opposite her, Sean Worrall, as Uncle Peck, similarly embodies the role perfectly. Dressed in a simple white shirt and khaki pants, Worrall’s portrayal of Uncle Peck exudes the impression of an innocent, nondescript, middle-aged man. There are times one might even sympathise with Uncle Peck, his pleasant veneer and calm voice a powerful foil to the predator beneath. 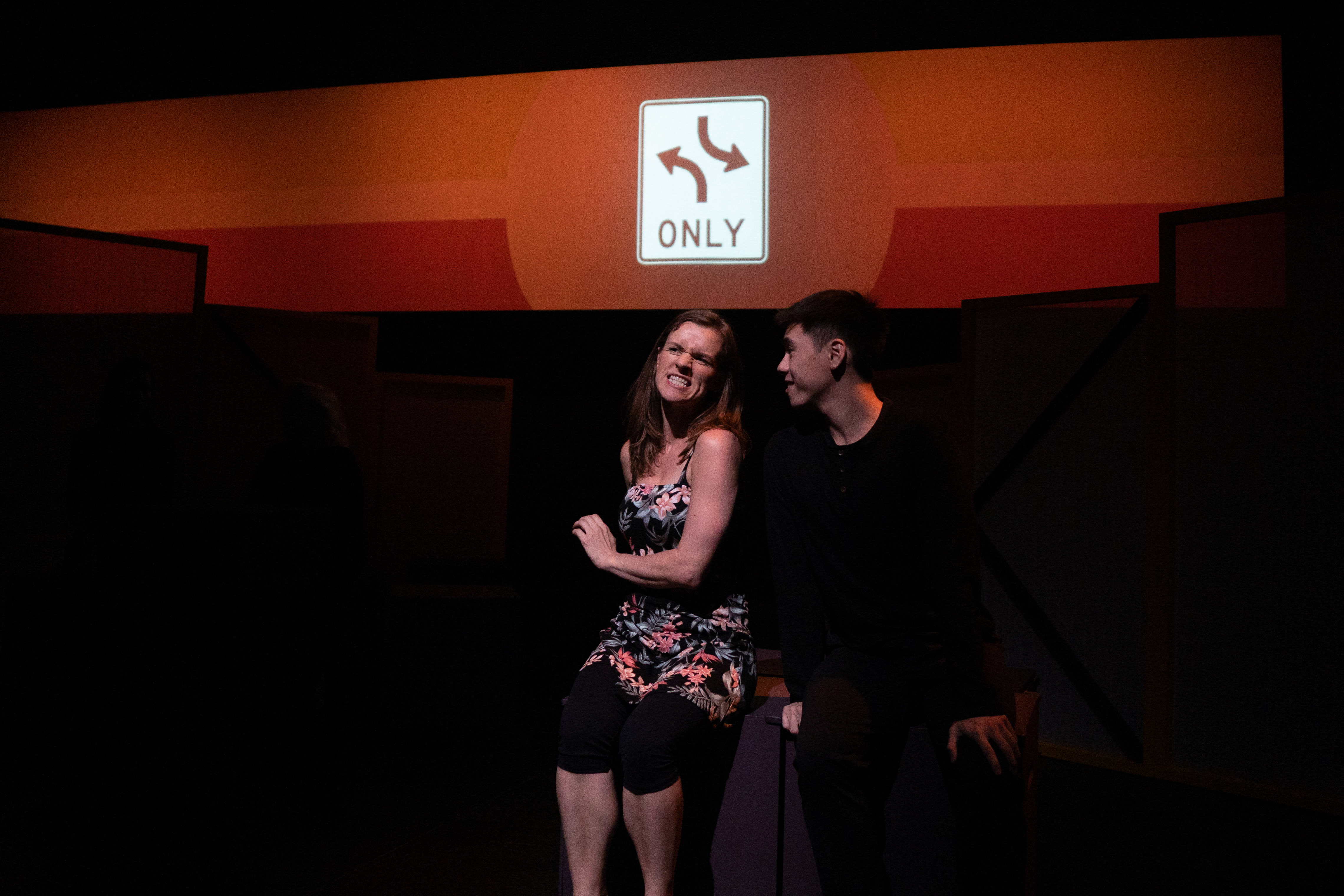 While the pacing of How I Learned to Drive can be slow at times, the play truly comes alive when Lil’ Bit and Uncle Peck are onstage together, with Mintey and Worrall’s electric onstage chemistry giving these scenes a strong sense of tension. From the very beginning, we are already introduced to the unusual relationship the two share, as Uncle Peck feels up seventeen year old Lil’ Bit in the car, leaving us discomforted and disturbed. From that moment on, the car continues to act as a symbol and reminder of all that is wrong with their relationship, a source of fear rather than a place of strength.

Over the course of the play, there is a constant shifting of morality, where it seems Lil’ Bit, in her childhood innocence, may even have inadvertently led herself into the abusive relationship she winds up in. While there are times where Uncle Peck is clearly painted as a predator, such as when he takes erotic photos of thirteen year old Lil’ Bit, there are other moments where she seems to lead him on, allowing him into her life out of a child-like naïveté and innocence to help. These are moments where one is reminded of what it feels like to be gaslighted by our own memory, blaming ourselves for the abuse we suffer at the hands of others, when the reality is, we were being manipulated all along. 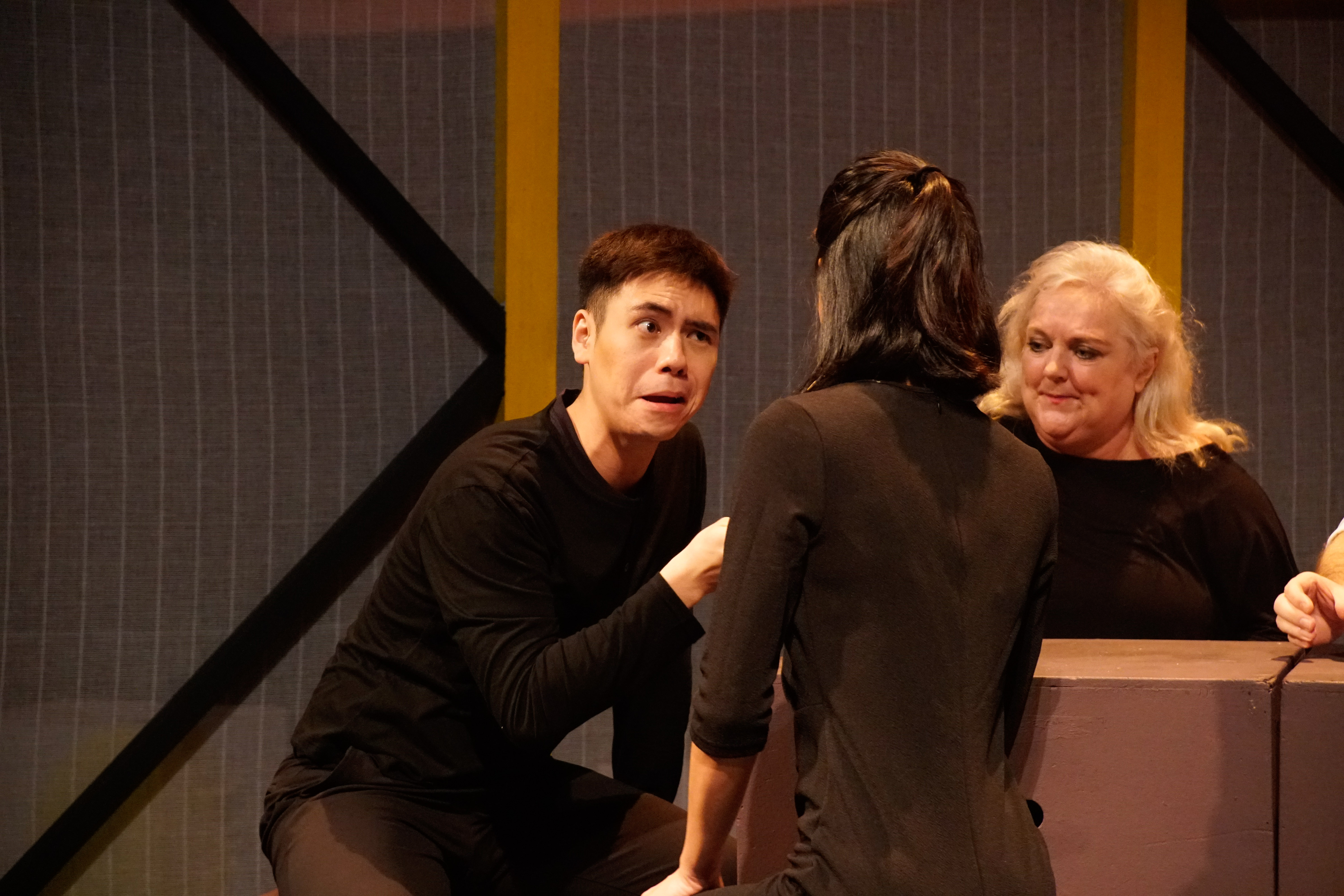 Further complicating our view of their relationship is the family and schoolmates Lil’ Bit is surrounded by (played by the Greek chorus of Mario Chan, Deborah Hoon and Susie Penrice Tyrie), whose own relationships with sexuality are either to treat it as a joke or taboo, leaving her isolated and unable to ever speak frankly about it to anyone. This toxic environment is emphasised in a monologue from Peck’s wife (Susie Penrice Tyrie), who ends up blaming Lil’ Bit for leading Peck on with her sexuality. It is completely understandable then why she’d seek solace in her Uncle Peck, the only man in the world who seems to understand her, even while wrestling with his sexual predation.

As complicated and scarred Lil’ Bit is left from her past though, How I Learned to Drive still ends on a powerful note as it eventually destroys Uncle Peck’s character altogether, portraying him as a desperate, obsessive man whose sexual crimes cannot be denied. In the same way that we recognise his villainy, so does Lil’ Bit, as she eventually plucks up the courage to retake the driver’s seat, speeds off into the distance, and leaves Uncle Peck behind.

Even 22 years on, there is a timelessness to How I Learned to Drive that is certain to resonate with anyone who has ever been caught in an abusive relationship, alone and unable to escape. What it does leave us with is the ever necessary reminder the in spite of the pain, the confusion and the trauma, given enough time, one day we too can wrest back control of our bodies and lives, and drive off confidently into a brighter future.

How I Learned To Drive plays from 21st to 29th June 2019 at the Drama Centre Black Box. Tickets available from SISTIC