The origin story of Pulau Ubin as a Mandarin musical.

From criticism of our colonial past to entire installations about Sang Nila Utama and beyond, the Bicentennial year has ensured that a bumper crop of new plays would emerge looking back on Singapore’s history. Amongst these is the Fool Theatre’s latest production, a brand new, original Mandarin musical, which, in contrast to some of the more serious productions this year, takes a lighter look at the origins of one of our offshore islands.

Directed by Xavier Kang and written by Terence Chan, Rock Guardians of the Sea sees teenager Wang Cai (Joel Low) as he finds himself beleaguered by a school assignment to research and present the history of Pulau Ubin. Hopelessly lazy, he find himself transported to a dreamland where he meets a Frog (Abby Lai), an Elephant (Tanya Ang) and a Pig (Kimberly Chan). Attempting to scam them into helping him out, it’s not long before they encounter the dangerous Third Prince (Edward Tan), as he stands between them and the portal home. 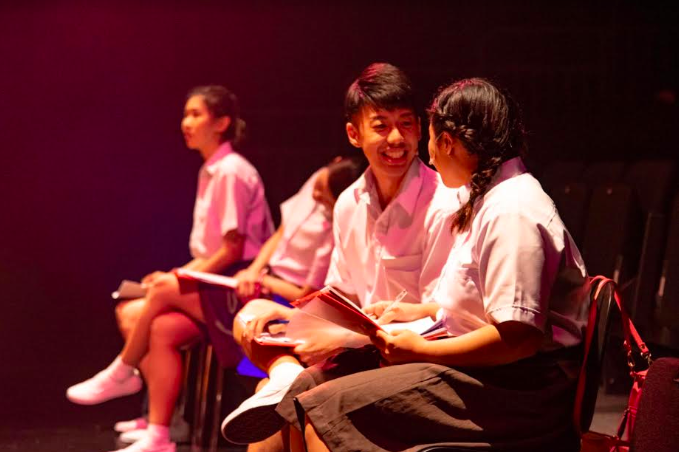 Taking inspiration from the legend of how a frog, elephant and pig were supposedly turned to stone to become Pulau Sekudu and Pulau Ubin, Rock Guardians of the Sea is a play that’s primarily driven by a need to educate audience members on facts about Singapore, along with moral lessons to take home. With a simple yet colourful underwater world filled with colourful strips of cloth by designer Vivien Lau, and colourful costumes by Valeree Ray Lee, visually, it looks like a performance that would be perfect for a Saturday morning children’s show on Channel 8, with potential to be toured around schools for assembly sessions. 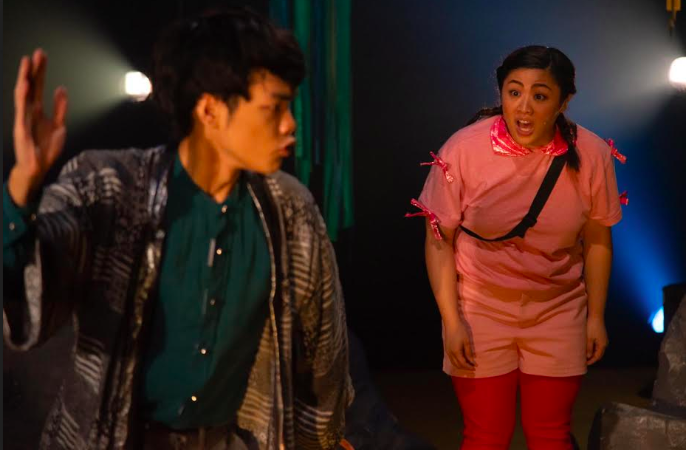 Yet, the biggest issue with Rock Guardians of the Sea is that it often feels caught in an identity crisis, not quite knowing exactly what age group it ought to be targeting. With its main character a teenager, Rock Guardians of the Sea teeters on the edge of immaturity, comprising elements such as fart jokes and its educational aspects featuring incredibly basic nuggets of knowledge, such as teaching audiences what is Singapore’s national flower or whether Sang Nila Utama or Stamford Raffles first stepped foot onto Singapore, making it seem that they instead want to appeal to a younger audience. At the same time, running at 90 minutes, it is perhaps a little too long for younger audience members, while it also lacks any kind of audience interaction or breaking the 4th wall to really draw in audiences to the world it has created. Oftentimes, we found ourselves scratching our heads as to who exactly this show was intended for. 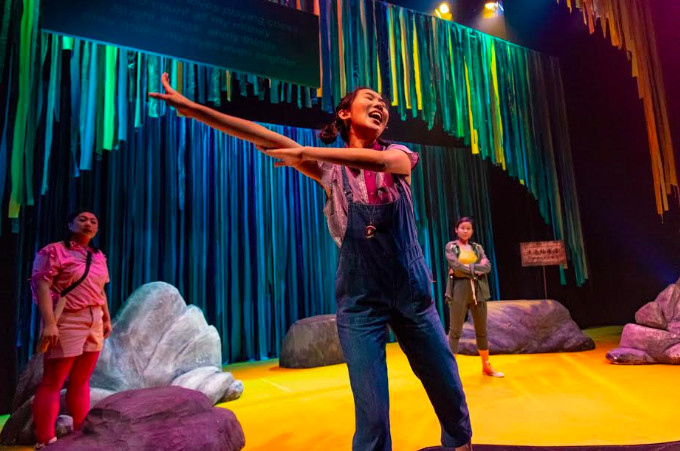 As the three main animal characters, Abby Lai, Kimberly Chan and Tanya Ang’s antics and constant bickering are entertaining enough, each one turning in strong performances in their own right with good onstage chemistry and energy with each other. Pit against the antagonistic Third Prince (with Edward Tan delivering a deliciously villainous performance, at times genuinely threatening), their vices of laziness and greed are effectively brought to light and the message behind their punishment is clear. 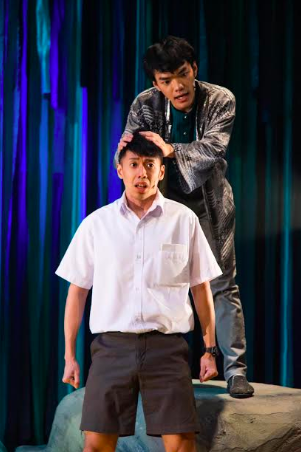 It is perhaps protagonist Wang Cai who is unfortunately the most underwritten character, as his arc is not developed or clearly established enough to feel the impact of his transformation or even understand his decision to save all three characters at the end of the show, which is instead haphazardly resolved via song. While Jonelle Lim’s compositions are certainly pleasant to listen to and by no means bad, the score is forgettable enough that it neither spotlights any of the cast’s singing talents, nor are there enough memorable refrains or catchy leitmotifs to stick in our heads after the show. One does, however, applaud the Fool Theatre in attempting to showcase such young talent, and believe that Jonelle’s work shows potential to be further developed to greater success. 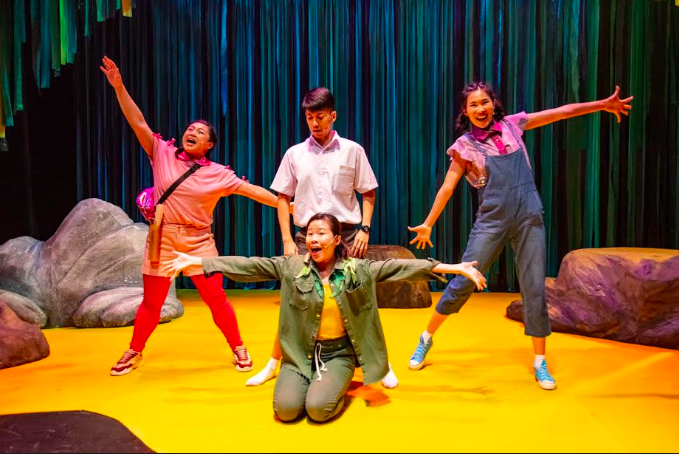 While this reviewer was inspired to run a quick Google search on the legend and history behind Pulau Ubin (one I was not previously aware of), overall, what Rock Guardians of the Sea ultimately results in is a fun but safe production. Leaving the theatre, one felt that it neither pushed the envelope nor leaft a compelling enough reason why we should have taken an (emotional) interest in these stock characters besides the moral lessons they attempt to impart us with.

As their second production, Rock Guardians of the Sea seems to suggest that The Fool Theatre will primarily be creating new work explicitly aimed at a school-going audience, rather than work that hopes to appeal to a wider, more general audience. If they do hope to expand beyond this limited scope, The Fool Theatre would do well to return to the strengths of their first production, and create more nuanced, impactful work that is less didactic, and more thought-provoking, and carve out a stronger, more diverse company identity for themselves instead.

Rock Guardians of the Sea plays from 4th to 14th July 2019 at the Drama Centre Black Box. Tickets available from SISTIC

0 comments on “Review: Rock Guardians of the Sea (守护海洋的神岛) by The Fool Theatre”