A new cast member and a tighter script keeps Chinatown Crossings as rewatchable and poignant as ever.

When we watched Chinatown Crossings last year, little did we expect it to end up becoming one of our favourite productions of 2018. With a sold out run, it was heartening to hear that Drama Box had managed to bring it back again this year so more audience members could be privy to this extraordinarily powerful piece of theatre. 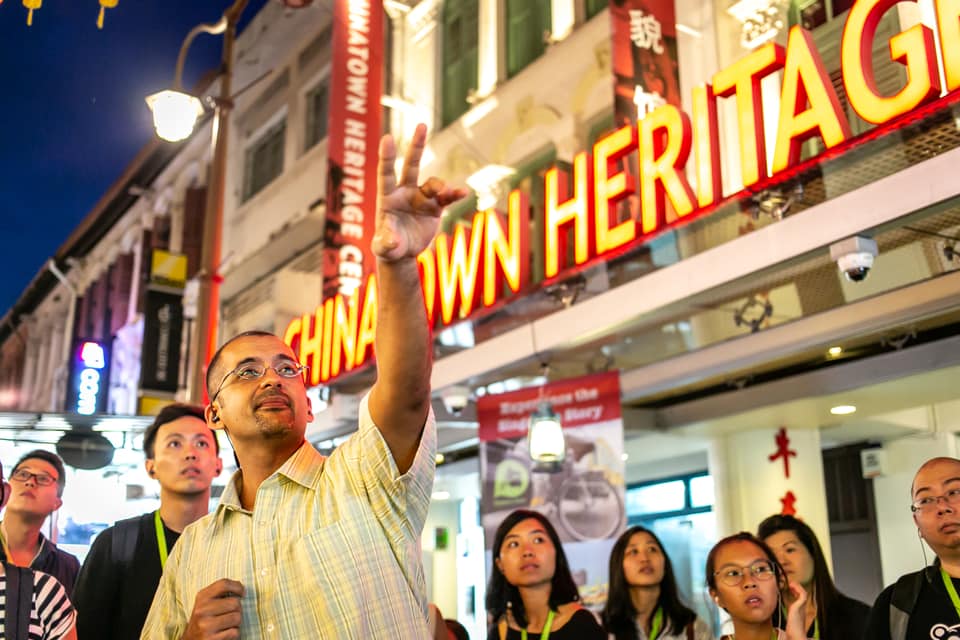 While primarily the same show as last year, Chinatown Crossings has now been made tighter and smoother with the revisions made to the script and route. Directed by Koh Hui Ling and written by Jean Tay, the promenade theatre experience takes audience members on a tour of Chinatown by various characters, as they share their own personal experiences growing up in Chinatown’s rich, surprisingly multicultural past. Taking us through shophouses and temples, hawker centres and former red light districts, the characters simultaneously segue into their own complicated emotions and histories with the area. 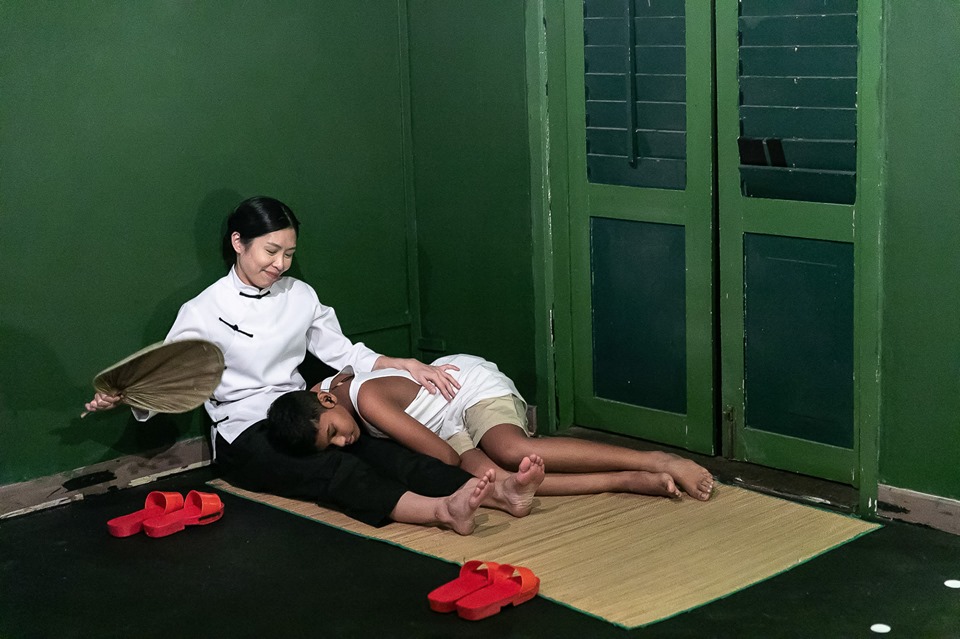 Reprising their roles from the previous run, Pavan J Singh and Jodi Chan (as Kunalan and majie Fong Cheh respectively) both still retain the same strong chemistry as we witnessed last year, the buildup of their relationship deftly handled. Jodi Chan’s final scene in particular, as an elderly Fong Cheh slowly making her way into the distance as we watch on, remains a tearjerker of a moment. But perhaps the biggest change of all to Chinatown Crossings is new cast member Wendi Wee Hian, taking over from Sabrina Sng as as Ting Ting, Kunalan’s childhood friend and ‘princess of Chinatown’.

While the character remains the same, Wendi’s performance flows with a fiery spunk that makes her feel unabashedly confident each time she appears. Her energy is electrifying, drawing in audiences the moment she opens her mouth to speak. With Jean Tay’s revised script, Ting Ting’s relationship with Fong Cheh is subtly but significantly better fleshed out as well, making it more difficult for her to come to terms with wanting to leave Singapore (and Fong Cheh) behind, helped by Jodi and Wendi’s good chemistry that plays off well against each other. 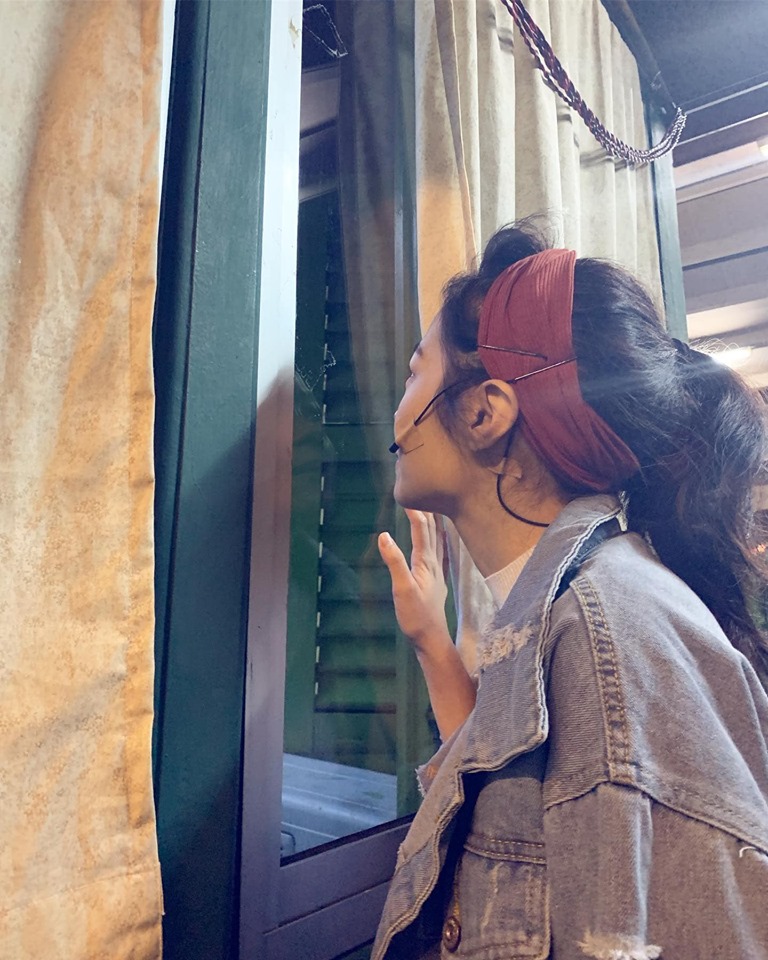 In addition, the route for Chinatown Crossings has also been cut short this year, ending about 30 minutes less than the previous production. Yet, the breadth and depth of content covered feels just as much as before, if not richer. This year, there is a far stronger tension felt in the neverending battle to leave the past behind in the relentless pursuit of progress, or preserve it as best as we can. This is felt especially towards the end of the play, as walk behind Keong Saik Road with a clear view of the soon to be relaunched Pearl Bank in the background, we hear a ‘news clip’ of the uncertain future of the building, with notes that residents themselves find it difficult to live in. This then cuts to a robotically-voiced ‘ad’ for the refurbished condominium, monotonously selling its location and promise of amenities. One is left to ponder what it is we lose to the past as we aggressively change the landscape for the future. 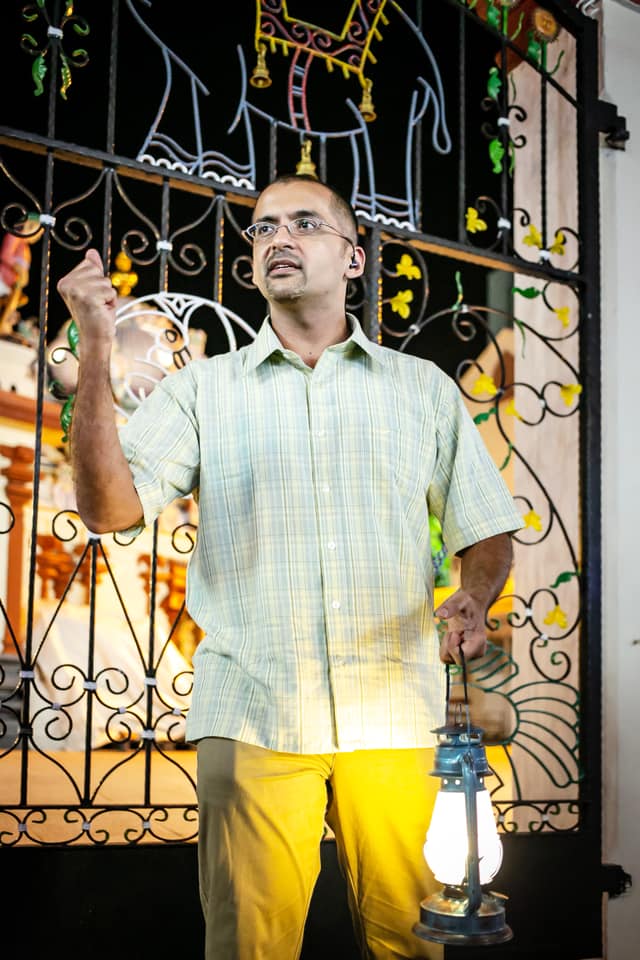 Above all, what Chinatown Crossings manages to get right that makes it a winning production is the seamless weaving of stories and education, keeping us entertained while still learning plenty of new facts about the area. There is a sincerity to the performance and script that never makes any of this feel hackneyed, instead, always necessary to our understanding of the narrative. The idea of alleyway puppet shows is effectively presented as an integral part of the characters’ childhoods for example, or the way Fong Cheh explains the majie vow of celibacy one that allows us to feel even closer to her by understanding her past. 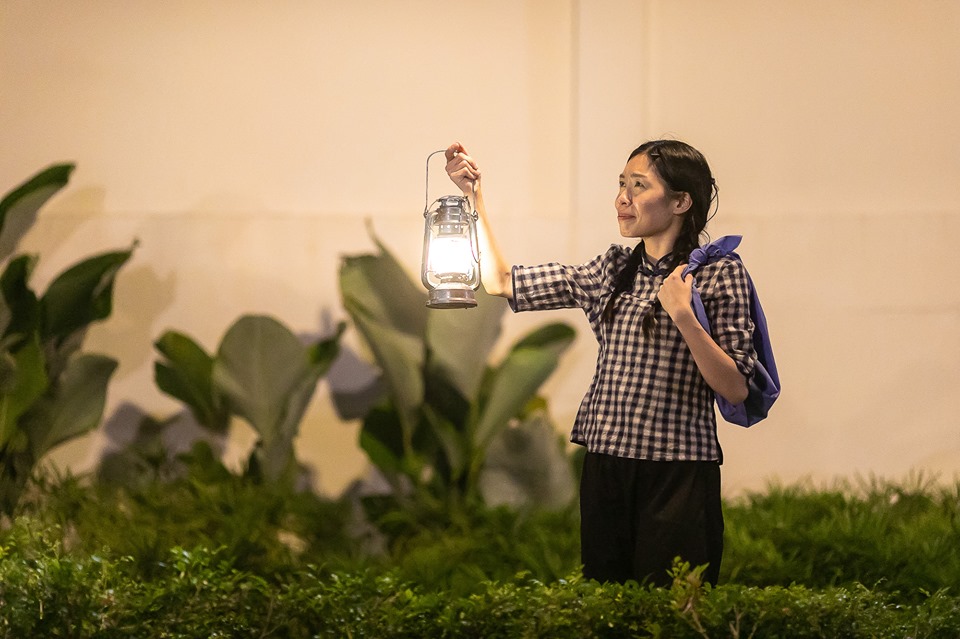 With this 2019 run, Chinatown Crossings reaffirms why it was our favourite immersive production of 2018, elevating Chinatown to so much more than the tourist trap people often mistake it for. It is so rare that a play can still feel fresh each time it is experienced, despite knowing what comes next, yet still hitting just as hard with the nostalgia it creates in the short time it is given, and delivering an emotional gutpunch as we watch these three characters struggle and grow apart as their childhood home similarly transforms beyond recognition. One cannot help but feel the ache of loss for the people and stories past we can never quite capture again in the modern world, as we learn to painfully accept that change is the only constant.

Chinatown Crossings runs at Chinatown till 13th July 2019. Tickets are sold out.