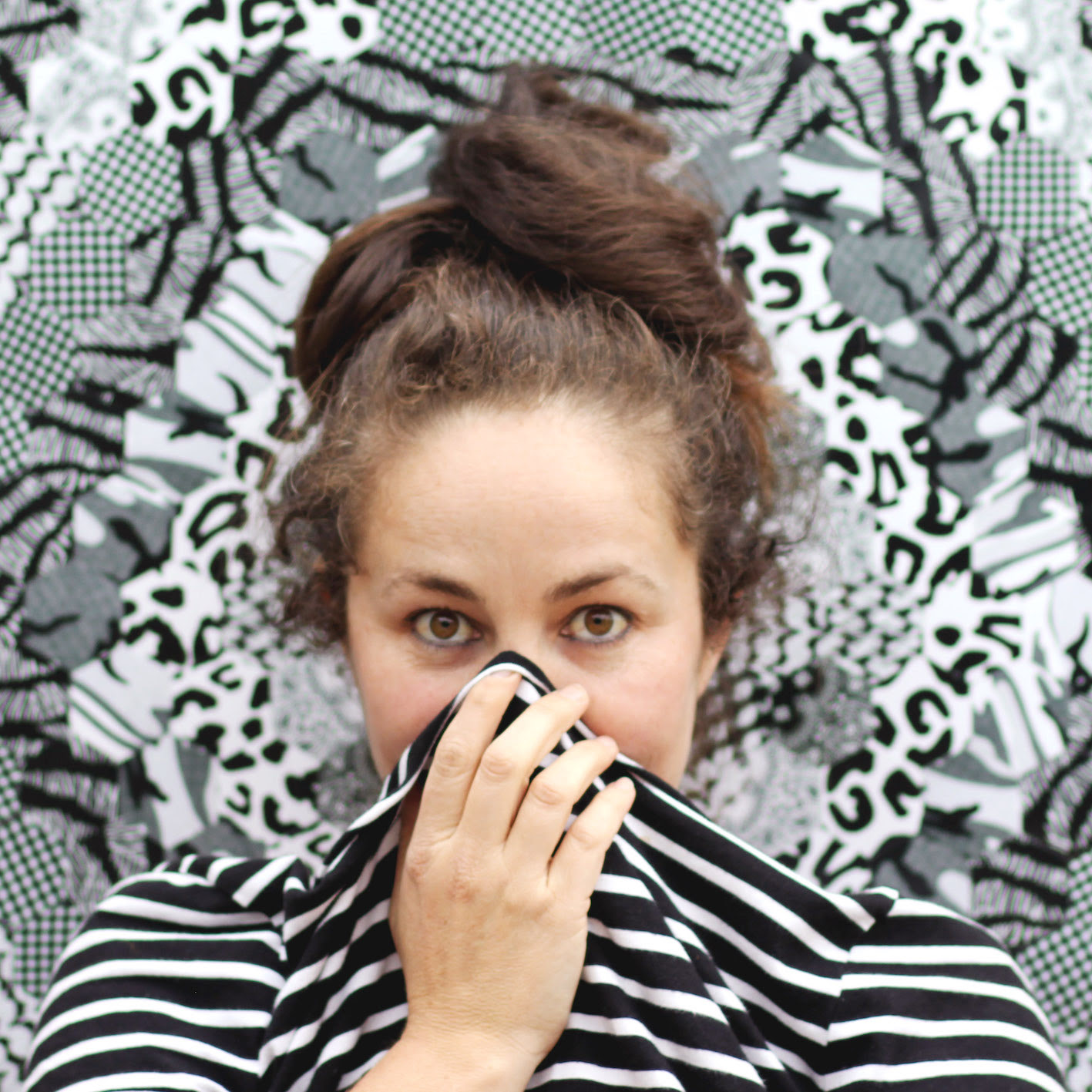 With her latest work then, …like a siren it repeats sees Wyman presenting new collages that continue her investigation into visual resistance. Wyman’s work focuses on camouflage and surveillance and how it is manifested in protest and biology. In this exhibition, she explores aposematism – a form of camouflage in which an animal’s colour and pattern (often yellow and black) function as a siren to warn off predators. This new work draws from and contributes to her MAS-archive (begun in 2008) that catalogues the attire of masked protesters from around the world.

For the first time Wyman collages together the dangerously beautiful biological world of noxious plants and animals with the dissident space of protest. The chromatic and luminous contrast of yellow and black increases visibility and warns of a potential danger for both animals and humans alike. Wyman highlights how this optical strategy has been employed by countless individual protesters and collectives; including the ‘Yellow Shirts’ (Southeast Asia), the Umbrella Revolution (Hong Kong), Black Lives Matter (internationally) and the ‘Yellow Vests’ movement (France). This visual tactic offers the wearer protection as well as an entry point into the social imaginary space of collective desires and wishes for change.

There are three large collages in this exhibition that mimic patterned symmetries employed in William Morris’s Victorian wallpaper designs. With this reference Wyman continues her interest in ‘ideological textiles’ – decoration used as a tool for communicating political beliefs. Other new works employ a recent technology called DeepDream – a digital program that trains computers to have imagination by ‘seeing’ images within an image. This computer vision coupled with hand-cut photos conjure new conspicuous ‘bodies’ located between animal, human and artificial domains.

…like a siren it repeats runs from 24th August to 23rd September 2019 at Sullivan + Strumpf Sydney. For more information, visit their website here