PENANG, MALAYSIA – Temples may be sacred ground, but for artist Lee Mok Yee, they also double as a gallery, specifically for his latest exhibition Superstition II. Inspired by their interiors and significance, the Malaysian artist has crafted installations in two beautiful temples in George Town as part of the 2019 George Town Festival, each one delving into concepts of religious symbolism, Taoist philosophy and managing to link them back to politics. We spoke to Lee about his process and artistic choices, and found out a little bit more about his history, motivations and thoughts. Read the interview in full below: 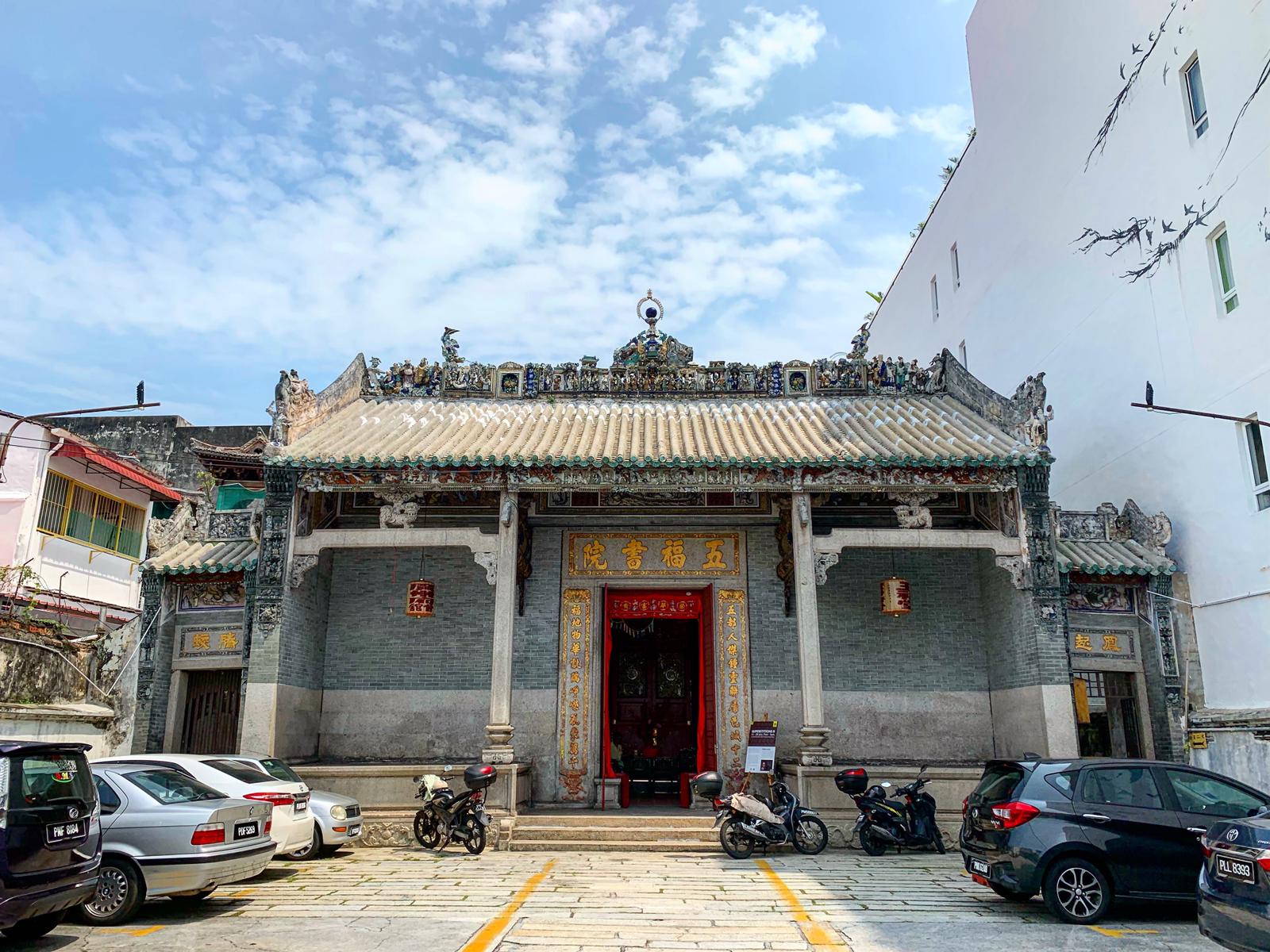 Bakchormeeboy: Why were these temples chosen as the venue of theses exhibitions?

Mok Yee: In 2016, I was travelling to Poland and there was an opportunity to watch a performance from a local group titled “Song of the Goat Theater”. The show was amazing, and I liked how they use a different space to perform. They performed in church, in theatres and it looks really great with every venue. For visual art, we knew that the Palace of Versailles in Paris does invite different contemporary artists to exhibit. And I like how the contemporary works corresponded with the venue and wanted to do it in Malaysia as well.

We visited few clan houses in the beginning but chose Yap Temple and Ng Fook Thong Temple. Yap Temple has a very unique location which it is at the same street with Little India, Guan Yin Temple, Sri Mahamariamman Temple and Kapitan Keling Mosque. I think only Georgetown and Melaka have streets that contain three different temples or mosques at the same time. I found that the location suited my incense series which also explores different patterns (Chinese and Islamic), different sources of incense (Thai, Chinese and Indian) and of course, based on the Chinese traditional folk superstitions. Secondly, the series works really well with the interior of Yap Temple with their beautiful tiles and furniture. The venue is not big but very cozy for me.

For Ng Fook Thong Temple, we also called it “五福书院”. Historically, Ng Fook Thong Temple was one of the first Chinese schools in Malaysia. I thought it would be really interesting to show my old works from 2013, 2016 and 2018 which used Chinese elements such as joss paper, Qing Ming and Chinese wordings. These three works attempt to challenging our understanding of Chinese culture and show my point of view on politics, education and the economy. I would say that the works in Yap Temple are more visually appealing, but those at Ng Fook more thought-provoking. 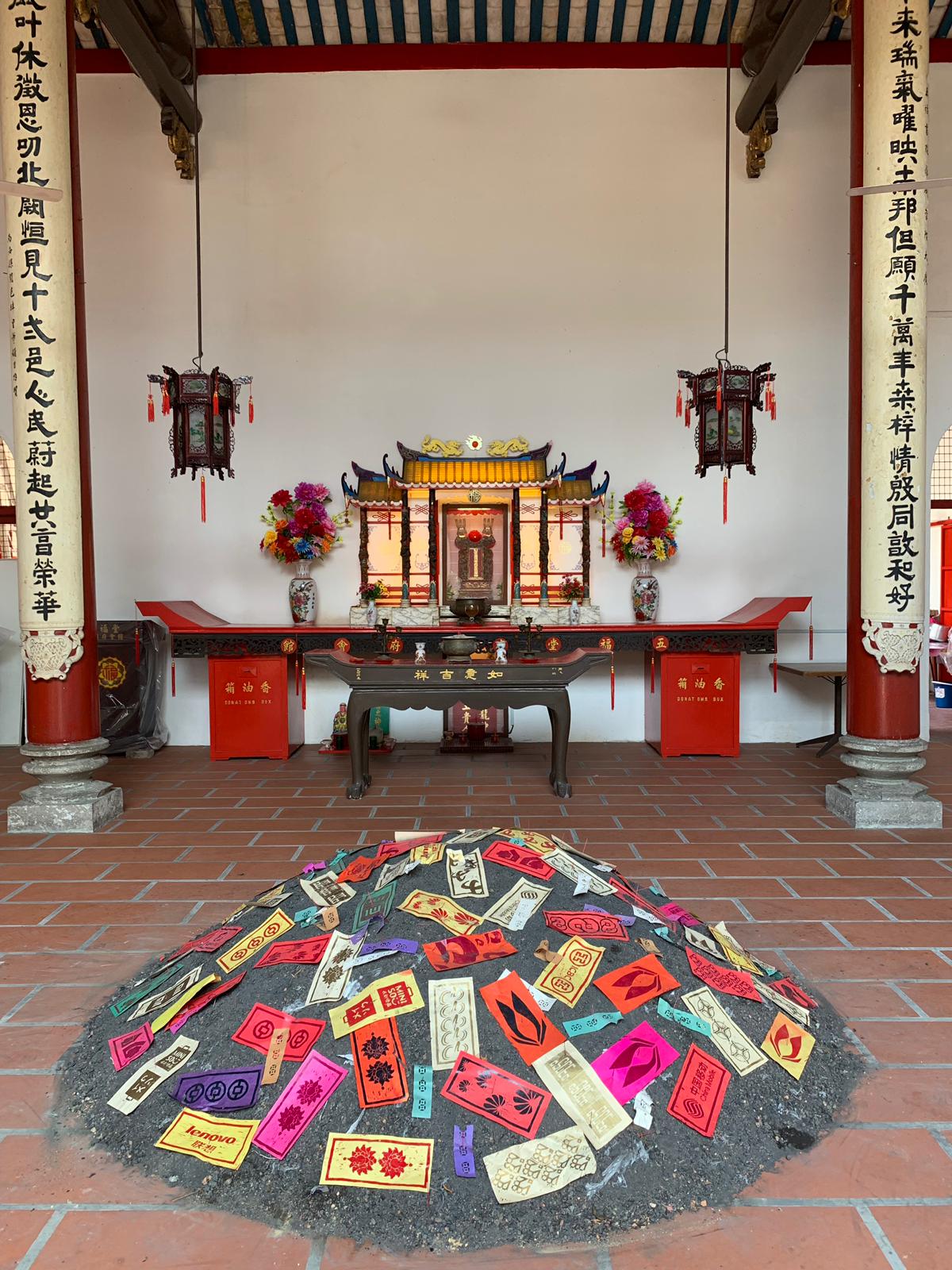 Bakchormeeboy: What made you decide to create this politically-charged work, and why this medium?

Mok Yee: For me, making politically-charged work is an archive for me to understand my self and my condition as a Malaysian artist. However, as an artist, I feel more interested in research and changing the characteristic and unity of materials which including physical materials and cultural context. At Ng Fook Thong, I used joss paper as a medium to question the roles of Media during the 13th General Election. Joss paper plays the role of messenger it is believed to be sent to somewhere that we don’t know, or somewhere imagined by us. It is superstitious, and I think has an interesting parallel with our trust in the media and political parties. You can see that the works themselves are printed with good, familiar Chinese idioms, but become fake or superstitious by printing them on joss paper. I made three paintings, and they represent our former PM, former government and ‘old Malaysia’.

For the ‘Law of Repetition’, I found 12 ancient words which are no longer used and having negative connotations. However, the wordings actually has the same pronunciation as the very important Taoist wisdom – Four Anchors and Eight Virtues (四维八德).  These twelve words often appear in Chinese private schools. However, do we really understand and can we execute such wisdom? Is the value of these words still the same after 2000 years? 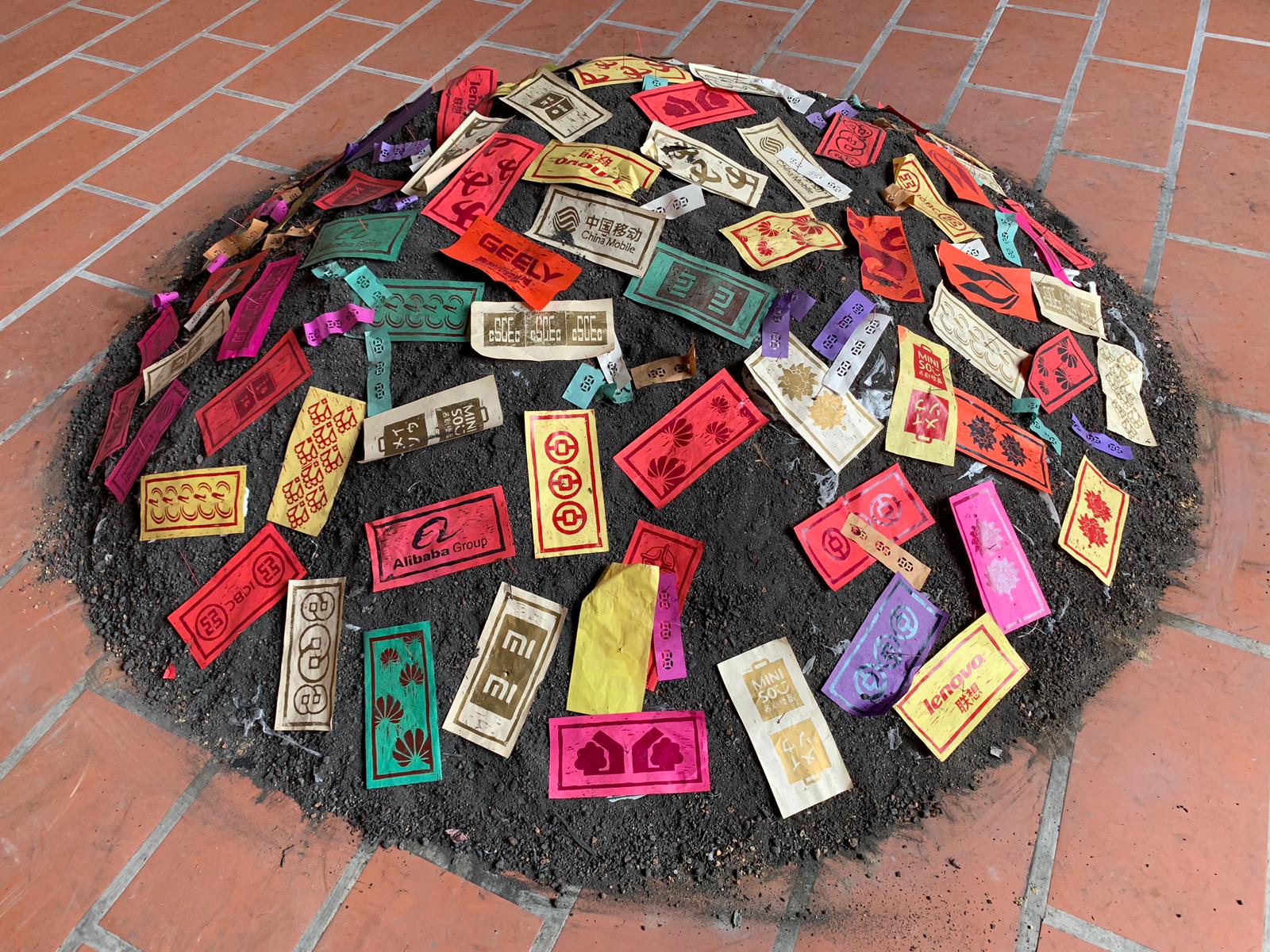 The black soil in the middle of Ng Fook Thong, I made when I was inspired when I ‘visited’ my grandpa during Qing Ming. I always like the coloured paper that used to cover and protect the graveyard, a marking to show that someone has been visited. I printed the Chinese Corporate logo on the colours paper with woodcuts, and thus, they discuss how the China economy has influenced the whole world, along with its culture, logistics and more. 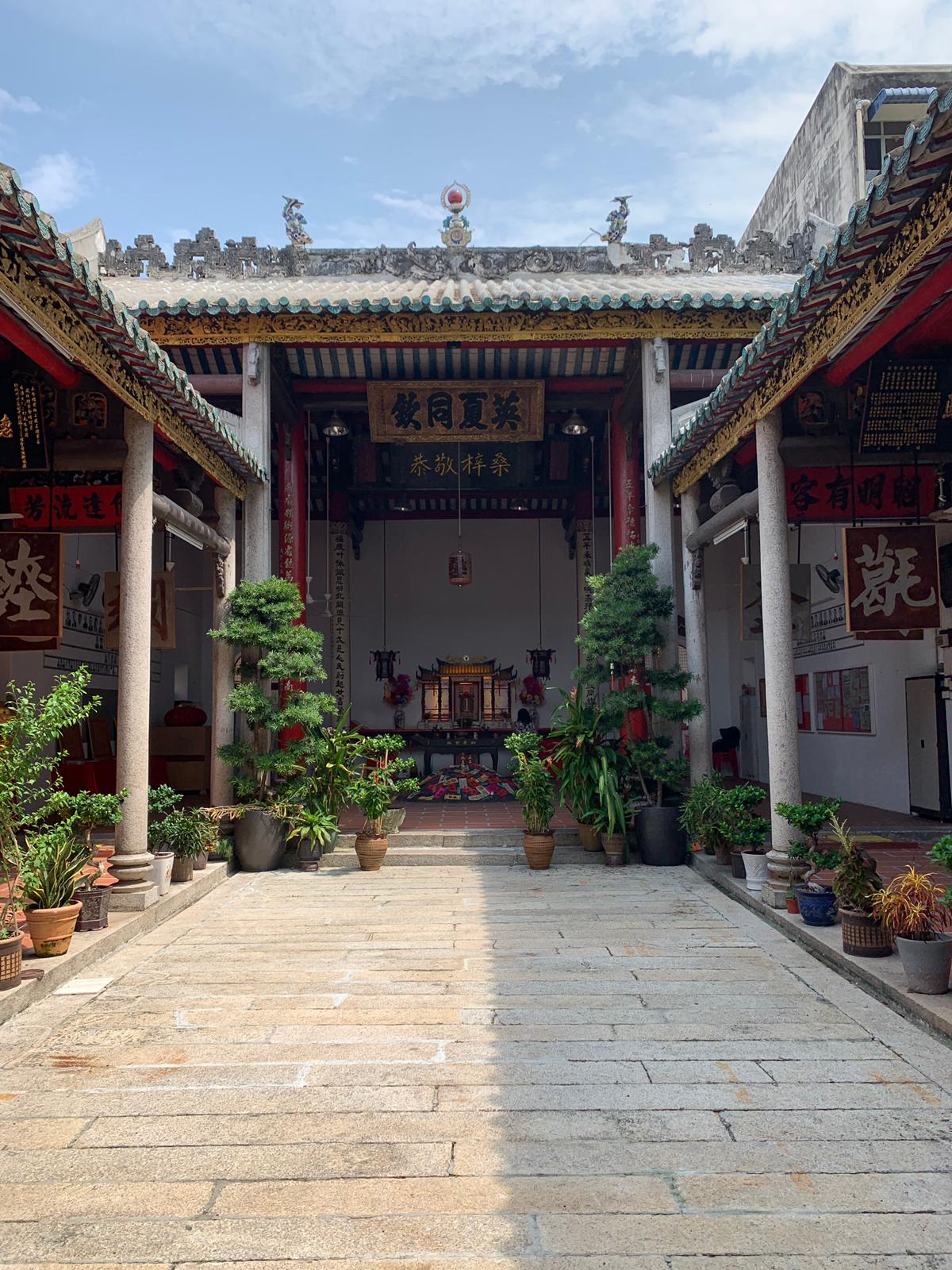 Bakchormeeboy: Perhaps you could share a bit of your own background and relation to Taoism, and whether you believe in it, specifically, its philosophy and how you’ve applied it to this work?

Mok Yee: My family was never a superstition family: my house number is 4, my dad’s car plate is 14 (similar to the pronunciation of death in Chinese). However, we do whatever my grandparents taught and treat it as tradition, with the responsibility to preserve it for our generation. From the materials, I find it very interesting that the Chinese make such beautiful things, and they are made to be destroyed, and we believe that burning them will deliver them somewhere else. For me, the materials carry a very interesting cultural context and philosophy. Not to mention, they look nice in terms of shape, form and design. Of course, I don’t believe in it, but I do believe that the rituals practiced are a way to keep the wisdom preserved generation by generation.

When we talk about Taoism, there are two different kinds. One is the religion, Taoism, the other one is Taoism by Confucians. However, these two have a very close relation, and stem from a very basic philosophy in Chinese culture. I come from a very Chinese background, where I studied at a Chinese private school and my dad taught me all about China. Since I was kid, we read different Chinese literary classics and it influences me a lot. The ‘root’ is always what my dad enforce when we grew up and I believe it is a very important philosophy in Taoism.

However, Taoism has a lot of restrictions and refusal to discuss death and our ancestors. This is also why we create so many different things to burn: because sometime actions are much easier for us to show our respect and filial piety. Making these works is a means of confronting all these restrictions, and sometime you will find that at the end the philosophy is more about reunion, relationship and makes you rethink my relationship between friends and family. 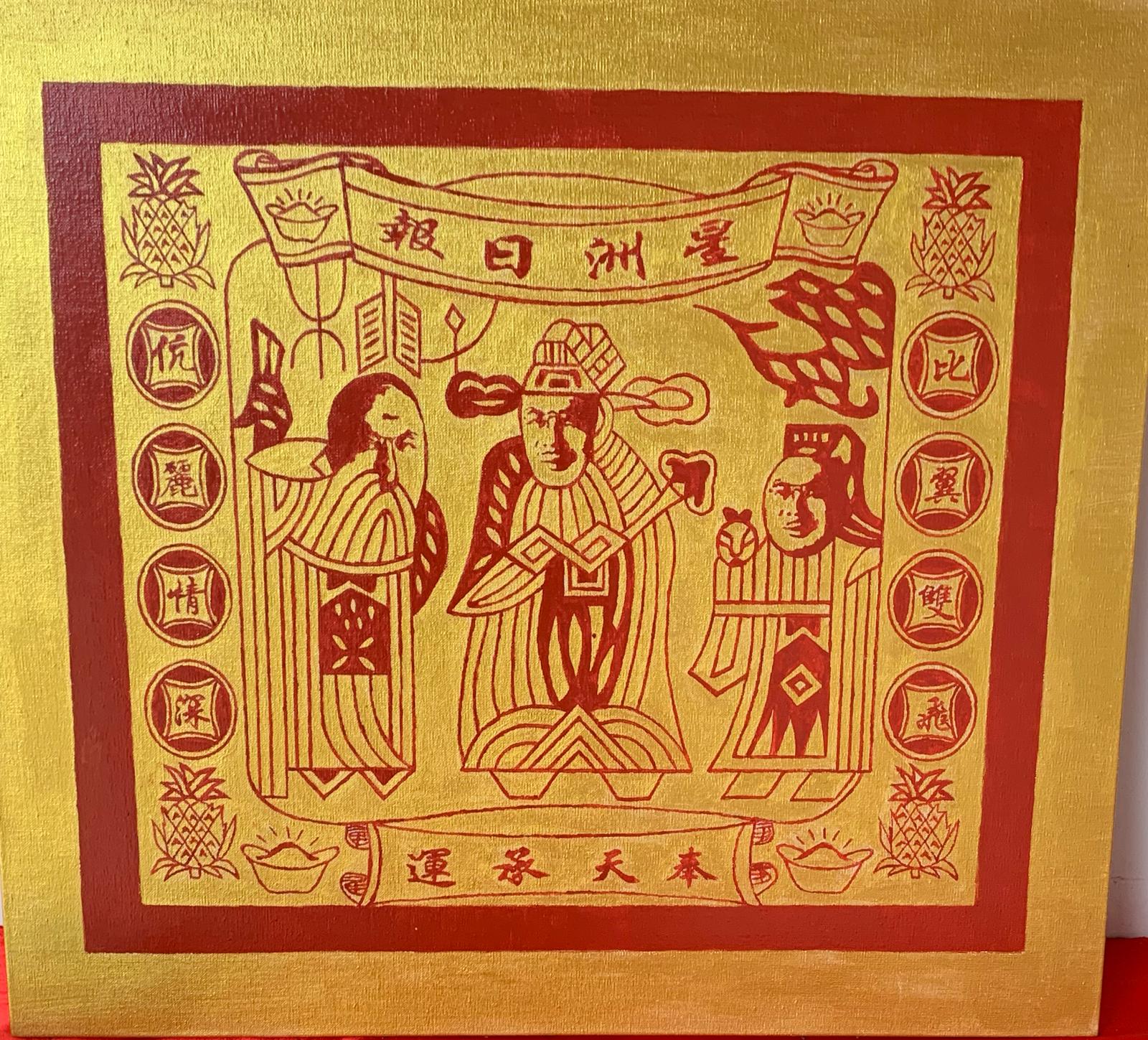 Bakchormeeboy: Tell us a little more about the obsession with patterns and auspicious symbols, such as the number 8 and the resulting octagonal shapes – why is ‘luck’ such an important factor in this exhibit?

Mok Yee: Repetition has always been a very important part in my art practice. I believe that repetition brings visual impact to the audiences and it become a kind of meditation for me. Pattern requires calculation, and needs accurate angles, size and shapes to form the pattern. I think the process keeps me calm and rational when I create works like this.

Besides that, patterns appear in every culture in the world, be it in their architecture, books, ritual symbols etc. I think patterns are something that are easier to approach and of course, I believe the tiles of Yap Temple are proof enough of the beauty of patterns. 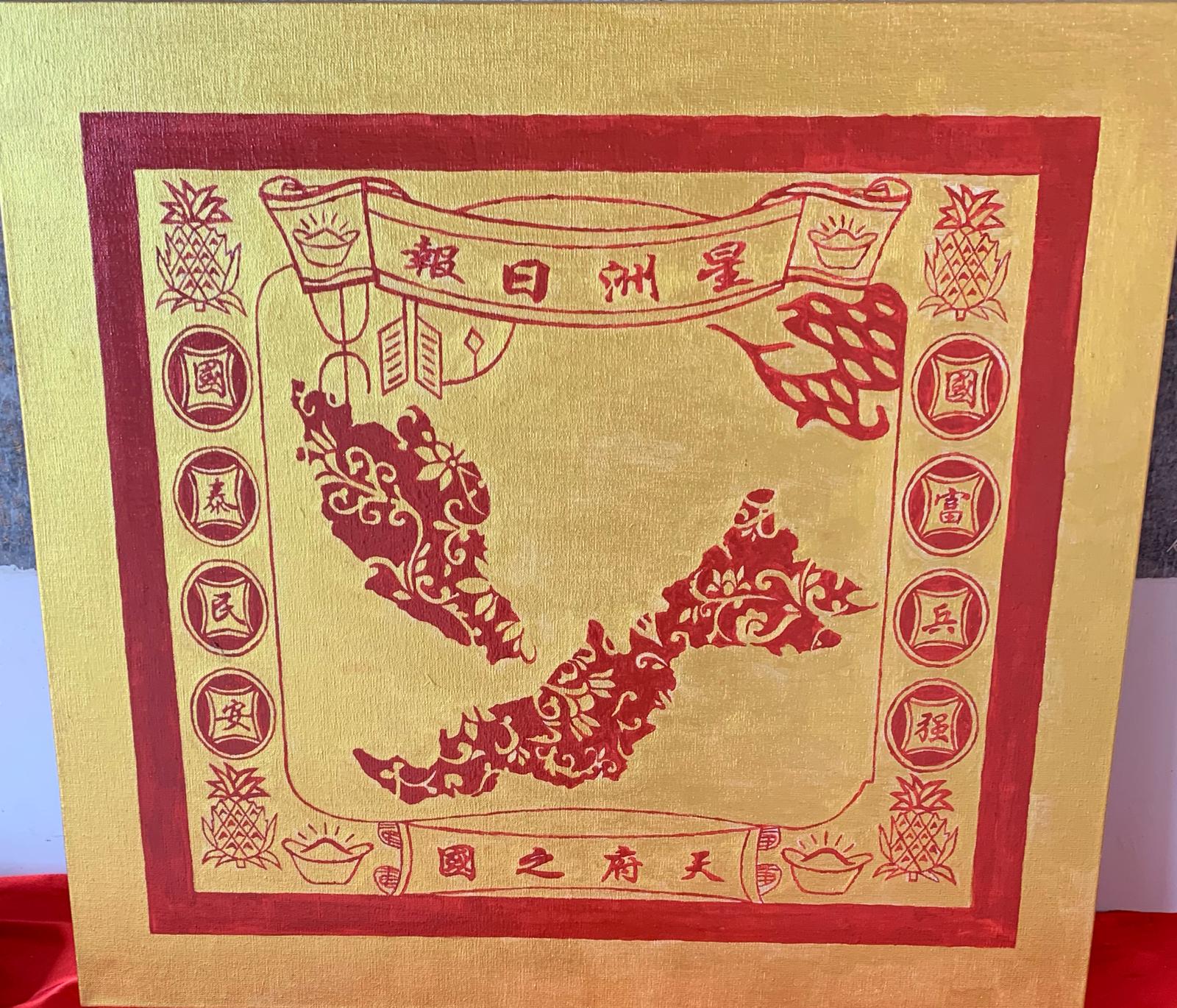 Frankly, ‘luck’ was never one of my concern in this exhibition. Octagonal shapes weren’t purposely made for this exhibition. But I do believe it reflects my very Chinese background, and I also believe that there are always stories behind the number or the shape. Take “8”, for example. It is shaped like an infinity symbol and is a complete shape, and it also sounds like “prosperity” in Mandarin. But if you really study shape in Chinese traditional architecture, you will find that octagons not the only shape they are using, and triangles, pentagons and others are also used, especially in their patterns or furniture. The reason I choose octagons was simply to match the floor and the chairs around the space. 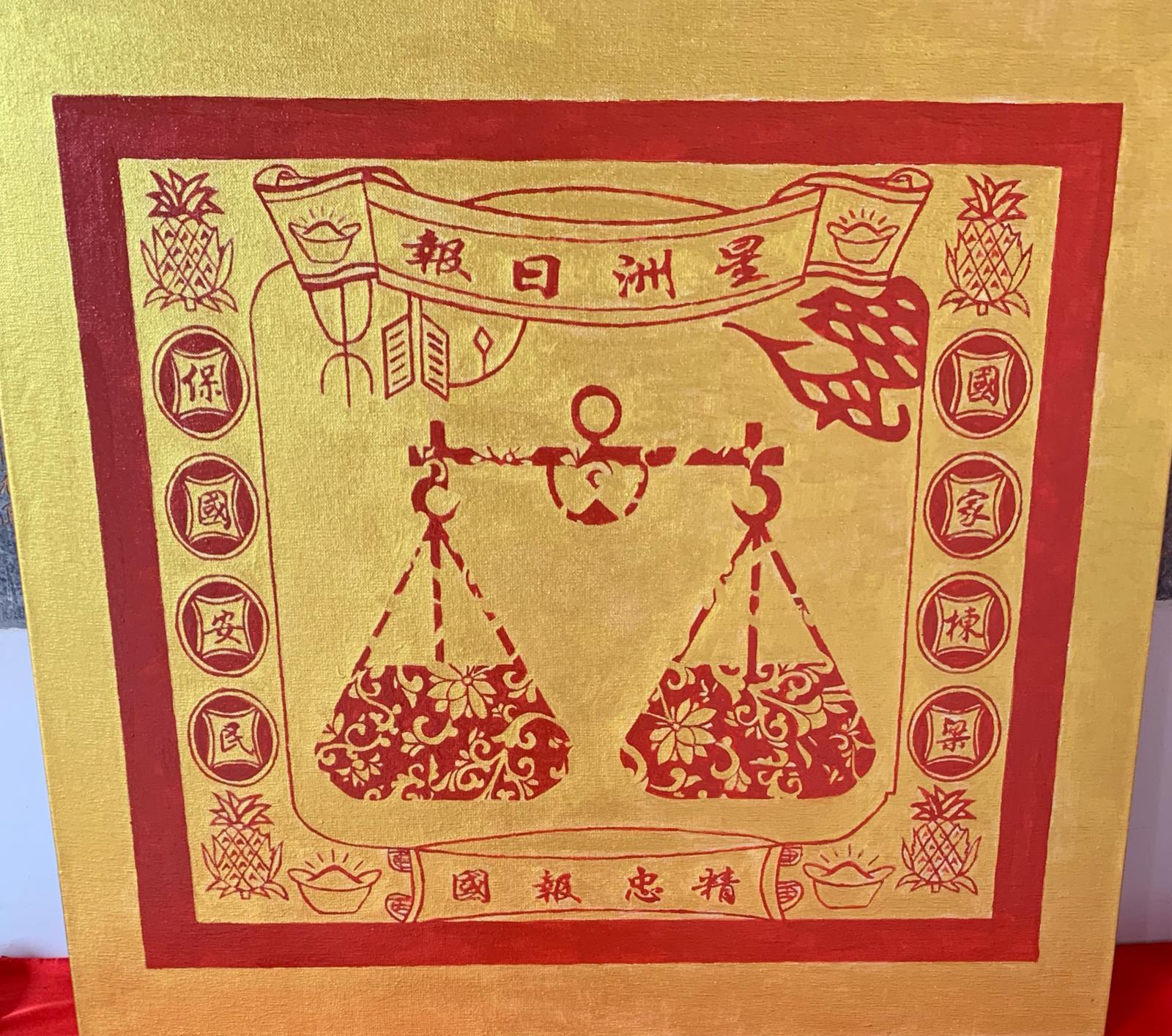 Bakchormeeboy: What kind of legacy do you hope to leave behind as a visual artist?

Mok Yee: I believe in art as a tool or communicator between people. In our generation, we have too much ‘correct’ and ‘wrong’, ‘good’ or ‘bad’. I think art is creating more space for our imagination and to give us a different way to talk. I don’t expect my works to change the world, but it can change how people think, and create a different perspective for the viewer to think about.