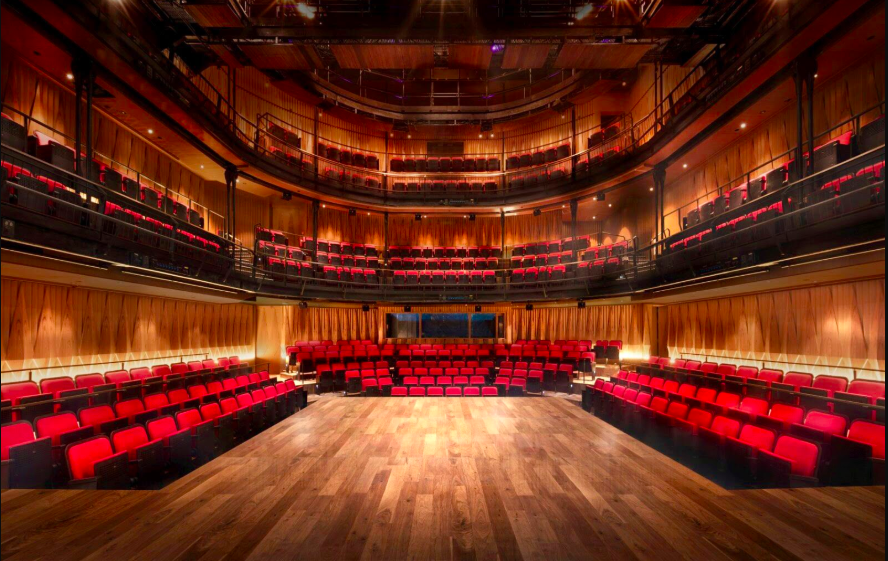 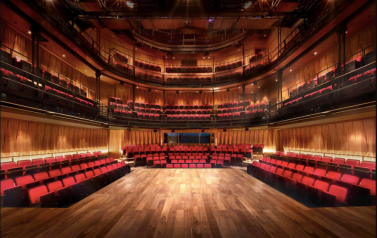 It’s been a long time coming, but at last, leading local theatre company W!ld Rice finally has a place to call home, truly. Located in the very heart of the city at the brand new Funan Mall, the 20,000 square foot W!ld Rice @ Funan was unveiled in the lead-up to their official opening. 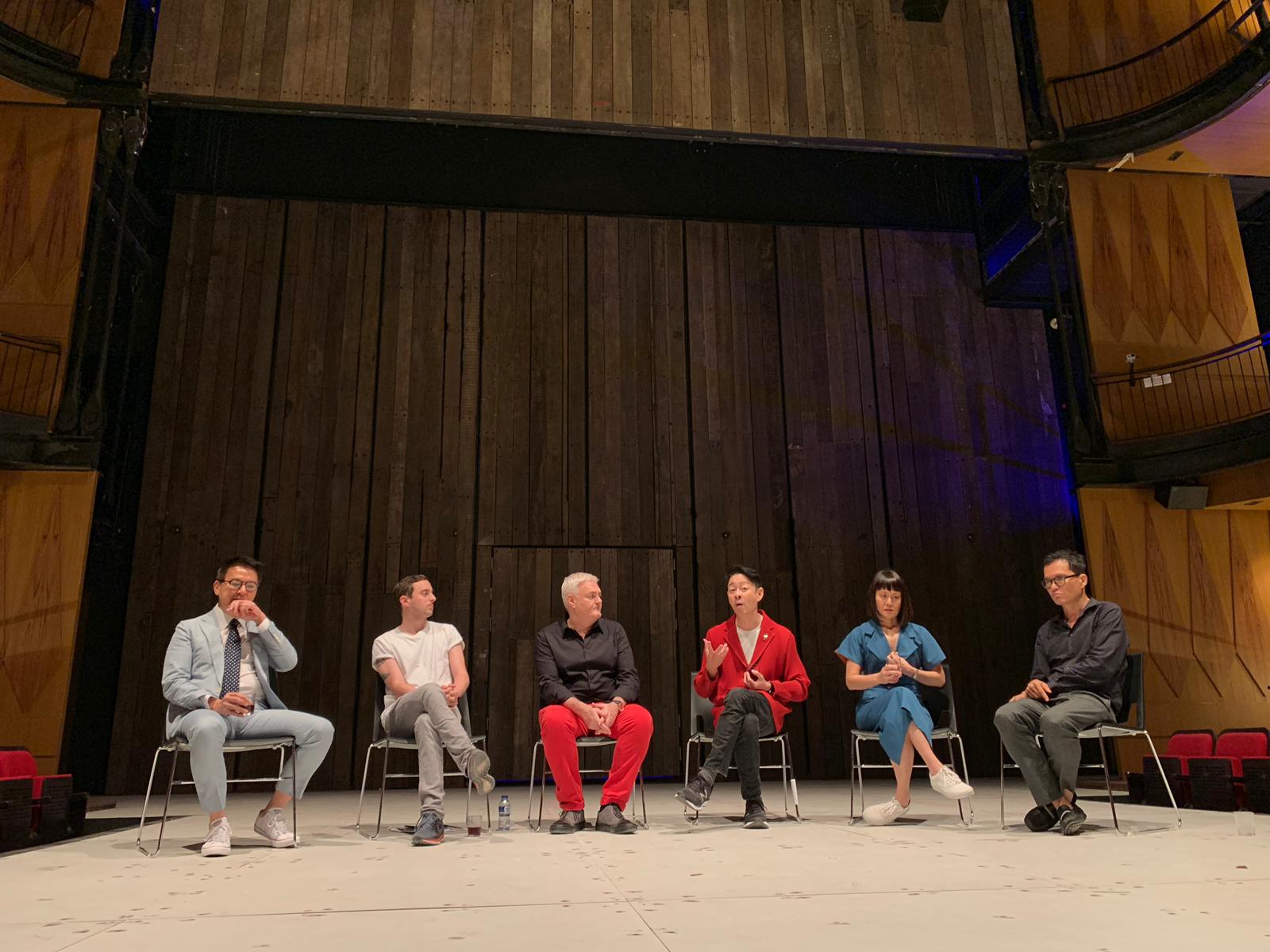 With its marquee name up in lights, made extra visible at its prime location on North Bridge Road, W!ld Rice @ Funan will give Singapore theatre a new prominence and visibility. Having a venue of its own thus enables W!ld Rice to push the envelope in its ongoing mission to seed, develop and present the very best of Singapore theatre. 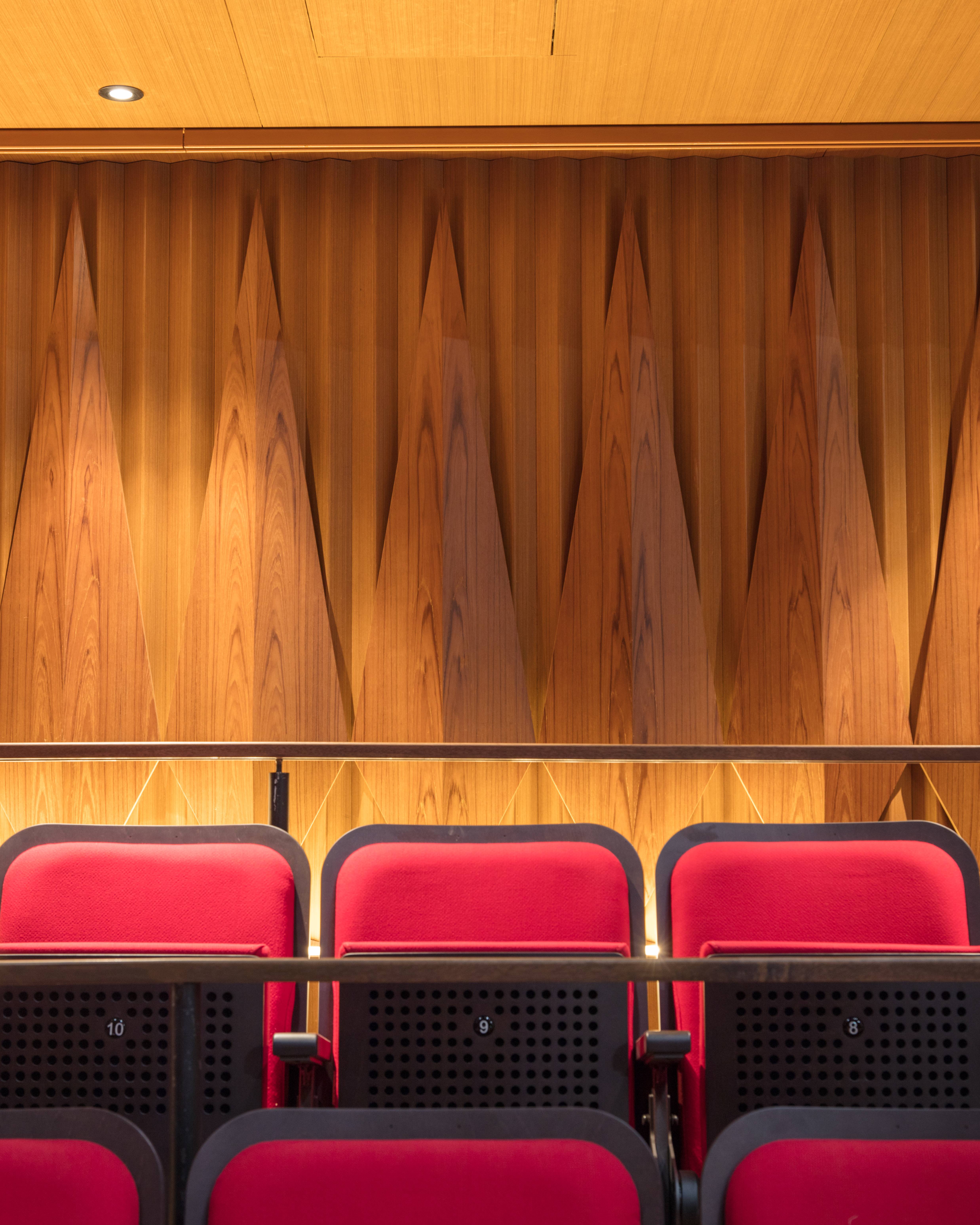 “When we were first approached by CapitaLand to build a theatre, we thought long and hard about what our theatre scene needs,” explains Ivan. “Ultimately, in designing our theatre, we were guided by two main considerations – firstly, to create the optimum conditions for audiences to experience a theatre performance. And secondly, to enable Singapore’s theatre practitioners, both on stage and off, to achieve the fullest expression of their craft.”

With their very own venue, W!ld Rice will now be able to programme all year-round, continuing their emphasis on developing new talents and homegrown works that reflect the rich diversity of Singapore’s many cultures, communities and languages. To kick start the programming, W!ld Rice will be restaging Thomas Lim’s award-winning Supervision and Singaporean classic Emily of Emerald Hill (with Ivan himself reprising his role). Later on in the year,  brand new play Merdeka/獨⽴/!தந்%ரம் and new original pantomime Peter Pan in Serangoon Gardens will be making their premieres at the theatre. Having their own space also means the ability to take greater artistic risks and opportunities when it comes to presenting and developing new works, particularly in their education and community engagement programmes. 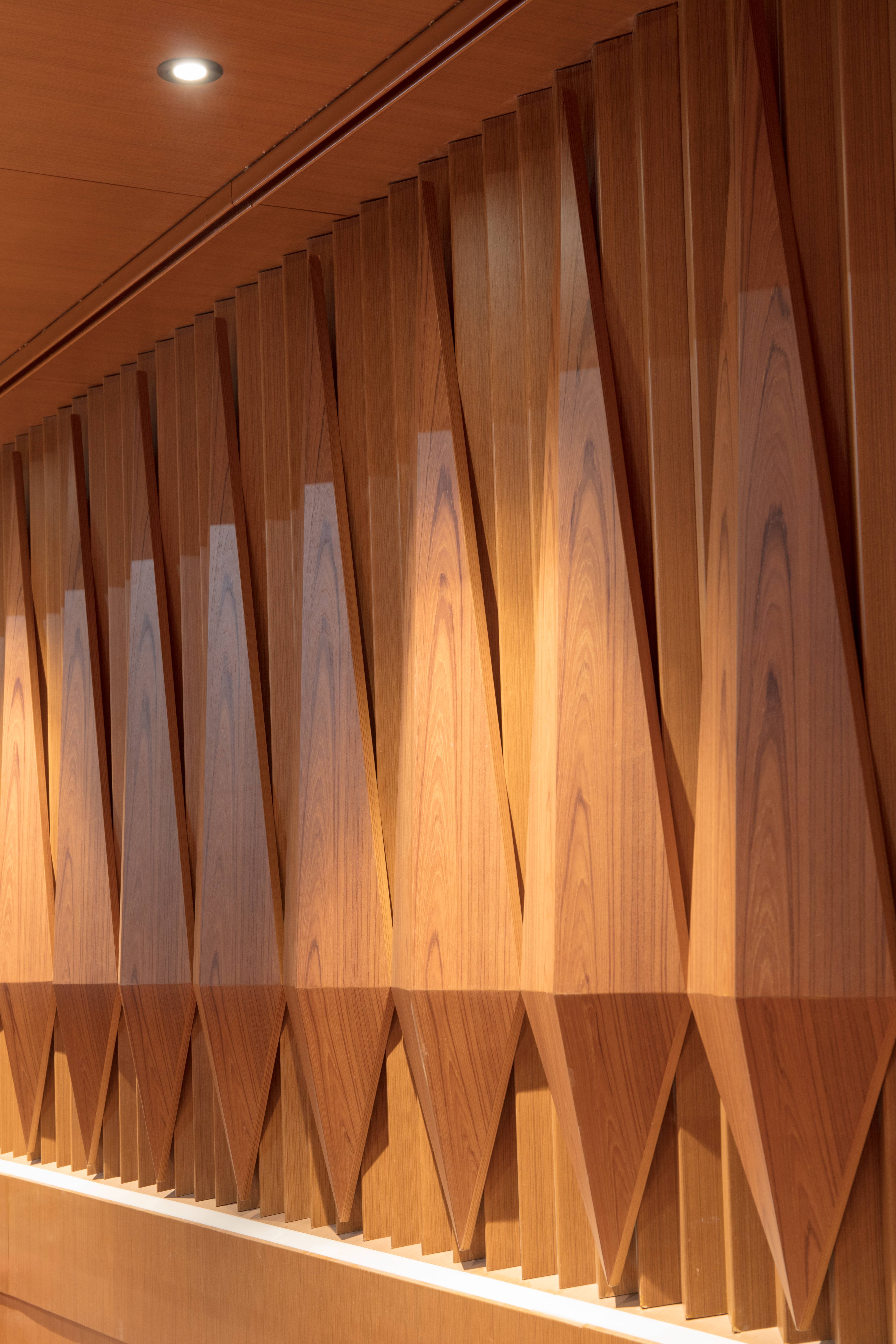 W!ld Rice then aims to be a people’s theatre, providing life-long learning opportunities for people of all ages, as well as initiatives to provide subsidised access to WILD RICE’s shows – reaching out to students, young people, underprivileged families, the elderly and those with special needs. W!ld Rice @ Funan will also be an inclusive theatre complex, with facilities put in place to ensure physical accessibility to both the venue and enjoyment of live performances, such as offering signed and captioned performances for the deaf; audio-described performances, hearing loops, and touch tours for the blind; relaxed performances, ramps for the wheelchair-bound and more. “Theatre is for everyone,” explains Ivan. “Its transformative power can change lives and open hearts and minds, and it should not be available only to those who have the means and privilege to go to the theatre. At our new venue, we will be able to share the gift of theatre with as many people and communities as possible.”

From the moment one steps into the theatre, one notices a big brass sign reading “Free Your Mind”, emphasising theatre’s role in taking away audience members’ stress and worries once they step in, a place for the people to gather to listen to stories, find community, and enjoy performances. One also notices the sheer amount of wood that’s present throughout the theatre, ensuring that sound would be optimal. Every element of W!ld Rice @ Funan was designed to enhance the interactive experience of a live theatre performance – that electric moment of connection between audience and performer. 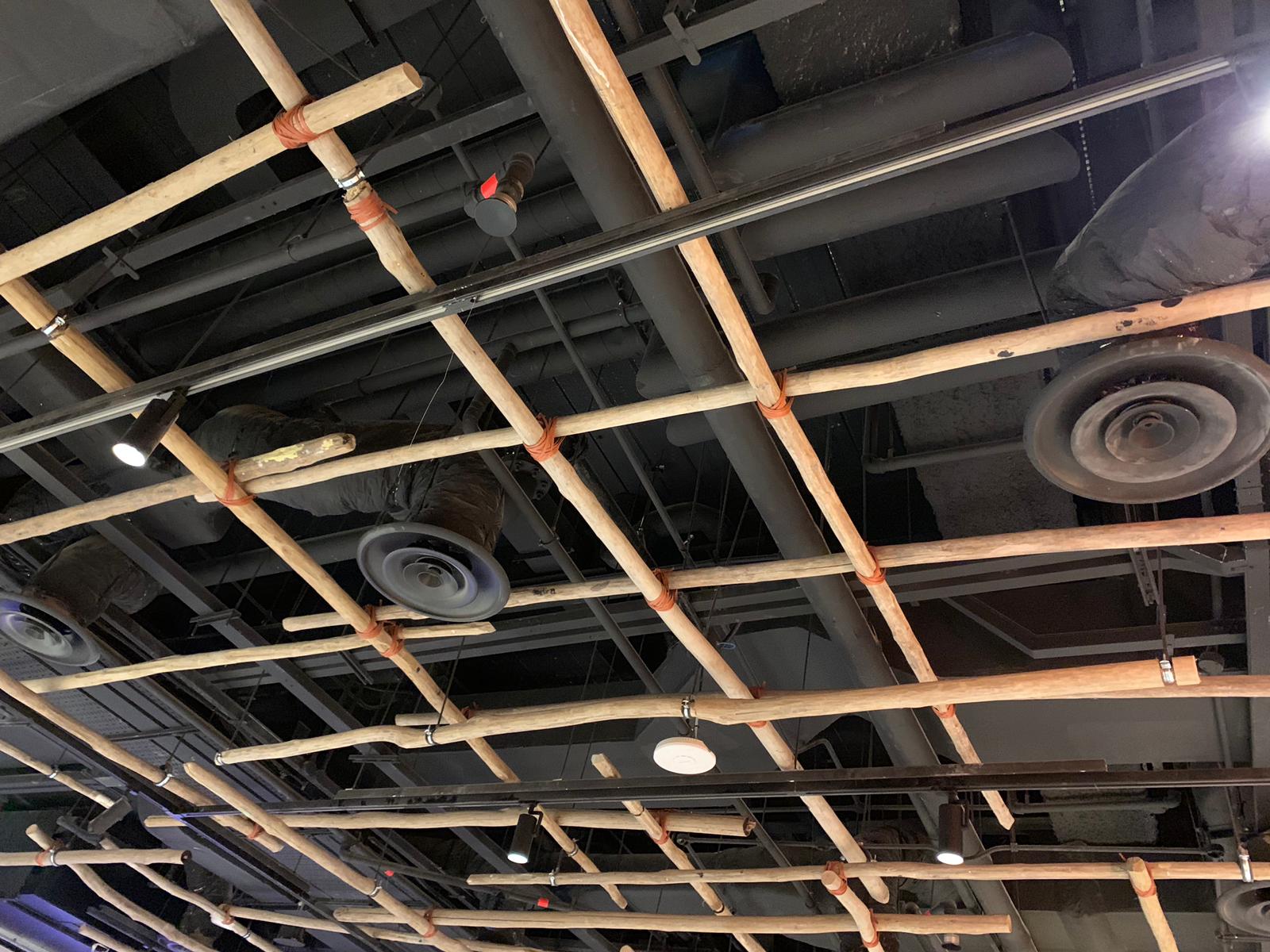 The column-free theatre includes two balconies, suspended from the ceiling by tie bands – creating a space that is both intimate and epic, with theatre seats custom-designed by Figueras International Seating and shipped to Singapore from Barcelona. Every seat has been engineered, manufactured and installed at different angles to provide the best seating and viewing experience for each audience member, no matter which seat they’re in, while the acoustics have been carefully engineered to create optimum conditions for the human voice, with little or no need for microphones or other vocal enhancement systems. Elements such as the curtains and fly bars are also manually operated, giving users complete control over the speed of fall and customisation. Even the air-conditioning has been carefully engineered that it is diffused into the theatre rather than pumped, ensuring that the sound it makes it minimal. 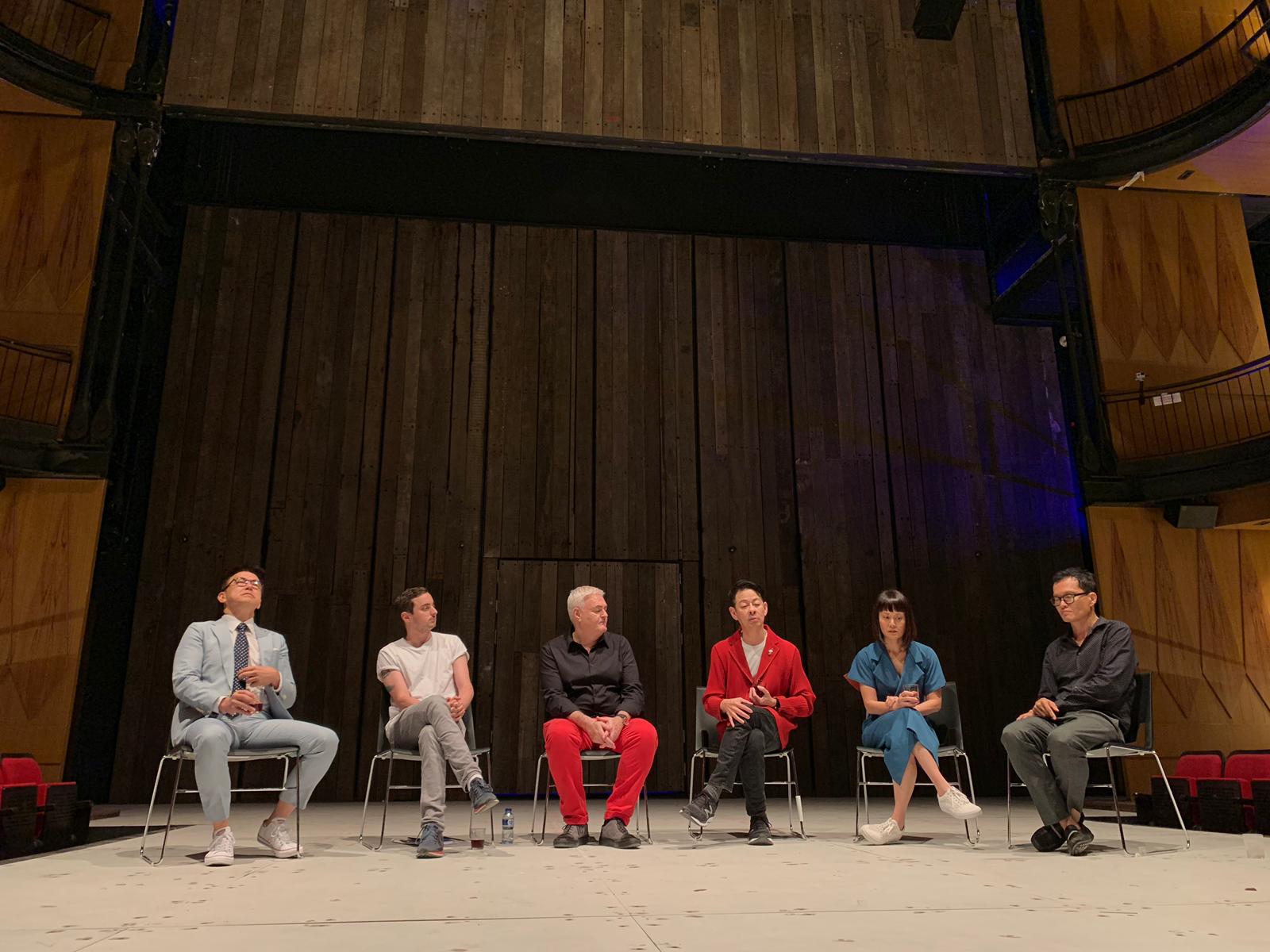 The Ngee Ann Kongsi Theatre’s thrust stage – measuring 10 metres deep and six metres wide – is modelled after the Royal Shakespeare Company’s Swan Theatre in Stratford-Upon-Avon. One can not only find a thrust stage dating back to Shakespeare’s iconic Globe Theatre (built in 1599), but also in the traditions of Chinese opera teahouses, Japanese Noh and Malay Mak Yong. Audiences will find themselves closer than ever to the performances in each show, with no audience member further than 12 metres away from the performers on stage. The thrust stage also creates a sense of community within the theatre itself, as it requires audiences to acknowledge one another’s presence as they share in the communal act of watching theatre. 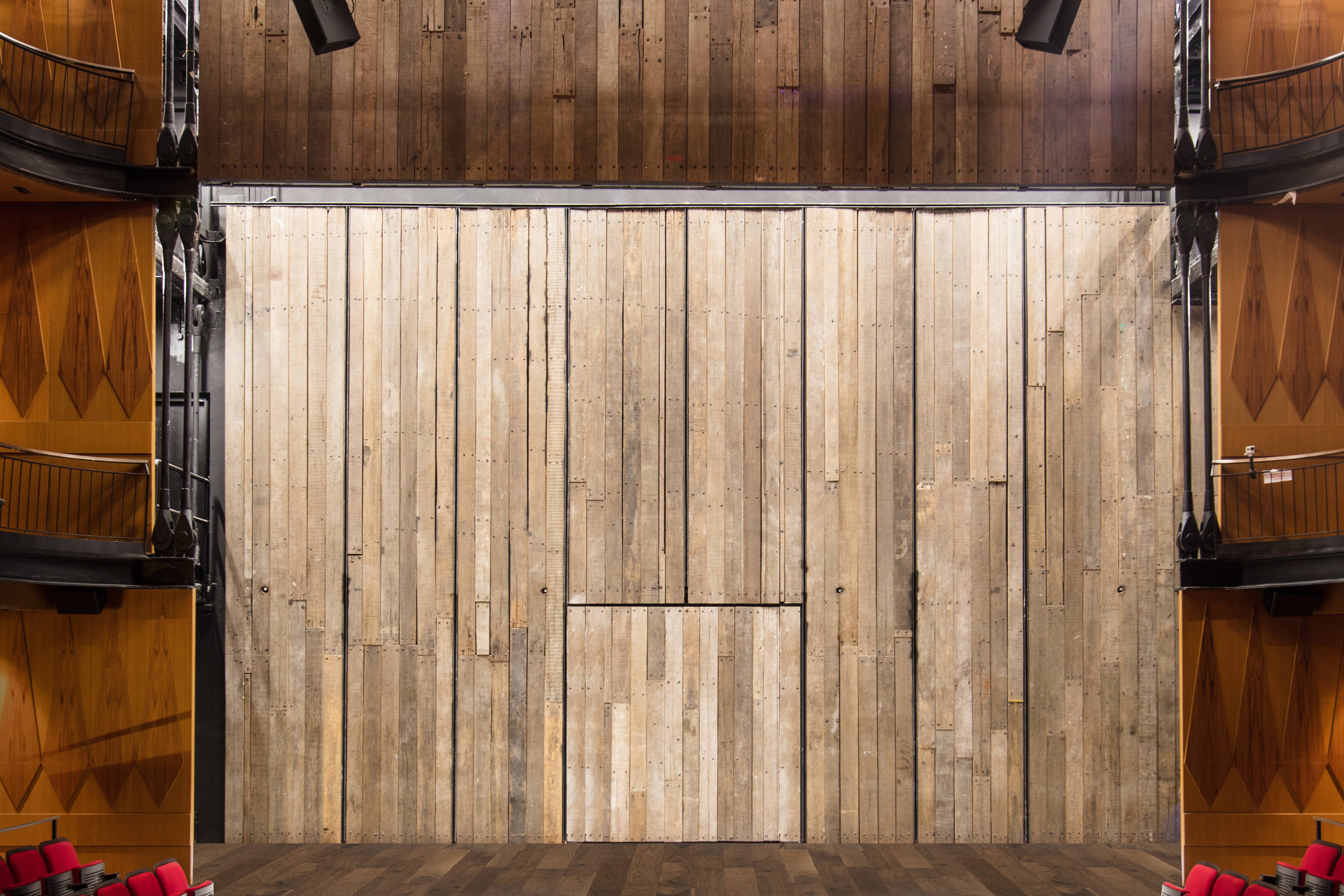 In the theatre’s very structure, audiences will find elements of Singapore’s rich cultural heritage and performing arts history. ‘Wayang timber’ – solid wooden planks and beams used in the construction of traditional Chinese opera stages – have been repurposed to create the back wall and ceiling of the theatre, as well as design features in the foyer. This historical wood, which has been trod on by opera and getai performers for close to eight decades, came from Mr. Lee Beng Seng, who learnt the craft of stage construction from his father. Meanwhile, one will also notice 76-year old rattan poles in the theatre itself, reminiscent of the scaffolding of any and all building projects to remind audiences of the very basis and foundations of a strong building.

The diamond-patterned walls of the Ngee Ann Kongsi Theatre are inspired by Singapore’s old National Theatre on River Valley Road, which was built in 1963 and demolished in 1986. The National Theatre’s five-pointed facade represented the five stars of the Singapore flag, which embody the values of democracy, peace, progress, justice and equality. “Our old National Theatre was built to celebrate our national identity and bring different communities together,” says Ivan. “We hope that our theatre will be able to do the same.” 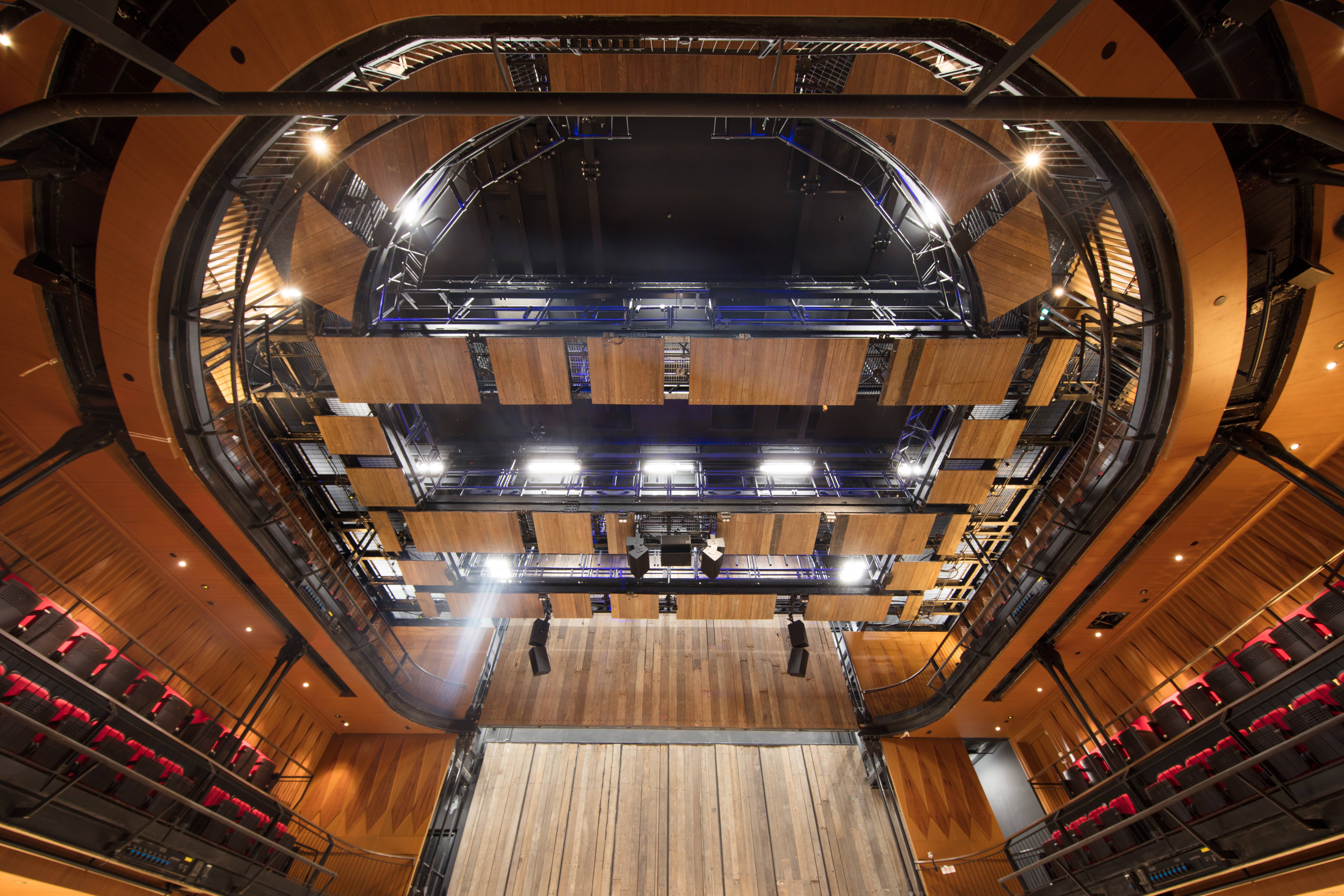 Even the backstage has been carefully planned out to cater to actors and crew – a 2-storey dressing room can accommodate 25 people, while there is also a green room for actors to rest and a laundry room. W!ld Rice is determined to make every trip to the theatre a five star one, especially evident when Tony and his team shared how initial plans only catered for a 9.5 metre tall ceiling. But with their persuasion, the theatre ended up becoming a 13.5 metre tall one instead, allowing even more features and facilities to be incorporated into the space.

As with any new venture, to build and sustain the performing arts facility, W!ld Rice has set itself a target of raising $15 million within two years. So far, over the past 18 months, the company has successfully raised $13.5 million, with the support of Ngee Ann Development, its Principal Founding Patron, as well as several Founding Patrons, including Finian and Fiona Tan, and Anthonia Hui and Leonardo Drago. Says Ngee Ann Development Executive Director Jamie Teo: “The Ngee Ann Kongsi has always believed in the importance of education and improving public access to the arts. One of our key missions as a charitable organisation is to encourage Singaporeans to experience the arts for themselves.” 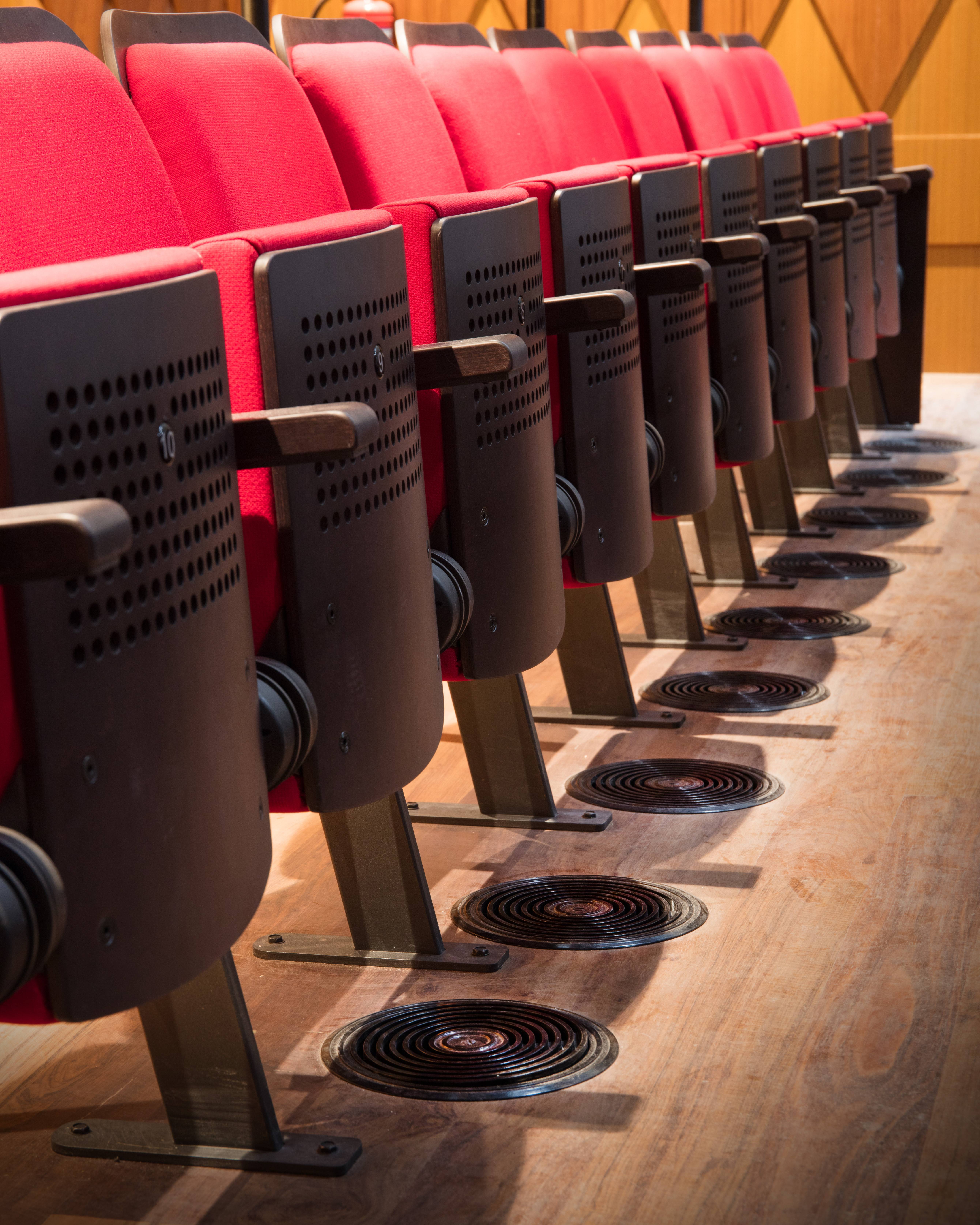 “For all these reasons, we are very proud to collaborate with WILD RICE as it opens its groundbreaking new theatre in Funan,” adds Jamie. “This will be a home for Singapore theatre and Singaporean stories – one in which our artists and audiences can meet, grow and learn from one another. It will be a home where new art, new ideas and new possibilities can flourish. It’s our privilege and our pleasure to be a part of the future of W!ld Rice and Singapore’s theatre industry.”

Now, the company is appealing to the public to support its ongoing fundraising journey. “The generous support of our business community has been overwhelming. However we are still working hard to raise the final $1.5 million,” says Tony Trickett. “We hope that members of the public will be inspired by this groundbreaking endeavour and make a contribution towards building this exciting new home for Singapore theatre. Every donation, large and small, will help make a positive impact on the social, cultural and intellectual life of the city. 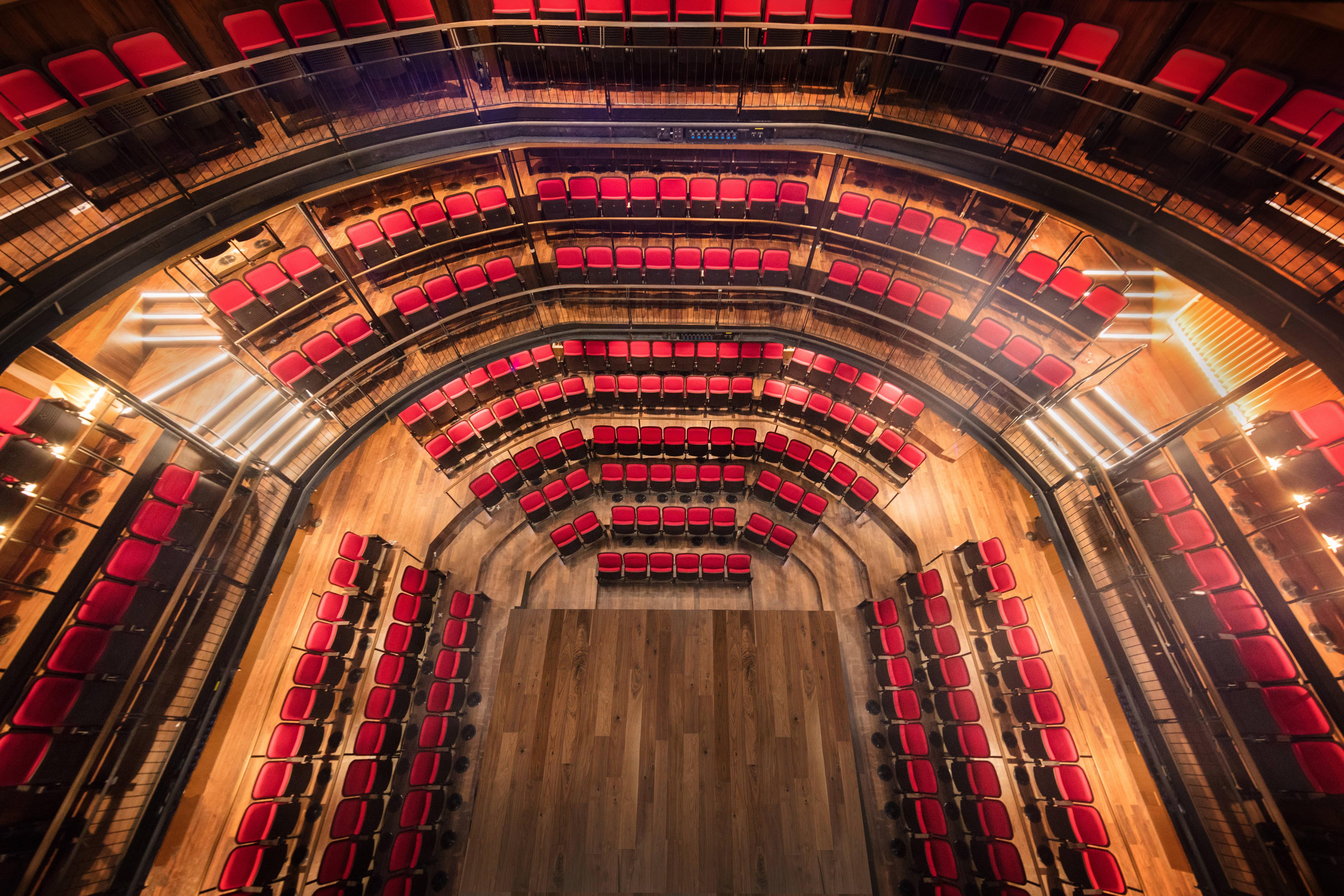 Ivan concludes: “We understand that most of the local theatre community already have their venues locked down till next year, so the theatre will likely start seeing use from other companies come 2021. Interestingly, the groups that were most excited for this venue turned out to be the traditional groups, where they could sing ragas without microphones or hear the bells on their ankles as they danced. We truly are a theatre for Singapore, with our name on Funan’s facade, to show everyone that we’re here and let people know there’s a theatre here. It’s the same reason why all those years ago, we started W!ld Rice with Emily of Emerald Hill in Raffles Hotel, right in the city centre and the heart of the public imagination. We want to believe that this theatre will give Singapore theatre both prominence and visibility, because this isn’t just a home for us – it’s a home for Singapore.” 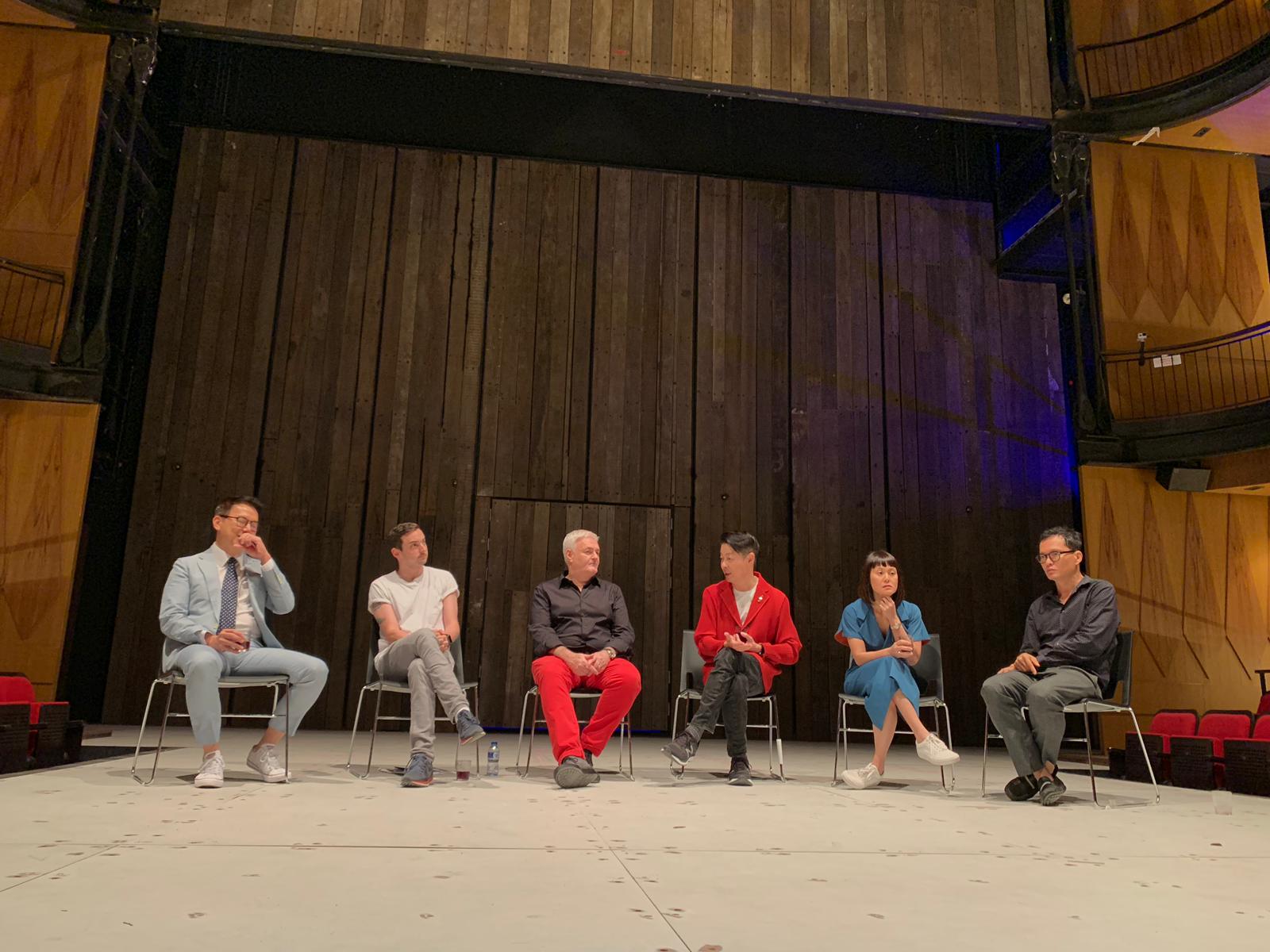 Just like how the brass sign greeting audience members with “Free Your Mind” as they enter the theatre will age beautifully in the years to come, W!ld Rice’s new theatre looks set to form a key foundation of the local theatre scene in the years to come, continuing to produce quality productions every season. One couldn’t possibly have asked for a better way to commemorate their grand 20th anniversary come 2020, and continue the incredible they’ve put in as one of Singapore’s leading theatre companies.

Emily of Emerald Hill plays from 4th to 22nd September 2019 at W!ld Rice @ Funan. Tickets available from SISTIC For more information on their Grand Opening Season, visit their website here

W!ld Rice is also looking to raise $1.5 million that will go towards the operations and maintenance costs of W!ld Rice @ Funan. Donations of any amount are welcome, and come with a range of perks and unique theatre experiences. Donations can be made via Giving.Sg, Planting a Seat (donations of $2,000 and above), or joining their permanent donor wall with donations of $50,000 and above.