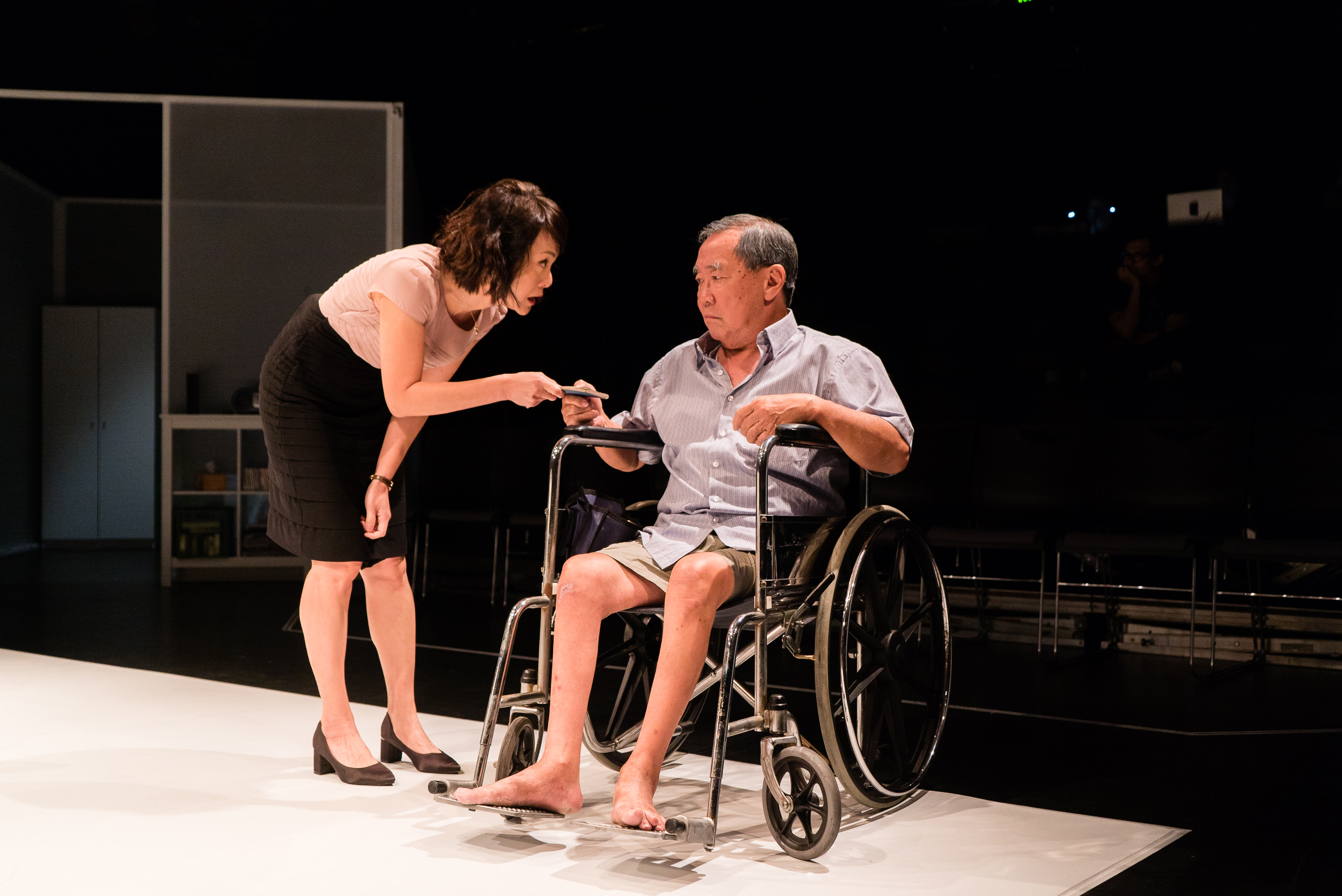 A successful second outing for Thomas Lim in this gripping domestic drama touching on national themes.

George Orwell’s novel 1984 may have predicted a future where he believed our every action and movement will be placed under surveillance, but never could he possibly have imagined that the perpetrators would be ourselves. That dystopian future has unwittingly become a startling reality in Singapore, where not only are there CCTV cameras on every corner to catch speeding cars and potential crime, but even in their own homes, parents install spy cameras to keep tabs on their family and maids. 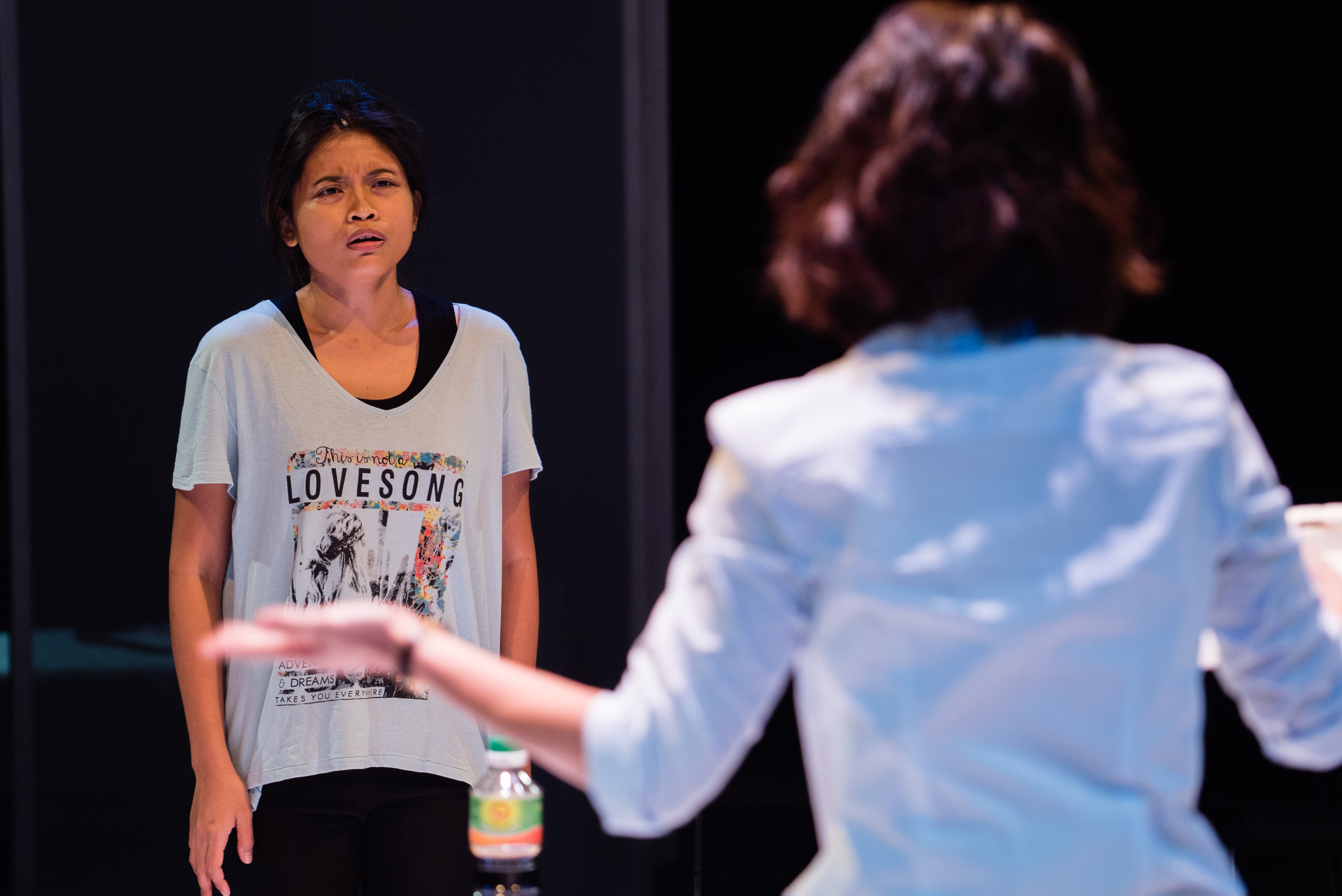 Such is the subject of playwright Thomas Lim’s latest play Supervision, in which the young playwright shows a new level of maturity in his writing that elevates Supervision from simple domestic drama to a microcosm of society itself, cleverly weaving in issues of our increasing paranoia of protecting ourselves with means that fall within a moral grey area.

Directed by Glen Goei, Supervision is a domestic drama set in the home of wheelchair bound Teck (Patrick Teoh). To care for him, his daughter Jenny (Janice Koh) hires a live-in Indonesian domestic worker Yanti (Umi Kalthum Ismail). But over the course of the play, Yanti discovers that her new home and workplace hides far more than it initially lets on, and privacy becomes a far more valuable commodity than she thinks. 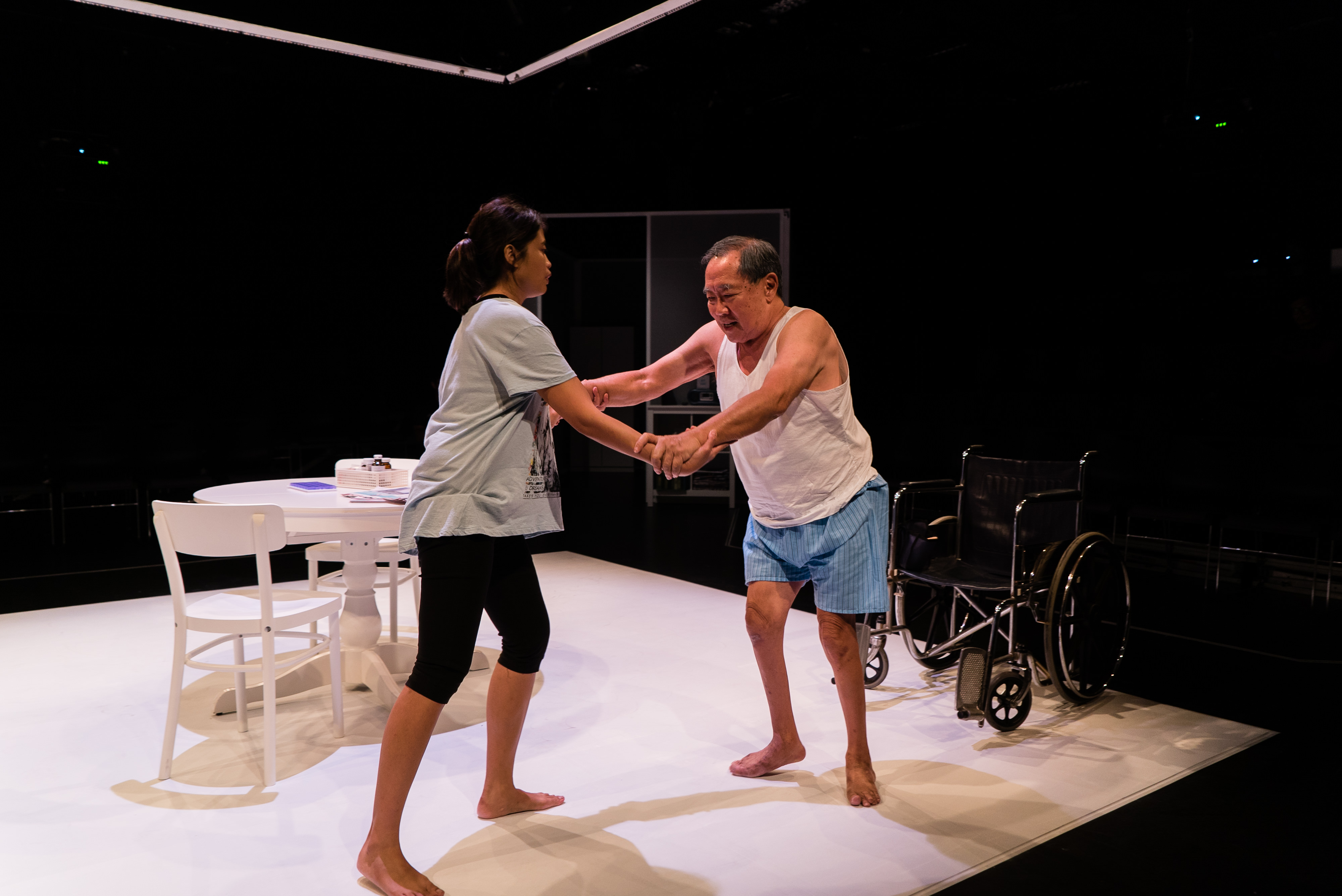 The theme of privacy or lack thereof is made obvious from the play’s set itself, with designer Wong Chee Wai having set up four white, translucent rooms between sections of audience members, offering characters the semblance of privacy, while in reality, audiences can still practically see what happens in each room. Most disturbing of all is when the screens above us flash to life, and we become privy to live camera feeds broadcasting the entire stage. One feels a physical sense of discomfort knowing that these characters are being spied on, and we are ourselves reminded of our own lives living in a surveillance state. 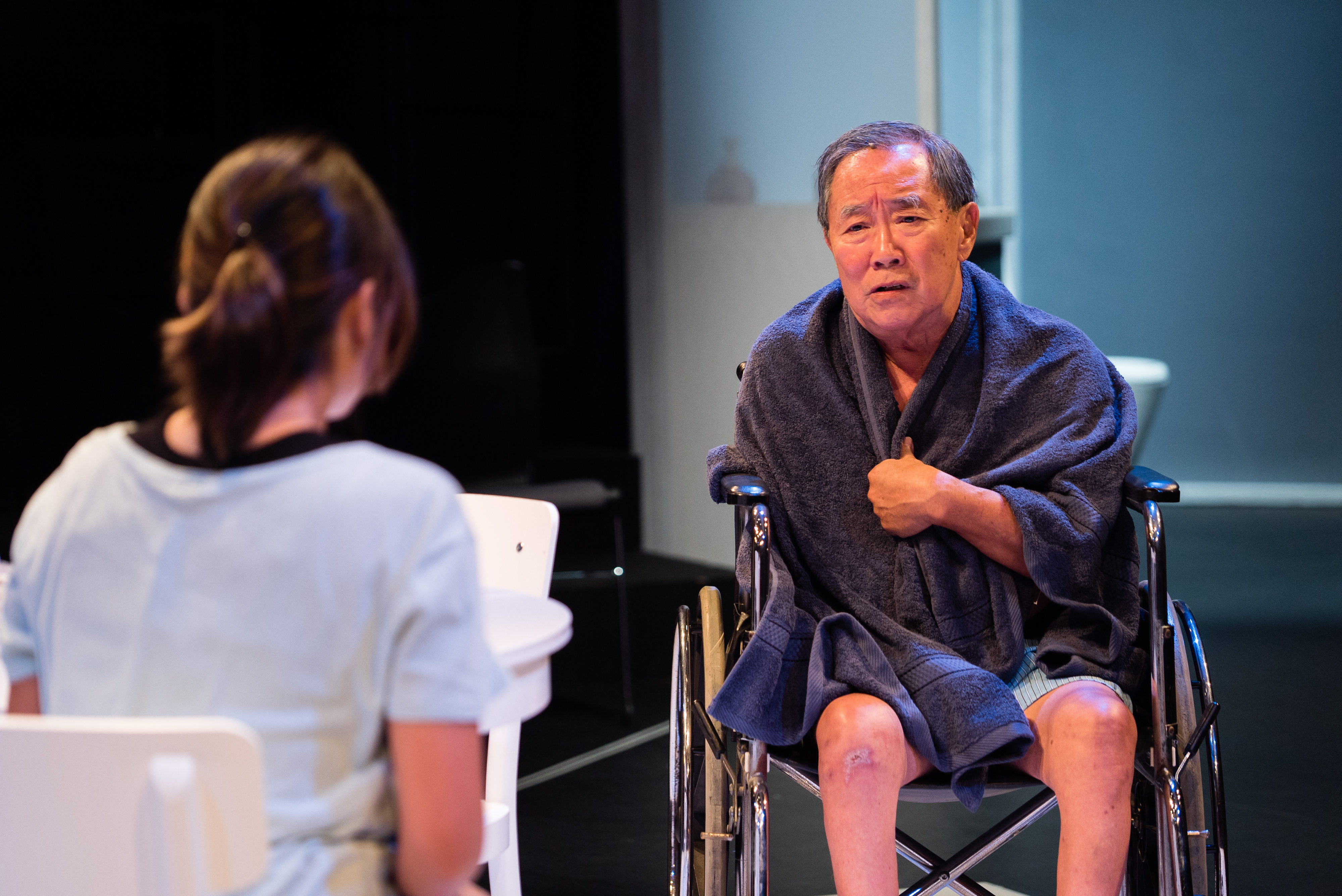 All three characters in Supervision are familiar figures many of us have likely encountered in our daily lives or seen onstage at some point, from the stressed out working mother to the maid doing her best to please both her employer and her ward. The devil is in the details, and what makes each of these characters so powerful is the backstories Thomas has written for each of them, fleshing them out as more than stereotypes and individuals in their own right. Jenny, for example, loses some of her initial villainy when she discusses her father’s obvious favouritism of her absent brother, and suggests to audiences the insecurity it has saddled her with all her life. 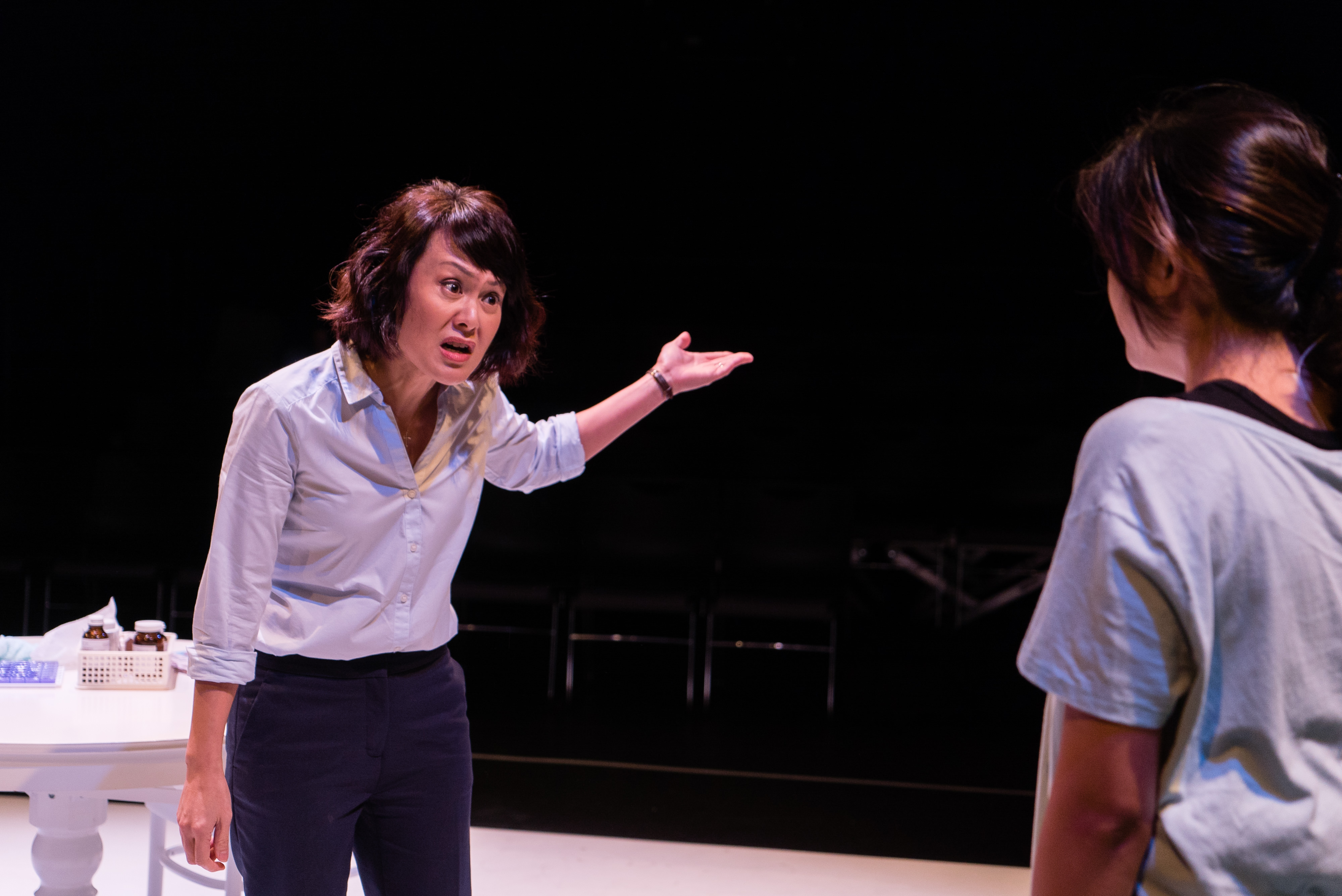 Such rich characters are only brought out by strong actors, and the casting for Supervision is pitch perfect. Janice Koh is terrifying as an authoritarian employer each time she storms into the house and interrogates Yanti, while still managing to gain our sympathy as a misunderstood, filial daughter in an explosive argument near the end of the play. Patrick Teoh garners an understanding from the audience in how he brings out the frustration of a man who has lost control over his own body and life, a fear that he will one day become completely useless as he insists on walking back to his wheelchair unassisted to prove he still can. But perhaps most affecting of all is Umi Kalthum Ismail as Yanti, who not only nails the Indonesian accent, but also anchors some of the most emotional scenes in the entire play, from a tearful call to her family back home, to a tender moment where she explains to Teck her simple motivations for coming to Singapore in the first place – to be a good daughter to her mother. 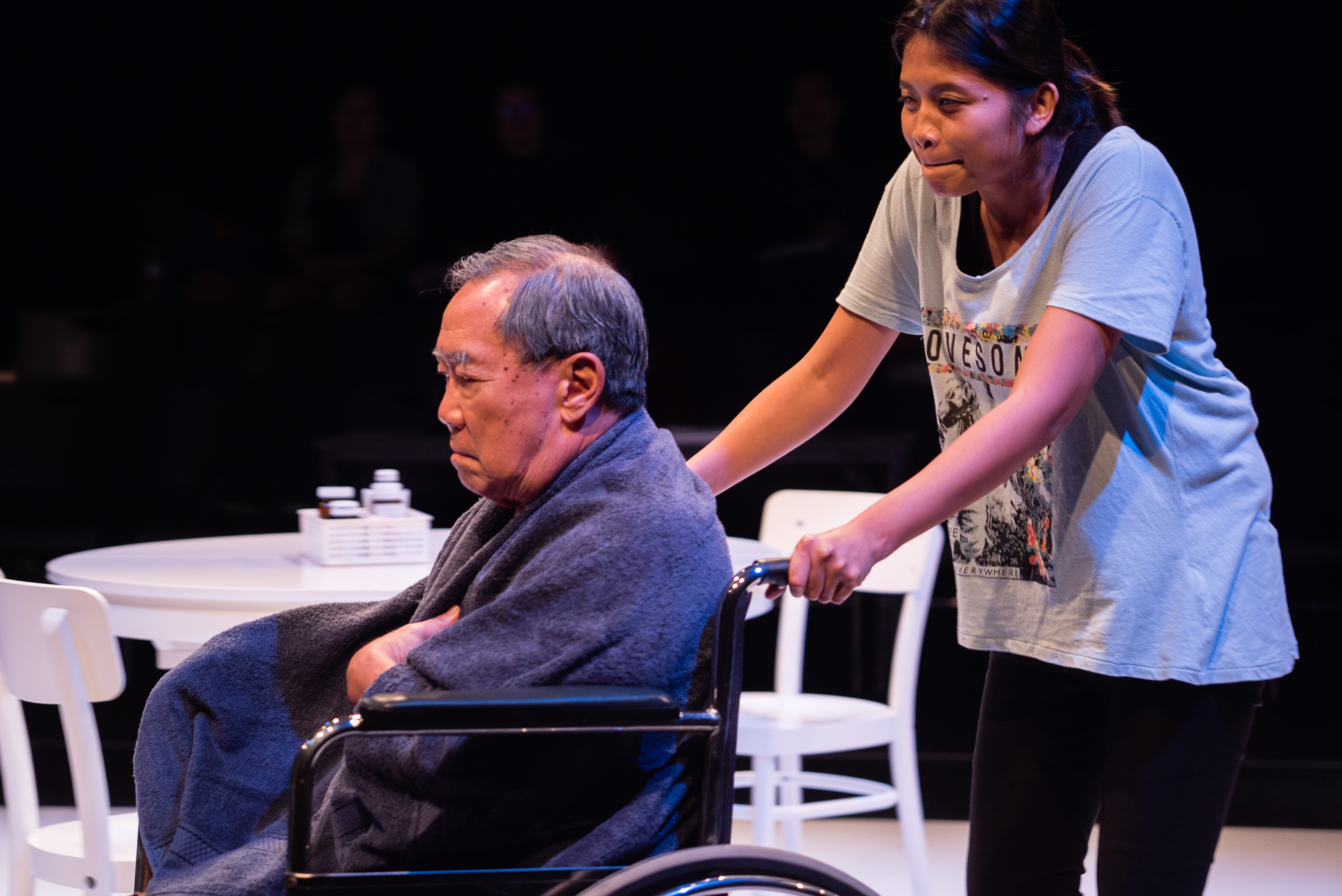 Supervision may touch on big, national themes of surveillance and xenophobia, but at its heart, works because of the strong story and characters that hold it all together. A thoughtful, tightly crafted second outing from Thomas Lim, Supervision is proof of his growing maturity as a playwright and his uncanny eye for harnessing the drama of the everyday, and ability to find the spark of humanity in all his characters. One will leave the theatre bleary-eyed with tears at the relatability of the story, and question our own increasingly amoral behaviour towards others in the name of self-protection.

Supervision plays at the Flexible Performance Space at Lasalle College of the Arts from 5th – 15th July. Tickets available from SISTIC