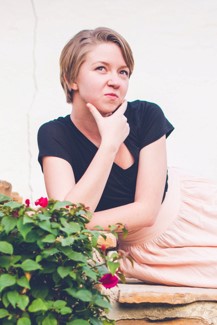 LONDON – It’s hard to deny the draw of games. After all, who doesn’t want to launch themselves into a little challenge and have fun while they’re at it? It’s no wonder then that in recent years, everything from Escape Room-style games to massive immersive-style games have taken the world by storm, giving us more control, more hands-on action and more real world interactions in our gaming lives.

Of the companies that design these, Fire Hazard Games emerges as one that’s developed something of a winning formula. Known for real-life immersive games, including The Hunted Experience and John Le Carre’s The Circus, their latest game, 80 Days: A Real-World Adventure, is presented as part of the 2019 Underbelly Festival Southbank, and sees players exploring central London, collecting clues as they prepare to race around the world in 80 days.

Speaking to Elizabeth Simoens, the project’s lead game designer, we found out a little more about the game and how it originated. If anything, we’re curious about how one even becomes a game designer in the first place, as it’s not exactly something one can train for, or really imagines having as an ambition as a child. Says Simoens: “When I was younger, I’d spend most of my free time playing games like Runescape. I just loved playing games and being a part of these different worlds and making all these decisions. At the same time, I was also doing ballet, which I pivoted from to study choreography instead.”

She continues: “In a way, choreography and game design had a lot of interesting parallels, because I learnt about how the role of the performer, audience, rules and narrative came together to form a piece.  I suddenly realise that the same could apply to games, and we were looking at the foundations of gaming in fine art. So I might as well make fine art games! The basis of the two lies in connection, where we think about how elements of a work create a relationship with the audience member or player. How will that interaction play out? We then try to figure out what effect we want to produce from it, and tweak the work accordingly, where we see if whatever we add to a game is something that it needs, or something we do for the sake of it.  So I did my MFA based around games, which led me to doing interactive theatre, making games in raves, and eventually, I found Fire Hazard Games, where I started making games for the Underbelly Festival, and Cambridge Museums.”

Speaking of the 80 Days experience, Simoens explains how most of Fire Hazard Games’ projects revolve around having a similar code and engine, based off their Citydash games. The team would then figure out how best to tweak and utilise that code and engine to best suit the context each time there’s a new project. Says Simoens: “We started conceptualising 80 Days in wanting to use a copyright-free, something we hadn’t done before. We wondered – if we started with a narrative, how would that go? We ended up with Jules Verne’s Around the World in 80 Days, and we knew this would be a game that’s all about having fun, and we didn’t want to be mulling over the unpleasantness of all that was happening in the world. Especially since our last game had been Operation Survival, which was about polar expeditions and climate change, and was a little more depressing.”

She continues: “80 Days then was all about trying to bring delight to the audience. People love the idea of thinking out of the box and learning how to manage resources, from time to money, and how best to spend them. You raise funds to collect objects via our web app, from duct tape to bird cages, and when you get to the end of the narrative, you end up using them in unexpected ways, and people really love that. We wanted players to be able to strategise and wonder about the use of each item as they bought it. We don’t give a lot of description, so a lot of the game is based around people activating their imagination, thinking out of the box, and to introduce them to a world within the real world, learning how to experience it in a new way.”

The play area of 80 Days spans a relatively large area of London, spanning the Southbank to Covent Garden, where players are given 80 minutes to solve a series of puzzles via a web app, requiring them to visit specific parts of the city to find establishments and find the answers. Says Simoens: “80 Days was not designed to be in a confined space, but we had to make sure it was walkable. We actually imagined an even bigger play space, but had to shrink it down! In the process of designing this game, we’ve discovered so many new things about places like Covent Garden, even though we’ve walked down that same street so many times. It’s really interesting to be walking around the city and having that free rein to design a puzzle around its structures and features, and having the virtue of space to spread these checkpoints and locations about.”

As for the main appeal of 80 Days, Simeoens believes that there is a fundamental joy to playing this game they’ve designed as they explore London and rediscover it through the game’s lens. Says Simoens: “80 Days is appealing partially because players have so much agency and control over their own journey. It’s interactive theatre, yet we don’t really supervise you or tell you where to go or what to do, just a list of tasks to complete. You have a start and an end, but the rest of the game is free to you to decide what to do with, and it’s essentially a bunch of dots you can connect any which way you want to to form your journey.”

Speaking on the fundamental concept behind game design, Simoens explains: “A lot of games are about imagining a world by putting a filter over a pre-existing one, using the architecture and layout we already have to act as the base for players. Think about how if you’re searching for something, so your body will constantly be on the lookout for details you might have missed out. Or if say you’re a spy, then there’ll be this paranoid filter you have, where you’ll be worried if people are following or chasing after you. We learn how to tap into those filters, and like a film director frames his films, we’re trying to use the game to direct the eye to certain details.”

On other potential projects she and Fire Hazard Games might end up doing in future, Simoens says: “One thing we haven’t quite cracked yet is inter-team interactions and betrayals, and at the back of my head I’m always thinking about how to incorporate that into projects where it might work. It has to be done in a way that’s interesting but also simple enough to execute. I also just wanna see as many different spaces as possible, whether it’s museums or even caves, and figure out how to use them.” 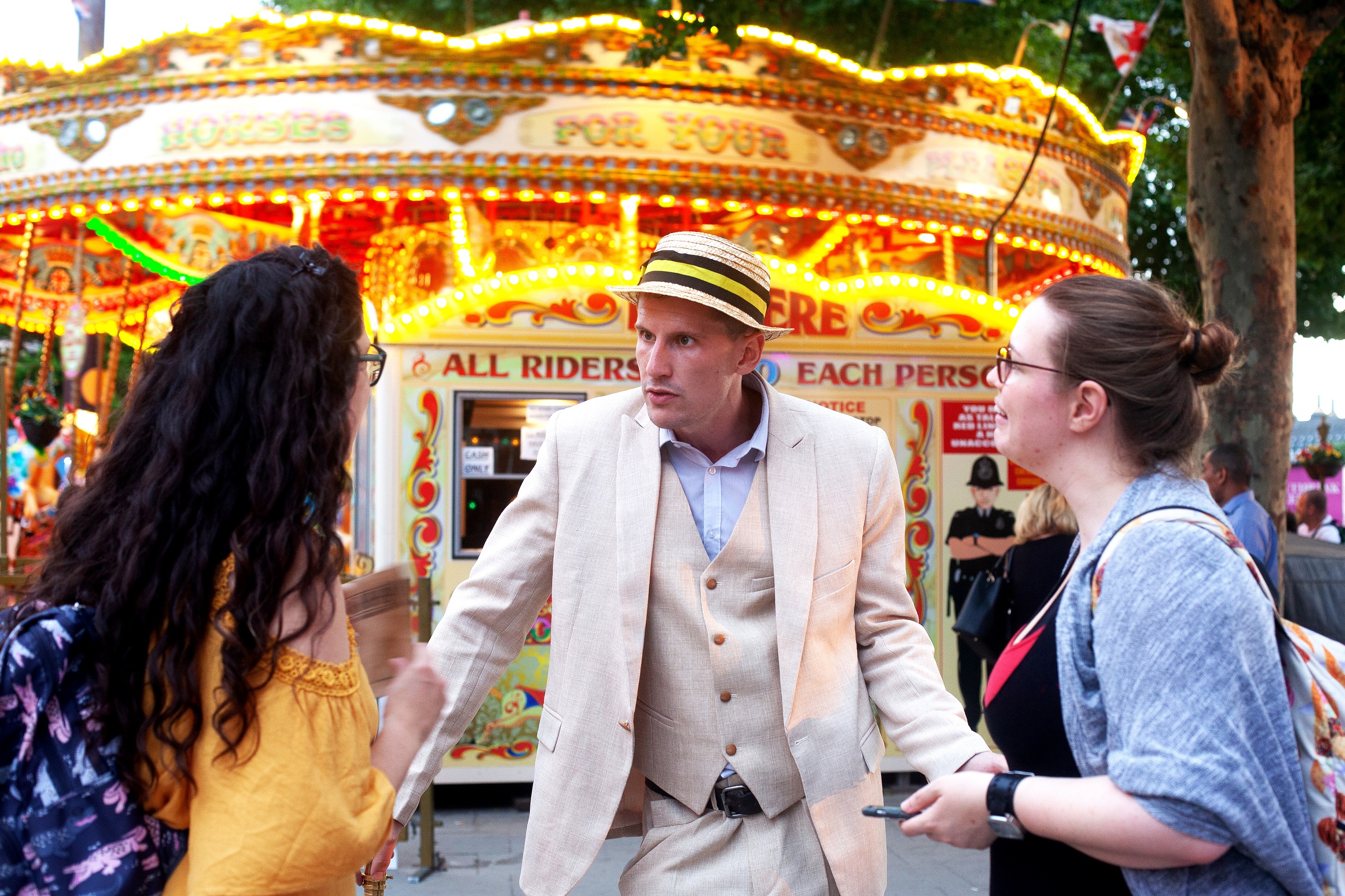 As for the biggest challenge of game design, Simoens says: “I guess the challenges of doing games is about switching up gears and learning to think in different scales. Say we’re designing for a museum, and then we have maybe 500 tiny labels on specimens that I need to to figure out what to do. Or say we’re in an airplane hangar, where there’s 30 enormous planes we have to figure out how to incorporate our puzzles into. It’s spaces that are constantly different for each project, and it always offers us something new to challenge ourselves to pivot around and design around, and I love it. Not to mention, every time I walk around now, I can’t help but imagine how things around me can be incorporated into a puzzle in some way – it’s a job hazard!”

She concludes: “Honestly, I’m living the dream, so I can’t complain. I’m doing something I really enjoy, bringing my training in choreography to game design. While other games companies might end up doing the same game for years on end, Fire Hazard Games is great in the sense that we use the same base, but keep changing it up every few months with new projects, so it’s constantly keeping us innovating.”

Stay tuned for our upcoming review of 80 Days: A Real World Adventure as we play for ourselves and see how Southbank, Covent Garden and more unfold into a Victorian-era adventure while we run around the city, and take in all the joy and delight it has to offer.

80 Days: A Real-World Adventure takes place in a secret location in Covent Garden from 11th July to 29th September 2019 as part of the Underbelly Festival 2019. Tickets available here