Brand new musical revue A Spoonful of Sherman by Robert J. Sherman is coming to Singapore, in its Asian premiere this November! Featuring songs from Oscar-winning brothers Richard M. Sherman and Robert B. Sherman, A Spoonful of Sherman features a highly-talented cast, including Aaron Khaled, George Chan, Hossan Leong, Mina Ellen Kaye & Vanessa Kee, promising a show that will leave audiences humming along throughout.

Robert and Richard Sherman were the sons of Al Sherman, a highly-prolific songwriter who wrote songs for the likes of Frank Sinatra, Ella Fitzgerald and many singers of the Golden American Songbook period. Staying loyal to the family tradition, both sons carried on his legacy of music-making. Since 1964, the Sherman brothers have produced music for dozens of films, including Disney classics like Mary Poppins, The Jungle Book and The Aristocats, ensuring that they remain one of the most critically-acclaimed songwriting duos in family entertainment history. 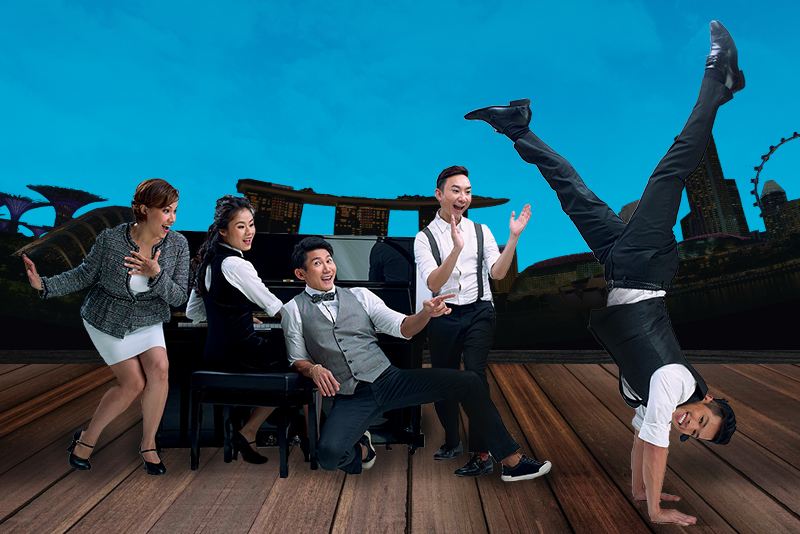 Says Executive producer and Sing’theatre founder Nathalie Ribette: “With tremendous success from the UK run & the strong family values, amazing songs and the message of togetherness it promotes, A Spoonful of Sherman fits perfectly with the values of Sing’theatre and we had to bring it to Singapore!”

Adds TJ Taylor, director of A Spoonful of Sherman: “A Spoonful of Sherman is a unique show that presents a wide selection of songs and emotions to explore. The actors have to jump into many different characters, which requires a huge amount of skill. We are so fortunate to have some of the best Musical Theatre talents that Singapore has to offer. Not only do they need to be amazing singers, dancers and actors, they also need to play musical instruments as all of the music in the show is played by the cast on stage! This is a rare opportunity to experience such a show in Singapore!”

Expect to hear three generations of Sherman songwriter songs to come to life in this delightful show for all ages, including songs from Robert J. Sherman’s own charming musical, Love Birds, which premiered at the Edinburgh Fringe in 2015. Heartfelt, nostalgic and timeless, it’s all about family with the Sherman brothers’ music, as they spread their message of kinship and togetherness this November.

0 comments on “Preview: A Spoonful of Sherman by Sing’theatre”