Striking a balance between humanity and technology in RAW Moves latest work.

From a prosthetic limbs to a bio-printed heart, technology seems to be developing at increasingly unprecedented rates. And as we find new ways and means to replace our organic body parts with artificial ones, how much longer will it be before we can truly, fully call ourselves ‘human’? 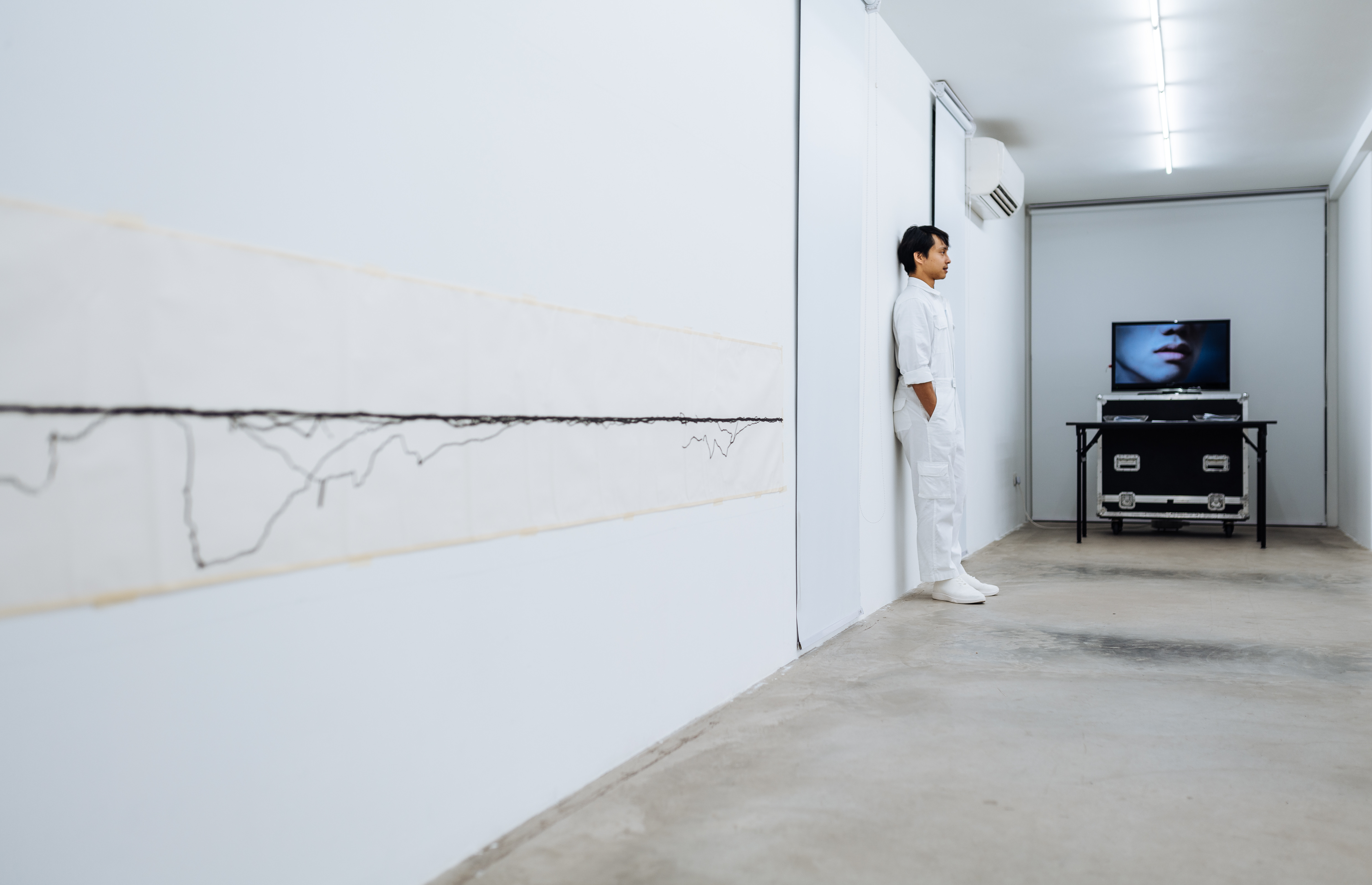 Such a conundrum forms the basis for RAW Moves’ latest production, as they delve into speculative fiction and imagine a future where it becomes commonplace for bodies to be improved via modifications and replacements. Titled Being, and Organs, the work, conceptualised by Taiwanese collaborator Paul Gong with movement directed by Ricky Sim, takes the form of a lab occupied by dancers Matthew Goh and Pichmutta Puangtongdee (Dada), both dressed in identical white work jumpsuits.

In this clinical, white-walled room audiences are given free rein to explore the space in their own time as each dancer perform their own experiments, testing just how human they remain despite the modifications to their bodies and the world around them. Being, and Organs then is a kind of performance installation, with the space also filled with various paraphernalia that suggests an ongoing research into the topic; we flip through a notebook filled with Paul Gong’s notes, see vacuum sealed 3-D printed hearts and remnants of the dancers’ earlier performance concepts, and even a screen playing a video of a series of interviews of people discussing transhumanism. 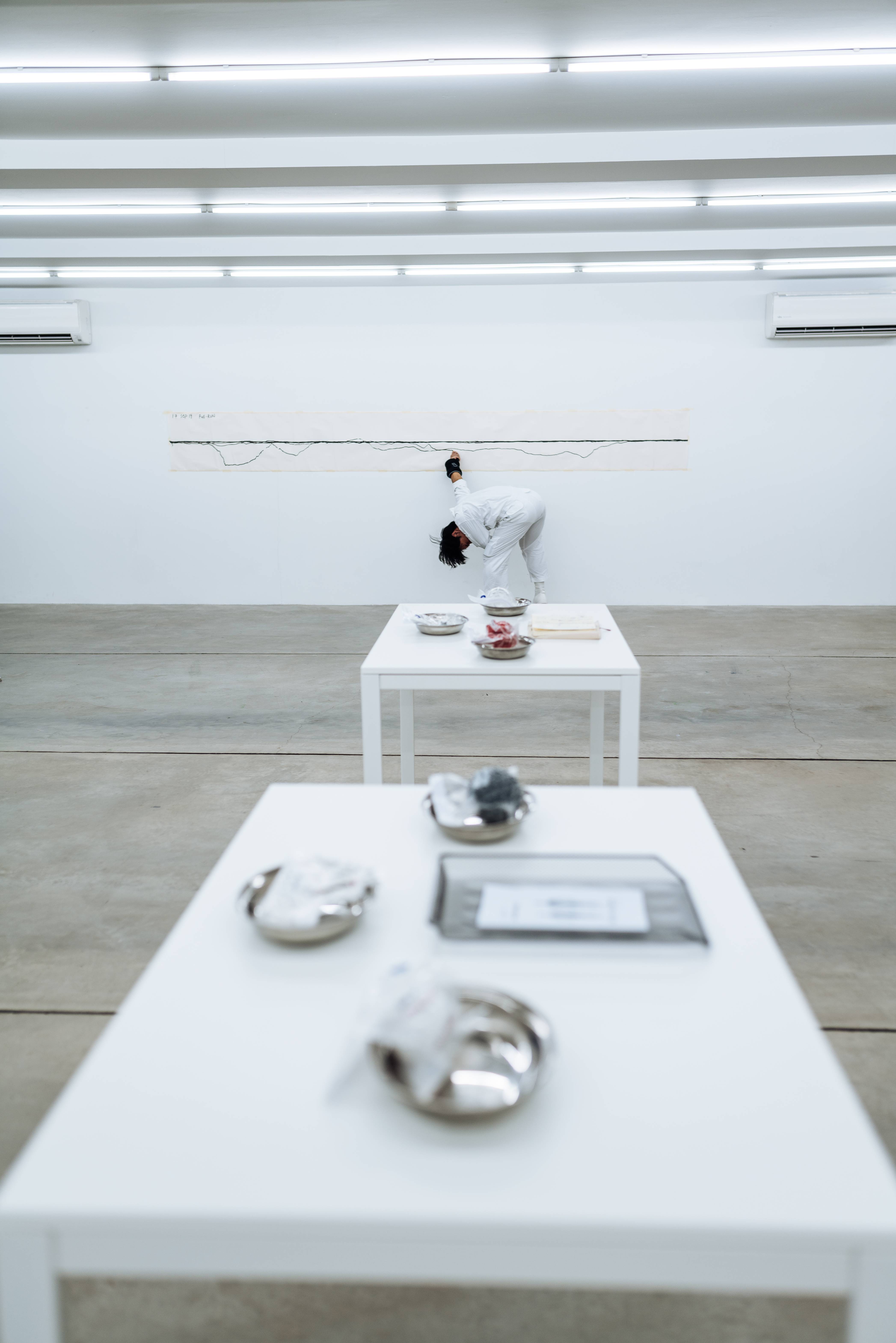 When it comes down to the performance itself, both Matthew and Dada take on vastly different mentalities towards this possible transhuman future, resulting in different approaches toward their performance. Matthew chooses to embrace this brave new world, imagining himself as someone who has replaced his parts and accepted it. Yet he cannot help but wonder what he’s lost in the process. His experiments then, revolve around testing the extent and limitations of his body – from attempting to maintain drawing a straight line while wrapping a weight around his arm, to using his newfound ‘powers’ to charge an audience member’s phone while they stare into each other’s eyes, possibly in an attempt to find each other’s soul and the humanity in one another.

Meanwhile, Dada instead struggles to maintain herself as a full human being in spite of the pressures to conform to the transhuman world around her. Her experiment revolves around exercise balls, as she pumps one full of air (her motions and sounds of the pump reminding one of a heart pumping lifeblood), and ‘exploring’ the space in various positions with the fully inflated ball. Later on, she takes the experiment up a notch with not one but two exercise balls, allowing her to take on new positions and poses with both balls, from laying her body across both, or allowing herself lean against one while allowing another to balance on her legs. She crab-extwalks, bounces, dribbles and crawls around the space, from time to time looking at audience members questioningly, curiously, wondering how it is that we see her as she struggles to balance. 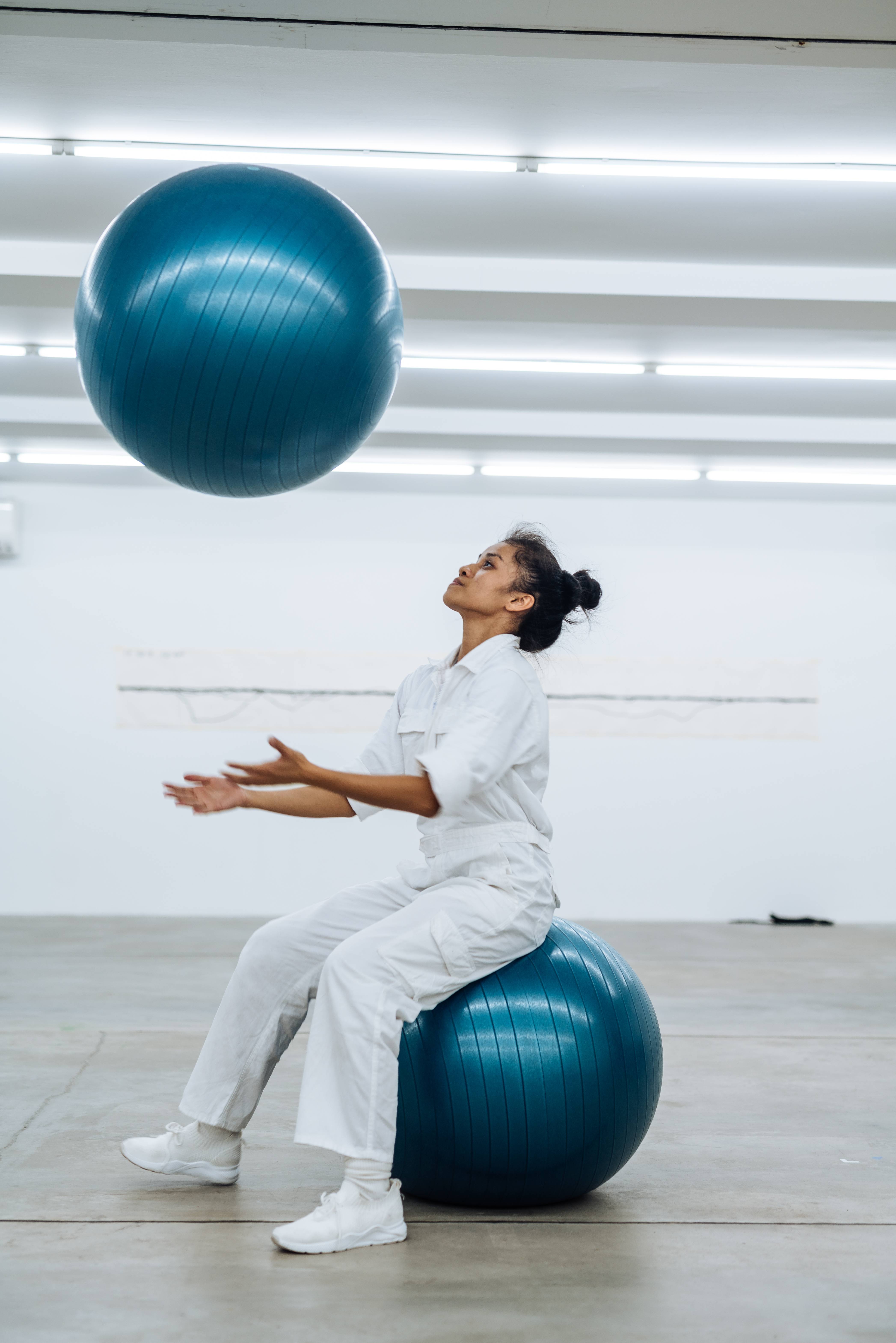 Throughout both experiments, never once do the two interact with each other, in spite of being in the same space. Each one focused entirely on their own tasks, each one’s experiments share one thing in common – they’re all matters of durational effort and requires of each dancer incredible tension and strength to keep up the performance for the whole 75 minutes. While focused on their own tasks, there has been good work put into rehearsals that allows each dancer to navigate the space perfectly, interacting and improvising their own movements well even as audience positions continually change up the space.

Ultimately, what Being, and Organs leaves us with is a reflection on the importance of balance – literally, as Matthew stares into a silvery sheet resembling a warped mirror on the wall. Balancing himself on a large, reflective platform atop a soft balance disc, it is as if he is reassuring himself simultaneously of both the power afforded his advanced body and his limitations as a human as he counts to 3 each time he finds himself in perfect balance. We think about our humanity weighed against our modifications – is it possible for the latter to ever outweigh the former, transforming us into something more than human? Or is humanity itself a mental state, more so than a physical one? As these thoughts pass through his head, Matthew pens them down in white chalk in a stream of consciousness. 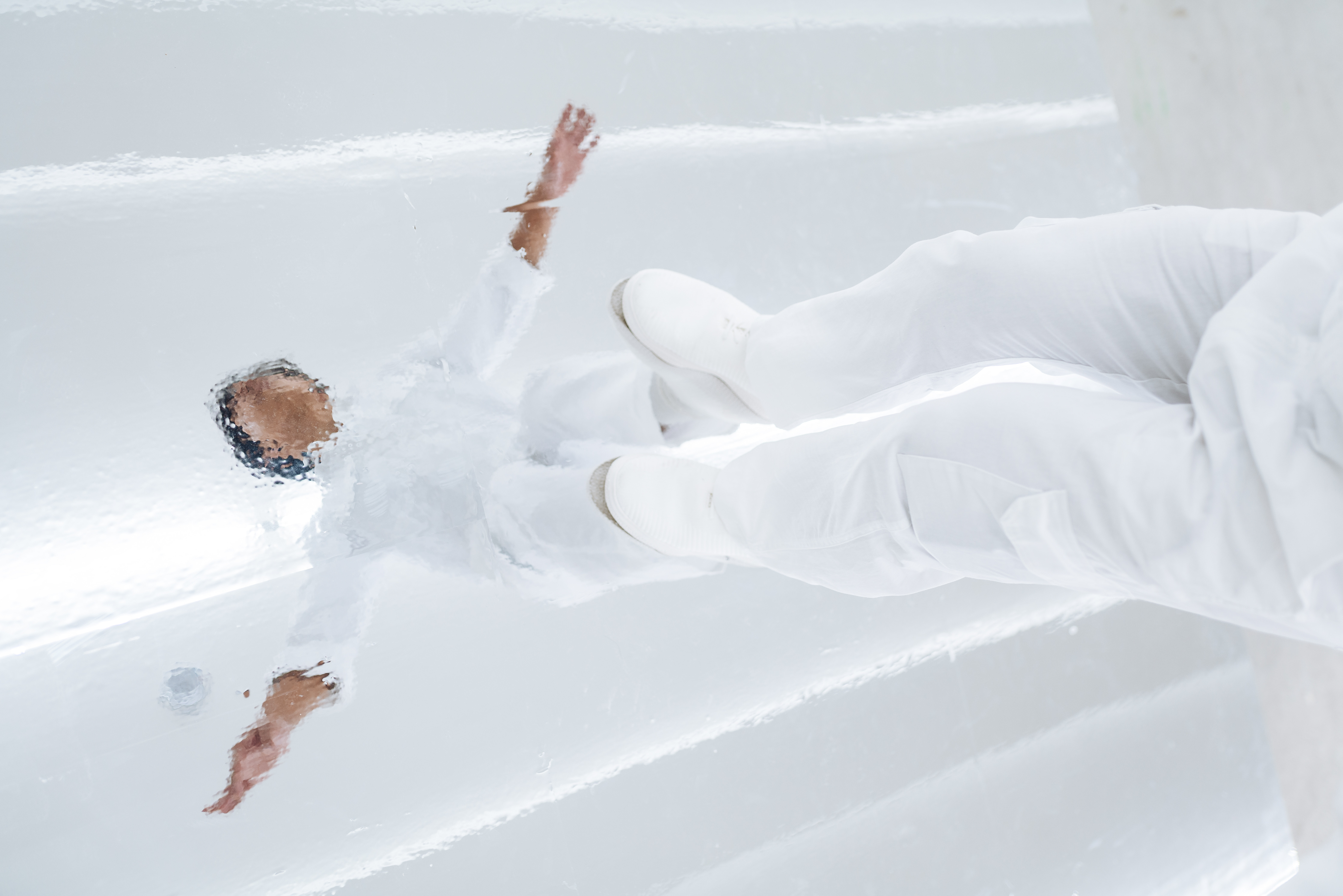 As the experiments each draw to a close, Matthew puts up the drawing of a straight line on the wall, while Dada deflates each exercise ball, and we are left to think about what exactly it is that defines us as humans after all. With a clear intention behind the performances yet abstract enough in their execution to leave us thinking, Being, and Organs represents a step further in RAW Moves’ experimental craft to not only play with form but the audience experience itself. Are we human or are we dancer? RAW Moves makes it clear that that’s a conundrum we’ll still be struggling over long into the future.

Being, and Organs played from 19th to 21st September 2019 at Goodman Arts Centre Multipurpose Studio 1 & 2.

1 comment on “Review: Being, and Organs by Paul Gong (Taiwan), presented by RAW Moves”