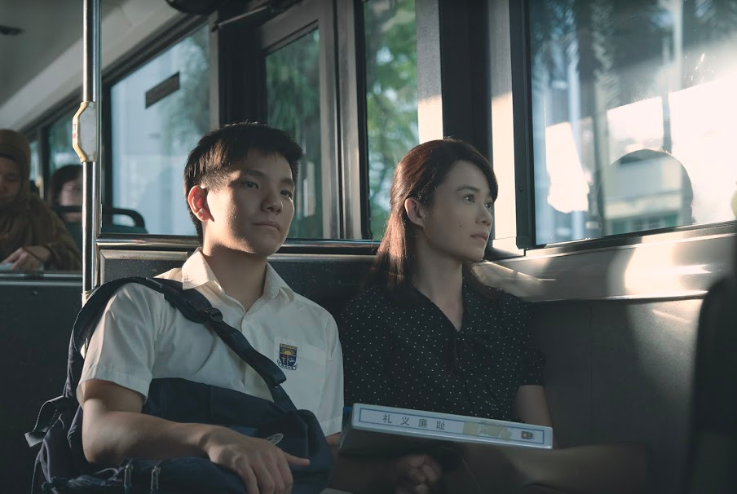 The film opened in China to hot anticipation, and became the talk of the town after screening to multiple sold-out audiences, receiving record attention from Chinese press. Both critics and audiences were profoundly moved its story, earning it critical acclaim and ranked as a must-see film.

The Jury panel, which included actress Joan Chen and artistic director of the Berlin International Film Festival Carlo Chatrian, comments that the film “is directed with maturity and restrain, and observed everyday life with sensitivity,” and that the film “transcends boundaries and cultures through its truthful and universal characters.”

“The journey of filming Wet Season was tumultuous and filled with challenges. I am elated that the audience recognised our sincerity and hope that more audiences in China can get a chance to watch our film.” says West Season director Anthony Chen.

Yeo Yann Yann accepted her trophy on stage with a heartfelt speech, thanking director Anthony Chen and mentor Kuo Pao Kun among others: “I am extremely grateful for this award and the affirmation from Pingyao International Film Festival. It means a lot to me that audiences enjoy the film and appreciate my character, Ling. Playing Ling was very challenging for me since her personality is completely different from Yeo Yann Yann, I had to break myself in order to embark on Ling’s journey. It was extremely gruelling yet strangely fulfilling, ”

Wet Season will have its Singapore premiere on 21st November 2019 to open the 2019 Singapore International Film Festival (SGIFF). It will open commercially on 28th November 2019.

SGIFF 2019 runs from 21st November to 1st December 2019. The full Festival line-up and ticketing details will be announced on 22nd October 2019. For more information on the upcoming 30th edition of SGIFF, visit their website here