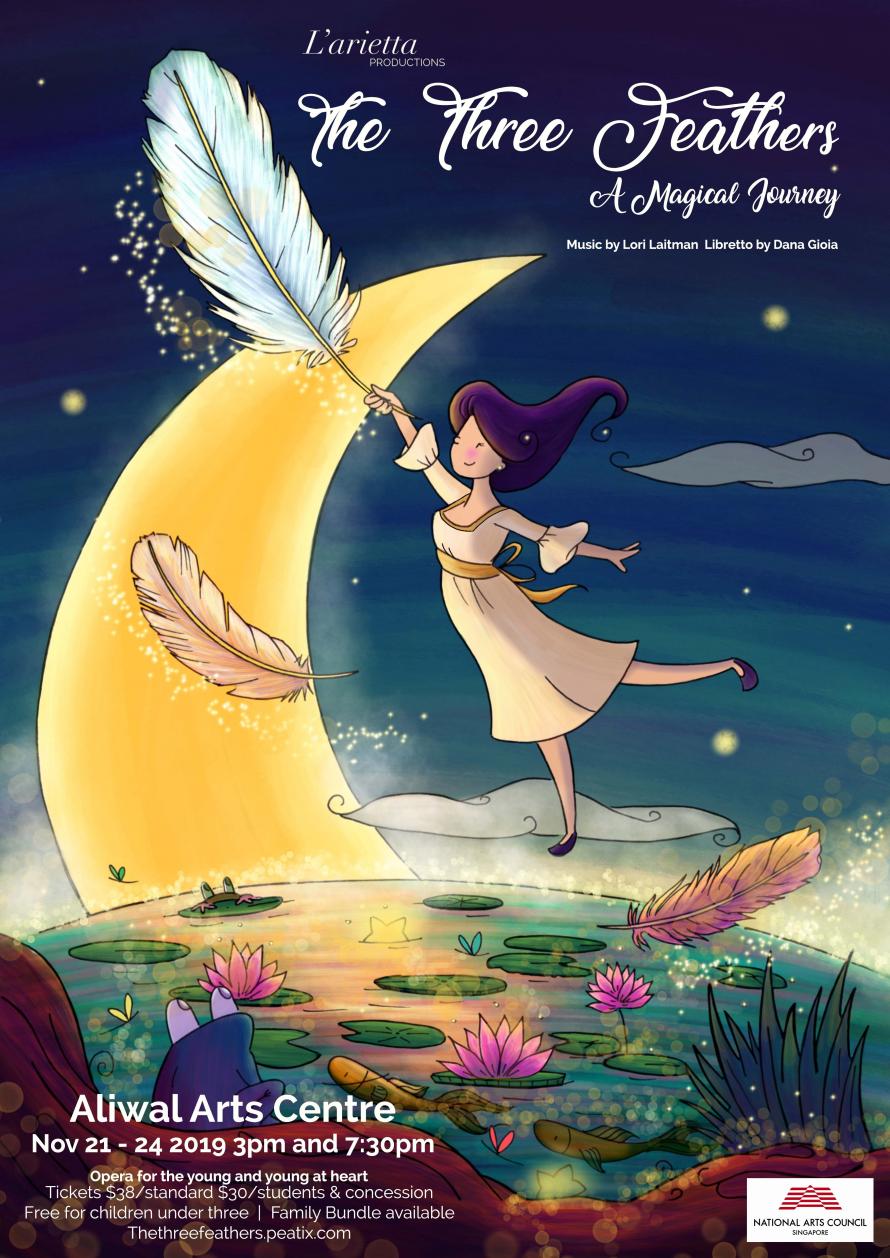 This November, L’arietta Productions is back with an all new show, as they present the Asian premiere of Lori Laitman’s The Three Feathers. A chamber opera aimed at younger audience members, join Princess Dora as she ventures into the magical world to save her father’s kingdom as the show plays at Aliwal Arts Centre.

Based on a tale by the Brothers Grimm, the opera follows Princess Dora, not as a damsel in distress but our heroine. A magic feather leads the shy, self-doubting princess to an enchanted Underworld ruled by a giant Frog King. Here, she summons her courage and compassion to face a series of mysterious and comic adventures that change her life. Completing her quest, she saves her father’s kingdom from the plots of her selfish sisters and earns her right to the crown.

The Three Feathers has received critical acclaim and international productions since it was originally commissioned by the Center for the Arts at Virginia Tech in 2014. This Asian premiere is set to be directed by Isabella Chiam, with music direction by Aloysius Foong and visual art from Colette Alexandratos. The cast will comprise Brent Allcock, Leslie Tay, Kristen Symes, Ng Jingyun, Samuel Ng, Nia Edwards, Val Chong, Chloe Ong, Jana Choa and Tan Shou Chen.

Be sure to bring along a sense of adventure and an open mind ready to face anything and everything, as you and the whole family get together and join Dora and the creatures of the underworld in The Three Feathers this November!

0 comments on “Preview: The Three Feathers by L’arietta”