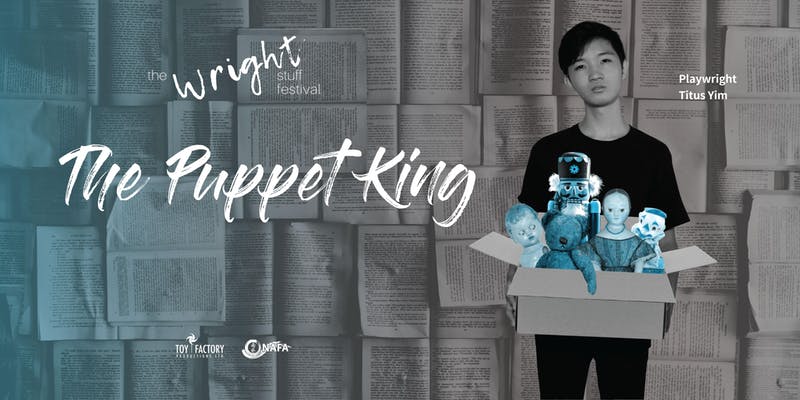 ★☆☆☆☆ (Attended 2/11/19, Matinee)
Final production of The Wright Stuff 2019 meanders in its exploration of existentialism.

While the characters of Pixar’s Toy Story have always dealt with inherent struggles surrounding ideas of abandonment and purpose, none of the ever faced these ideas head-on, at least, not with quite as much darkness as the one infused into Titus Yim’s The Puppet King. 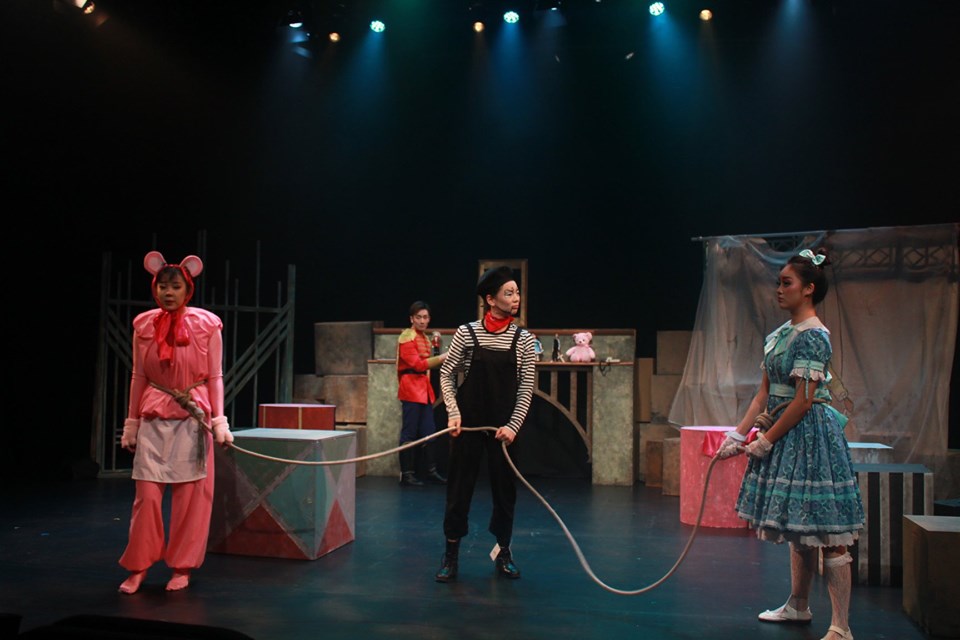 Directed by Renee Chua, The Puppet King is set in an abandoned toy shop, where five defective toys live, each one left to their doom with the shop set for demolition. As the day of demolition looms closet, the pressures begin to build up and the toys turn against each other, uncovering the meaning behind their existence as the further they tread introspectively. 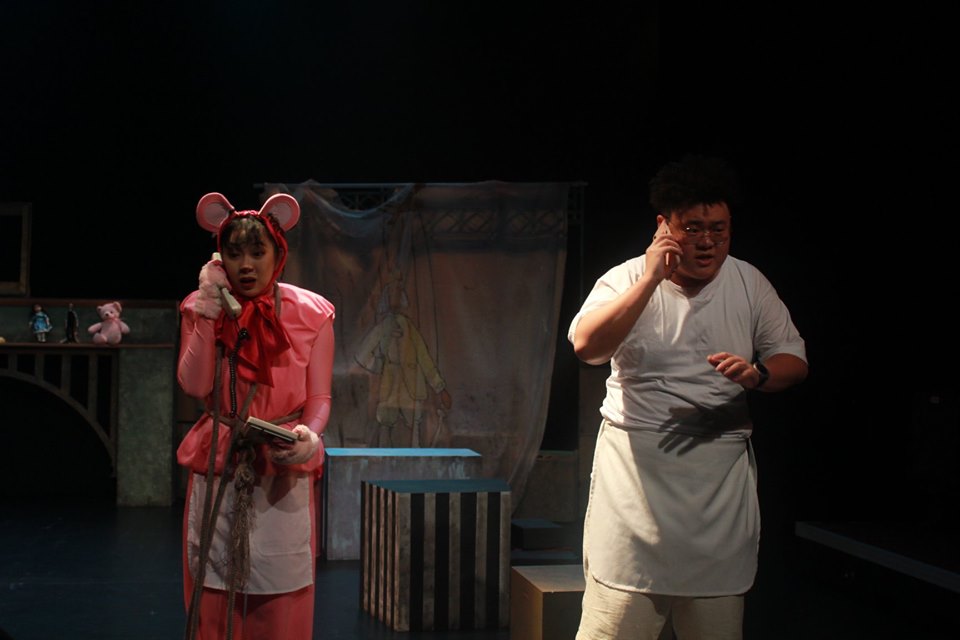 Vivien Lau’s set design clearly situates the five characters literally represented by actual toys above the fireplace, comprising a tin soldier, a pink bear, a blind girl, a mime, and a jack-in-the-box. As the toys come alive, the actual actors emerge in stylised costumes (designed by Ian Wang) to portray each toy, with good attention to details such as how each toy still has price tags attached to their ankles, informing us of their unsold status. 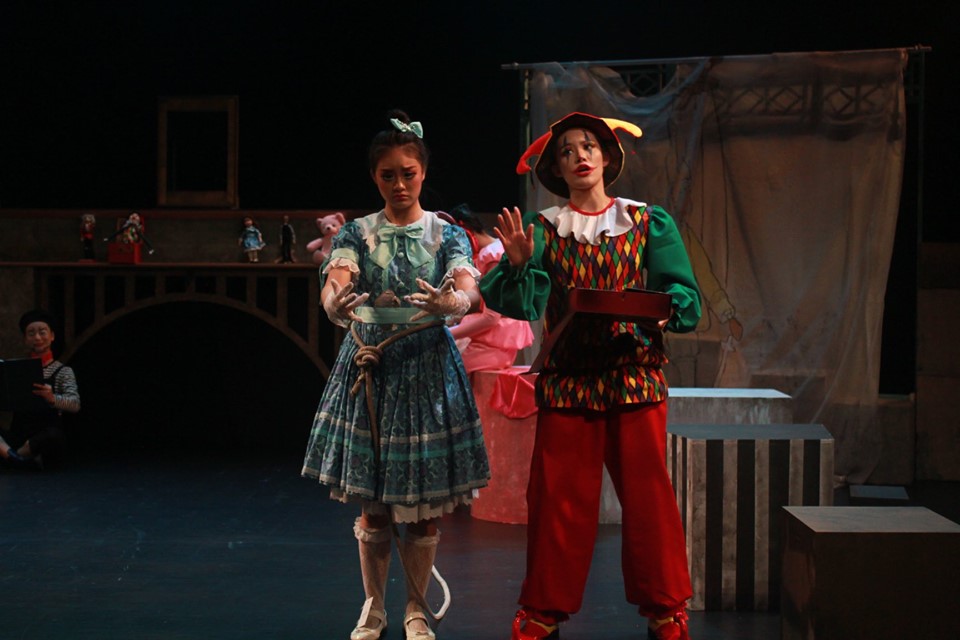 What follows from here is a series of arguments amongst the toys as they recount the circumstances leading up to their current situation, recalling the departure of their original owner thanks to a disagreement. Much like a Toy Story film, what results is a whimsical adventure as the toys attempt to save themselves, attempting to call their owner for help, only to be left hanging on a broken promise as their owner never comes. 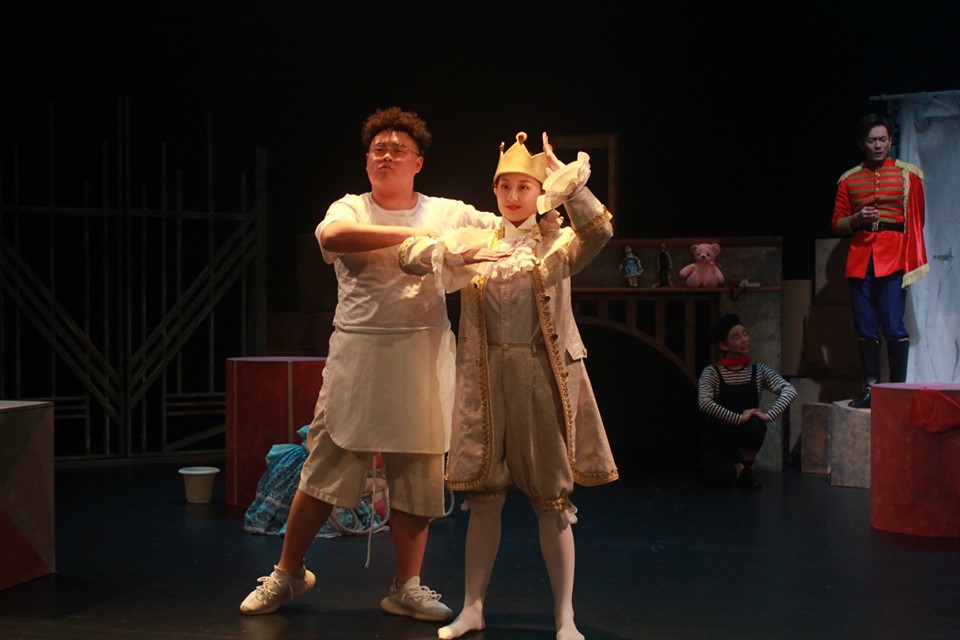 Left depressed and dejected because of their seemingly inescapable fate, the toys begin to lose all hope one by one, with the blind girl committing suicide and throwing herself into the fireplace. The teddy bear is left tattered, her ear torn off after braving the cruelties of the outside world, with the other toys bearing similar dark fates. As the toys fall one by one, there certainly is a sense of depression left hanging in the air, but by the end of The Puppet King, we are still unsure of the point the play was attempting to bring across, besides the fact that life is suffering and that we are all merely playthings of a higher power, subject to their whims and fancy, a familiar theme that this play neither does particularly elegantly nor adds much depth to the ongoing discourse.

The Puppet King ran from 1st to 3rd November 2019 at the NAFA Studio Theatre.

The Wright Stuff Festival 2019 ran from 10th October to 3rd November 2019 at the NAFA Studio Theatre.