With nearly 2 million subscribers on YouTube, an Amazon Video series, a Netflix special and still more, at just age 28, comedian Kenny Sebastian is nothing short of a success story, further evidenced by the almost full crowd at the Shine Auditorium last Friday.

Cheering his name even before he came onstage, the crowd of fans were evidently incredibly enthusiastic at the chance to catch the Bangalore-born comedian live, and Kenny Sebastian delivered in spades. While known for his online sketches, Kenny proves that he’s a force to be reckoned with as a stand-up too, keeping the energy up throughout the set as he delivers keen observational humour fashioned into witty jokes. 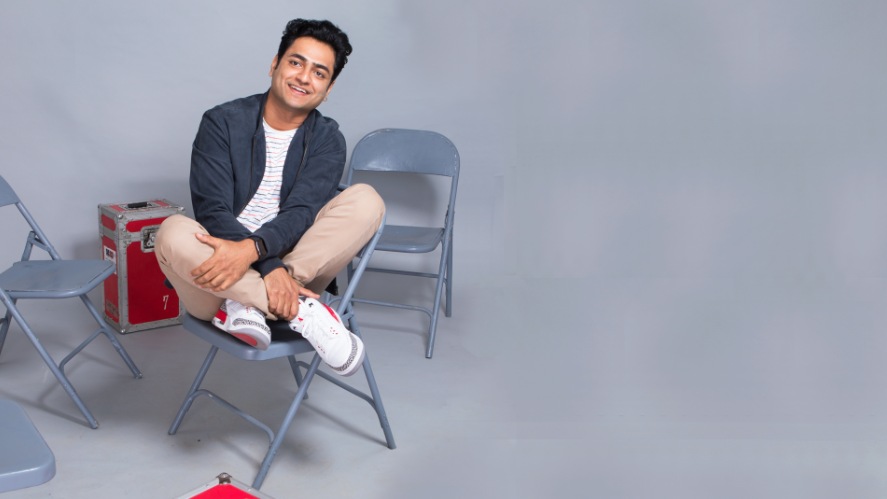 What makes Kenny so interesting is his ability to start with innocent, almost absurd prompts that segue into far darker material (that nonetheless remains laugh out loud). His observations on animals, from cheetahs always looking camera-ready to his hatred for pigeons, are oddly alluring. Much like the best nature documentaries, his ability to draw out animal-human comparisons is precisely what makes it work, particularly with his mention of ostriches being the ‘second fastest animal’ in the world, before linking it to Asian parental disappointment.

From speaking about how our height affects the way we behave to talking about the politics of footwear, Kenny’s transitions are incredibly smooth, and his topics flow easily into each other. Commenting on how chapals (slippers) are often abused and neglected leads to a not-so-subtle dig at the caste system, and many of his segments are well-planned, to the point they circle back to past topics mentioned again cleanly and cleverly. These are helped of course, by his expressive delivery and his accompanying actions, effectively illustrating and emphasising each punchline.

Picking up a guitar, Kenny Sebastian ended his set with a medley of comedic musical numbers, commenting on how Hollywood musicals have absolutely nothing on the mass, crowd-pleasing affairs of Bollywood. Making fun of the unnatural way actors segue from conversation to song, to a hilarious number about making ordinary events uncomfortably sexual through the power of suggestive lyrics, Kenny finishes on a high with a nonsense song in Hindi, proving that you can sing anything at all and still sound good if you have a good enough melody. This is a man who’s worked hard at honing his craft and sharpening it to a point, effective at working the crowd and carving a niche for himself with profoundly unique takes on the world around him, and certainly, the most interesting person in the room anytime he steps into one.

Kenny Sebastian: The Most Interesting Person In The Room played on 22nd November 2019 at the Shine Auditorium.

0 comments on “Laughter Is: Kenny Sebastian’s The Most Interesting Person In The Room (Review)”