As a musical that’s stood the test of time and still receives acclaim over 40 years later, the plot of Cats, if you can call it a plot, is incredibly simple. Once a year, the Jellicle Cats gather around what appears to be a junkyard as they attend a ball under the full ‘Jellicle’ moon. As dusk gives way to dawn, one of the cats is chosen to ascend to the ‘Heaviside Layer’ – their version of paradise, in the hopes of being reborn into a better life. While this premise seems rather unorthodox on paper, the combination of actors dressed as stylised cats performing high-tempo choreographies and otherworldly movements turns out to be rather spectacular. All this results in something more akin to a circus, whose aim is to take audiences to a completely different world and leave them gasping in every scene. 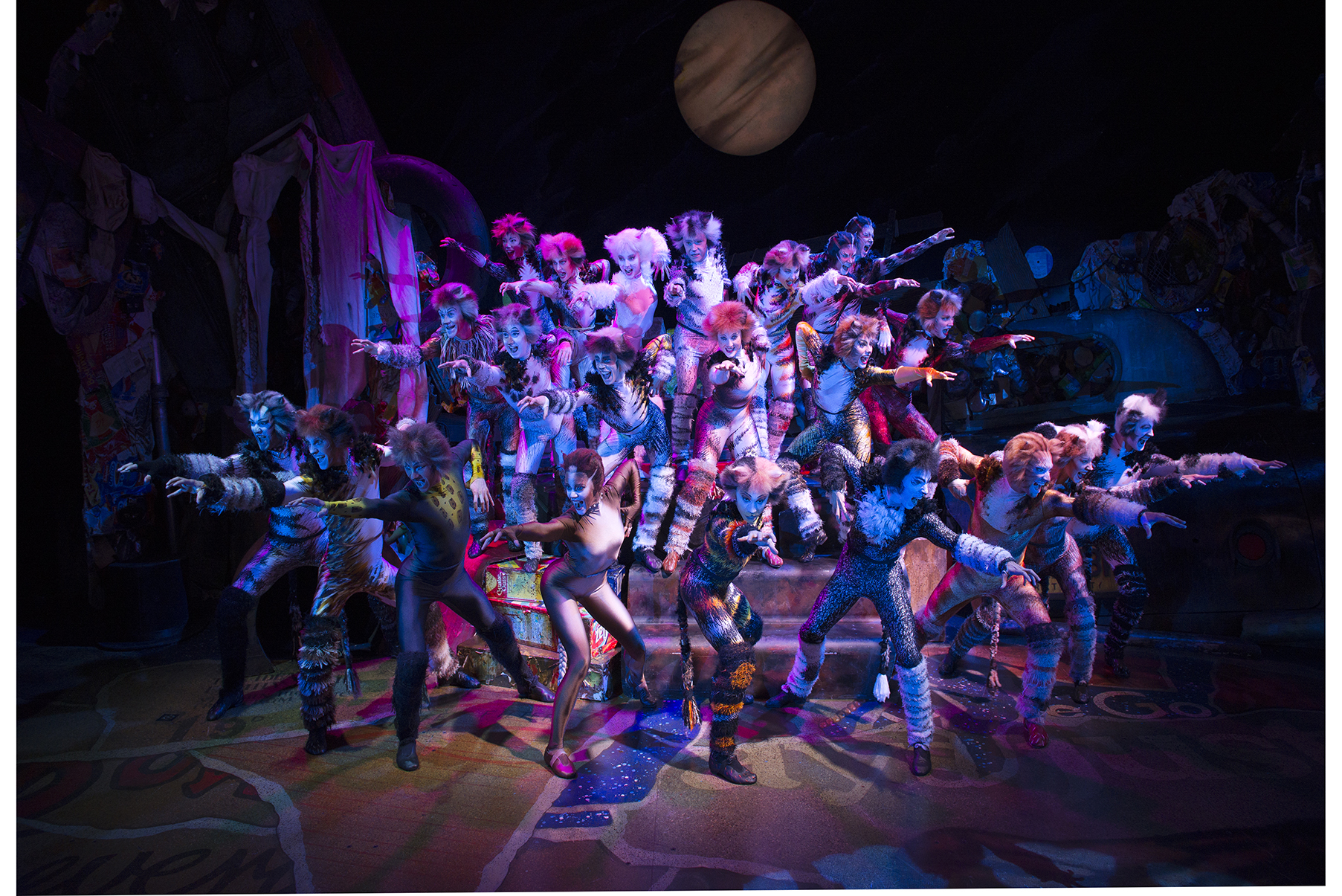 A huge part of why Cats has persevered through the years as one of the most celebrated musicals is how it was one of the first to feature actors weaving in and out of the seats to charm audience members with their animal antics. The same is done for this international touring production of Cats, with audiences at the ends of each row watching as the cats race down the aisles, purring, pawing at and charming them. In the opening overture, fairy lights strung up across the theatre’s ceiling light up slowly along with the music, as if the junkyard is coming alive. The overture also introduces a leitmotif that recurs throughout the performance, and all this helps to immerse audiences into the strange world of Cats, almost as if we are taking up an exclusive invitation into their private rituals and primal parties. 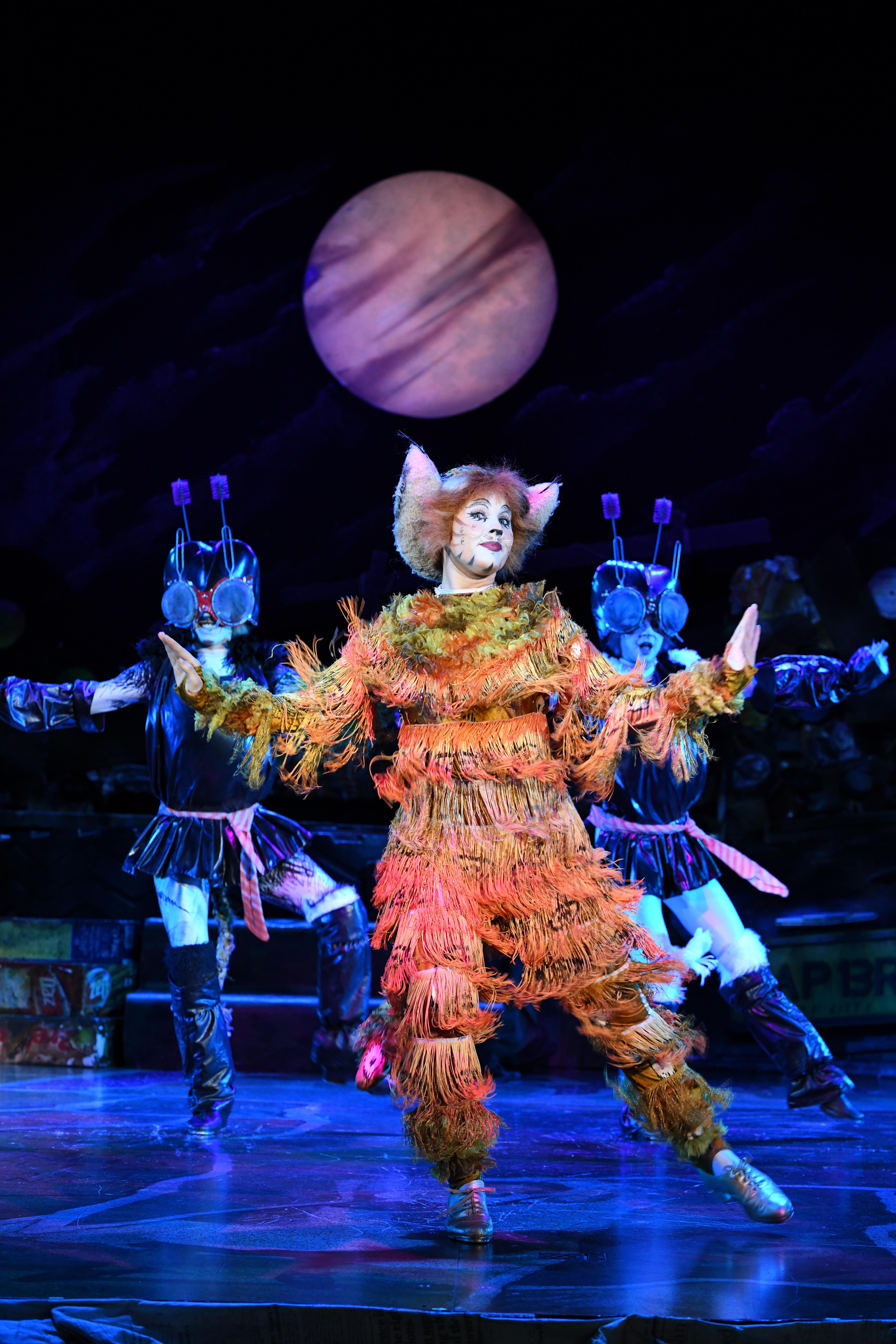 Over the course of the evening, we’re introduced to the cats of all shapes and sizes, each one taking on mystical names that seem to imbue them with an energy and power beyond this world. Each one takes their turn to show off their unique skills through a performance – Jennyanydots (Amy Whittle) commands an entire army of dancing roaches, Gus the Theatre Cat (Andrew Keelan) is an aged thespian who can still garner hearty applause, and Skimbleshanks the Railway Cat (Gavin Eden) summons an entire train. 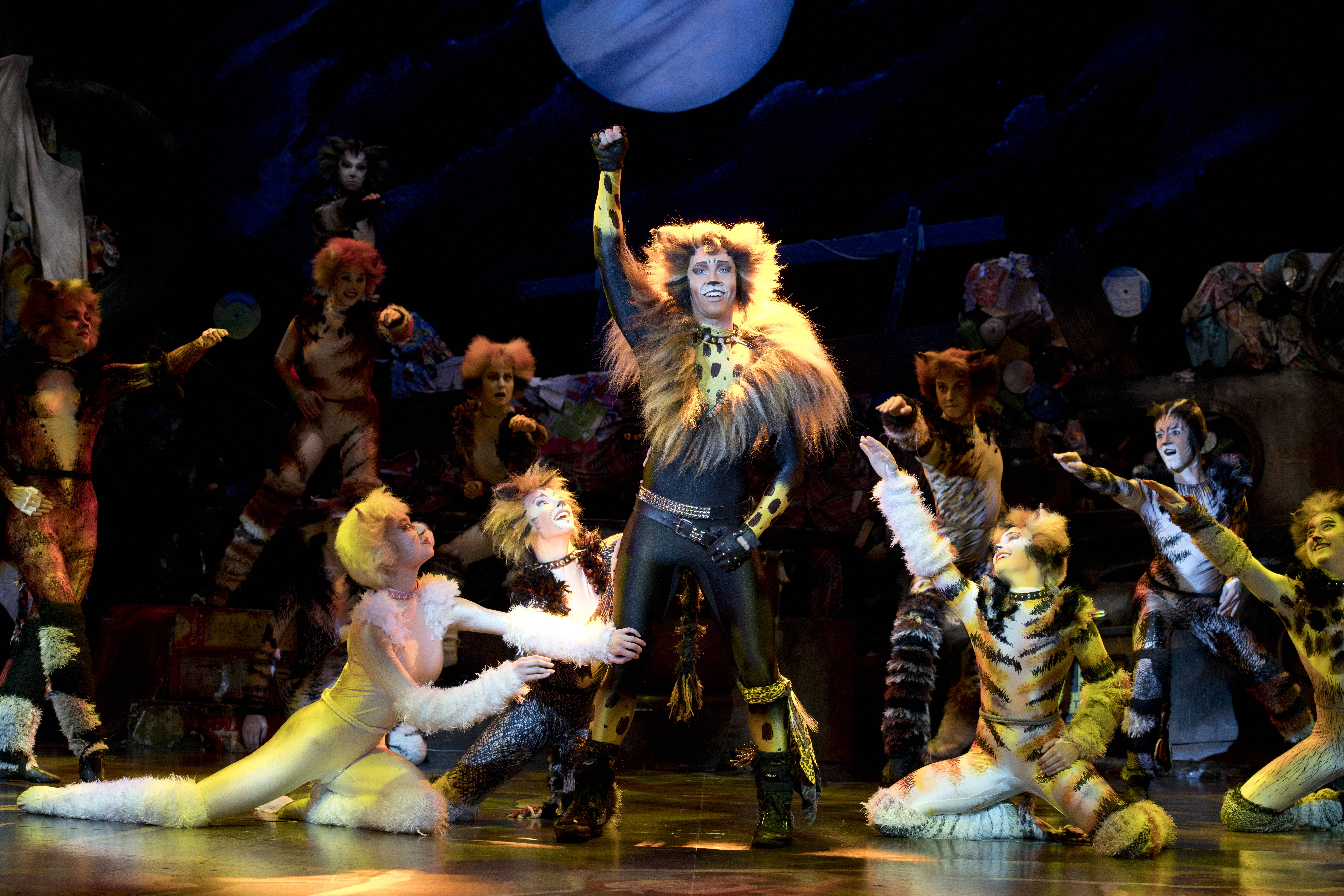 No one really knows the criteria for ascension, and with no spoken dialogue at all, every moment is a number, every step and every movement choreographed and planned out, such that Cats, as a whole, works as a single entity, its parts moving smooth as clockwork, yet very much alive as the fur flies high in every scene. Even in the purely instrumental numbers devoid of singing, just watching the cats nimbly prance about onstage, enjoying themselves utterly as they explore and play in the junkyard is a magnificent sight. 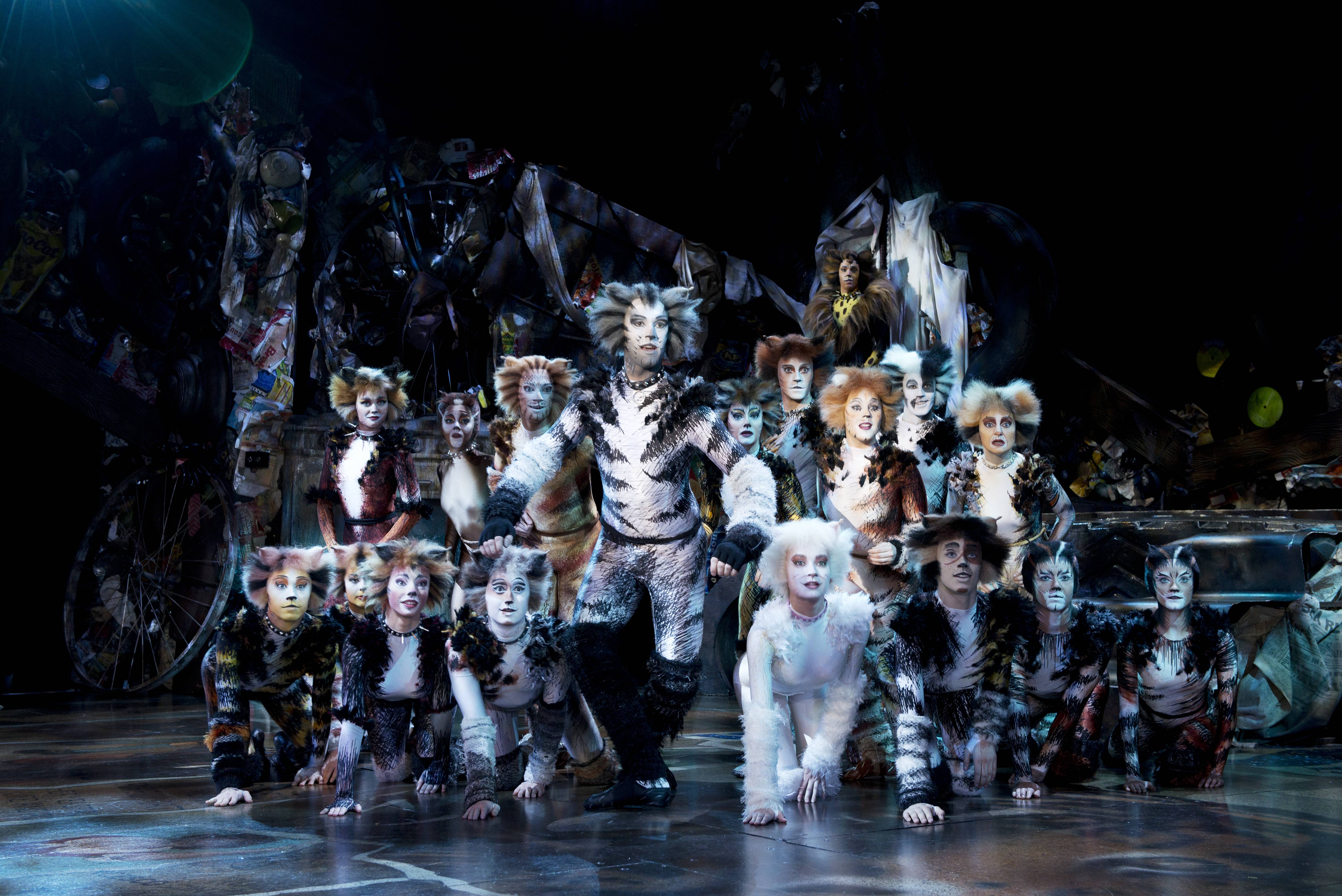 All of this is tied together by Andrew Lloyd’s Webber’s stellar score, where every song is rapturous, celebratory and whimsical, composed and designed to delight with high energy, or to bring out the essence of each cat. With the refrain of its most well-known song, ‘Memory’, playing throughout, there’s even an undercurrent of sadness and regret that is felt from time to time, a reminder of how amidst the frolicking and play, there are always those who are left behind. 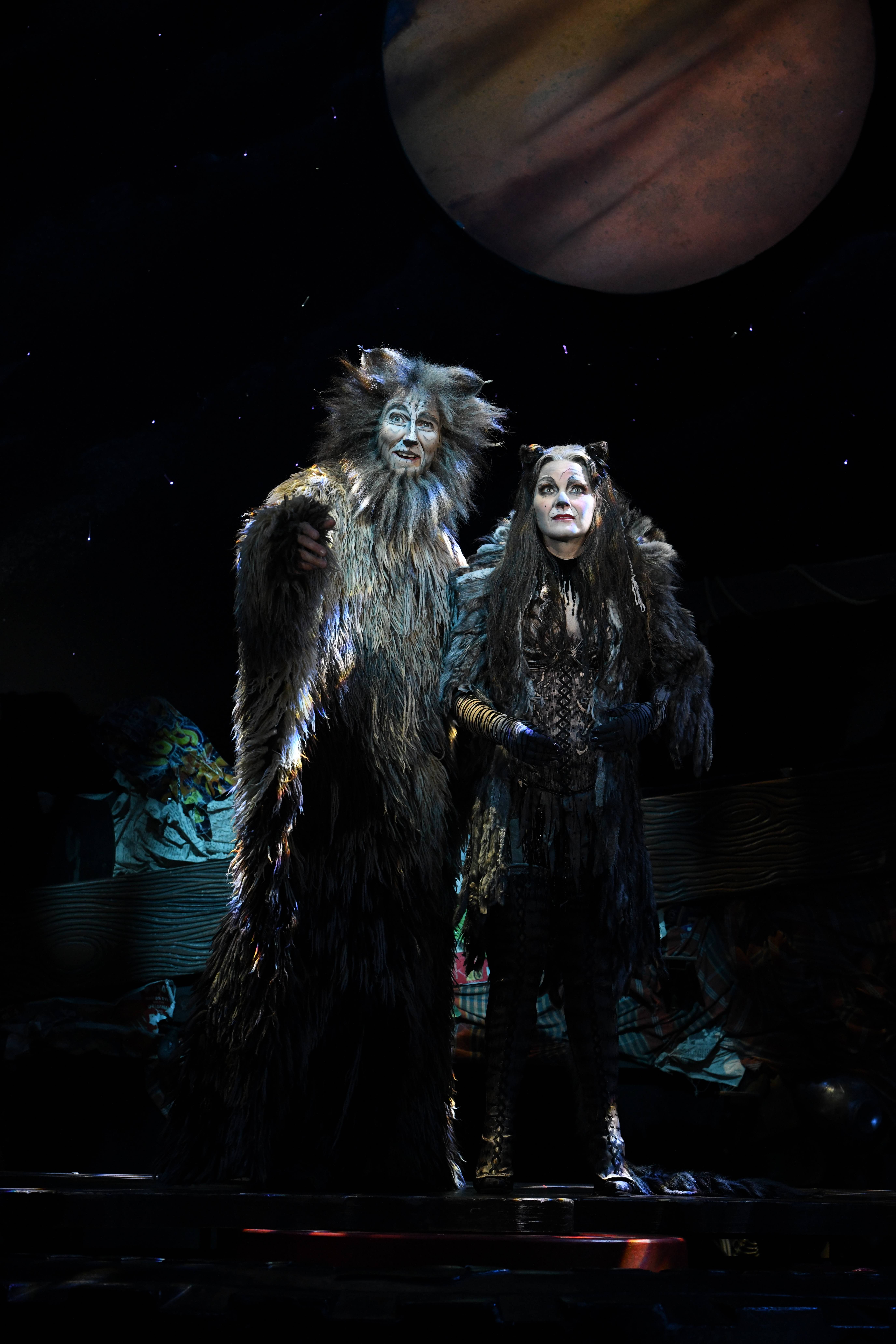 This is encapsulated in Grizabella (Joanna Ampil), the ex-Glamour Cat, now grizzled and unable to perform as the other cats can, garnering their scorn and fear for her disheveled status. Even with the support of the oldest and wisest cat Old Deuteronomy (Nicholas Pound), the journey to be considered one of the pack is an uphill one. All of this is dependent on actress Ampil to bring out the cat’s weighted history and overflowing sense of loss onstage through her renditions of ‘Memory’. This is a challenging role that has been taken on by actresses of renown, from Elaine Page to Lea Salonga, and one that’s difficult to carve into one’s own. While she does look the part, and hits the right notes, there is something lacking in her performance that does not manage to elevate Grizabella to a cat we should feel sympathy for, a pity as this is the moment most people recognise and remember Cats by. 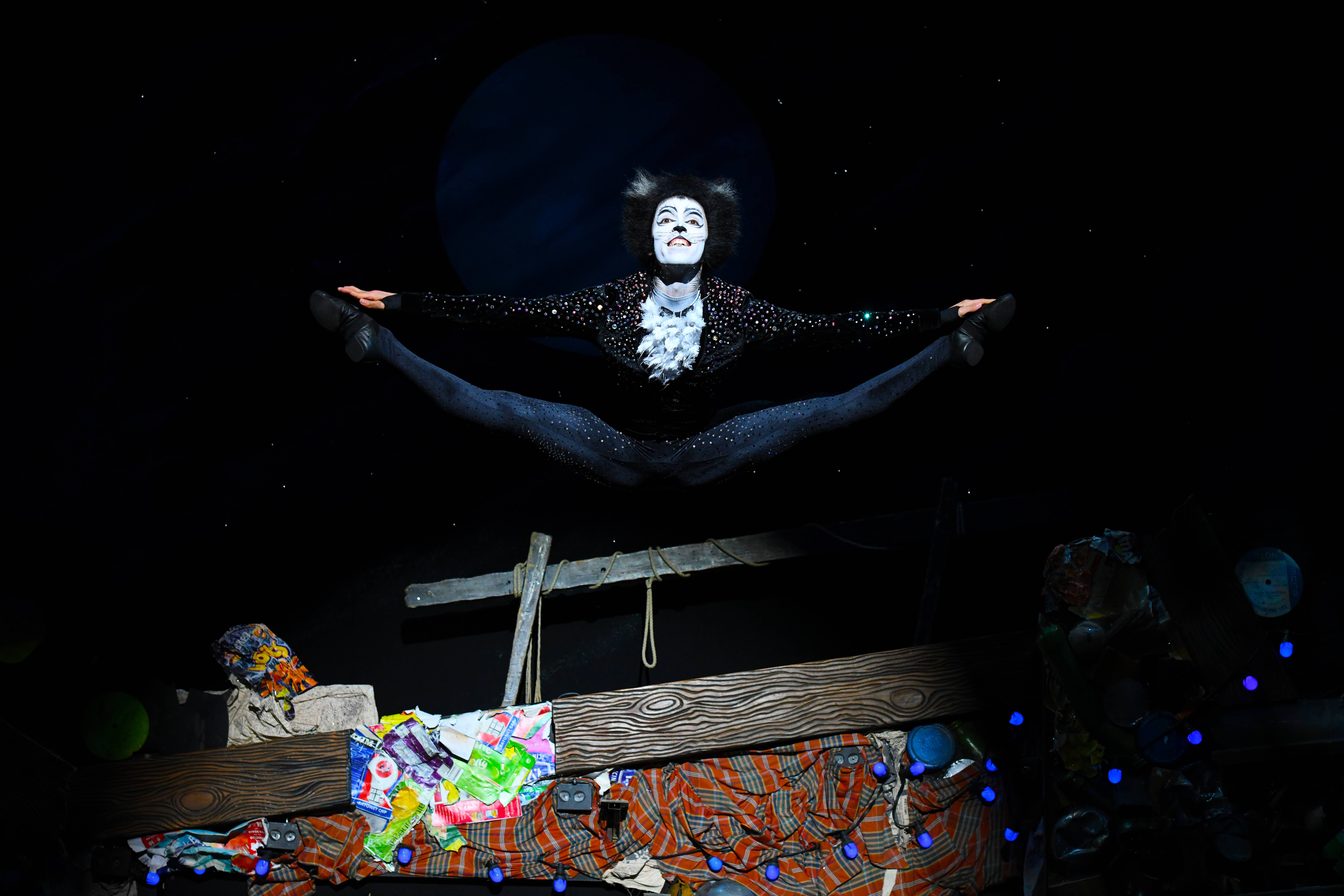 But much like actual cats, there is an inexplicable, feral charm to most of the moggies onstage that allow each of them to shine in their respective individual numbers. Of these, it is the Rum Tum Tugger (George Hinson) and magical Mr Mistoffeelees (Harry Francis) who steal the show. Hinson brings the energy of a legendary rock star in his introduction, overflowing with confidence as he struts across the stage, to the adoration of the female cats yowling and falling head over paws for their idol. For Francis, despite Mr Mistofeelees being a non-singing role, impresses from the moment he appears, with the seemingly endless fouettés in his number, leaping about and doing mid-air splits with a slinky flexibility that can only be described as cat-like. 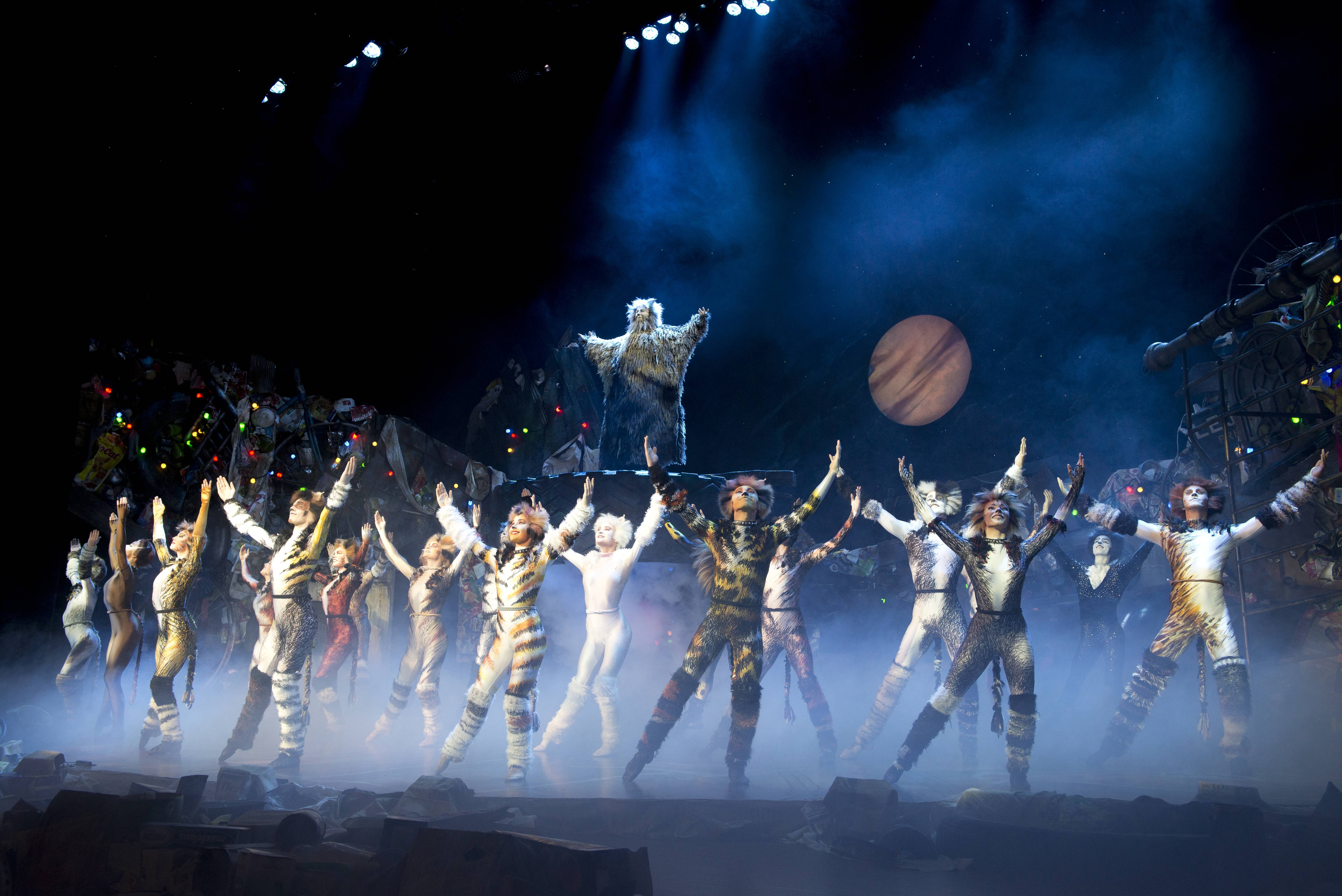 By the time you reach the end of Cats, it feels as if we’ve just experienced a catnip-induced fever dream (complete with a UFO-like platform lifting the chosen cat to the Heaviside Layer at the end). Cats is a classic of modern theatre for good reason, with its magnetic, animal attraction and as a showcase of imagination that still feels fiercely unique and original even today. With slick choreography, characters that push actors into new territory, and a soundtrack that leaves you with feel-good vibes at every turn, Cats is a musical that will leave you enchanted, and create plenty of memories you’d want to live through again and again.

Cats plays at the Sands Theatre at Marina Bay Sands from 17th December 2019 to 5th January 2020. Tickets available from SISTIC

0 comments on “Review: Cats presented by BASE Entertainment Asia”