In London’s (Off) West End 2020: For the Sake of Argument at Bridewell Theatre (Preview) 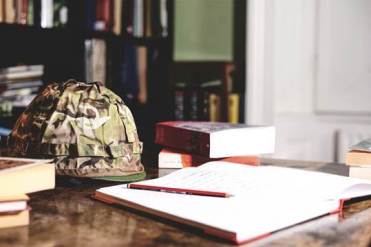 LONDON – The cast has been announced for the hard-hitting production For the Sake of Argument, which explores the dangerous power of language after a journalist’s words inspire a young man to enlist in the army. Georgie Farmer (Ready Player One, Warner Brothers; Mowgli, Netflix; Treadstone, USA Network) joins the cast as Mark Bradley, alongside Greg Snowden (Emmerdale, Coronation Street, ITV; My Mind is Free, Rah Rah Theatre Company) as Nelson Walsh. Paula Cassina (Refugee, Studio Soho; Strindberg’s Women, Etcetera Theatre; Razor in the Flesh, Adream Creative) is Maria Bradley, Ella May (Dido and Aeneas, BBC; The Circle, Channel 4; ) is Liz and Ashleigh Cole (The United Kingdom of Earth: A Brexit Opera; The Agitprop Allstars; O.L.D: Online Dating, Camden Fringe Festival; The Seagull, Woodhouse Players) is the passionate and argumentative journalist Eleanor Hickock.

For the Sake of Argument interrogates the power and danger of language, as one journalist’s words send a young man to the frontline. When a reader’s mother seeks out the journalist who convinced her son to die for his country, sparks fly and violent confrontations ensue.

This play looks to promote the value of compassion and understanding, highlighting the dangers of  taking flippant and radical positions on important issues. It discusses the need for full context and warns of the dangers of offhand comments. It encourages patience rather than knee-jerk reaction.

Writer and director Harry Darell comments: “This is a fantastic cast and I couldn’t be happier that they are the ones to bring this project to life. Each actor has already brought so much to the production, offering brilliant new insights and detail on their characters.’

For The Sake Of Argument runs from 28th January to 8th February 2020. Tickets available here