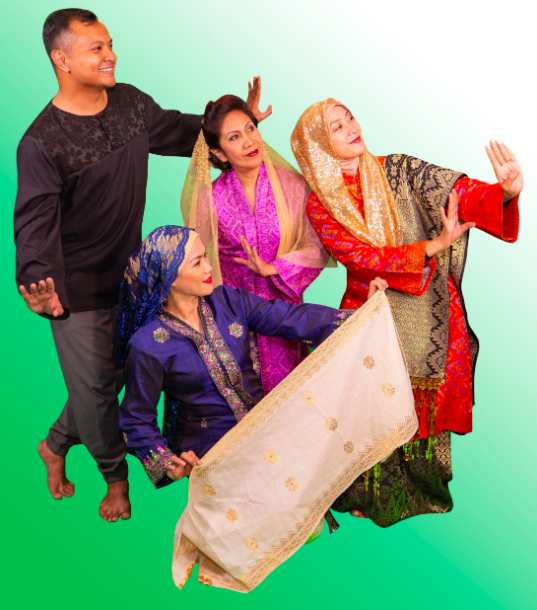 Who exactly are the Mak-Mak Menari and why should we care about Bhumi Collective’s latest show of the same name? In short, the 23-member group of veteran Malay dancers have been around since the early 2010s, and by virtue of their very existence, are pushing boundaries and subverting expectations of the middle-aged Malay woman.

Premiering at the 2020 M1 Singapore Fringe Festival, Mak-Mak Menari is a docu-drama that charts the lives of these women, capturing their personalities, histories and craft through audio, video, and for some, live performance. Even though they have been hindered or taken a break from dancing thanks to marriage, motherhood, cultural and traditional taboos, there is joy they still manage to derive from dancing together, with their little group a symbol of quiet resilience. 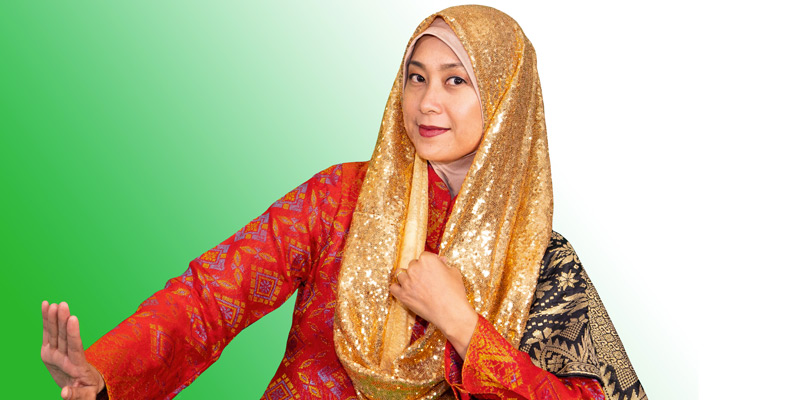 For co-creator Soultari Amin Farid, the Mak-Mak Menari are even more than that, as the Malay dancer and Bhumi Collective artistic director’s dance career was shaped thanks to years of watching and dancing alongside various members of the Mak-Mak. “The Mak-Mak left their previous dancing group for various life reasons, from work to motherhood, but they’ve decided to come back together because they miss dancing,” says Amin. “One of their members was my direct senior growing up, a policewoman who passed on after she was hit by a car, leaving behind her husband and three children. It was quite devastating to the group, and for me, I remember how she often had to teach me how to make my dance moves more ‘masculine’, as the only male in the group.”

It was from this grief and loss of someone described as ‘the glue of the group’, making sure that they would remain bonded by seeing shows together and always making jokes, that Mak-Mak Menari was born. Amin confided in co-creator Grace Lee-Khoo, expressing his desire to create a work telling each woman’s story, reconnecting with each of them and finding out why they stopped dancing, and why they decided to come back to it. 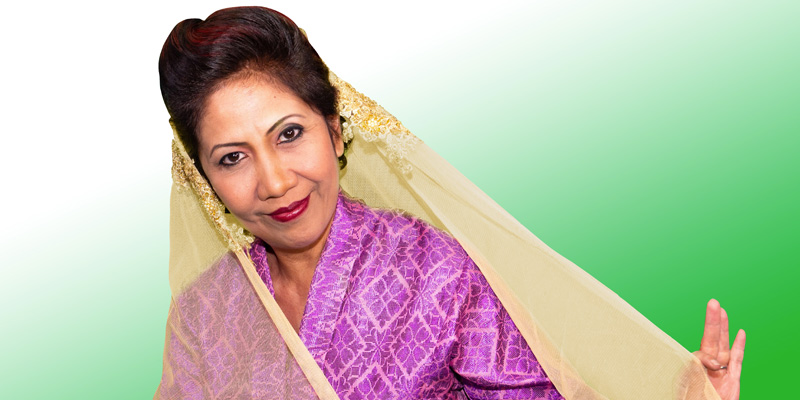 “I felt a bit like an outsider coming in to this wonderful rich community,” says Grace. “When Amin initially told me what happened, all I could do was listen to him. And when I did, I realised how each of these women were so much more than the sum of their lived experiences, and we decided we wanted to tell their stories. From them, there was such a strong desire to maintain and sustain their craft, and we wanted to use docu-drama and the sharing of narratives to help the healing process. Amin’s own role in this is important as well, not only as a Malay dance anthropologist and researcher, but also, a dancer and little brother to these women, adding both a layer of intellect and the personal to this whole story.”

Shedding a little more light on how the form of Malay dance comes into the picture, Amin explains: “A big reason why the Mak-Maks had to leave dance behind in the first place is because Malay dance is designed for certain bodies, and the older you get, the harder it becomes for you. But with the Mak-Maks, they all share these different bodies now, and when they come together to do their own choreography, there is something powerful about watching them onstage. There’s this stigma attached to mature Malay Muslim women dancing onstage, almost looked down upon by the community, whether it’s their peers, husbands or even children, especially when some of them have donned the hijab and should ‘know how to behave themselves better.” 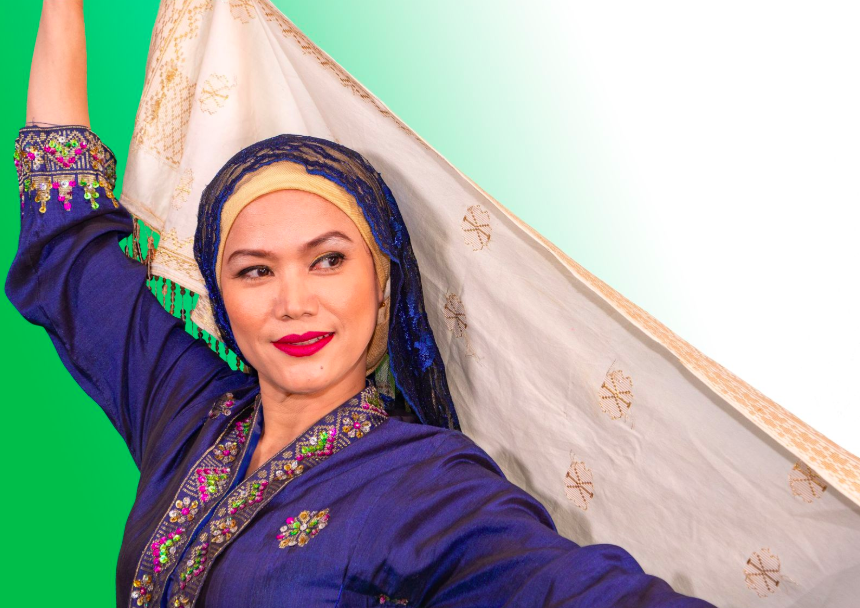 “They’re breaking boundaries in their own ways,” adds Grace. “One or two of them are actually dancing behind their parents’ or husbands’ back, and there is this idea that they have to jump through so many hoops just to be accepted or do something they want. When we first approached them, they never saw themselves that way, and told us ‘oh why would you want to do something like that, we’re really not that interesting’. But they are, and their story of the body and baggage attached to it needs to be told.”

Mak-Mak Menari also inherently incorporates issues of power and agency into the work, where the women are so used to taking instruction, that they took some time to realise that they themselves could take charge. “A lot of the time, the gurus in Malay dance are male, and the women still do end up consulting their previous gurus to seek feedback,” says Amin. “They’re so used to waiting for a person to detail how or what they should do with their bodies, and I told them that they didn’t have to conform to a specific choreography anymore. When we went into the studio, I helped them shape their movements into something they could manage and achieve, and they realised how empowering it was to be able to dance like that again.” 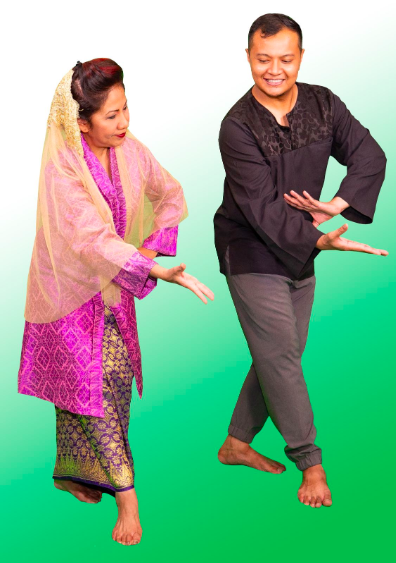 In creating this work, both creators were careful to ensure the process was always respectful, never taking the ladies out of their comfort zone and that they would be comfortable giving what they wanted to. “The devising process is a two-way street,” says Grace. “It’s not like it’s just Amin telling them what to do or me telling them what to say. It’s about what they offer in their stories, and in the interview process, I always ask them what do they want the audience to take away from them as a person, not just a member of Mak-Mak Menari. They have to be agreeable if they want their face or name in the videos or audios, what parts need to be redacted, who can or cannot be named…and they’re never pressured to reveal things they’re not comfortable saying. And they really do care for each other too, which helps with the work. When they think ‘oh this person isn’t being featured more’, they tell us to talk to her more, so the script is constantly changing and evolving from start to finish.”

Adds Amin: “This isn’t something the Malay dance community really does, and for a lot of them, it’s the first time they’re being involved in theatre specifically. Some of them even said that they should try doing more theatre after this project! It’s a safe space and environment we created for them, and I do want people to want to stop and listen more closely to what they say, and realise how diverse practitioners can be.” 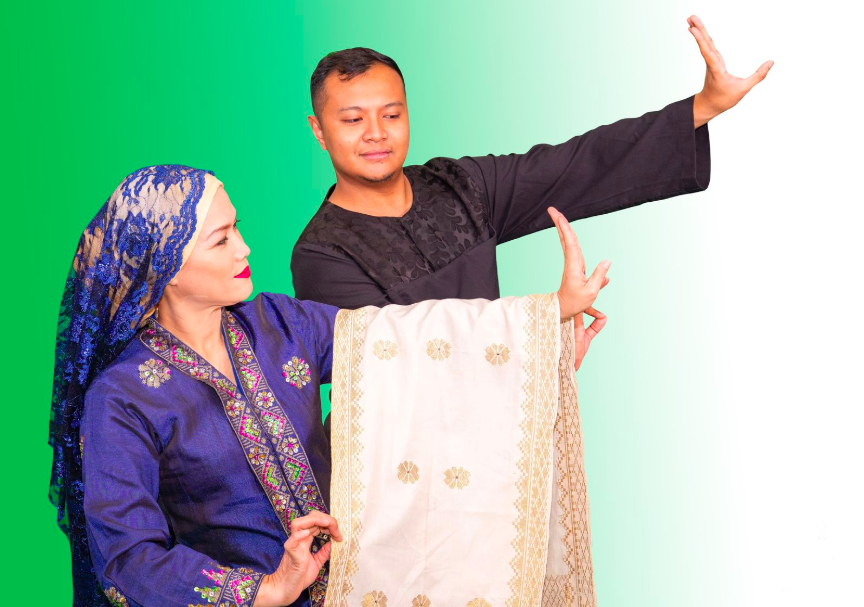 “It’s really the kind of show you want people who may not usually go to the theatre to see,” says Grace. “It’s an opportunity to see these diverse individuals and learn about their different lived experiences. Think of it as community theatre, but remove the prejudice that community theatre is just a bunch of enthusiasts coming together lacking the professionalism. As an applied theatre practitioner, I see it as authentic, real people owning their stories, and daring to put them onstage. There’s room for theatre of all kinds in our community, and I really love that all these women will be owning the stage in their own right. The Mak-Mak Menari story really shows how if there isn’t a space at the table, then you make your own table, and create space for yourself to be involved and included.”

Speaking on how this ties back to Bhumi Collective’s ethos, Amin explains: “Bhumi wants to give a voice to those who may not usually be heard, and present bodies that may not usually be seen. We’re trying to subvert and deconstruct what is ‘traditional’, and in this case, the Malay dance form. It’s a form that’s usually seen as a collective, of bodies coming together, but here, we choose to celebrate and acknowledge each individual voice. It was so important for us to work with Grace as well, because she brings her experience as an applied theatre practitioner, and she’s so open to listening to all these voices and helping shape them.” 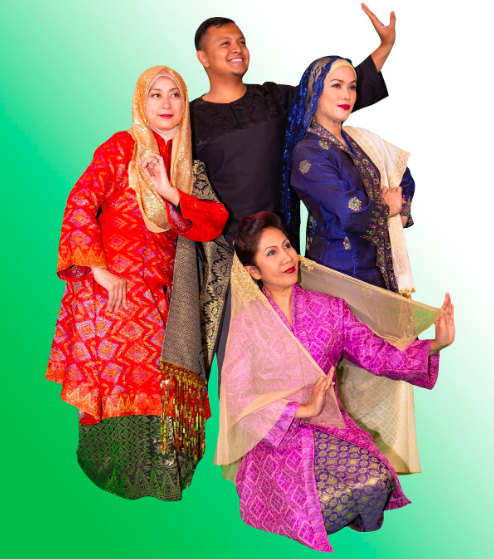 With the Mak-Mak Menari as real people with their own lives to lead, how does Bhumi Collective envision what happens after the show’s run during the Fringe? “I was very happy working with Bhumi on this, because I know they’re one of the best when it comes to supporting the community,” says Grace. “Especially with Amin a part of that community, it’s not going to be a case of just walking away from it after it’s over. I’ve always enjoyed forming all these bonds and forging real human connections thanks to theatremaking. There is a connection here that will outlive the performance. Life goes on, but I like to think that all our lives have been transformed by the process in some way, and it’ll affect them in a positive way as they continue to perform and organise kenduri in the future.”

“It really is quite amazing how Grace has managed to befriend the kakaks so well,” concludes Amin. “As the ‘younger brother’ to them, I already had that familiarity with them, but as a male, there are some things they may not have wanted to share with me. Grace has since become an honorary member of the Mak-Mak Menaris, and it’s been a really nurturing process. I think that we’re going through some changes in the community right now, where even younger girls are coming to me and feel inspired to see all these older women in their tudungs coming together despite the world telling them they should stop. Women who resemble these young girls’ own mothers, and there’s almost a sense of respect emanating from them for these women. I think the Mak-Mak Menari is creating change on its own, and I want to be there to continue supporting them, and watch how they change mindsets and inspire the next generation to carry on.”

Mak-Mak Menari plays from 17th to 19th January 2020 at the NAFA Studio Theatre as part of the 2020 M1 Singapore Fringe Festival. Tickets available from SISTIC