★★★☆☆ (Performance attended 14/1/19)
Finding the means to be who you are in a society that suppresses one’s identity.

With some of her closest family members converting to Orthodox Hasidic Judaism 15 years ago, choreographer Reut Shemesh found herself suddenly embroiled in a world of new rules. Men were not allowed to express any physical affection to women with whom they are not married to, preventing her from even holding her brother, deeply ritualistic with lifestyles that were determined almost solely by the religion. Shemesh then decided to dive into research, interviewing and photographing Orthodox, observant and secular women to examine their individual experiences, crafting it into the piece that would become ATARA – For you, who has not yet found the one. 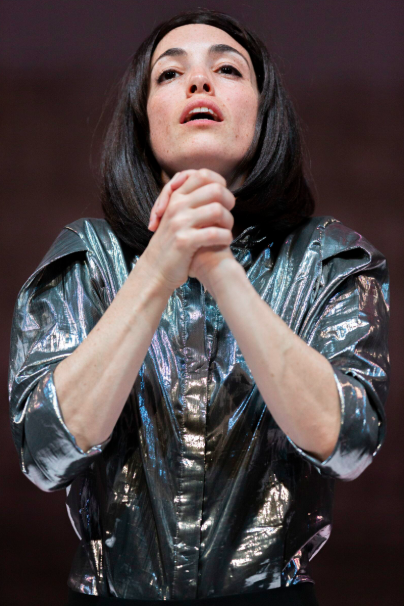 ATARA begins as we see a video of different women looking at what seems to be a spiritual light. There is a neon light just above the dance floor, giving it an otherworldly look and feel. Performers Hella Immler and Tzipora Nir arrive onstage and begin moving up and down in unison, while Florian Patschovsky sits by the side and watches them.

The two women raise their arms, almost as if they are television antennae or performing a salute. Now they begin stamping, almost like their version of tap dancing. They end, and raise their hands as if expecting applause or recognition of some kind. They now speak of boundaries which they can’t cross, and how they are limited in their ability to express themselves freely. They now express that as women from their part of the world, they have been suppressed in a conservative society, made to hide their beauty. They now clip their hair behind their ears, as if a deliberate act to show off their face and highlight their femininity, something that recurs throughout the show. 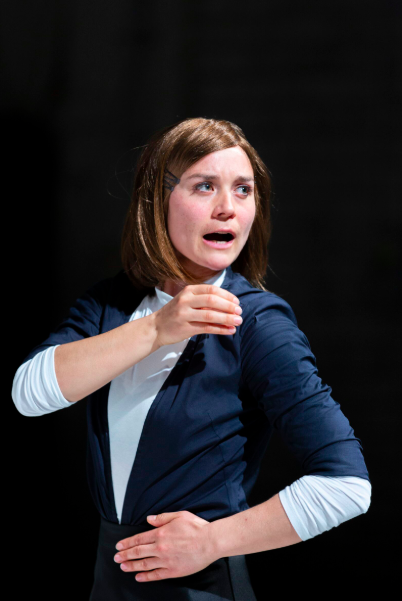 As one woman speaks, the man mouths the words, and vice versa, as if they have no voice of their own and must be spoken for by others. The other woman now walks the perimeter of the dance floor, almost as if she is pacing outside the inner circle, almost as if she is being kept on the boundaries of it. Both the man and woman within the circle begin to perform increasingly vigorous movements before panting, yet finding time to flick their hair behind her ears, once again emphasising their willingness to showcase their individual identity, voice and beauty.

The performers now stare blankly at us, a lot of the dancing seems traditional yet wanting us to feel as if its contemporary at the same time. Some parts feels sensual, almost sexual, now as they lift their heads twirling around, it reminds me of a certain traditional dance called sufi whirling. There is a distinct difference between all three dancers and their attire – one in a provocative, shiny top, another more covered up and conservative, and the last, Florian, as a man mimicking a woman. 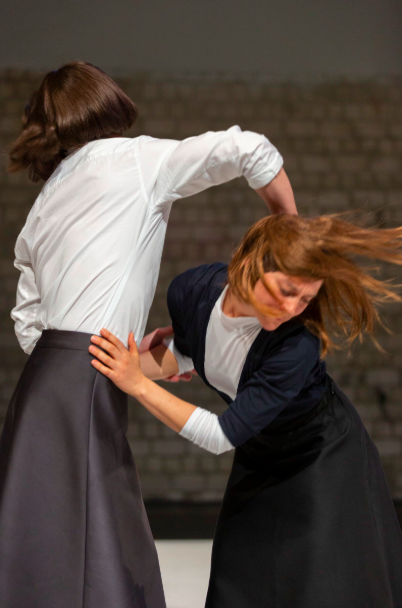 We hear a voiceover, almost Siri-like and robotic, almost repeating things they should or should not be doing, while they stand with their mouths open, as if they are becoming mouthpieces for society itself. The voiceover begins to become repetitive, and the dancers attempt to crawl away (to no avail). Things begin to slow down, and they try to talk, but cannot. They continue with their mouths open but silent, following the voiceover and desperately trying to speak and make any form of sound. It begins to feel almost as if they are chanting, begging for someone to listen to them. Their mind and body are disjoint from each other, unable to express what they truly want to.

They now seem to be controlled, resisting against an invisible force. There is a moment of complete silence before they speak again, wanting to be who they are. They remove their wigs and costumes, laying them at the side, before moving around and putting on another dancer’s costumes. It’s surprising how easy the transformation is into a new character, and it feels as if they want to express how anyone can be anything they want to be. 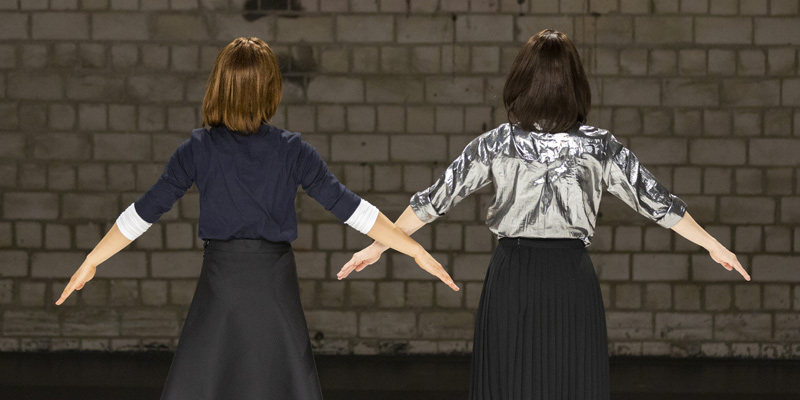 With ATARA, we are left knowing that identity is not skin deep, but lying within ourselves at the very core of our being. and we can be who we want to be, so long as we learn how to express it in our own ways within the confines of society. In a world that is moving so fast, where we transform in the blink of an eye and put on different clothes and personas each day, we must remember that deep down, we are who we are, and nothing can ever change that.

ATARA – For you, who has not yet found the one played from 14th to 15th January 2020 at the Esplanade Theatre Studio as part of the 2020 M1 Singapore Fringe Festival.