Preview: In Our Manner of Speaking – The AIDS Quilt Songbook by The Opera People + Interview

The AIDS Quilt Songbook invites people to take risks. Some texts are very graphic.
We’re not sugar coating it and saying, ‘Well, we’re just having a little difficulty.’ We
must show some of the rough sides. After all, most of the songs are about crucial times in our lives — someone has died, someone has left you, you’ve inherited a lot of money, the boy’s gotten the girl. So, why can’t we sing about AIDS? -William Parker, Opera News, 1992

Following on from last year’s celebration of Clara Schumann’s 200th birthday, The Opera People are back with their In Our Manner of Speaking recital series this March, this time tackling the poignant topic of AIDS.

In 1992, American baritone William Parker found himself dissatisfied with the treatment of the HIV/AIDS epidemic within the musical community — particularly with AIDS benefit concerts. Inspired by this Parker contacted several prominent composers, to create art songs inspired by the experiences of those living, coping with, and dying from the disease, the AIDS Quilt Songbook was born.

While Parker died of the disease in 1993, over the years, composers have continued to add to this collection of songs, keeping the stories of those who live, have lived and
died with the disease alive.

With that in mind, the second edition In Our Manner of Speaking turns the spotlight on William Parker and his legacy, bringing the stigma of living with HIV/AIDS through song for the first time in Singapore. At once poignant, melancholic, hopeful and ironic, this collection which began in the early 90s has grown over two decades to span the works
of composers such as Ned Rorem, Libby Larsen, Ricky Ian Gordon, Kamala Sankaran, Lori Laitman and others.

The Opera People will also be featuring the contributions of composers and songwriters from the worlds of popular music and musical theatre including Stephen Sondheim, Elton John and Charlie Smalls. In keeping with the spirit of the collection, the group will also be adding their own patchwork to this quilt with a newly commissioned song, ‘Viral Lode’, by local composer Chen Zhangyi, set to the poetry of Cyril Wong.

This second edition of In Our Manner of Speaking will feature singers Akiko Otao, Ng Jingyun, Wendy Woon, Chieko Trevatt, Leslie Tay and David Charles Tay, accompanied by pianist Pauline Lee, with readings by Cyril Wong. This March, join The Opera People as they pay homage to those who have lived and lost from HIV, in the intimate space of the W!ld Rice studio at Funan. But first, hear from The Opera People as we find out a little more about the show before it premieres: 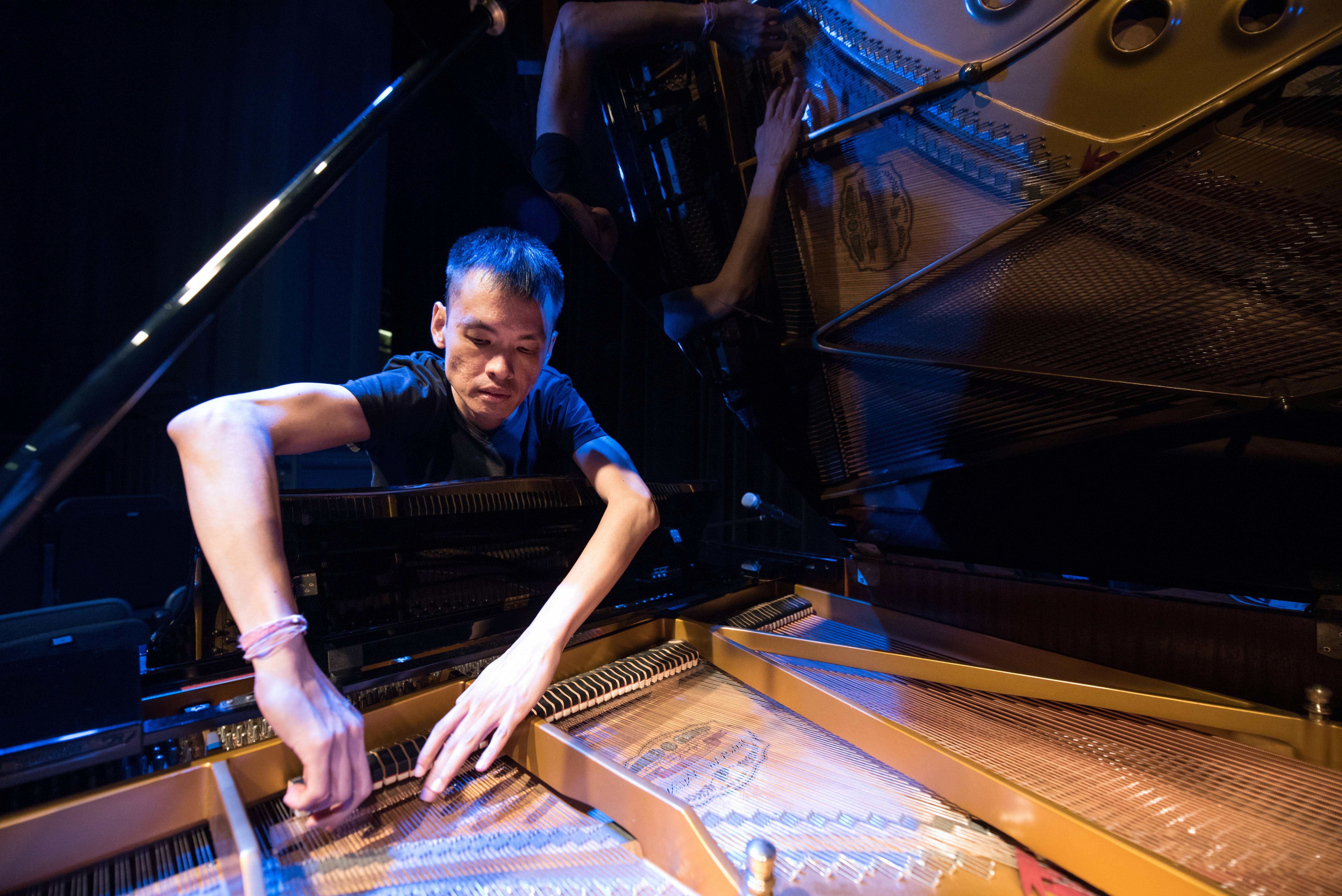 Bakchormeeboy: What was the impetus behind choosing the AIDS Quilt Songbook as the focus of this year’s edition of In Our Manner of Speaking?

The Opera People: One of the things we decided after last year’s In Our Manner of Speaking, which celebrated female voices in song to celebrate the bicentennial of Clara Schumann’s birth, was to expand the series to explore social issues and underrepresented voices though song.

It just so happens that around this time, we came across the original AIDS Quilt Songbook collection, which was commissioned by Baritone William Parker in 1993 to rally composers of the time to engage with the epidemic. From there we discovered more and more songs that had been added to the collection and it felt like this was the right topic to tackle, especially since there haven’t to my knowledge been any engagement with this issue in the music community. The other great opportunity it afforded was for us to present a programme made up almost entirely of living composers and contemporary music. 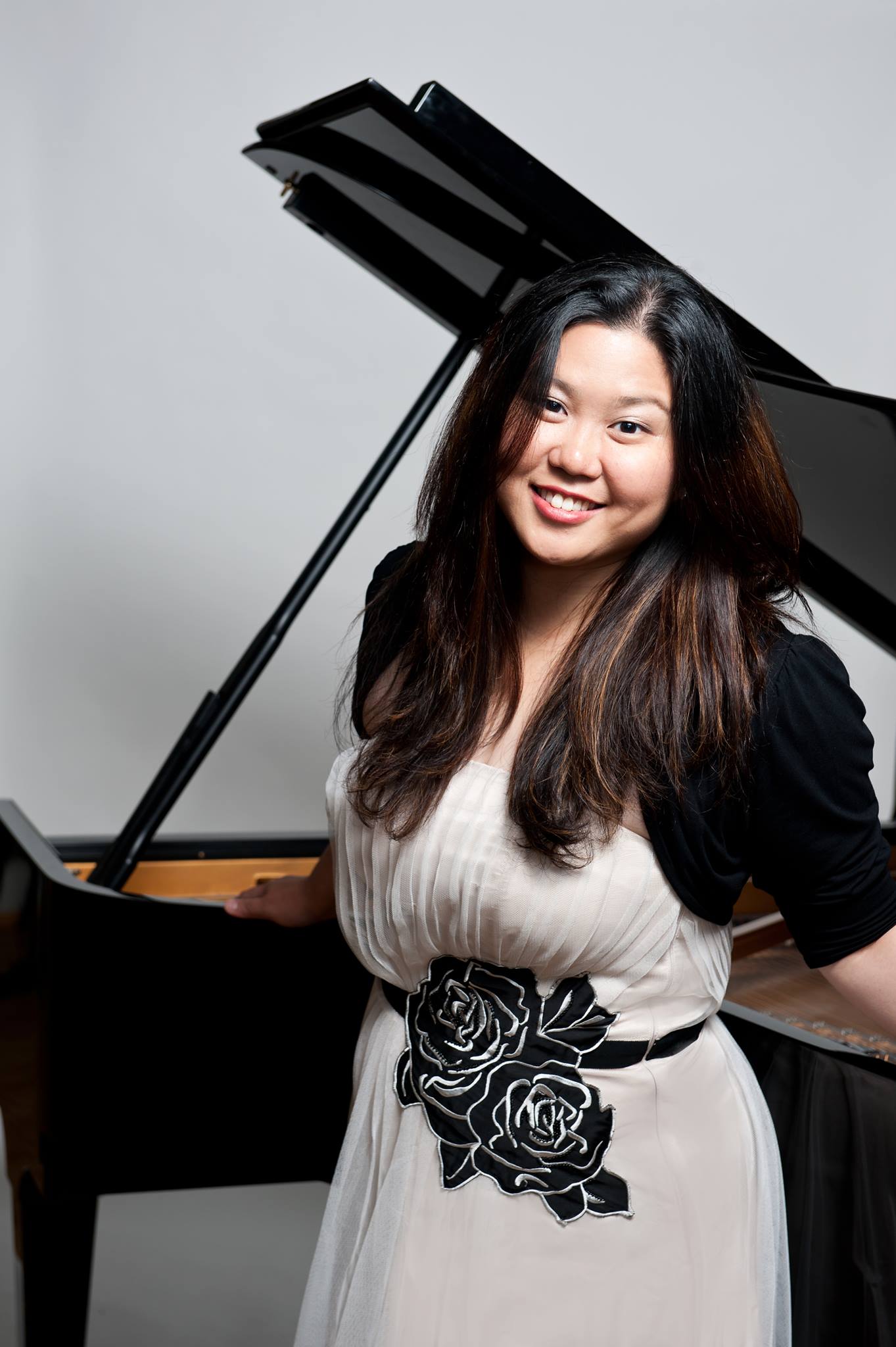 Bakchormeeboy: AIDS is of course, an incredibly heavy topic. Yet there is poignancy and even hope in the songbook. How will this be brought out in the performance to balance out the more melancholic aspects of the show?

The Opera People: You’re right and while many of the songs deal with loss and death there are many that are life affirming and about finding joy and hope in each other through adversity. We were very mindful of the songs we chose so that the programme was both balanced and nuanced. So alongside weightier songs by John Musto or Libby Larsen we also have songs by Sondheim, many of whose musicals were written at the height of the crisis. 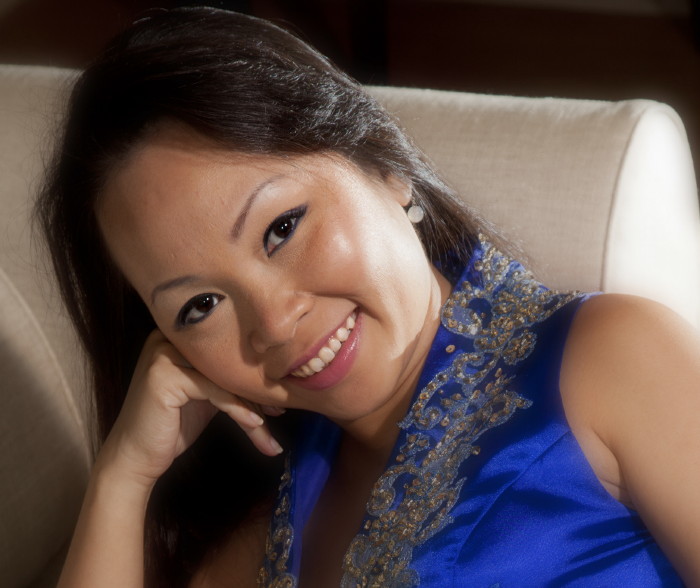 Bakchormeeboy: Tell us about your selection of the performers for this edition of In Our Manner of Speaking, and what they bring to the performance.

The Opera People: Other than David Charles Tay and Ng Jingyun, all the other singers in the programme are performing with us for the first time although all of them are no strangers to the scene. On the one hand we had in mind singers who already are known for singing contemporary music or venturing into musical theatre like Akiko Otao and Leslie Tay. And on the other, we wanted to challenge singers whom you wouldn’t necessarily associate with a programme like this. We also paired the songs to the singers very carefully so that they could draw on their own experiences in communicating these pieces. And of course we have the wonderful Pauline Lee on piano who also played for us last year. 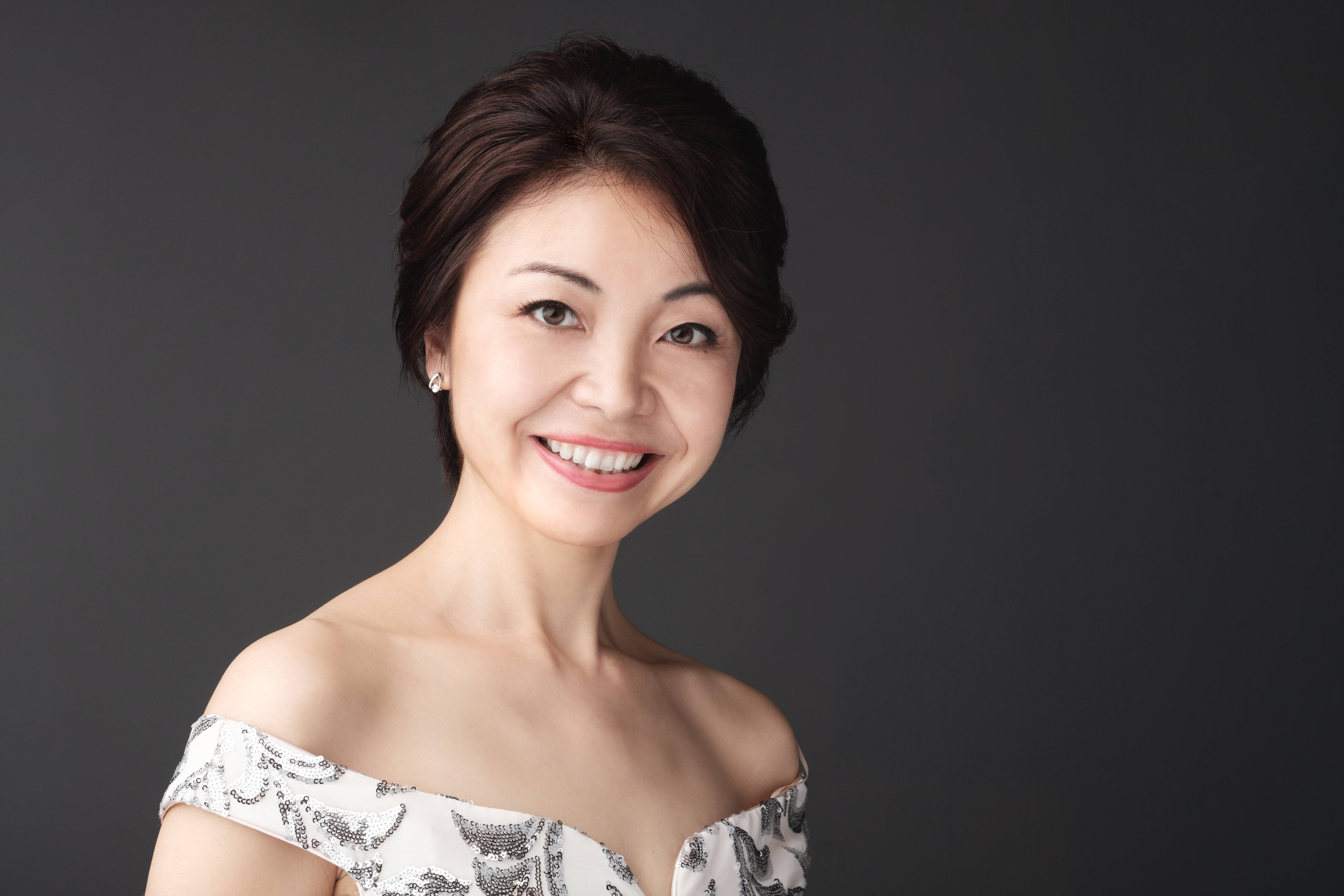 Bakchormeeboy: Much like the previous edition, which featured poet Pooja Nansi, this time around, you’ll be featuring Cyril Wong performing readings (and is himself known for being able to sing). Is there a specific reason why you have chosen to feature local poets in each edition of the series, and poetry’s relation to opera and song?

The Opera People: It’s easy for us to become siloed in our disciplines but I think we constantly forget that poetry and song are inseparable, because song is ultimately about the relationship between text and music. However, while the music adds this extra layer of depth to the poetry, it can also (especially in the case of art song) distance the listener from the text.

What the spoken word allows us to do it ground the programme in narrative in a very strong way, and we’re so happy to have Cyril on board for this edition as he will be reading poems from his own collection Tilting Our Plates to Catch the Light which deals intimately with living with a partner with HIV. In addition, most of these songs are by American composers and while there is a deep universality to them, they can also feel removed without tying it back to the specifics of our experiences here in Singapore and collaborating with local poets is the best way for us to say: “Look, these are our stories too”. 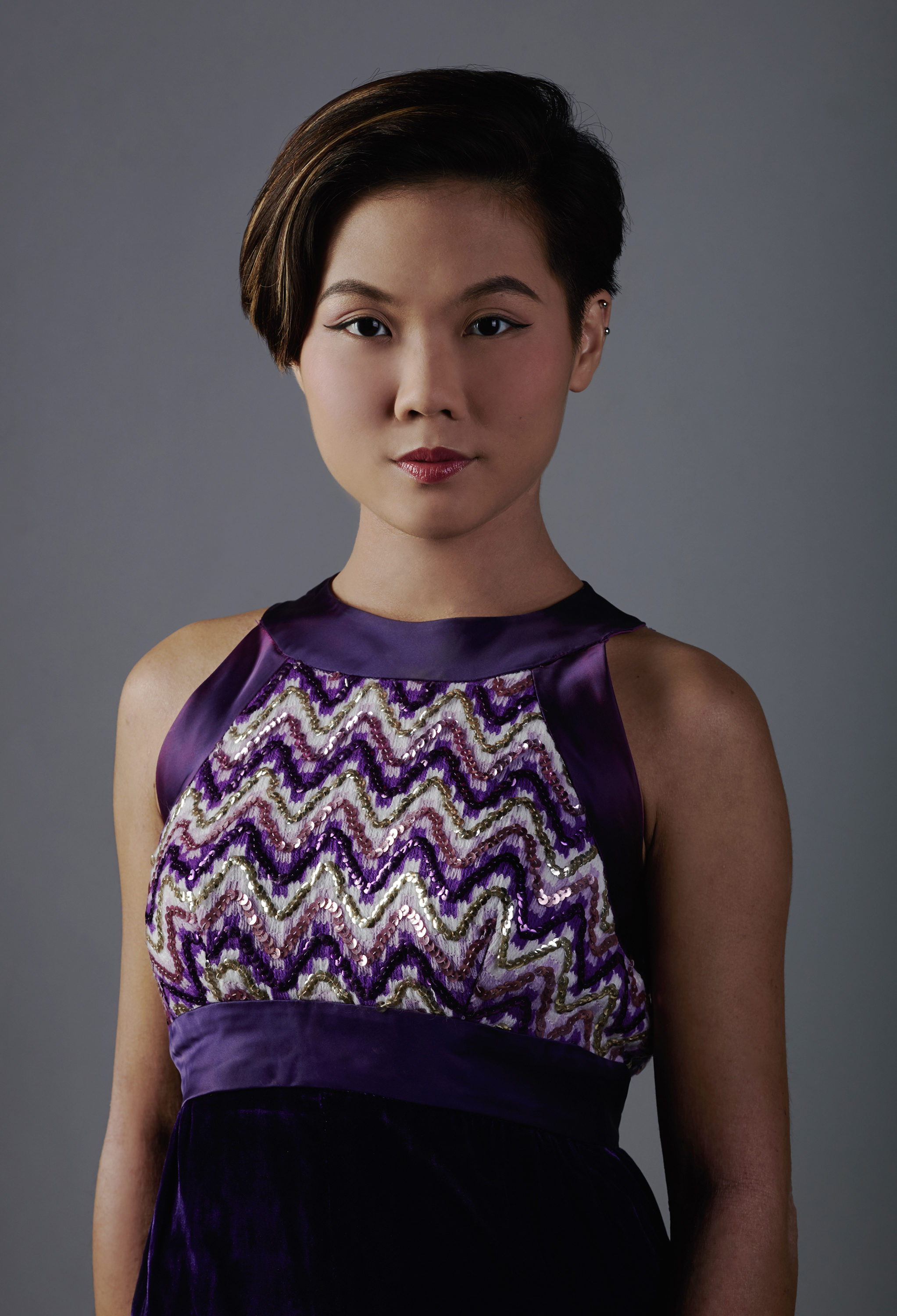 Bakchormeeboy: The show will be featuring a brand new composition by Chen Zhangyi, set to Cyril Wong’s poetry. Could you tell us about how that was created, in terms of the selection of poems, how it’s interesting in terms of its composition and what is the message the song hopes to bring across?

The Opera People: When we were researching music for the show, we came across all these songs that have become part of the song collection over 20 years. It begged the question, what is our contribution to this body of work? While we wanted to capture the diversity of voices in these compositions, we also felt that it was important for us to show that we could also create something to add to this conversation. We then approached Zhangyi with Cyril’s poetry and he was very inspired by the poem Viral Lode, and decided to set it to music. This will be our first ever commission and while it is just one song, I think it’s an important step in bringing new music in touch with conversations on social-cultural issues.

The piece has been written for soprano Ng Jingyun and the poem itself deals with the narrator grappling with the discovery that his partner is ill and wandering in a daze through the streets. It’s a vocally demanding piece that really captures the extremes of emotions of a person trying to continue through life, knowing that that life can never be the same again. 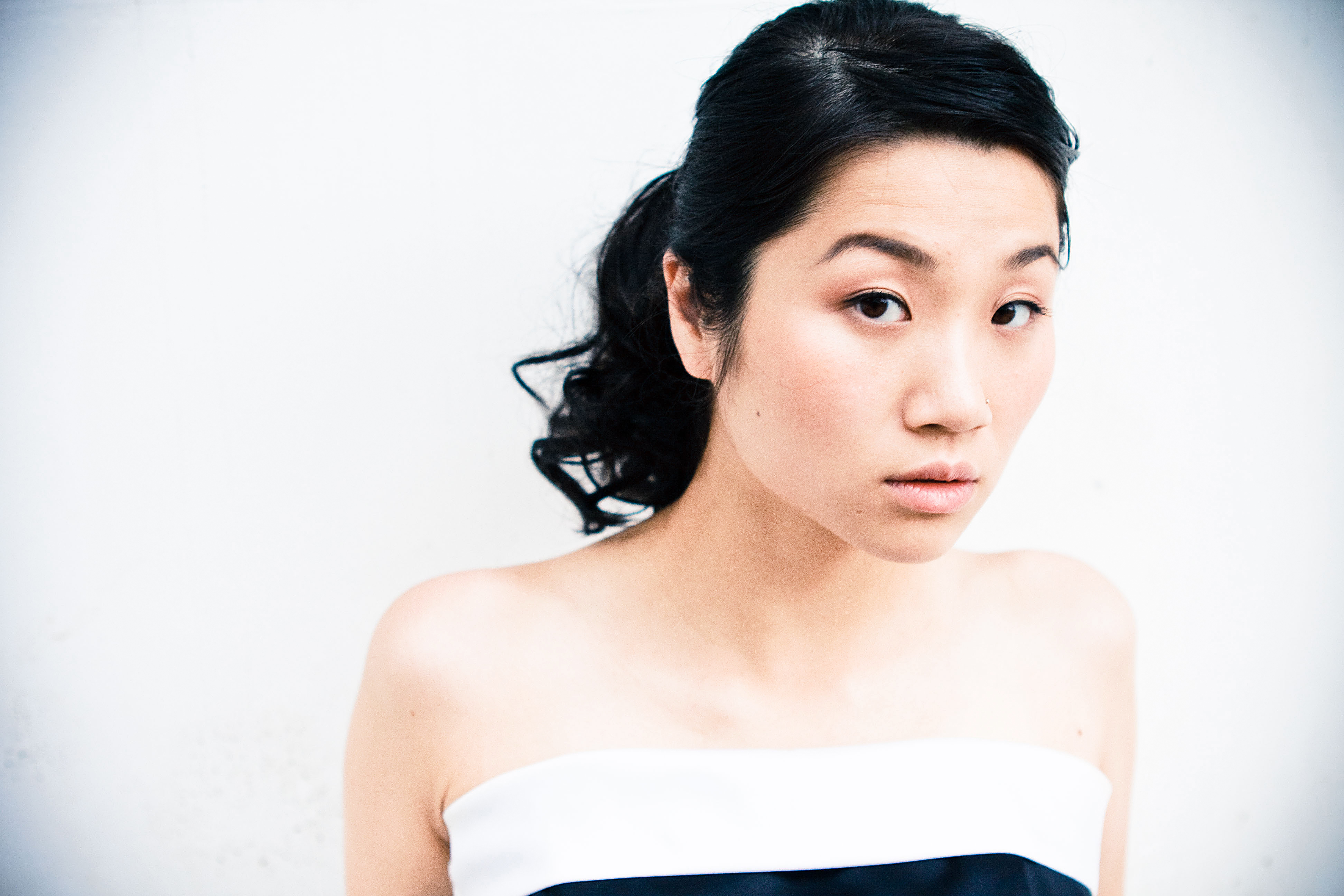 Bakchormeeboy: You’ll be performing at the Studio at W!ld Rice. Why did you choose the space, and how does it fulfil both the acoustic and performance needs of this show? Can you share more about how you would “transform” the space?

The Opera People: Ours will actually be the first performance ever in the Studio, so we’re really excited to be ‘breaking in the space’. The most important aspect of the venue for us for this series was the intimacy; we performed last year’s programme in a tiny studio in Joo Chiat but then proximity between the audience and the performers really heightened the experience in ways we didn’t expect and we were sure about wanting to keep that spirit. While we’re not doing anything major to transform the space physically, our aim is really to draw to audience in and for them to really be engaged. 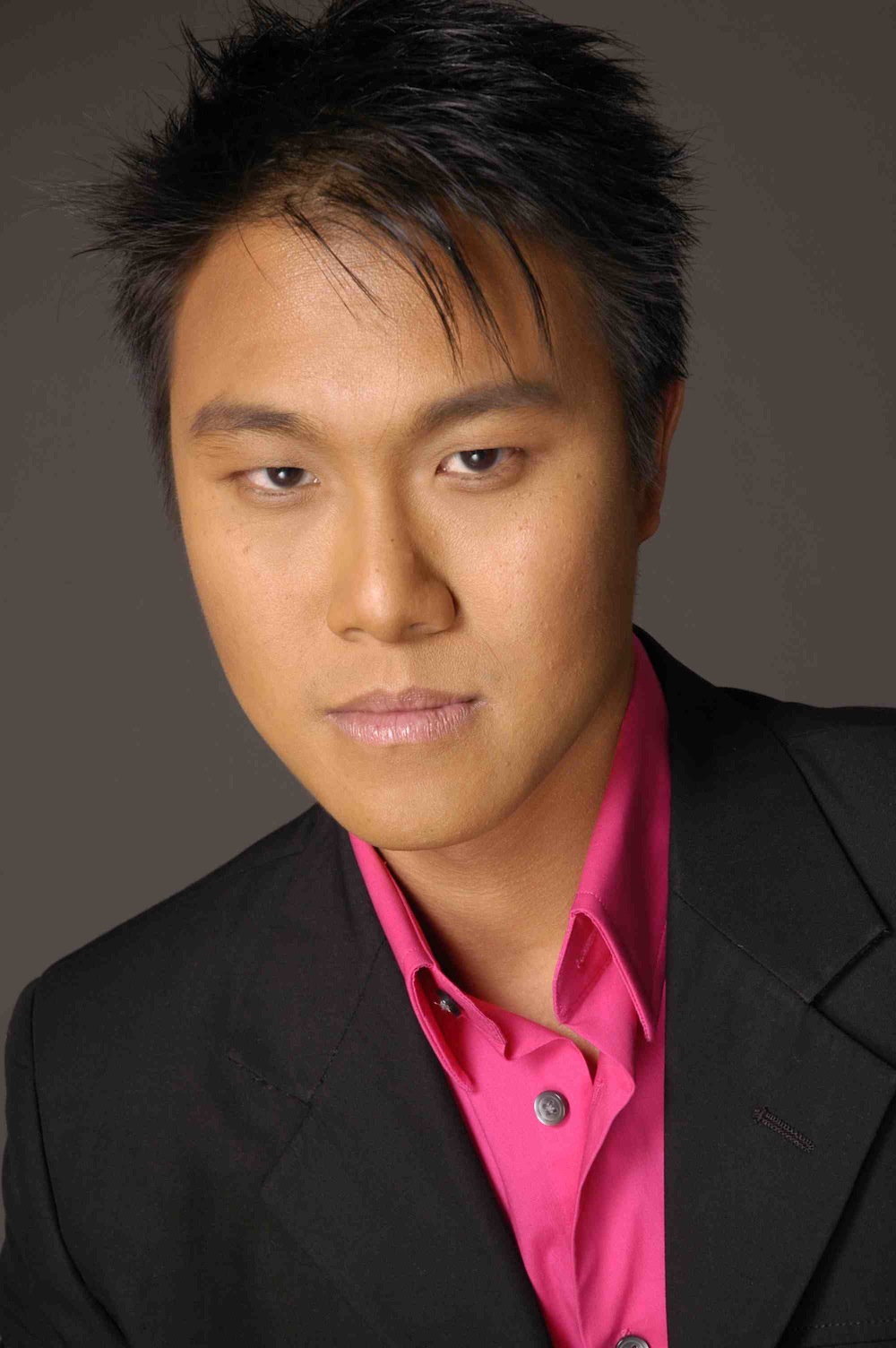 Bakchormeeboy: The Opera People have been growing steadily as a company ever since you first started in 2018. How has that process been, what is the ethos of the company, and what’s in the future for you guys?

The Opera People: Well it’s definitely been an incredible journey the last 2 years and we’ve really grown a lot in that period. With Dwarf last year I think we definitely stepped our game up in a big way and despite all the challenges that putting on a work of that scale presented, it turned out to be a a huge artistic success. Of course running a company is very challenging and having to seek out funding and support is a lot of hard work but we’ve also worked out a lot of our own processes on how we work and make our artistic decisions, so I’m confident things will be even better as we move forward!

For this year we have two productions planned after this one, Mozart’s Idomeneo from 2nd to 5th July at the SOTA Studio Theatre, which will be directed by Stefanos Rassios and conducted by Lien Boon Hua, together with The Musicians’ Initiative. In September, we will also be doing a staged adaptation of Bach’s St John Passion at the W!ld Rice Theatre directed by Edith Podesta, and our first collaboration with Red Dot Baroque.

Ultimately, our ethos is about making work that can engage audiences, getting them to connect deeper with these pieces and to create new experiences for them in opera, and to also extend these experiences to the world we live in and the issues we face so that we aren’t just making work in isolation. 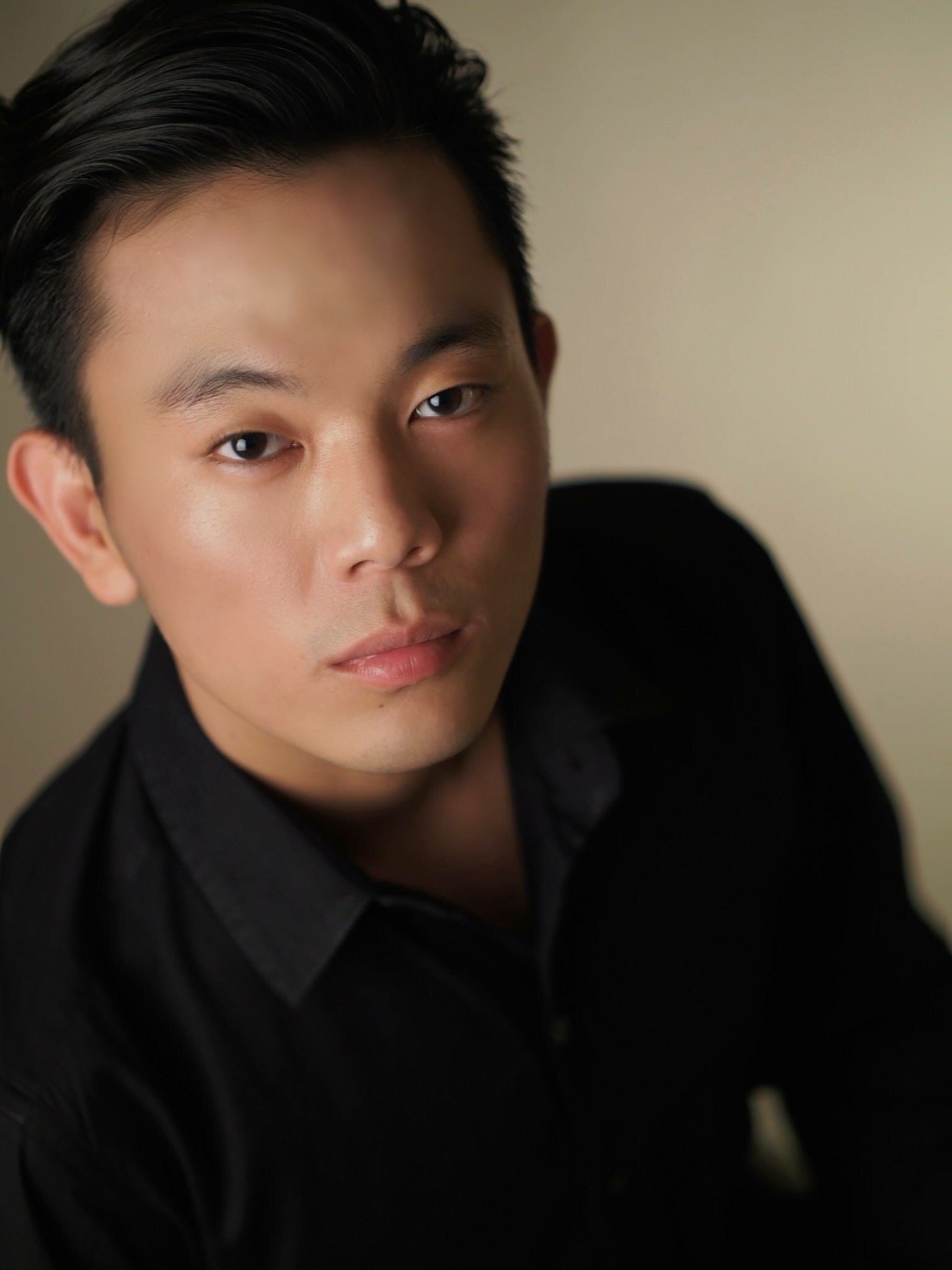 Bakchormeeboy: Is In Our Manner of Speaking set to be an annual series from now on? Any ideas on what themes or composers we can expect to see being featured in future?

The Opera People: I think for the next couple of years at least. We’re always looking out for new ways of presenting song and opera and for now this series is a niche that allows us to explore song recitals with new lenses. As for future themes or composers we don’t have any concrete themes or plans yet but commissioning new music would definitely be a part of future editions as well.

In Our Manner of Speaking – The AIDS Quilt Songbook plays from 21st to 22nd March 2020 at 5pm and 8pm at the Studio @ W!ld Rice. Tickets available from Peatix