★★★★☆ Book Review: This Side of Heaven by Cyril Wong

Form-defying new work encapsulating the fleeting nature of life and the mystery of the afterlife.

Over the course of art and literature, there’ve been countless interpretations of what the afterlife looks like, ranging from picture-perfect versions of heaven, to nightmare-inducing visions of hell. And while there still isn’t a definitive consensus on what it really is, it’s refreshing to know that new writing is still able to find fresh ways of looking at it, such as in Cyril Wong’s This Side of Heaven.

Unlike its title however, the setting of the acclaimed local writer’s newest work isn’t exactly paradise. Rather, it’s a limbo between life and death, taking the form of an Edenic garden, where over 30 souls have gathered. Over the course of each chapter, each of these souls recounts a memory from their life, delving into their past relationships, regrets, and loves.

Adopting his prose-poetry style throughout the novel, This Side of Heaven feels like it defies literary form and genre, with each chapter also taking the form of a dramatic monologue. Characters are never named, referred to only by titles such as ‘The Nun”, “The Hedonist” or “The Politician”, reminiscent of the Major Arcana Tarot cards, and take on almost a mystical significance as we listen to their tales, never revisiting the same character again (although they are mentioned in passing or referred to by the others).

Each account is fleeting, often dealing with the tragic or the taboo, and more often than not, is likely to strike a chord with anyone who has ever found themselves in darker moods or felt the world was pitted against them. There is something deeply apologetic, desperate in these tales as we read about abused poets, mothers who bear the weight of their age, or a man who loves to walk, but is perplexed by his transgender offspring.

Throughout the novel, Cyril doesn’t really differentiate his tone or language, making it difficult to tell the characters apart at times. In a sense, that allows all his characters feel like part of a whole, where every story seems to segue into the next, and form a menagerie of narratives that represent the sheer diversity of Singaporean life and stories that go unrepresented. There is a term known as ‘sonder’, that refers to the profound feeling of realizing that everyone has a life as complex as our own, and This Side of Heaven is the rare novel that dares to try, and does, achieve that. 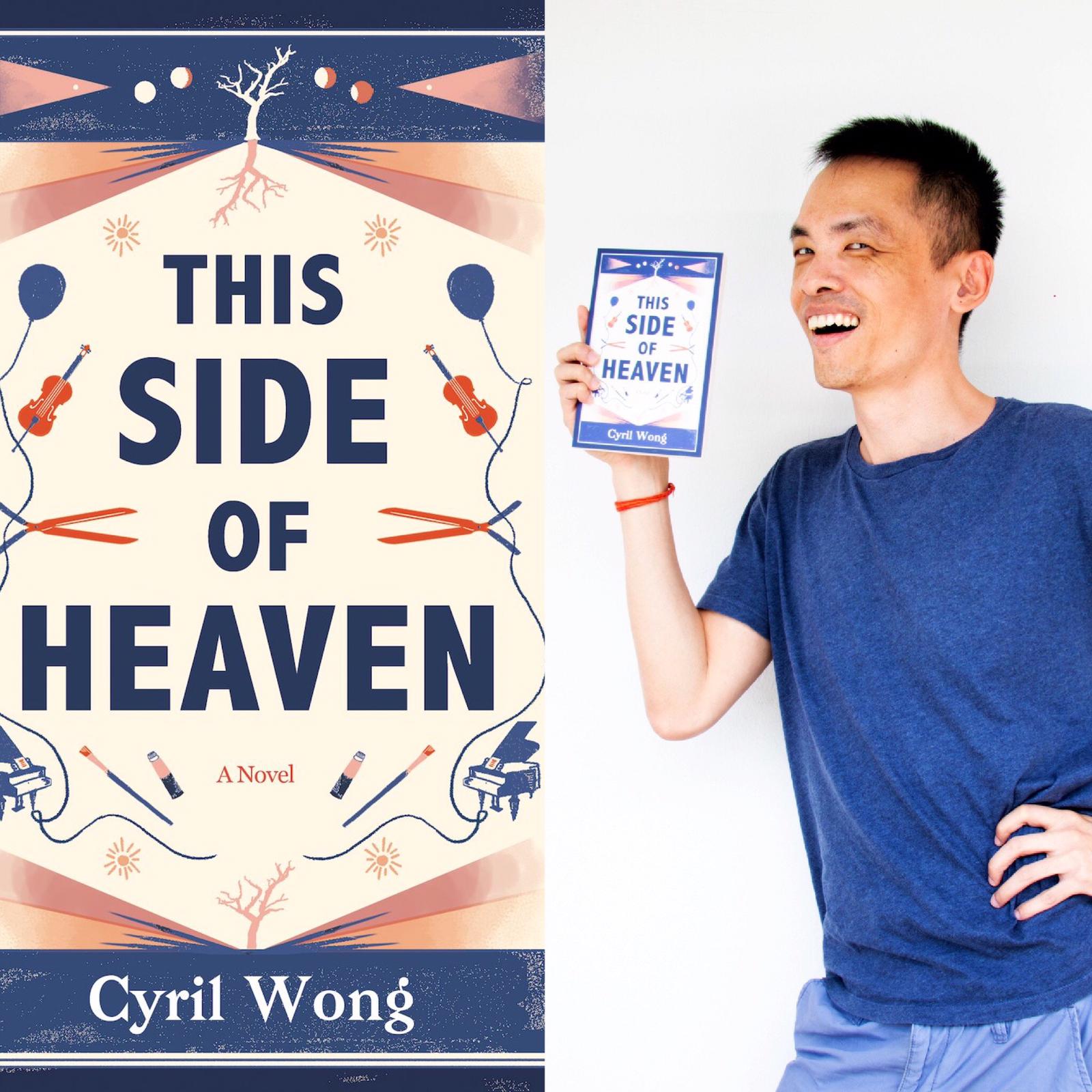 The point then of Cyril’s novel isn’t so much to have a single overarching plot, but rather, takes on a more philosophical intent, reflecting on the trials and tribulations life puts some of us through for seemingly no reason. Often, so many of the characters find themselves questioning their life’s purpose, but eventually, reach inner peace by the end.

There is a distinct re-readability to this book, and a strong potential to be adapted for the stage, given its already dramatic form. Towards the end, the perspective even shifts, and we hear instead from higher beings engaging in a conversation about this motley crew of souls. By the time we meander towards the final pages, enraptured by this surreal world that’s been created, we know that there is no answer that Cyril has for us. Rather, this is a call to reflect and find the place between anger and sorrow, a means to learn to let go of mortal concerns before it’s too late, and for what it’s worth, embrace all the varied experiences that life throws at us.

Recommended for: Readers who want to see how poetry, prose and drama come together, and looking for a fresh new perspective on the meaning of life, and what comes after.

This Side of Heaven is published by Epigram, and available online here.

Bakchormeeboy’s new section By the Book covers all things book and literarily-related. Read the rest of our reviews and interviews by checking out the category here