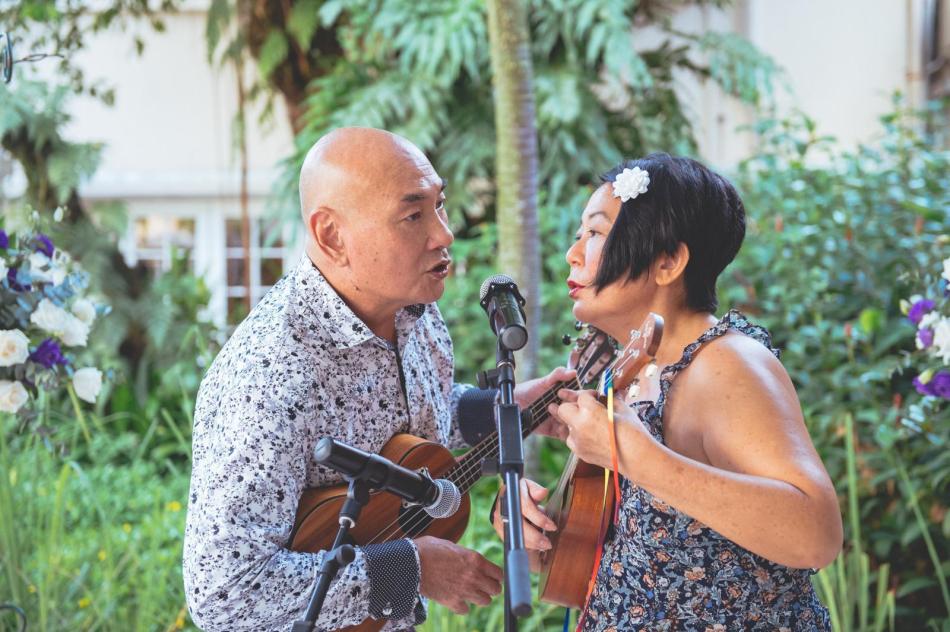 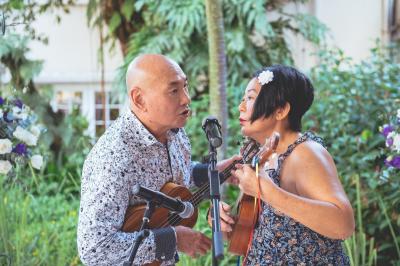 Neo Swee Lin and Lim Kay Siu are probably one of Singapore’s most known theatre couples. Best known for their recurring roles in beloved sitcom Phua Chu Kang Pte Ltd, both Swee Lin and Kay Siu are also respected thespians in their own right, with recent credits including leading roles in Pangdemonium’s The Father (Kay Siu) or Singapore Repertory Theatre’s The Truth (Swee Lin). What some people may not know about them however, is that they’ve also been playing ukulele and singing together for a number of years now, performing at weddings, birthdays and funerals.

But all that changed when Dream Academy’s Selena Tan approached them to be a part of Crazy Christmas 2019. Making their public debut at the Neokelelims, that was the incident that made them think: maybe it’s time to promote this side gig after all. With that, the duo have begun recording themselves more regularly, and uploading videos to both Swee Lin’s Instagram and Youtube channel.

That move has only led to more opportunities for them, having been approached by the Telok Ayer Arts Club to make a video for them, as well as getting involved in playwright Jonathan Lim’s ‘Livin’ Covida Loca’ parody video. With the momentum gained from these projects, Swee Lin and Kay Siu are ready to take on the world, and bring their brand of joyful ukulele music to you via Instagram Live, at 5pm every day for 10 minutes.

Performing songs that’re all about positivity, hope and optimism, the couple have received enthusiastic feedback so far, and that their viewers appreciate the effort, putting a smile on their face without fail every day while spreading love and joy even during these uncertain, unprecedented times.

With Phase 2 coming this week, there’s even more reason to be happy, as they get set to ring in the new normal with songs like ‘It Had To Be You’ and “It’s Been A Long Long Time’, along with comedic numbers such as ‘What’s The Buzz’ and ‘Why You So Like Dat’. If you’re looking for a little light in the dark, and take a break with some good music, then stay tuned and catch the Neokelelims at 5pm every day, as they sing out loud, sing out proud and remind you to keep safe, love life, and love one another.

The Neokelelims are available to watch daily at 5pm on Instagram Live, @neosweelin Check out their other videos on their YouTube channel here