Music Is: An Interview with local band Chasing Daylight on new single ‘You Are The Song’

Formerly working ‘iron rice bowl’ jobs with the government, most people would balk at how Yap Wei Chiang and Hosea Choo left the comfort and security all behind when they decided to pursue music professionally as a band. 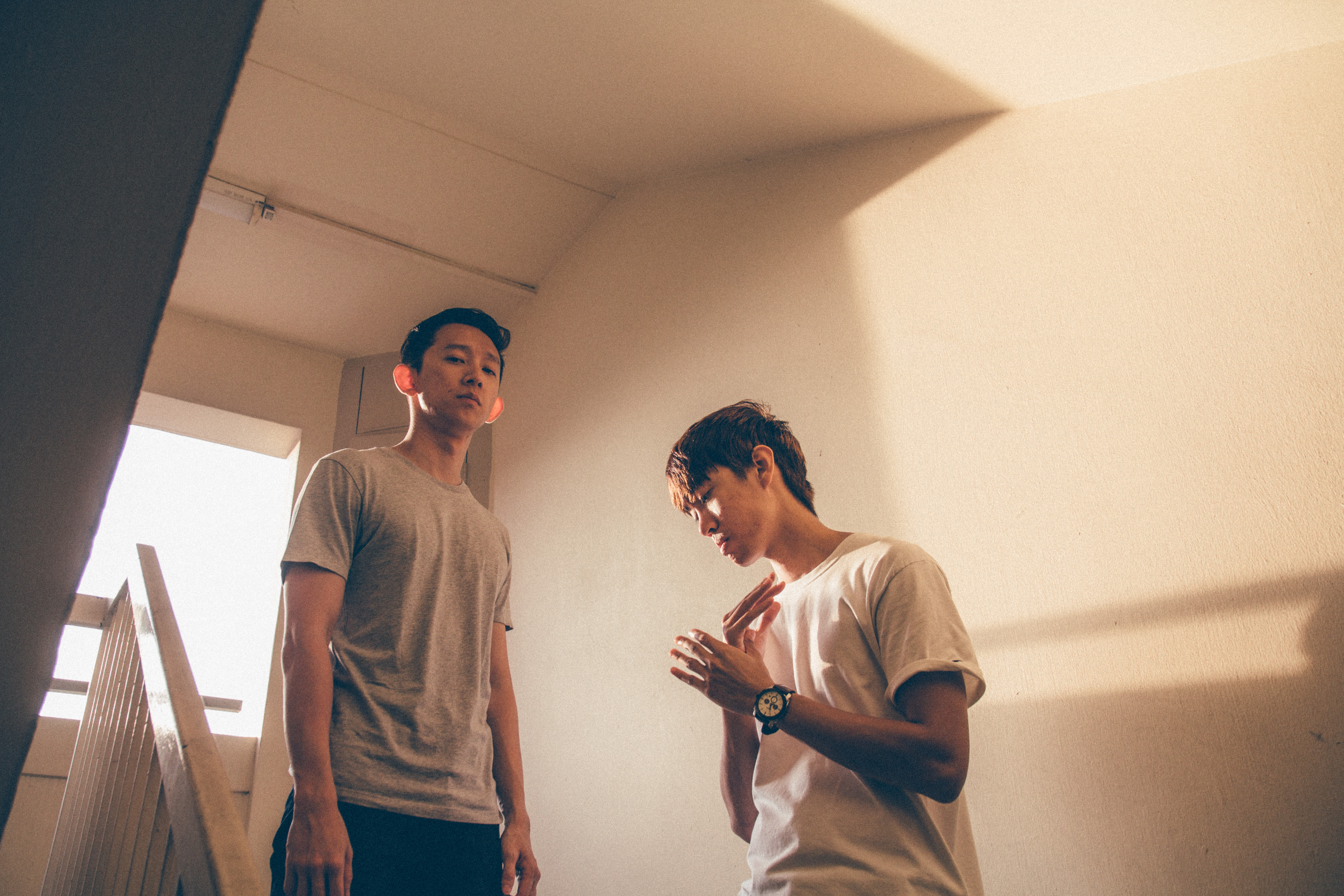 “Most people start out trying to pursue a career in music before going back to more professional careers. But we did quite the opposite, because after we graduated, we went into government jobs, before deciding to come back again to music,” says Wei Chiang. “There’s definitely the fear that you’re going from something stable to something not so stable, and people who will be surprised at your choice, but we went in with a very clear headspace, where we knew we had enough to tide us through these beginning phases and putting our 100% into it.”

“When I was still working at the National Environment Agency (NEA), at the back of my head, I kept wondering what it would be like if we just took it all the way, because I knew we had good original music and a good message,” adds Hosea. “And maybe that’s why we wanna prove that we can make it, to get a sense of recognition and validation, and that we don’t look back with regret.” 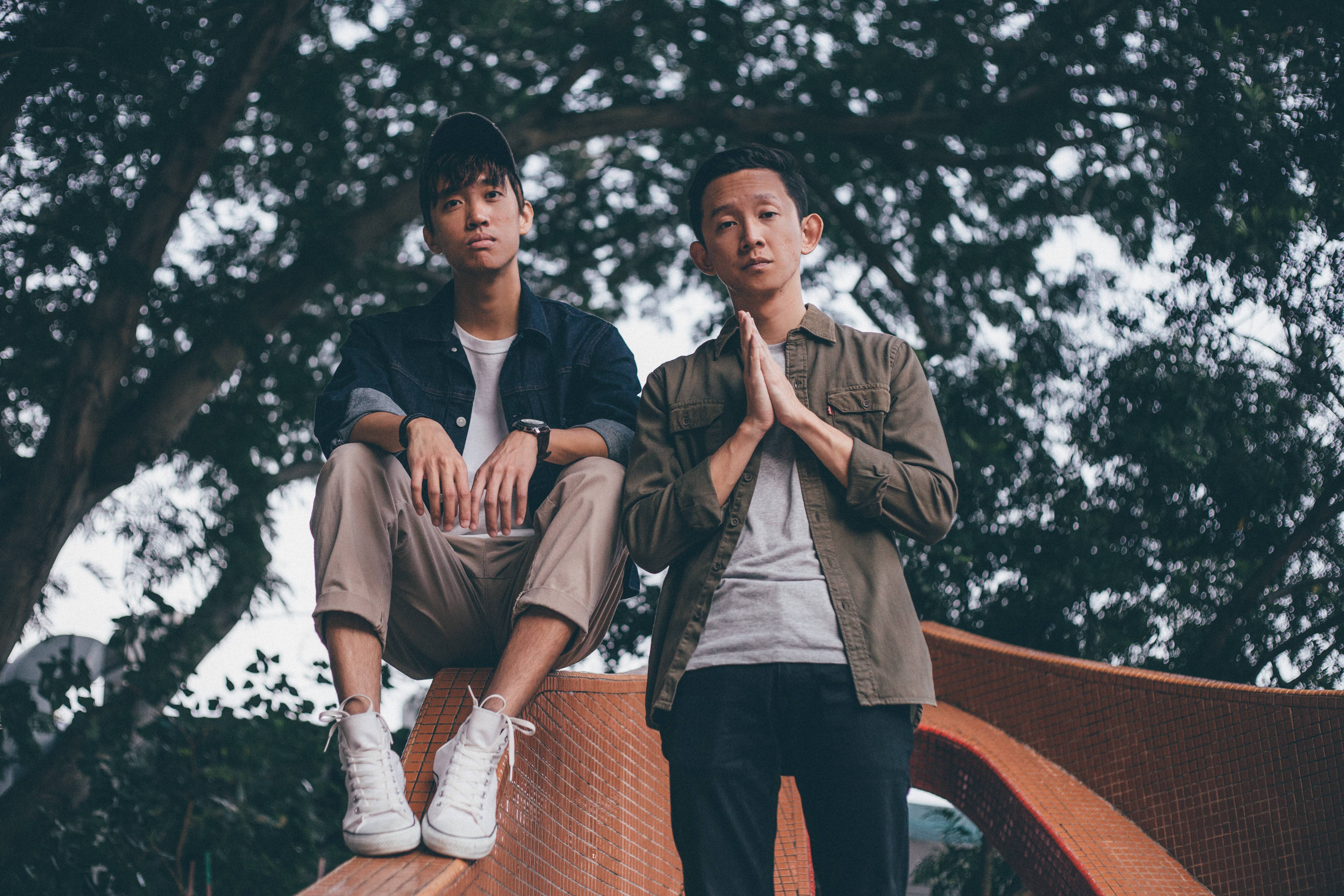 Initially having met at a church programme, the two eventually got together with some other friends, and formed the alt-rock band Chasing Daylight in 2009, with frontman Wei Chiang on vocals and guitar, and Hosea on guitar. With songs that centred on themes of life, love and longing, the boys eventually joined the Noise Music Mentorship Programme in 2016, even releasing an EP before going on hiatus. Now, after a 2 year break, they’re back with a brand new single dropping on 18th September, along with a lyric video, and a livestream launch party on their social media channels on 23rd September 2020 at 8.30PM.

“After we left our jobs, we felt lost for a bit, and we spent those first few weeks sitting around writing, messing around with the software on our computers. And especially with the circuit breaker preventing us from physically meeting, we had to learn how to adapt to that, writing our parts online and working remotely and not let the pandemic bring us down, and figure out what else we could do in the meantime with the delay of our release,” says Wei Chiang. “Regarding the ‘launch party’, having grown up with live music, I guess we wanted to release this single and celebrate with a live performance, which no amount of digital streams can ever replace.” 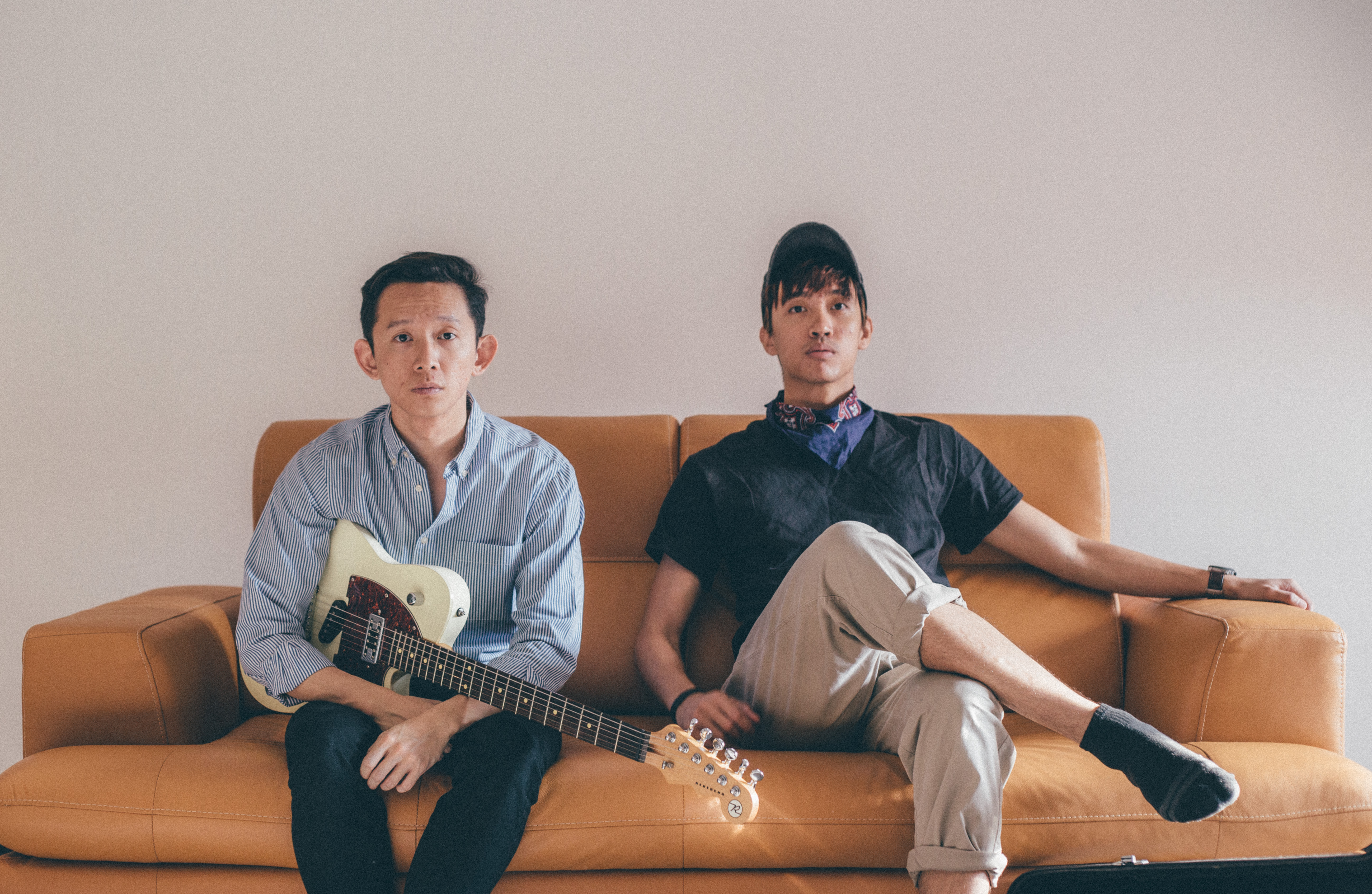 Written by Wei Chiang, during his two-year journey of self-discovery in Japan, “You Are The Song” is an uplifting anthem for all those searching for true freedom from the weight of expectations and performance anxiety. The energetic and catchy track marks the band’s fresh interpretation on the modern rock genre infused with indie and pop sensibilities. Reminiscent of rock bands of the late 90s/early 2000s, there’s a distinct sense of nostalgia associated with the song that’s a refreshing sound in a time where bands are shifting towards the electronic or completely stripped down.

“Having topped my class in college, worked as a diplomat, fulfilled obligations to church, chased my music dreams and released our first EP back-to-back, I was burnt-out from checking off the boxes of my life goals. I saw the ugly truth of myself being an obsessive worker and self-hurting perfectionist. It was exhausting to always need to perform for recognition and to be significant – a somebody, if you will,” Wei Chiang explains. “I was just really tired working 12 hours a day, and that was also the year we were doing Noise. We were constantly multitasking, and at the end of it, after the launch of our first EP in September that year, I flew off to Japan for two years to do my Masters, because I was just so burnt out from doing all this at the same time, and didn’t have the head space to give my 100% to both music and my job.” 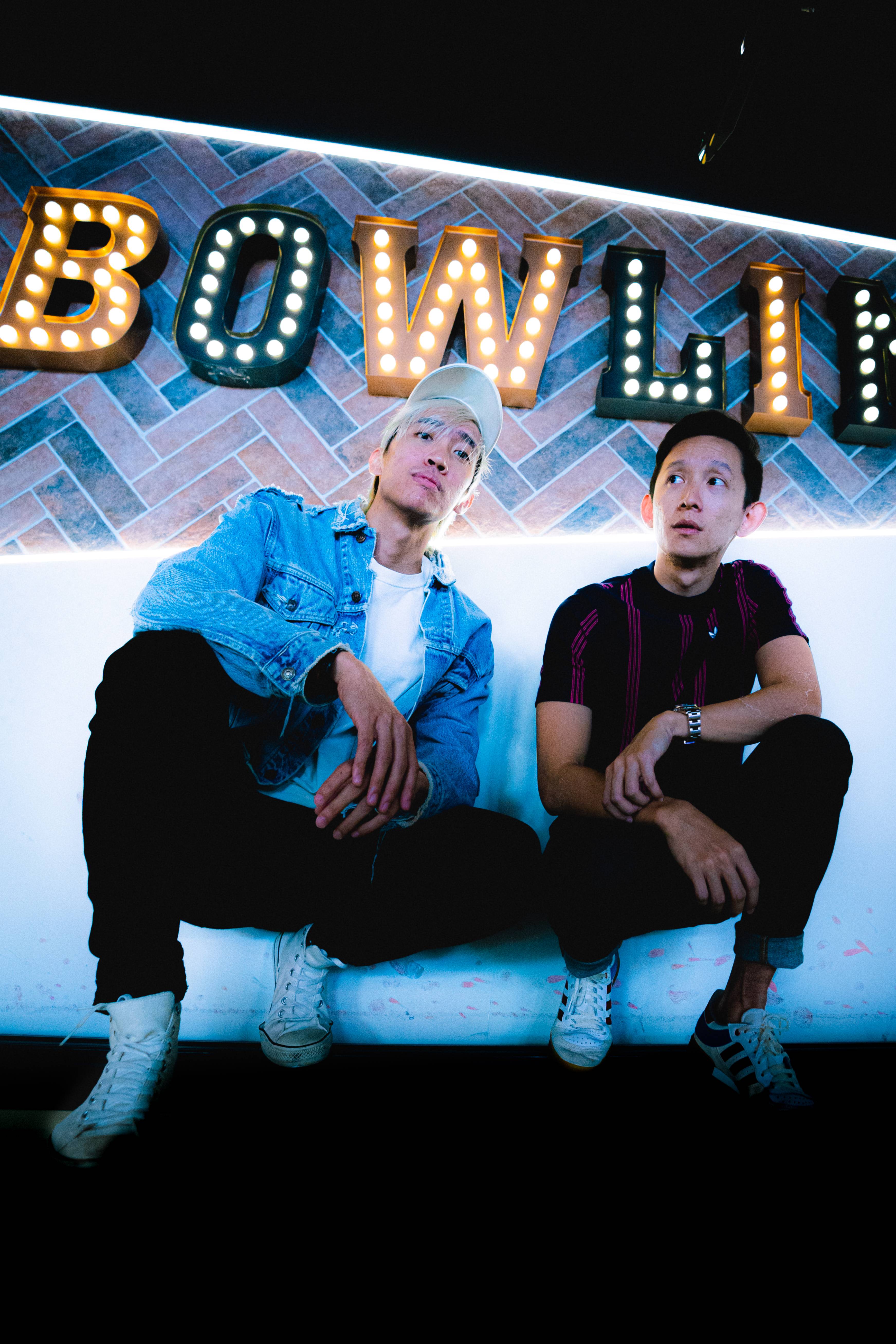 Being strong advocates of humanizing struggles with mental health, Chasing Daylight has previously worked with Samaritans of Singapore (SOS) to start empathetic conversations about suicide and depression in Singapore, believing that music can make a difference in helping individuals who are facing a crisis, thinking about or affected by self-harm. With the release of “You Are The Song”, the band will be partnering more social service organizations and Christian communities to raise awareness on emotional and mental health, especially in youths. Chasing Daylight will also be releasing an intimate interview series, “Stories of Modern Anxiety” with special guests from Samaritans of Singapore, The Tapestry Project, PleaseStay. Movement and local artists on the band’s social media platforms.

“Mental health is important to think about for everyone. You can do something you love and still feel exhausted, and for us at least, part of the push to go into music full time was the pressure of wanting to leave my job at NEA,” says Hosea. “And even today, there’s that struggle where I feel I have to be constantly productive, and I can’t be slacking even when we should be recording.” 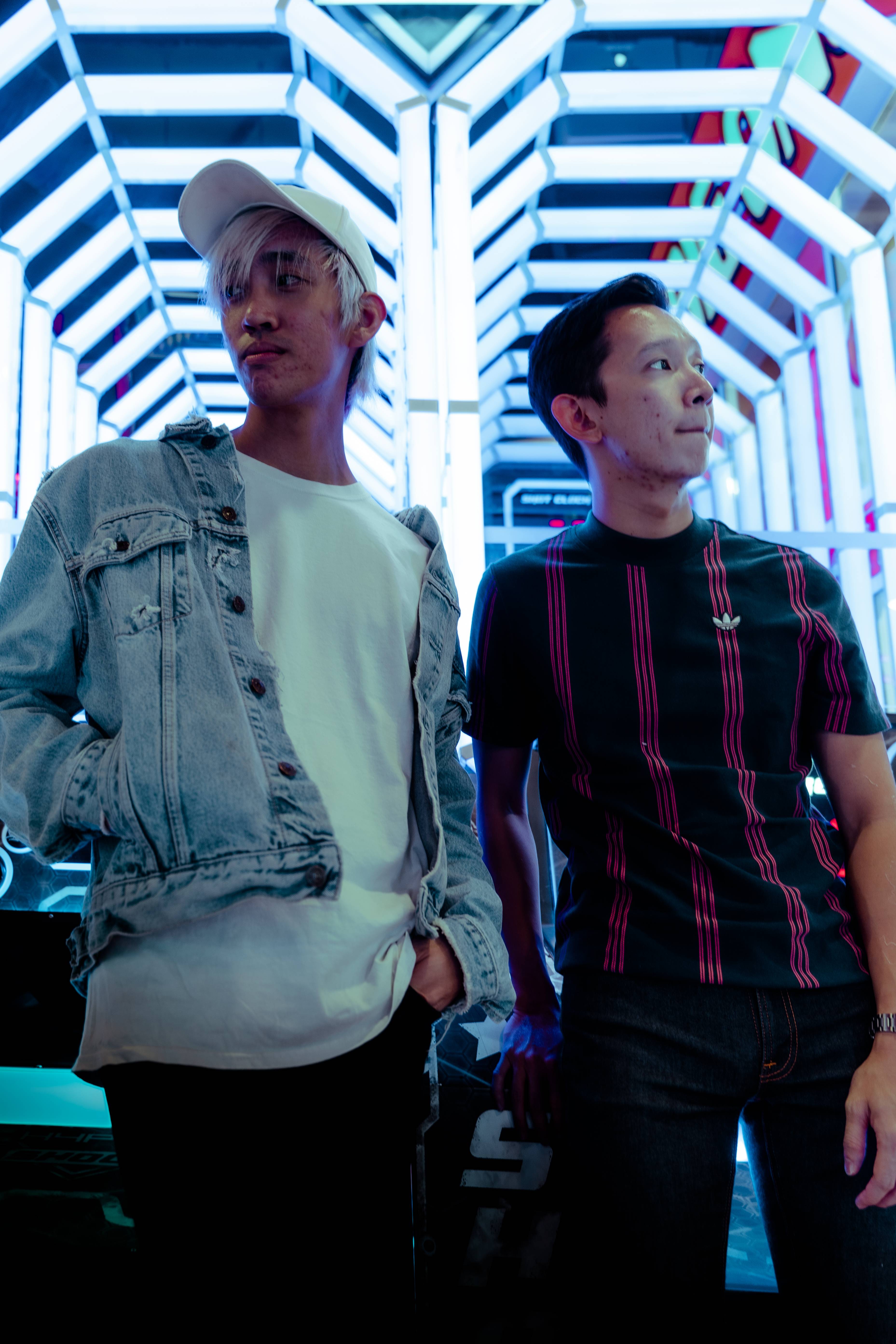 Regarding the song’s lyrics, Wei Chiang comments: “After living in Tokyo for two years as a nobody, I found something inside of me was being emptied out, and that “inner drive” and “endless need to prove” mindset was replaced with life, joy and courage. “You Are The Song” is about the process (still ongoing) of finding that – of not having to prove my worth, and wanting courage to live for something more important than myself. It’s about feeling free from the weight of expectations and anxiety. Having spent so many years struggling with that, and wanting other people’s acceptance. That’s why the chorus goes ‘you are the song inside my heart’, and references how you need to start accept yourself. That I feel is the greatest freedom.”

Inspired by bands such as Switchfoot, Coldplay and The 1975, Chasing Daylight is known for delivering live performances that bring audiences on a journey, packed with energy and emotion. “Some time ago, I lost someone close to me to suicide and that affected me a lot. I think music helps make us happy, and gives us a safe space, something we can empathise and relate with,” says Wei Chiang. “We love playing songs and using music as a means to tell something personal. Our job then is to use our music and lyrics as a way of reaching out and connecting, write a good hook to get people’s attention, and make our message stick.”

As for whether they’re still ‘chasing daylight’, Wei Chiang laughs, and concludes: “I guess no matter what, we’re always chasing daylight, always trying to get to the next point as artists and in our music careers. We’re halfway through recording the next single, and we haven’t finalised a date yet, but honestly, we’re happy with what we’ve achieved, and happy where we’re at right now.”

Listen to You Are The Song when it drops on 18th September 2020. Join Chasing Daylight in their Livestream Launch Party on 23rd September 2020 at 8.30pm, on their social media channels on Facebook and Instagram