Following the successful launch of SIFA v2.020 in June, Singapore’s pinnacle arts festival announces an exciting lineup of programmes to wrap up 2020. Presented by Arts House Limited (AHL), this next wave of shows, workshops, talks and podcasts programmed between October and December showcases the resilience and resourcefulness of artists in the face of once unimaginable challenges wrought by the pandemic. Adapting swiftly to new techniques and mediums of working in a socially distanced world, these artists have created a rich array of content that will excite, engage and inspire audiences, putting Singapore International Festival of Arts (SIFA) at the forefront of the new normal in arts and entertainment.

A Thousand Ways is a new form of theatre which embraces a live, interactive experience through distance and negotiating shared space. Devised by American theatre-makers 600 HIGHWAYMEN, the three-part intricately crafted encounters display how the most intimate assembly can be profoundly radical. The Festival will present Part One in November, which occurs in isolation and in tandem with the current social distancing measures. Part Two, meant for venues that allows small gatherings, will be staged in early 2021, while Part Three will take place in SIFA 2021 or during a time when it is safe for larger groups to assemble. 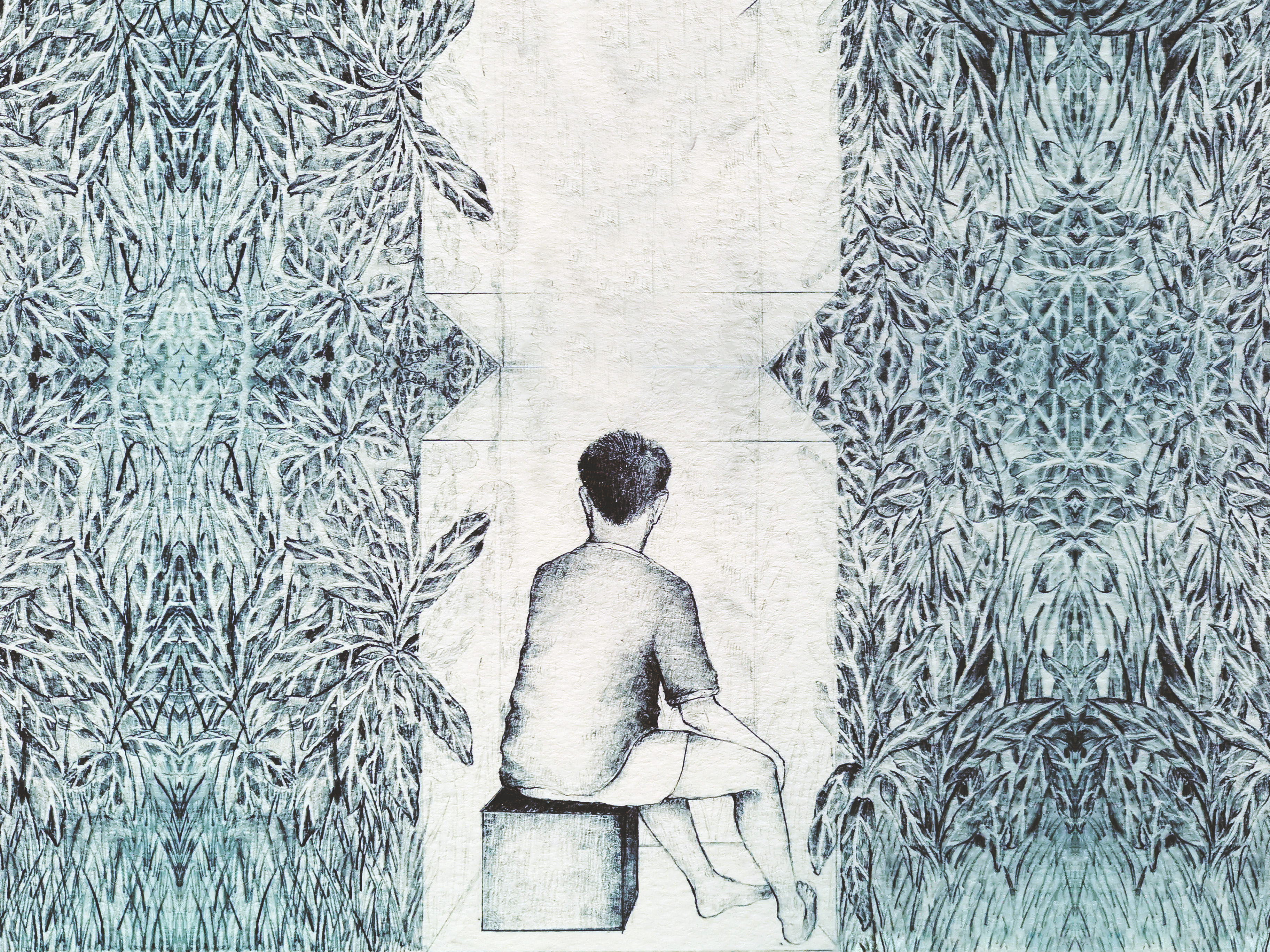 The Silence of a Falling Tree, created by COMPOUND, a new collective led by multi-disciplinary Singaporean artist Irfan Kasban, is an immersive auditory journey that features instructions, dialogue, Foley, field recordings, and original compositions – all while taking advantage of social distancing as a medium of transmission.  Participants listen to 3 audio tracks (similar to a guided meditation) at recommended locations, and complete a set of non-invasive instructions. The effect: a blurring of lines between performance and reality, and a reflection on the importance of being present, here, and now.

Responding to Nine Years Theatre’s adaptation of Three Sisters, A Bird Calls You to Moscow is an audio journey produced by SIFA 2019 artist and director Tan Shou Chen and written by playwright and theatre-maker Joel Tan. Transfiguring the themes of separation and isolation found in Chekov’s original to a new work situated in contemporary Singapore, the piece explores how these themes can be mapped onto us today, interspersed with the music of Tchaikovsky and Rachmaninov played by pianist Albert Tiu.

Join a conversation between Professor Michael Earley of LaSalle College of the Arts and renowned Russian literature scholar Rosamund Bartlett in the talk Chekhov, Isolation and Three Sisters.  They will discuss the zeitgeist of Chekov and the social and cultural environment of the time that gave rise to his unique theatrical language, providing a greater context to the play, Three Sisters, which will be staged by Nine Years Theatre and SITI Co (NYC) as part of SIFA 2021.

SIFA 2018 alum SAtheCollective returns to the festival with a dance film The Wandering in five acts, featuring songs from their new album – Samsara. Narrated through a non-linear yet cyclical structure, the film speaks, not by text but by sound and movement. This collaboration marries the music collective with multi-award-winning film makers Chris Yeo (A Land Imagined, 2018; Incantation, 2019), Jeremy Chua (A Yellow Bird, 2016) and Russell Morton. 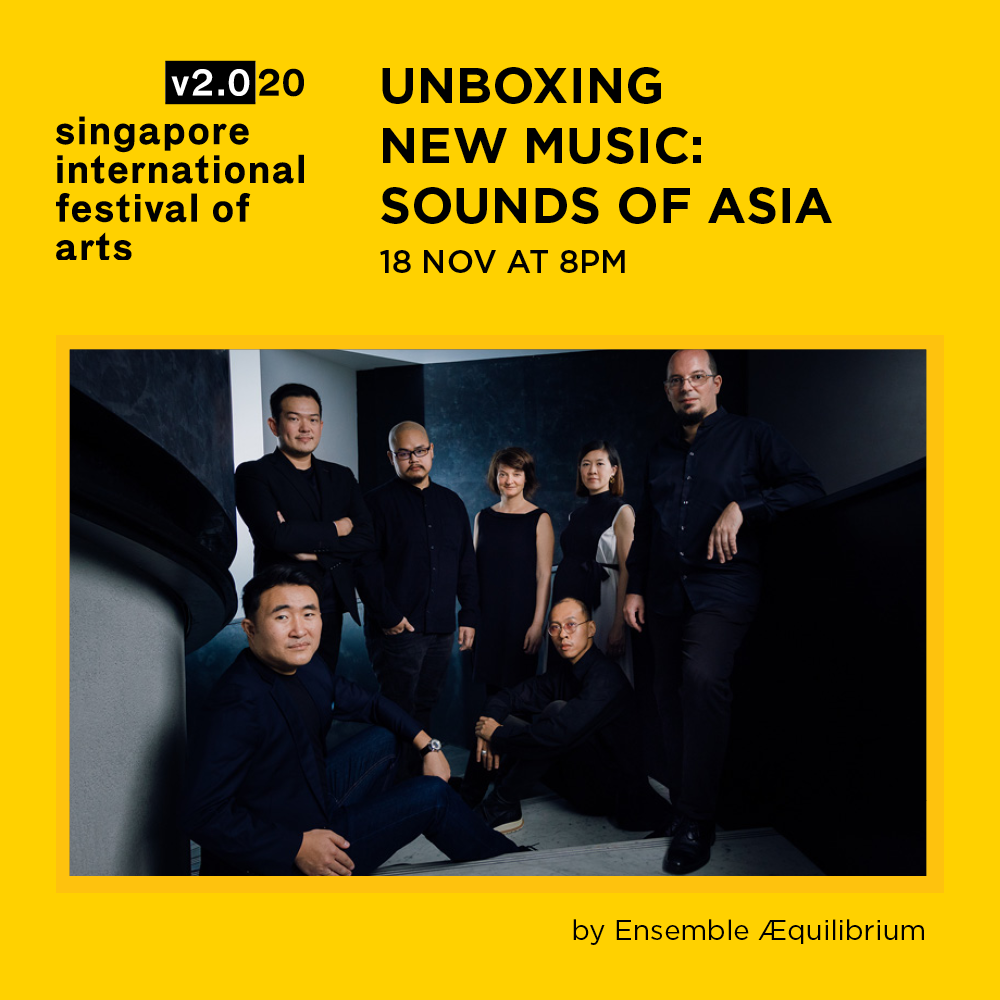 Unboxing New Music is a new in-conversation podcast series created by conductor Lien Boon Hua during the pandemic to discover new composers and their works. For SIFA v2.020, Lien will create two Unboxing special editions; the first a full-length digital concert, Unboxing New Music: Sounds from Asia, showcasing new music from this region, with works from Toru Takemitsu, Isang Yun, and Singapore’s very own Koh Cheng Jin. This ticketed concert will also launch Ensemble Æquilibrium, a newly minted Singaporean contemporary music group. The second edition features bite-size videos of new music pieces based on the theme of momentum and action, to create interest and understanding for this form, scheduled to be released in December on SIFA All-Access.

Slated originally to perform in May as part of SIFA 2020, the Ensemble Intercontemporain – The Wind Quintet will be streaming their concert Contemporary Winds: Ensemble Intercontemporain Live in Paris! on 10 November 2020 at 8pm. For their Singapore debut (albeit from further afield!), the group’s wind quintet presents a passionate overview of 20th century music. Inspired by nature and her sounds, and reflecting her imagined spaces and peculiar discoveries, the wind quintet features music from decorated composers including Claude Debussy, Pierre Boulez, John Cage, Luciano Berio and more. Besides performing the works, the ensemble will also share insights into the pieces, as well as participate in a short Q&A section with audiences.

Get to know local band Varsha’s musical influences with their SIFA Playlist. With a wide spectrum of genres that includes progressive metal, carnatic music, funk and jazz, these songs have impacted the band both as a group or individuals and gives listeners an insight into the minds and madness that is Varsha. Then, journey with the band as they experiment with new arrangements to their originals to create a fresh and different sonic experience in a stripped-down acoustic session. During their performance, the band will also share their musical identity, song writing process, what makes the band tick and why they love masala tea and sambar. #ICYMT, audiences can also witness the virtuosity and joyful music-making with an exclusive screening of their SIFA 2019 performance, Impulse. 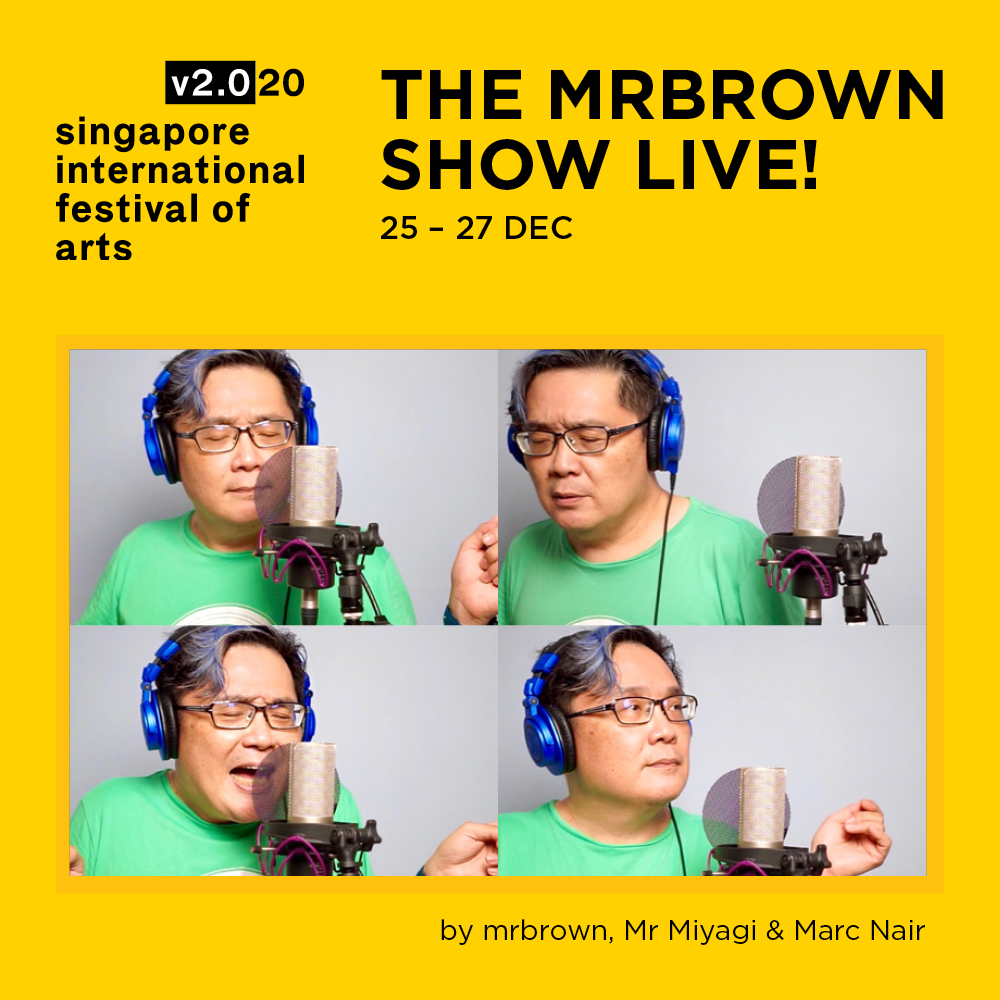 To cap off SIFA v2.020 this December, mrbrown takes his popular internet show onto a theatre stage, with a live-stream concert The mrbrown Show LIVE! that also coincides with the launch of his debut music album. Together with his long-time collaborators, poet Marc Nair and fellow blogger Mr. Miyagi, mrbrown’s beloved podcasts will be reimagined as skits; fans can also expect a singing and dancing mrbrown, a live band, and a drop of new material from the Blogfather of Singapore.

With bars and live music houses closed for the indefinite future, jazz musicians in Singapore have been hit especially hard. Jazz at Play: 7 Songs at Christmas aims to breathe some life back to the jazz clubs, including Blujaz and Maduro, and to showcase ten Singapore jazz bands in three digital concerts. The musicians are asked to curate a program of 7 songs, which includes a Christmas tune, songs that reflect the year we’ve lived, and wishes for 2021, songs that are original and song dedications sent in by audiences.  These jazz artists include vocalist Rani Singam, drummer Aaron James Lee, percussionist Ramu Thiruyanam, pianist Tan Weixiang, flutist Rit Xu, and their bands. More musicians will be announced later this month.

Since SIFA 2018, the festival has presented different sound and electronic artists including Intriguant, SAtheCollective and ASUNA. For SIFA v.2.020, we continue to explore the ever-mutable soundscapes that these artists can create, through technical wizardry, unconventional performing techniques, or organic instrument building. This series hopes to develop more awareness in sound art, and to foster a community around it. This edition of Sound Social Series lends voice to three artists, Planeswalker, Zul Mahmod and weish of .gif, performing over three Wednesdays in December. 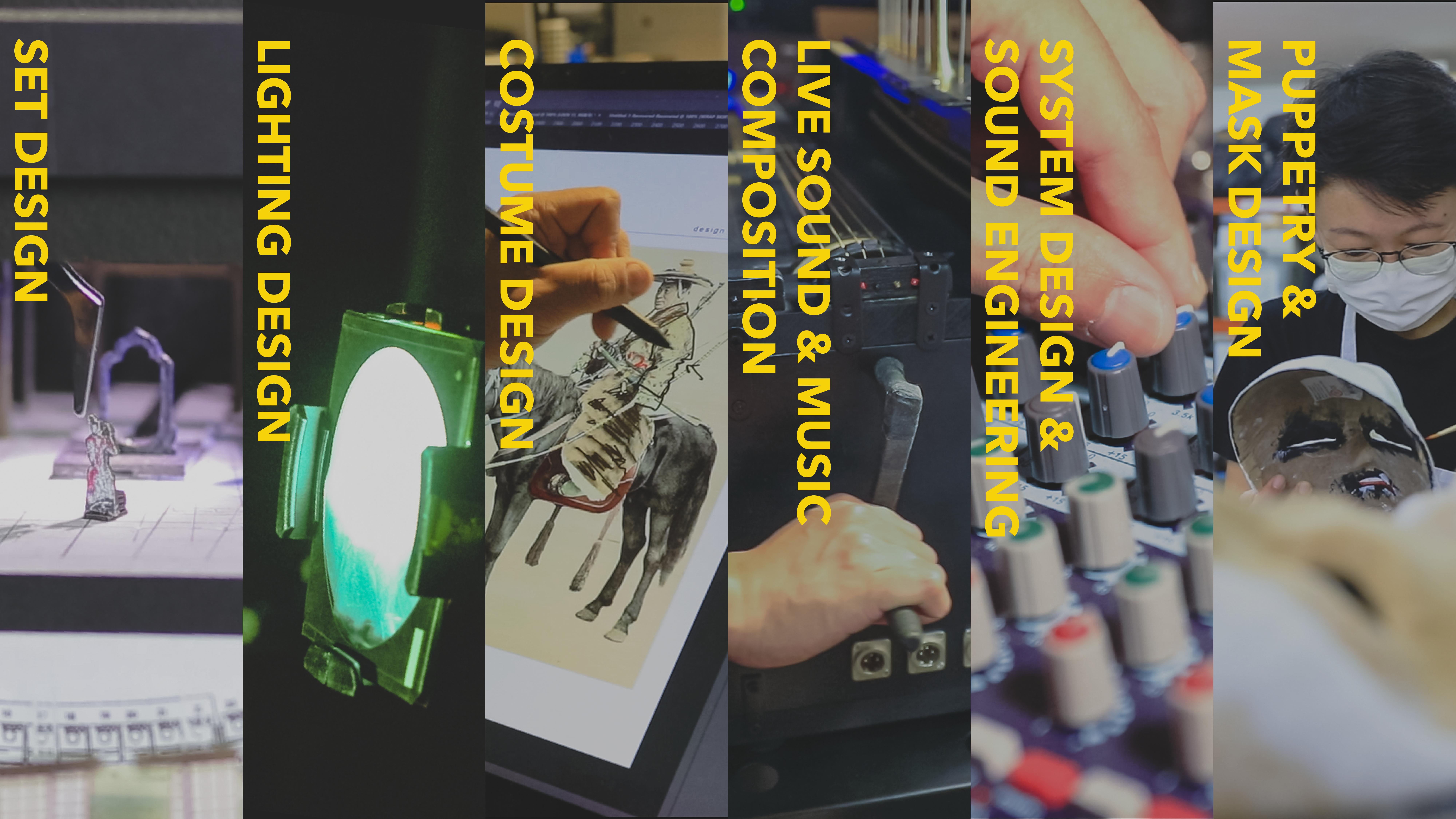 Enter the haunting world of OIWA by The Finger Players with two programmes. Starting with a 45-minute film The Creatives of OIWA. Get insights to the process and conversations behind this epic work as it enters its third year of creation and refinement. Zoom in on details typically missed in the theatre, as each designer shares their philosophy in this creatives-centric documentary. Then join a panel discussion Rituals, Rites and Rumours of OIWA, which touches on the spiritual aspects of OIWA and ceremonies that are performed in the shrine dedicated to Lady Oiwa.

Through film, sound, movement and text, Digital Traces invites audiences to experience various facets of the play, The Year of No Return, and poses the question: How far are you willing to go to save the planet? The Necessary Stage will present two more webisodes as part of this series, Maya’s Dream, on 15th October and A Choice Over 12 Years a month later on 15th November.

Festival Director Gaurav Kripalani shares, “I’m delighted by the wonderful reception the first wave of SIFA v2.020 had – one thing it clearly demonstrated was how much audiences are looking forward to being back in a theatre. Despite the countless challenges we are facing, artists have shown tenacity and grit. Over the next three months, SIFA will create a space for them to explore, reflect and share different ways of making art in this new environment. We cannot wait to share this with audiences.”

Accessible through the SIFA All-Access online platform, SIFA v2.020 is presented by AHL as part of the #SGCultureAnywhere campaign. Subscribe to the SIFA newsletter and visit sifa.sg for the latest updates on SIFA v2.020.