In commemoration of 100 years since Georges Clemenceau first stepped foot into Singapore, this year’s vOilah! France Singapore Festival opens with a dramatised reading of a play written by the former French Prime Minister, complete with an oriental-inspired score by renowned French composer Gabriel Fauré.

Known for his anti-colonialist stance and deep love for the Far East, Clemenceau wrote The Veil of Happiness in 1901, and sets it in a fantasised version of China (a place he’d never been). Our story follows a blind Chinese mandarin, who finds simple joys in his loving wife and adoration of his son. But when he encounters a chance to be given the gift of sight, it’s not long before he realises that not entirely as it seems, and ignorance truly might be more blissful than knowing the hard truth. Considered a forgotten gem of the Belle Époque, the play has also also been performed in Paris, the United States and China and adapted into a musical and two silent movies. 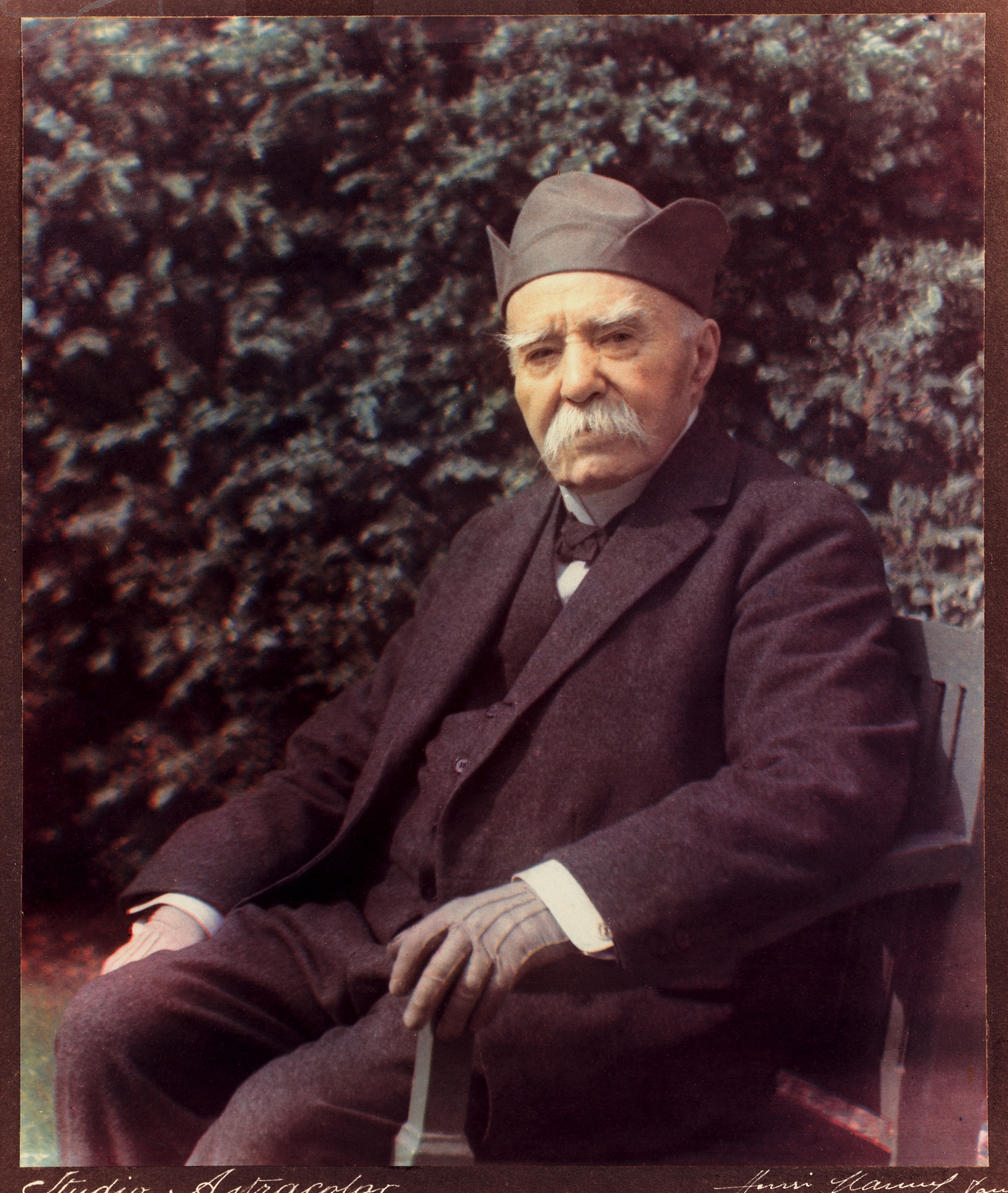 Directed by French theatremaker Marc Goldberg (best known for French adaptations of Singaporean works such as Stella Kon’s Emily of Emerald Hill and Kuo Pao Kun’s The Coffin Is Too Big For The Hole), this reading uses an English translation from over a century ago, and Marc even continued to translate some missing sections, and adapted certain segments to give it a stronger local flavour. On what drew him to the play, Marc comments: “It was so surprising to learn that a prime minister actually wrote a play, and I was quite concerned about how to make it interesting because it was so wordy. But I quickly realised there were so many ways to bring it to life, and thought about how relevant it is today, with its conundrum on deciding whether blissful ignorance or hard truths should be our priority.”

“I do think that it’s very philosophical, and how the human condition makes us want to actively avoid the misery of the world around us, and consciously or subconsciously choose lies over truth to be happy. That’s where the theatricality comes in, as we follow our protagonist, and wonder to ourselves what degree of truth we can handle, and what would we acceptably forget just to achieve happiness.” 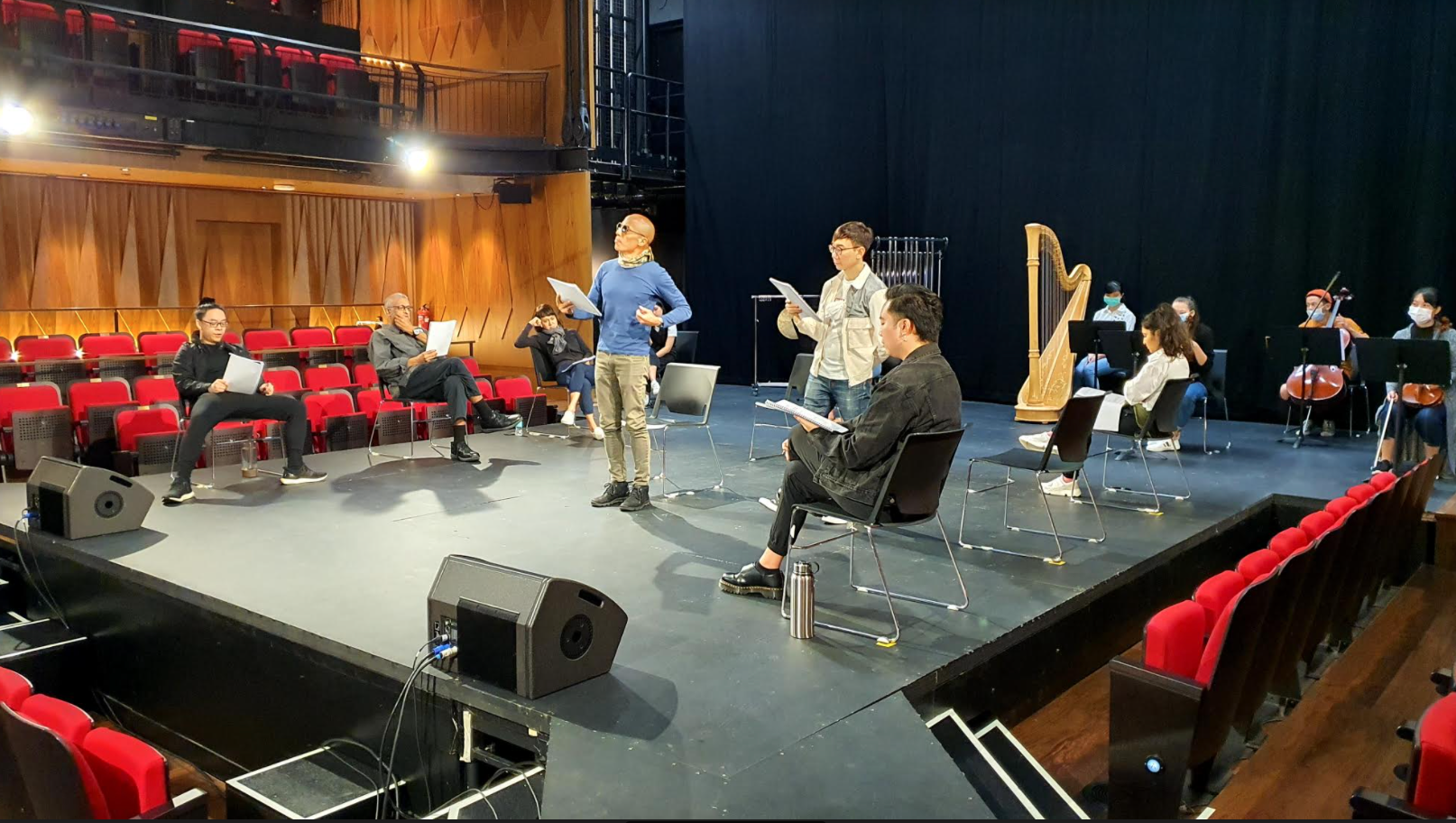 With the COVID-19 restrictions, Marc has faced his share of challenges during the creation process. For one thing, Marc has been directing the cast via Zoom from his room in Switzerland, decidedly different from any other play he’s done before. “Theatre really is about the experience of seeing bodies onstage, and because of that limitation, it was definitely a learning experience for me” comments Marc. “Because of the limited view, there have been times where I really wanted to see the actors’ facial expressions more clearly, but couldn’t. I’m also the kind of director who usually goes onstage to show my actors what I want them to do, but this time, I had to really spend time trying to explain it verbally. I’m very thankful though that I have such a great cast to work with.”

That cast comprises of a combination of veteran local actors and new, up-and-coming performers, namely Lim Yu-Beng, Janice Koh, Remesh Panicker, Hossan Leong, Matt Grey, Gauraangi Chopra, Aaron Ee, and Wang Shao Kai, with most of them giving suggestions on performance and staging during the rehearsal process to aid Marc’s direction. “When I was younger, I treated actors like puppets, and it ended up becoming not as pleasant an experience for both the cast and myself,” says Marc. “These days, I come into a production with blank page, reading the script and coming up with ideas, but not setting anything in stone. I always expect my actors to give as much input as possible, and over the course of rehearsals, we develop it along the way. As much as this is a dramatised reading, I still wanted it to feel fresh, and for audiences to see it like a work-in-progress, and be able to imagine the final product if it had received a full staging.” 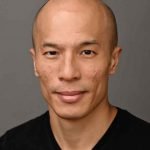 The cast has been given approximately three days to rehearse in the performance space (The Ngee Ann Kongsi Theatre at Wild Rice’s home in Funan), and as professionals, they’ve been working remarkably fast, getting the blocking and characterisation down in a little over 24 hours. On what they thought when they first read the script, most of the cast agreed that it was wordy, and at times even a little dated, but still has its relevance today. “I think it’s particularly relevant for Singapore and what is our ‘veil of happiness’,” comments Lim Yu-Beng, who plays blind protagonist Chang. “You know, it’s a period piece, and it’s about the beauty of the lines and the music, and a tapestry of all that. I do respect that, and I think you can appreciate it for that, while also seeing how its message can be made relevant to our contemporary times.”

“I’m honestly not surprised by how Chang eventually chooses to put the veil back on, especially when he sees all the hypocrisy that he’s surrounded by,” says Janice Koh, who plays Chang’s wife. “When you see your children acting like they’re really smart but actually being tutored to death; you’re stuck in a marriage where you think you have a faithful spouse but they’re only conforming to the rituals of a marriage, then you start to wonder – is this reality worth it? And I think many people will be able to see and understand that beyond it being a period piece, there’s a lot that’s surprisingly familiar about this piece, and it becomes increasingly difficult to judge Chang for his choice.” 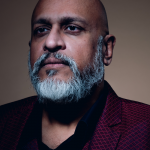 The other cast members have somewhat different takes on it, showcasing how The Veil of Happiness is bound to provoke a range of diverse views upon viewing. “I’m all for letting go of the veil actually, because as painful as it might be, it at least represents some kind of forward motion, instead of staying on the treadmill and wilfully choosing not to learn or evolve,” says Remesh Panicker. “If you think about the pandemic, as much as it’s shown us how compassionate some people can be, it’s proven much more how selfish they can be. I think a lot about the hodgepodge the USA has become, and how this year has revealed the ugly side of it that’s always existed, from its foreign policy to the ignorance of certain people. So I feel that making the choice to put the veil back on is often a selfish one to preserve yourself, a damaging and cowardly move, as much as it is an understandably human one.” 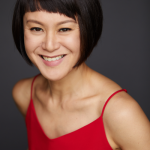 Beyond the fact that it’s a livestreamed dramatised reading, The Veil of Happiness represents many firsts, particularly for the younger performers. “Being onstage with them is one thing, but to see them actively offering their opinions of blocking, staging and perceptions of their characters, that’s a whole other aspect to take away as emerging actors. And literally being right in front of them, watching them do that and bringing their characters to life with such rawness and sincerity, it’s a beautiful experience,” elaborates Wang Shao Kai.

Not to mention, all the actors will be joined onstage by eight musicians from the Yong Siew Toh Conservatory, led by conductor Kong Xiang Lester, as they perform Gabriel Fauré’s incidental music during the show, and even get involved with the acting. “Fauré’s music is very intimate and timeless, and feels like he’s trying to tell stories that were very different from his counterparts, able to evoke images of ponds and pavilions in our mind,” says Lester. “Even though we’ve only had about two sessions before rehearsals in the theatre, the musicians are very well-prepared. I think we’re all very excited, as we haven’t performed for anyone for over half a year now, and it’s very different playing with actors and actresses onstage as well.” 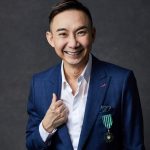 And as the opening event for this year’s vOilah! Festival, the two former patrons of the festival among the cast reflect on how this year’s festivities have changed, and how much the festival has grown since its inception.”Driving here today, I saw a vOilah! ad on a bus, and I thought about how much effort the French Embassy was putting in all this effort to still go forward with the festival this year,” comments Janice Koh, who was a patron for the 2019 edition. “Culture has not been cancelled, and this attempt to find different ways and means to still connect with audiences is so admirable. COVID-19 has sort of compelled us to become more open-minded and more empathetic, and that ultimately is what we try and do as members of the arts scene. Instead of always wishing and hoping for what could have been, it’s time to start the conversation afresh with our audiences with these new means of communication.”

“vOilah! started as a very arts and culture-based festival, but since then, the French Embassy has expanded the scope to include cuisine, sports, and technology as well,” says Hossan Leong, who was a patron for the 2018 edition, and a recipient of the prestigious Chevalier de l’Ordres des Arts et des Lettres. “Ultimately, a country’s culture boils down to so much more than just a play, and it’s great to be involved in the festival once again.”

The dramatised reading of The Veil of Happiness will be livestreamed on 22nd October 2020, 8pm on vOilah!’s Facebook page

1 comment on “vOilah! 2020: Georges Clemenceau’s The Veil of Happiness (Preview)”