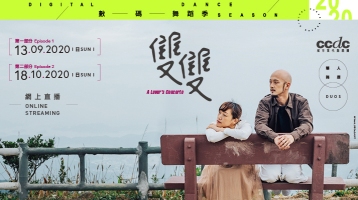 HONG KONG – Following Episode 1 of A Lover’s Concerto in September, Hong Kong’s City Contemporary Dance Company (CCDC) returned this week with their second episode showcasing the sheer number of couples who had met through the company. This time around, Goh Boon Ann and Wu Yi-San, and Chang Lan-Yun and Luo Fan each presented dance films each couple starred in, once again displaying strong onscreen chemistry, alongside a playful sense of joy from watching the interview segment that preceded each film. 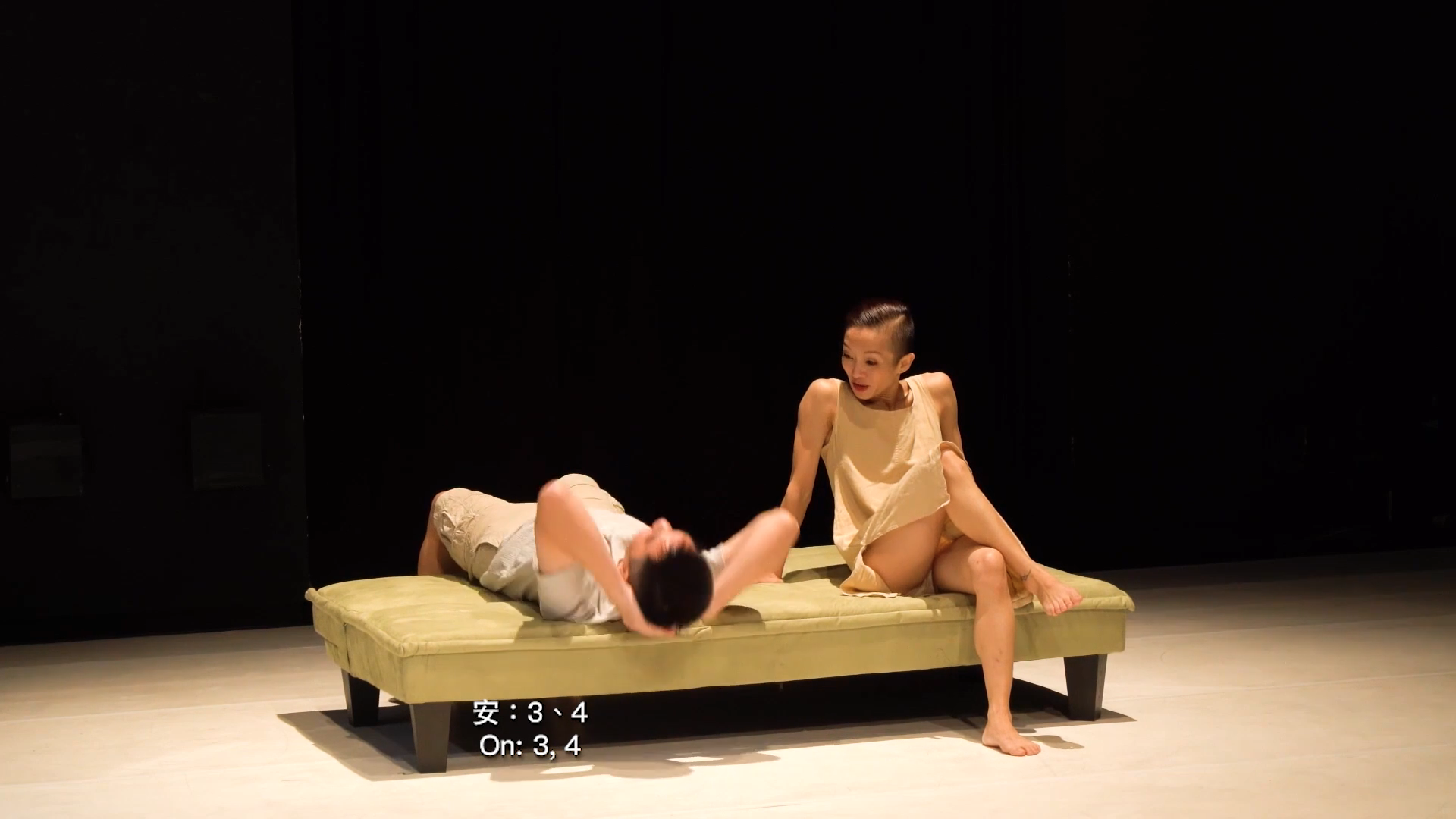 Couple Goh Boon Ann and Wu Yi-San opened the episode with an excerpt from their 2017 piece Deviate. Having been together since 1996, both dancers have had plenty of years to understand the ups and downs of couple life, moving past the initial honeymoon phase and no longer focusing on the physical attributes. As two artistic individuals in a relationship, they have become comfortable enough with each other to offer constructive criticism even onstage, and that there is both happiness and hardship in dancing together, but always able to find the humour in a situation and make up at the end of the day. 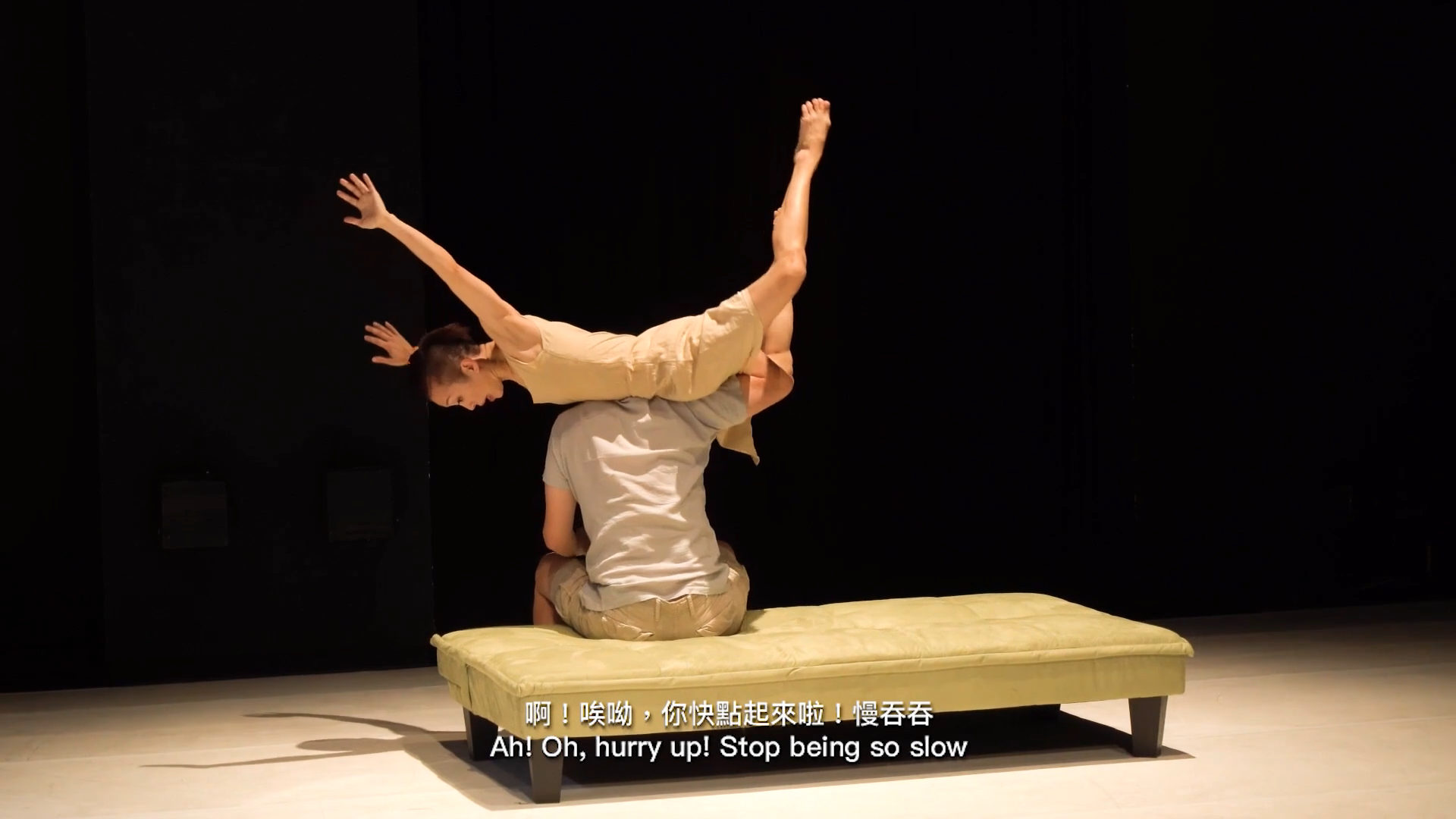 In the performance itself, we watch as they begin by moving a fold out couch onto the stage, the space bare save for a fan in the background. Dressed in casual, comfortable home clothes, the two converse as they figure out where to put the furniture, sometimes flirty, sometimes annoyed with each other, always expressing their emotions through their movements. However, despite the rise and fall of the mood, beyond the arguments and the “insults”, it always comes back to a place of love as Boon Ann lifts and supports Yi-San, and the two find themselves seated together on the sofa, still smiling at each other. “We have to be flexible,” they say at one point, and we understand that every relationship is built on a foundation of compromise and understanding. 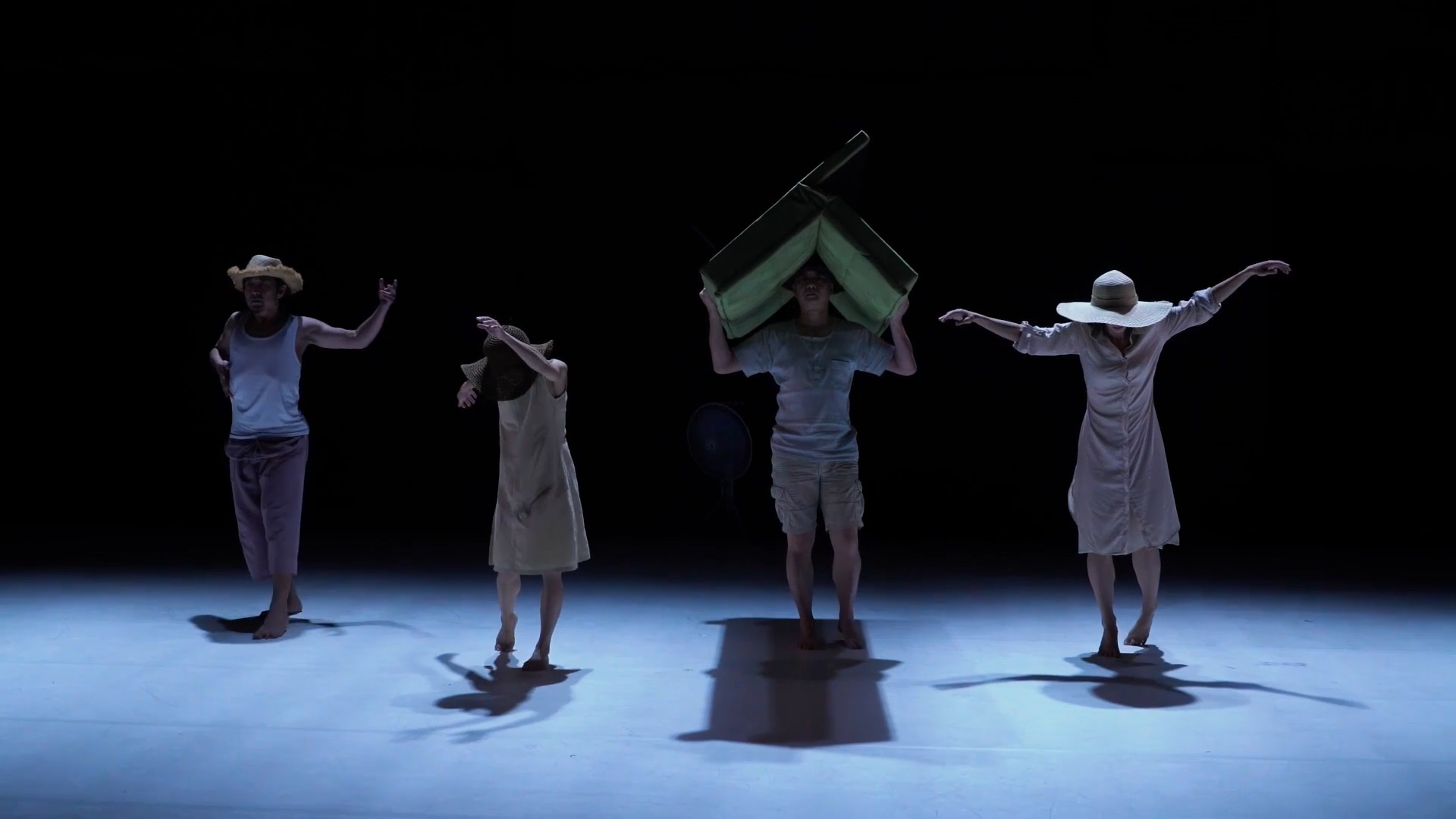 The mood shifts considerably when a second couple joins them onstage (guest dancers Kuik Swee Boon and Kuo Nai-Yu), both of them observing Boon Ann and Yi-San, as if comparing their own relationship with theirs. While abstract, one gets the feeling that they seem to be looking back on their younger days, appreciative of how they’ve managed to stay together all this time. Time itself seems to collapse as the four dancers begin to interact with each other, sliding off the couch, walking around the stage and wearing whimsical hats while ‘indoors’. We are left to wonder about the uncertainty of the future, not just in terms of relationships, but how much things will change or stay the same as time goes by. The four of them end by standing in a row, walking slowly but surely towards the camera, ready to face their fate to come, whatever that may be. 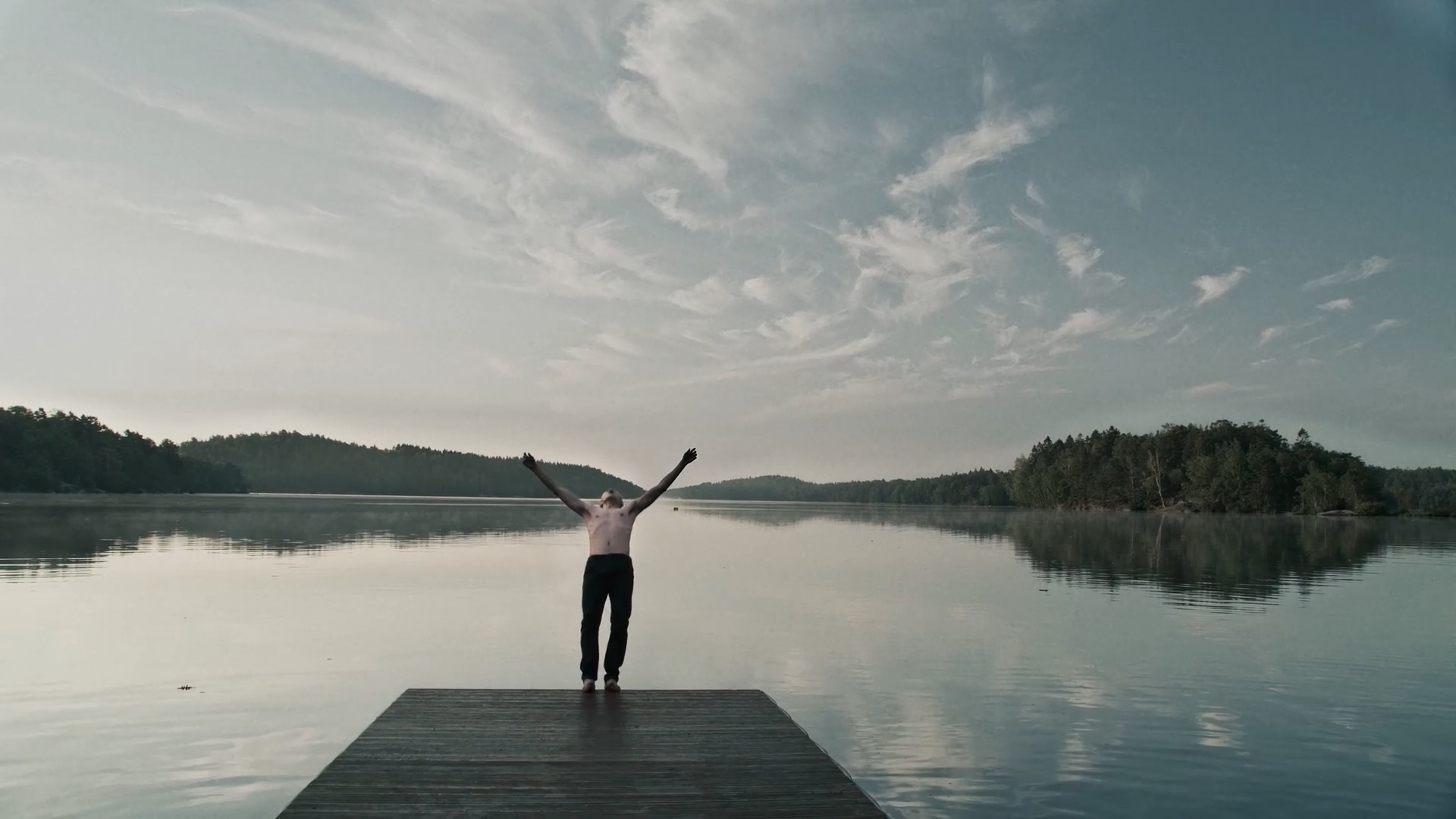 In the second piece of the evening, Chang Lan-Yun and Luo Fan presented their film titled Breathing. Both now based in Sweden (with Luo Fan a permanent artist at GöteborgsOperans Danskompani), in their interview, the couple of ten years discuss the importance of having space within a relationship. In recalling their time at CCDC, they speak fondly of the communal aspects of the company when they danced together, a space where they could develop strong synergy and be connected in mind and spirit. 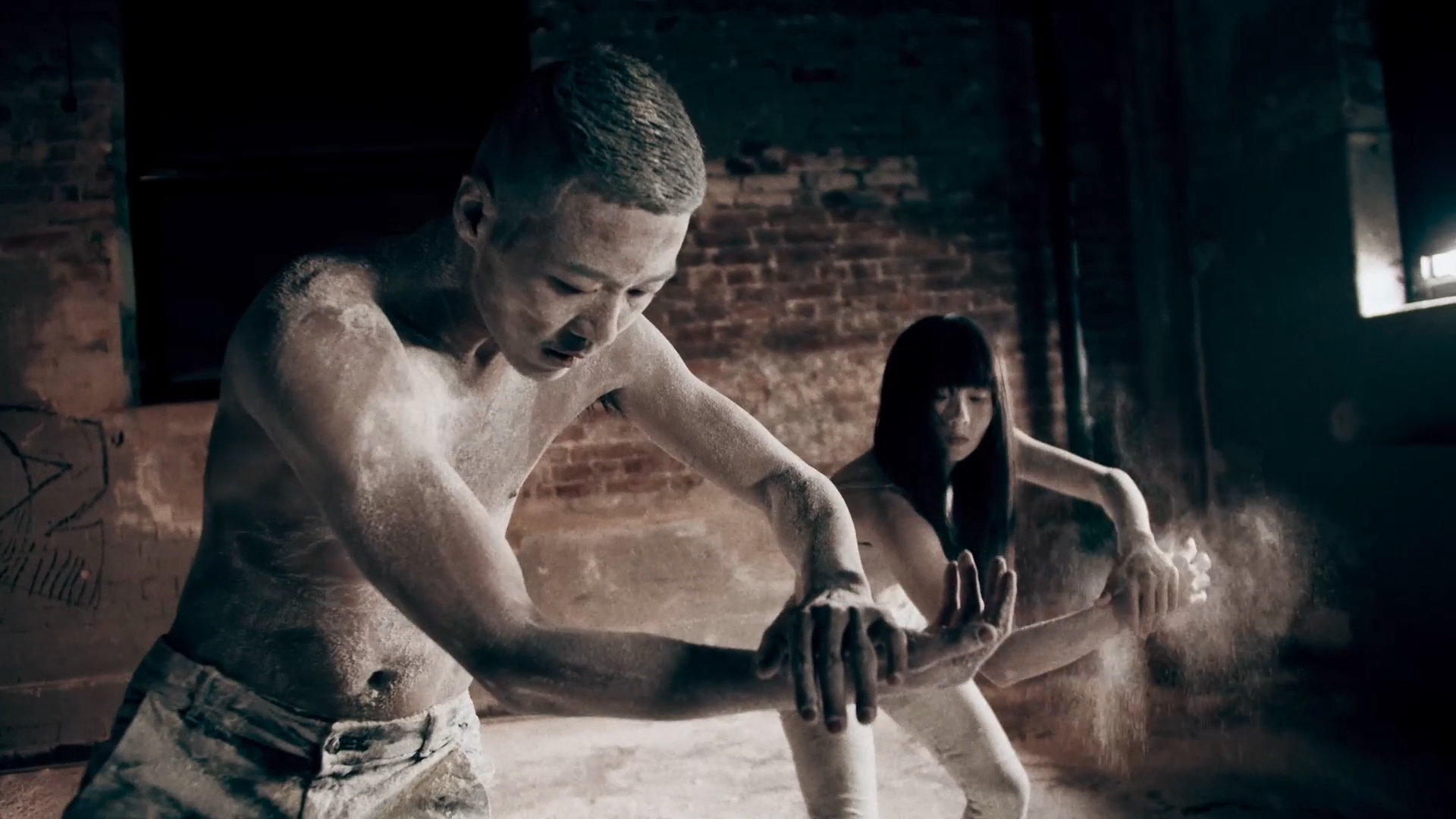 Breathing is titled as such due to its use as a metaphor for Lan-Yun and Luo Fan’s relationship, and how while invisible, they’re both keenly aware of the presence of each other’s breath and proximity, always respecting personal space and boundaries. As the film opens, we watch as Luo Fan stands at a dock against a picturesque backdrop, takes a deep breath, and falls into the lake behind him. The film enters a more chaotic state as we travel with the camera while it pans across the forest floor, as if we are walking the ground, before finally entering an abandoned brick building, where Lan-Yun dances, covering her body with the white dust and sand that coats the ground. The camera pauses, just for a moment, as if an indication for us to breathe out. 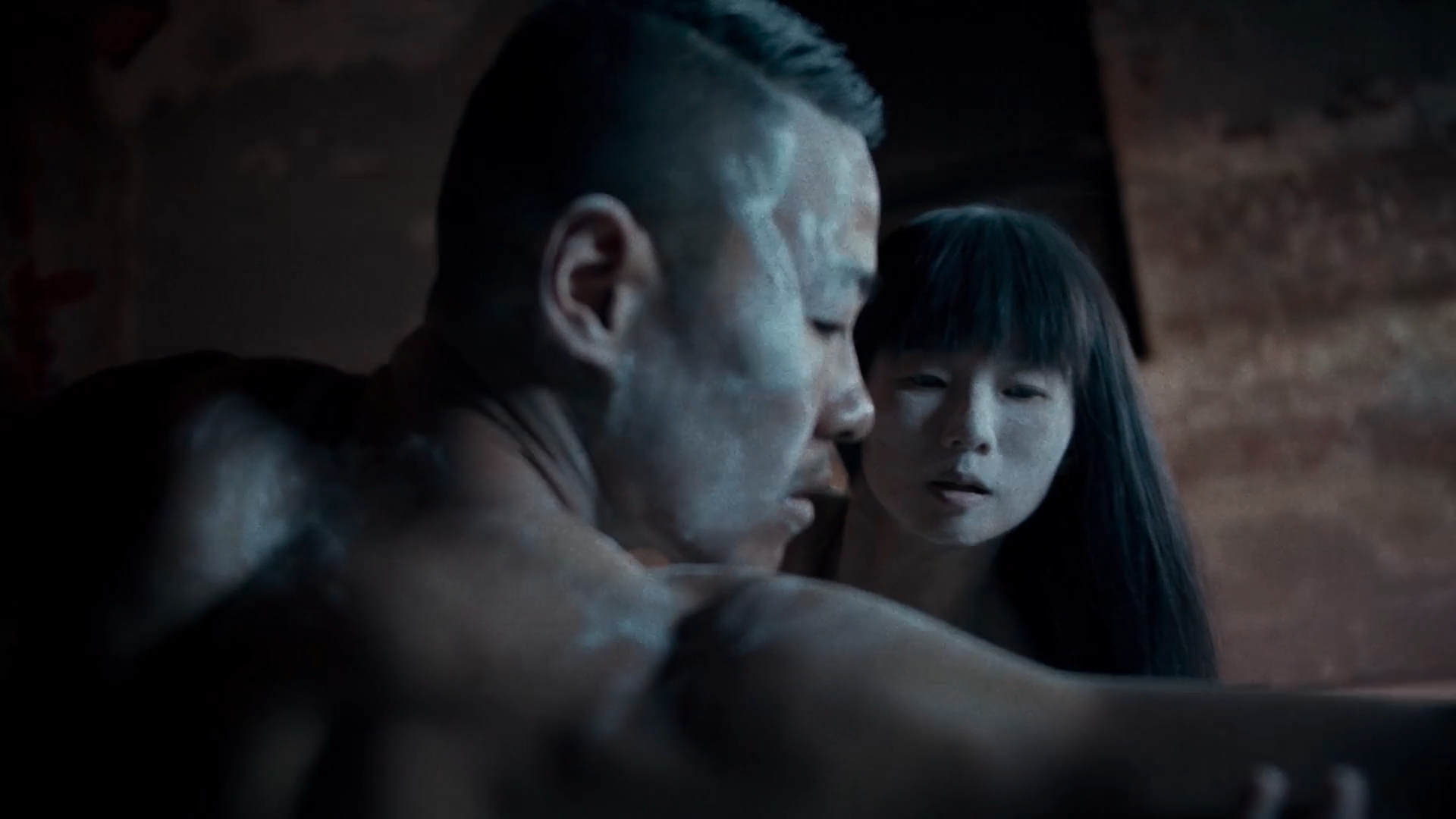 Luo Fan then joins her, and they begin to perform in unison, visually becoming similar as she coats him in the dust. It’s not long before they seem to be learning from each other, copying each other’s actions to the point that they can sync up their movements, two halves of a whole. Yet there is always a degree of tension between them, close but never fully connected, as if afraid they would lose their individuality should they fully become two halves of a whole. 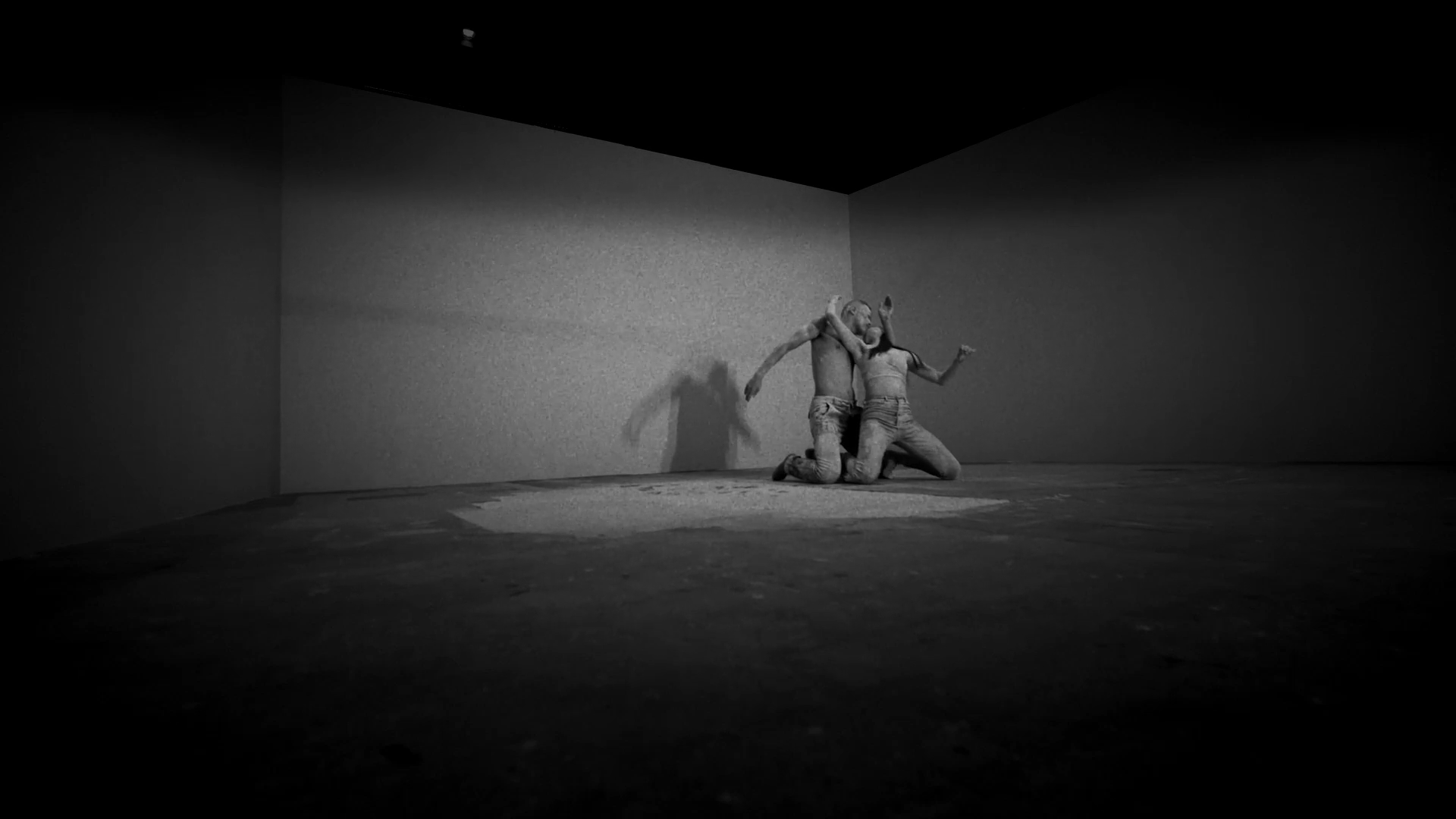 Watching them now with their lips locked with the scene in black and white, they seem to be learning how to compromise with each other, as Luo Fan moves forward as Lan-Yun takes a step back, struggling at first but eventually triumphing at this game of give and take. Our mind wanders as the camera returns us to the scenes of nature, both Luo Fan and Lan-Yun appearing from time to time hidden amidst the greenery and the foliage, while we watch Luo Fan’s fall into the lake again. We think of his clean state in stark contrast to his dusty body in the  building with Lan-Yun, and think of how two people in a relationship begin to influence each other, until they gain the other’s traits, how their ten years spent together has changed them both, and taught them to be who they are today. Ending on a hopeful note, the two allow themselves to kiss, and embrace each other at last, perhaps signifying that they have finally accepted and understood the breath they share, two individuals uniting to become stronger together. 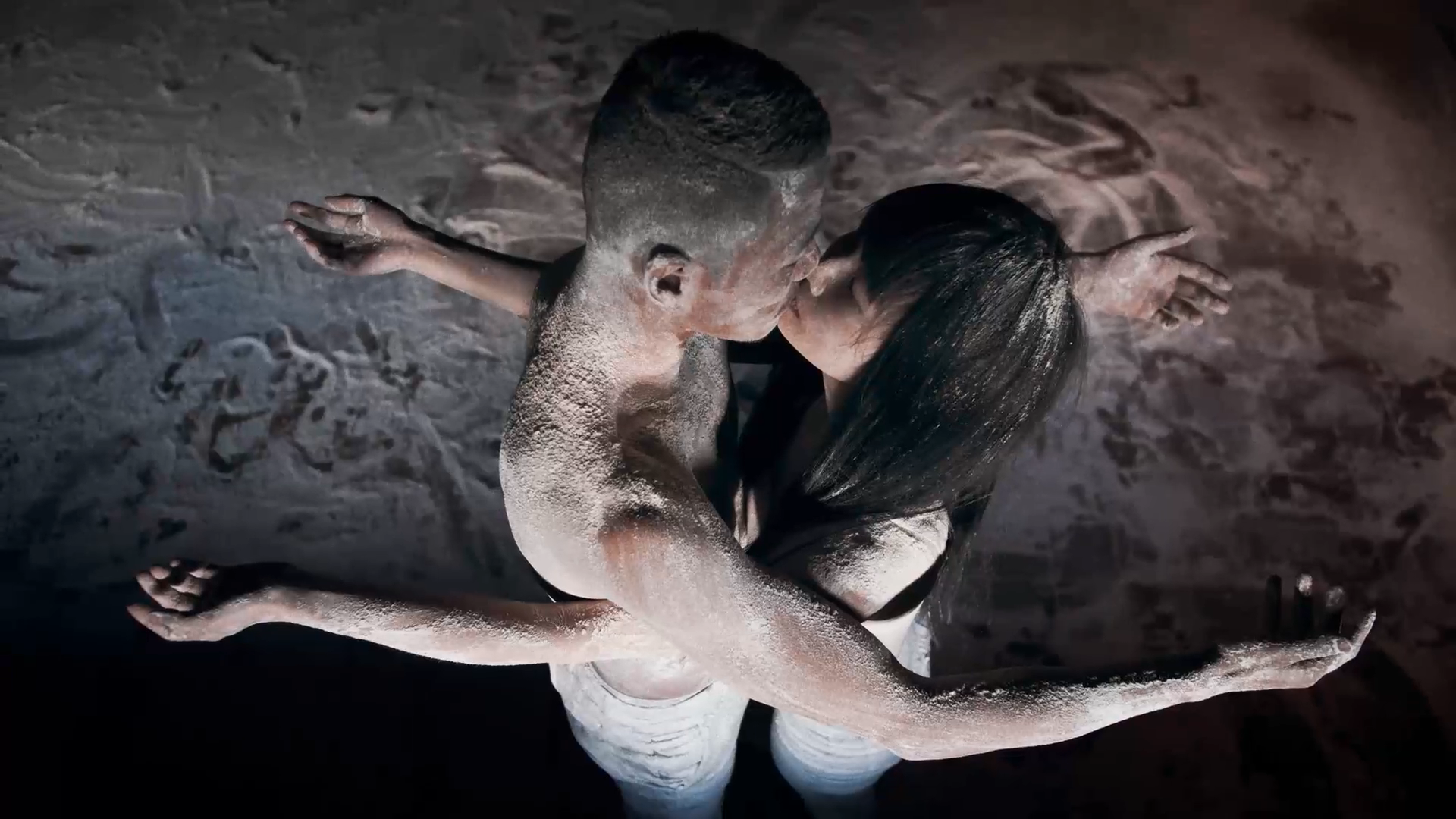 Episode 2 of A Lover’s Concerto is testament once again to the bonds that CCDC has forged between its dancers, each couple’s performance a reminder of the work it takes to forge a relationship, with compromise and understanding needed to overcome conflict and differences. The two new performances presented prove that it is only with time that a couple can learn to love each other better, and with enough patience, emerge stronger than ever before, building on each other’s merits to produce even better creative work.