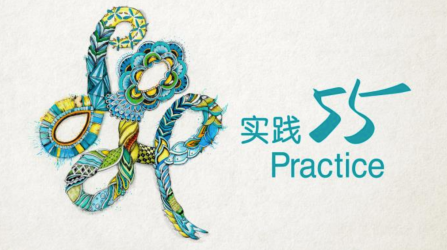 It’s not every day that a 55 year anniversary comes around, and even a global pandemic can’t stop the celebrations from happening – digitally that is. For The Theatre Practice (Practice), Singapore’s longest-running bilingual theatre institution, they’ve decided to really home in on the significance of 55, with a 55-hour long Facebook livestream taking place from 27th to 29th November. Titled PRACTICE 55, the marathon livestream marks 55 years of achievements and community from the company.

A theatre company reaching their 55th anniversary in any country, is a momentous occasion. Founded in 1965 by theatre doyen Kuo Pao Kun and dance pioneer Goh Lay Kuan, Practice first began as a performing arts school, before transitioning into a professional theatre company. “Practice was created because our co-founders believed in creating a home that nurtures and empowers,” current Artistic Director Kuo Jian Hong notes. “This is something we still do today. The ‘how’ has changed but the ‘why’ remains consistent.”

Through the years, the company’s initiatives have been held up by the twin pillars of art-making and advocacy, and today, continues to remain a cultural force to be reckoned with. Collaborating with Singapore and international artists, it has amassed a critically-acclaimed repertoire of over 350 productions spanning a variety of genres and languages, many which have entered the canon of Southeast Asian literature. As pioneers in arts education, Practice has nurtured leaders in the Singapore arts scene, and inculcated a love for the arts in generations of youths. Practice’s most valuable asset has always been its people, having its seeds planted more than five decades ago now blossoming into a massive community of artists, students and supporters, collectively known as “Jian Rens”, who themselves continue to nurture and empower others. While many have remained active in the arts, those who are no longer practising still continue to affect positive change through their work and influence.

While a real life party and celebration has been made impossible due to the ongoing COVID-19 pandemic, the Practice team remains determined to mark this milestone with PRACTICE 55. “We’ve never been one for taking the easy way out,” Kuo jokes. “So we took this as a challenge to do something that we have never done before.” Going digital is in no way easier than having a live performance, with much of the initial preparations for the stream spent on a massive operation of digitalising the archives, with weeks spent unearthing dusty photo albums, vintage programme booklets, video tapes and even sound reels. An equally massive operation was set in motion to contact over a hundred Jian Rens to join in the programmes.

Beyond a retrospective, PRACTICE 55 also presents a rare and precious convergence of incredibly different individuals, all who have passed through Practice’s doors. Comprising artists, creatives, crew, educators, administrators, supporters, and friends, this sprawling web presents a microcosm not just of theatre but the larger arts landscape, with international participants dialing in from America, Germany, Spain, China, Hong Kong, and more. It will also include interactive activities that livestream viewers can participate in, from anywhere in the world. “By moving our celebrations online, more Jian Rens can join in, especially those living overseas,” Kuo adds.

The line-up will follow a rough chronological timeline of Practice’s development, with its 38 programmes divided into five main categories: Stories, Vault, Spaces, Homecoming, and Play. Taking a closer look at Practice’s past and its impact in the present, Stories will bring together an incredibly diverse slate of arts practitioners for conversation and debate. From jazz singer Joanna Dong to music director Julian Wong, drama class language teachers to ethnic dance students, artistic directors of the most major theatre companies in Singapore and beyond, come hear from each of these panels as they share their stories working with Practice, their own practices, and the fond memories they’ve had of the past. With Vault, Practice will be showcasing their archives with rarely-seen soundbites, pictures, videos, and interviews. If you didn’t get a chance to catch them in the theatre, or simply want to re-live these live performances, check out full-length recordings of Singapore’s first modern dance piece, Nu Wa (1988), seminal Kuo Pao Kun works including The Coffin is Too Big for the Hole and Descendents of the Eunuch Admiral, and Theatre For Young Audiences Chinese language musical — The wee Question Mark and the Mountain Movers (2019). Under Spaces, come revisit the spaces where Practice’s Jian Rens worked, played and created through virtual tours of Practice’s homes. Be sure to tune in for Sommerville Walk, where Practice recounts its move to its former home at 12 Sommerville Walk. While it’s now a kindergarten, the 22 years spent at the site saw hundreds of students pass through its doors, learning theatre, dance, music and design, as Goh Lay Kuan and Kuo Jian Hong return to reflect on “Old Practice”.

Homecoming remembers the deep bonds forged through Practice by reuniting former collaborators and old friends through a series of casual hangouts. A highlight of this category would be Here Comes Lao Jiu!, where viewers can join the cast, crew and creatives from four different editions of Practice’s hit musical Lao Jiu as they reunite for an epic online hangout. With Play, come connect with Practice’s Jian Rens with lessons and fun. Look out for choreographer Goh Lay Kuan as she returns to the studio to teach her first dance class in decades, or come watch Julius Foo, Koh Leng Leng, Cindy Sim, Tan Pei Hwee, and Ranice Tay train together and revisit their artistic roots in Tracing the Sunrise. Even if there can’t be an actual party, just seeing the sheer number of activities prepared for this momentous anniversary fills our heart with joy, with how many lives Practice has touched and changed over its 55-year history. Over the years, we’ve seen our share of powerful productions from Practice, from the 2017 revival of Lao Jiu, to the 2019 Shanghai tour of Liaozhai Rocks!, to our five star review of the 2020 version of promenade theatre performance Four Horse Road, and we know that despite these current troubling times, there’s still plenty of life and creativity yet at Practice to see them through for another 55 years and beyond. But for now, be sure to tune in to PRACTICE 55 when it streams this November, and join in this milestone celebration from the comfort of your home.

PRACTICE 55 streams for free from 3pm on 27th November to 10pm on 29th November on TTP’s Facebook For more information, visit their website here