The trials and tribulations of a law firm run by an openly gay couple in Japan tugs at the heartstrings and leaves one with irrefutable hope for the future.  Of […]

Gay conversion independent drama leaves audiences on a hopeful note Based off Emily M. Danforth’s novel of the same name, which in turn was based off the 2005 Zach Stark […] 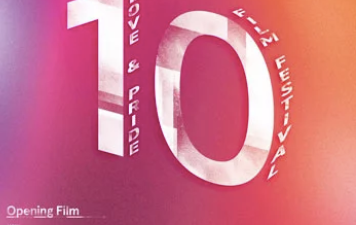 In the wake of recent developments in LGBTQ acceptance all around the world, from India’s repeal of of the penal code to Australia’s allowance for same-sex marriage, Singapore has once […]

EUFF 2018: A Meeting with Paavo Westerberg, Director of The Violin Player (Finland)

It’s not everyday one gets invited to Finnish Ambassador Paula Parviainen’s own residence for lunch. Arriving at the brightly lit apartment in the afternoon, we were impressed by the gorgeous view […]

Dwayne Lau and friends showcase love in all its forms in this brave, heartfelt show.  Dwayne Lau is a man who cuts to the chase. After all, it’s only the […]

With the release of his third album “Love Always”, the former Westlife frontman has managed to keep ‘love always’ in his life and for his fans. Irish singer Shane Filan […]

February is already fast upon us and everyone’s most dreaded holiday comes along with it – Valentine’s. Whether you’re singe or happily attached, god knows you’ll still be recovering from […]

Dwayne Lau is the kind of guy who’s all smiles the moment you first meet him. “I’ve been very blessed to have been brought up in a very loving family […]

Preview: An Evening With Sean Ghazi -Love Songs from the Stage and Screen With Special Guest Stephanie Reese

Preview: My Love Is Blind by Musical Theatre Limited