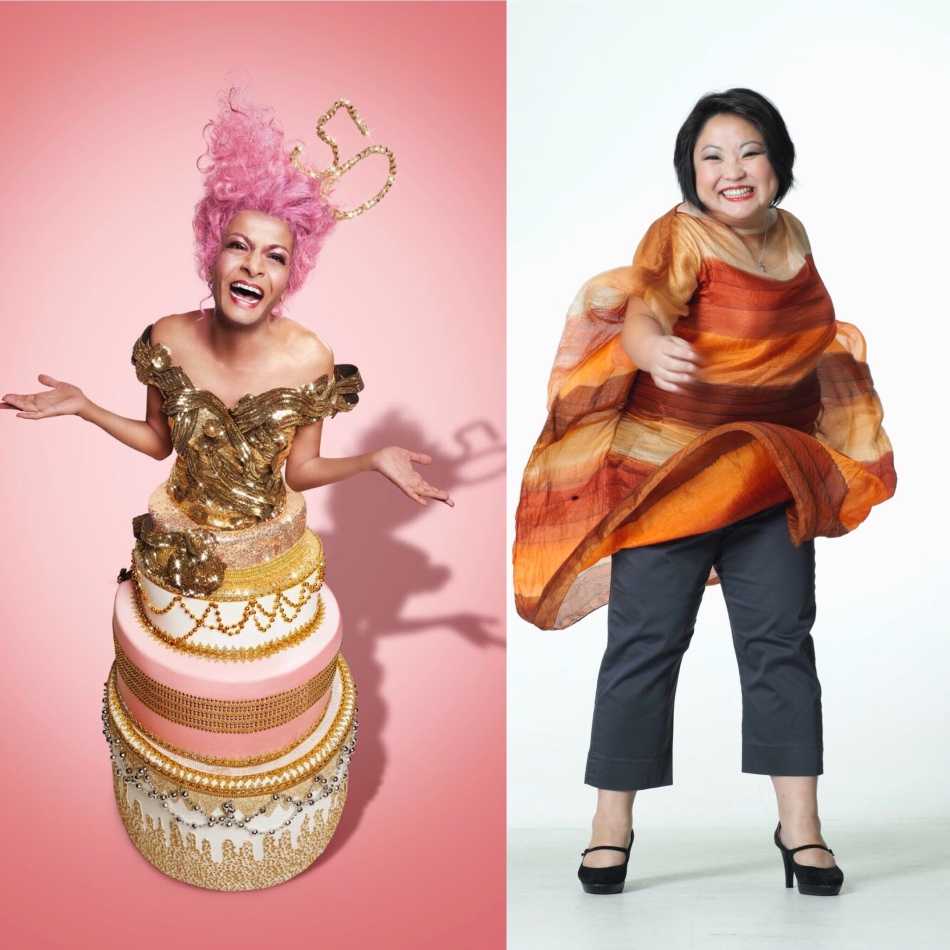 Think the Golden Jubilee was fabulous? You ain’t seen nothing yet till you’ve seen Kumar’s. This year, Dream Academy presents Singapore’s most iconic drag queen as he turns 50, giving him a stage fit for royalty – the Capitol Theatre, as the comedy superstar looks back on his life and times growing up in the lion city in Kumar50.

We spoke to Dream Academy’s founder herself Selena Tan and of course, Kumar to find out their thoughts on how Kumar has become such an icon of the local theatre and entertainment scene. Plus, read on to the end to find out how you can win tickets to catch Kumar50!

Bakchormeeboy:The last time we saw Dream Academy produce a Kumar show was in 2015 with Kumar Stands Up For Singapore. How different will Kumar50 be from the last show?

Selena: Kumar50 is Dream Academy’s new theatrical spectacular with brand new, never heard before jokes, and is the golden jubilee celebration of the Queen of Singapore comedy. Also, this is the first time Kumar’s show will be at the Capitol, so get ready for some Capitol punishment from the Queen himself!

Bakchormeeboy:Tell us the story of how you two first met. How and when were you first introduced to Kumar?

Selena: My earliest memory of Kumar was at The Boom Boom Room. It was the place I would always go to if I had a little spare cash, some friends in town. It was a place I could show off and feel cool being Singaporean, because Kumar made me feel proud.

Bakchormeeboy:Are there any major challenges to directing someone with as big a personality as Kumar?

Selena: No, because directing is a very personal journey. And because Kumar and I have a strong friendship and understanding of each other, our process is very relaxed, respectful and fun.

Bakchormeeboy:What is it about Kumar that makes him such an iconic and enduring figure in Singapore?

Selena: He makes no apologies, and he just goes out there and does it, day in and day out.

Bakchormeeboy:Kumar seems to be the perfect person to start off Dream Academy’s 2018 season, what else can audiences expect from Dream Academy to follow up with in the rest of the year?

Selena: This is the season of laughter, and it’s about being happy where we are. So, our next offering after Kumar will be Happy Ever Laughter (at the Capitol Theatre as well, 11th to 29th July 2018), where we will bring together an unprecedented local 12 comedians from all walks of life, for a night of standup comedy madness!

Bakchormeeboy:You’re hitting the big 5-0. What do you think has been has been the greatest milestone in your life, and do you have any regrets?

Kumar: My greatest milestone was getting my own HDB flat, as it meant having a roof over me that I could call my own. My greatest regret is not finishing my Indian Classical Dance training.

Bakchormeeboy:Do you prefer performing for a small, intimate crowd, or playing to a big audience in bigger theatres, such as the iconic Capitol Theatre they’re hosting an icon like yourself?

Bakchormeeboy:With the rise of drag as a global phenomenon, with movers and shakers such as RuPaul making it mainstream, do you ever feel the need to change up your image or repertoire to ‘compete’ for popularity?

Kumar: No, they’ve got nothing on me!

Bakchormeeboy:Even as Singaporeans continue to enjoy drag on stage, there’s still an overarching mentality that society ‘isn’t ready’ for LGBTQ people to enter the mainstream. How can we bridge the gap between acceptance onscreen/stage and acceptance around us?

Kumar: We can never be mainstream, but the tolerance now is far better than it was before. It’s easier to come out now.

Bakchormeeboy:You’ve been known to be an immensely private person, at least, until the release of your biography. What was the most difficult part of coming out, and revealing so much of your personal life and history in a single tome?

Kumar: Coming from an Indian family, it was very hard to come out. Only time will tell if acceptance comes from my family.

Want to catch Kumar as he hits the big five-o in style with Kumar50? We’re giving away tickets to our readers! All you have to do is:

Kumar50 plays at the Capitol Theatre from 28th February to 11th March 2018. Tickets available from SISTIC

0 comments on “Kumar50: An Interview with Selena Tan and Kumar Himself (Plus, Ticket Giveaway!)”