Tan Kheng Hua is one of our favourite people. Growing up, she already firmly earned a place in our hearts and our homes as the hilarious Margaret on hit local sitcom Phua Chu Kang Pte Ltd (1997 – 2007). But even in adulthood, as we began to go to the theatre more, she became a key indicator of quality onstage, and in this website’s lifespan, we’ve seen her do just about everything, from win a Life! Theatre Award for her performance in Pangdemonium!’s Falling (2016) to helming and producing the inaugural Twenty Something Theatre Festival. Now, Kheng Hua will finally be making her Hollywood debut on the international silver screen with her starring role in Crazy Rich Asians, alongside other local stars such as Janice Koh, Koh Chieng Mun and Selena Tan.

Adapted from local author Kevin Kwan’s novel of the same name, Crazy Rich Asians gained plenty of hype even before filming officially began as one of the first Hollywood films to feature a primarily Asian cast and creative team, likened to the triumph of Marvel’s Black Panther and what it did for black representation onscreen earlier this year. Crazy Rich Asians (set for release in Singapore on 22nd August 2018) follows American economics professor Rachel Chu (Fresh Off the Boat’s Constance Wu) as she travels back to Singapore with her boyfriend Nick (Henry Golding), coming face to face with his family’s ‘crazy rich’ background and terrifying matriarch of a mother (the indomitable Michelle Yeoh). In the film, Kheng Hua plays Kerry Chu, mother to our heroine Rachel. 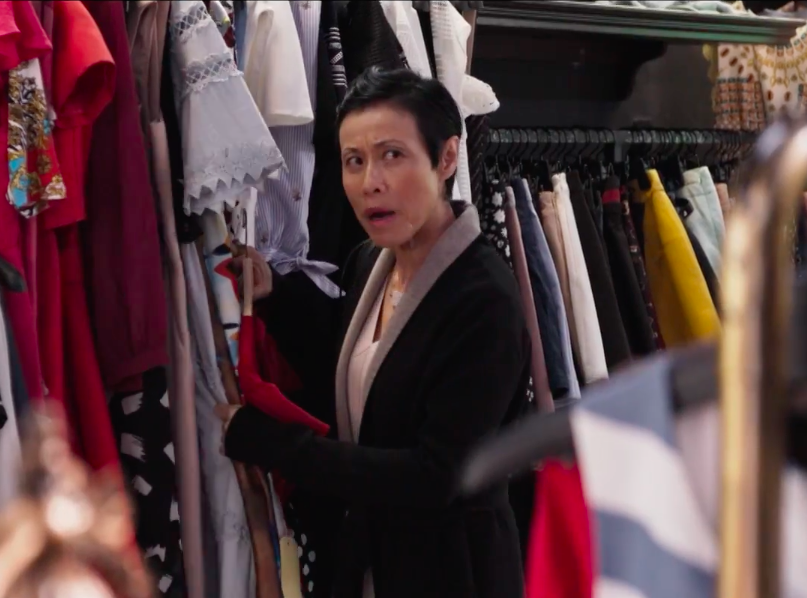 But in spite of her Hollywood debut, Kheng Hua remains incredibly down to earth, telling us about how she maintains the same work attitude no matter what project she’s working on. Says Kheng Hua: “You have to have joy in everything you do. Whether I’m on set for Crazy Rich Asians or rehearsing for a play like The Father, I will always put my best foot forward, and I always choose the projects I know I will be happy working on. I’m always thankful for all the opportunities that have come my way, regardless of budget or scale, because the conditions are all the same.”

She continues: “Even in my early days working in a corporate job at Tangs, I’d still do the best in everything I do, and look forward to the theatre after. It was hard work, from cleaning to ironing clothes for the department store, but what’s most important is still to be a good team member and do your best.”

Kheng Hua with Lim Kay Siu in The Father

Crazy Rich Asians isn’t the only project Kheng Hua’s been busy with though – she’s also in the midst of filming an adaptation of Malaysian author Tan Twan Eng’s Booker Prize Award nominated novel the Garden of Evening Mists, as well as a Channel 4 TV mini-series based off Lucy Kirkwood’s play Chimerica (now renamed as Foreign Skies). Naturally, these projects take her globally, from Malaysia to London, to even South Africa. Says Kheng Hua: “I do appreciate the good things that come with being overseas and enjoy the experience, but what’s most important to me is still concentrating on my roles and doing them well, especially when you’re surrounded by really great people.” 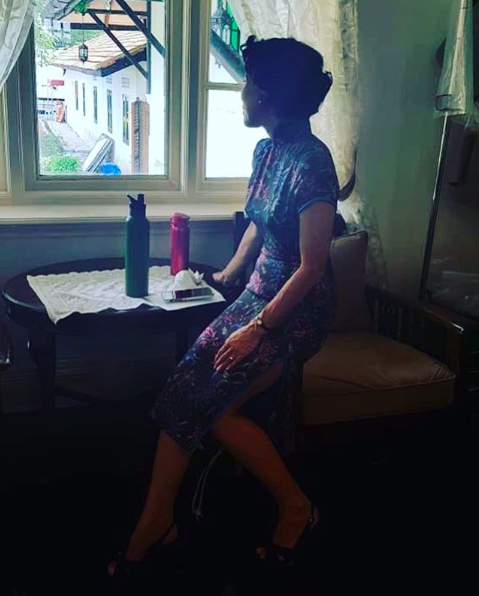 Kheng Hua on set for The Garden of Evening Mists

In The Garden of Evening Mists, Kheng Hua stars opposite Scottish actor John Hannah as his wife ‘Emily’, and was required to speak Cantonese for the role. Although not a Cantonese herself, Kheng Hua found inspiration in her mother’s parents, who was from Seremban, Malaysia, and spoke Cantonese. Says Kheng Hua: “That was something that really helped me find a connection with my character and play her well. On set, it also helps when I’m working with good actors, simply because they’re so good. I remember performing in this breakdown scene with David Oakes, and it made me feel so safe about doing new things, and a lot of confidence in doing better.”

Returning to the topic of Crazy Rich Asians, Kheng Hua will be joining the rest of the cast on the red carpet come 7th August in Hollywood. Kheng Hua has decided to honour a local designer with the opportunity and will be wearing veteran designer Thomas Wee. Throughout the entire press tour, Kheng Hua will also be wearing other local designers. Says Kheng Hua: “Being 55, it’s great to honour a local designer and to give him more recognition. Thomas Wee is from my era, and he does gowns so beautifully and with so much passion. It’s amazing how he’s built up such a name for himself back in a time where there was no social media; he’s old school and organic. This is a good opportunity to show the world who you are, and be truly Singaporean.”

Kheng Hua in a promo shot for Pangdemonium’s The Father

Kheng Hua concludes: “From film to theatre, all I want to do is to choose the work I want and will enjoy. To me, it’s all the same, and it boils down to the attitude we take towards life.” With Kheng Hua taking on the world with her increased presence on the global film circuit, one can only hope that her star will continue to rise, as this talented actress, a gift to the world, gains the recognition she rightfully deserves as one of the best actresses across our local arts history.

Crazy Rich Asians premieres in Singapore cinemas on 22nd August 2018, while The Garden of Evening Mists and Forbidden Skies have yet to have a release date.