Originally staged 26 years ago during the 1992 Singapore Arts Festival under directorship of Ong Keng Sen, Michael Chiang’s groundbreaking comedy about trans-people returns for its fourth professional staging this November at the Drama Centre.

In this 2018 reboot, Private Parts is being presented by playwright Michael Chiang’s very own company Michael Chiang Playthings, and will be utilising the original 1992 script. It will also be helmed, for the first time, by a woman: multi award-winning actress and director Beatrice Chia-Richmond, who had previously worked with Michael Chiang on 2017’s Army Daze 2. 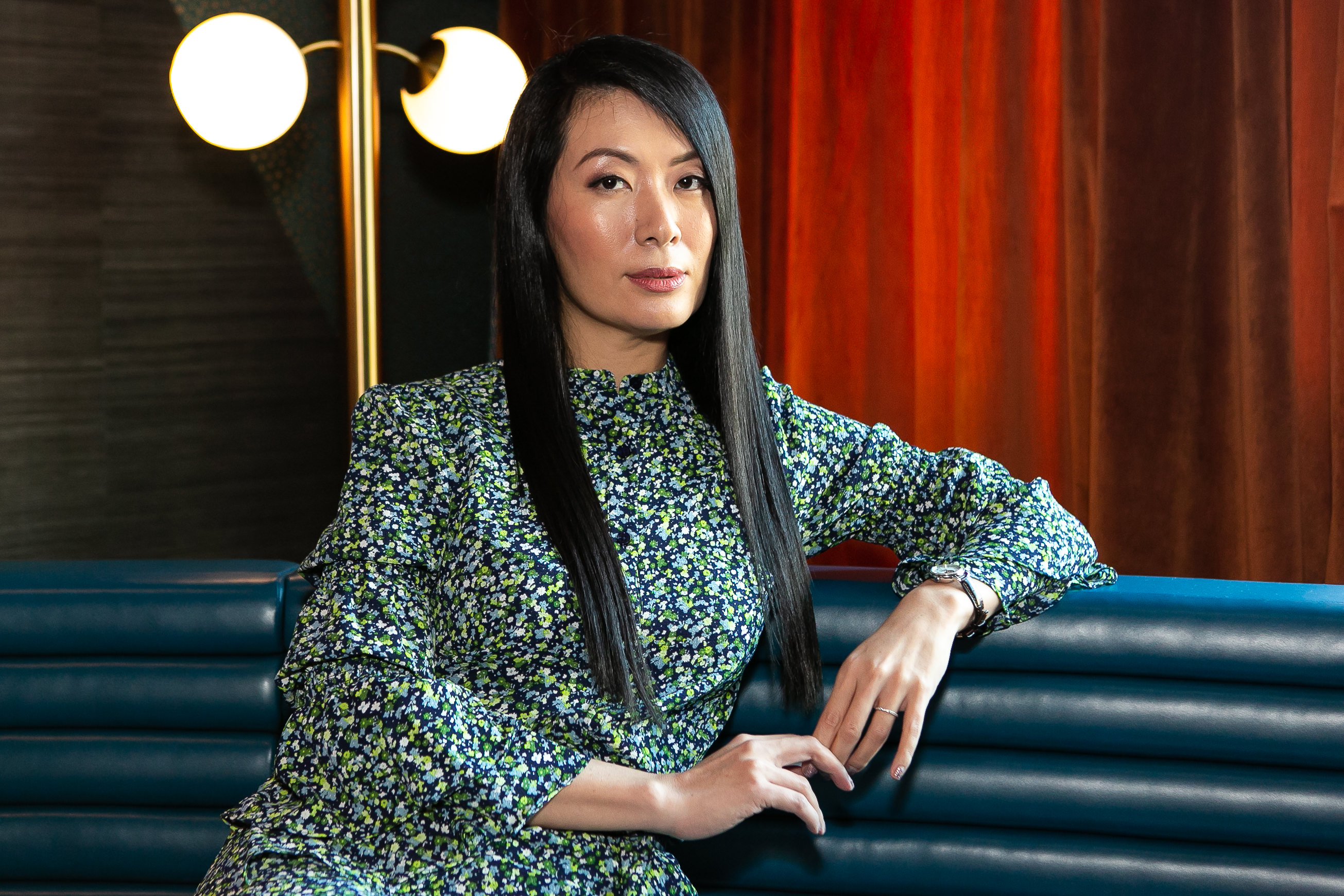 Says director Beatrice: “It was a conscious decision to use the 1992 script, not changing or updating it, because we wanted fresh audiences of today to go into the theatre and experience what the dynamics of our landscape was like 26 years ago. Certainly, they won’t experience this play the same way audiences did in the 1990s.”

She continues: “The only expectations I’m working with here are my own. There’s been a lot of special care that has gone into this production and its casting, and I wanted to make sure I got the right actors to do the job, and are willing to go the distance for you. And as an actors’ piece, it’s a really good chance for them to get their chance to shine.” 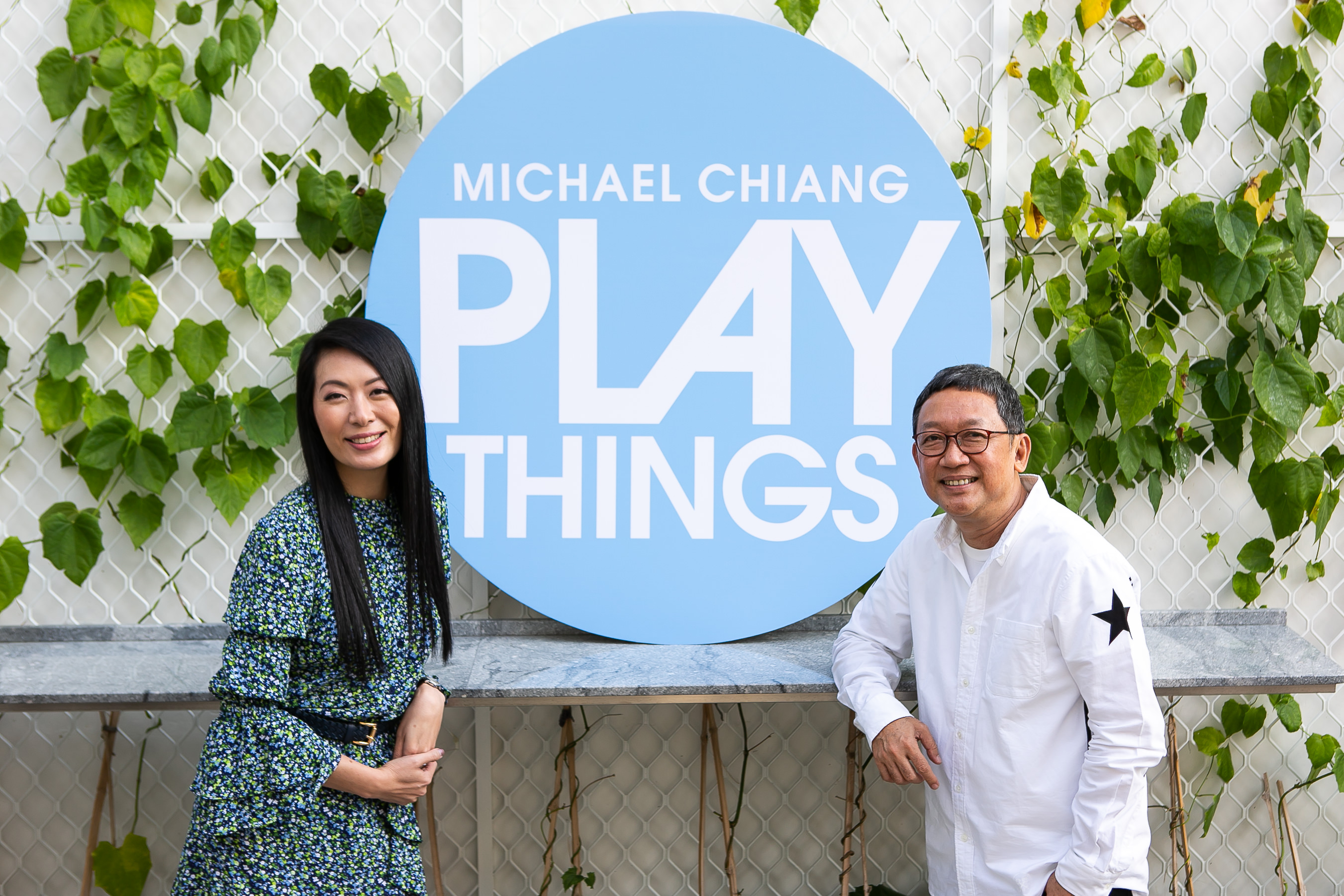 The last time Private Parts was staged professionally was 14 years ago at the Esplanade Theatre, and till now, remains a classic alongside Chiang’s other plays such as Army Daze and Beauty World, known for its bold choice to thrust transsexual characters into the spotlight as protagonists in what was then still a very conservative Singapore. 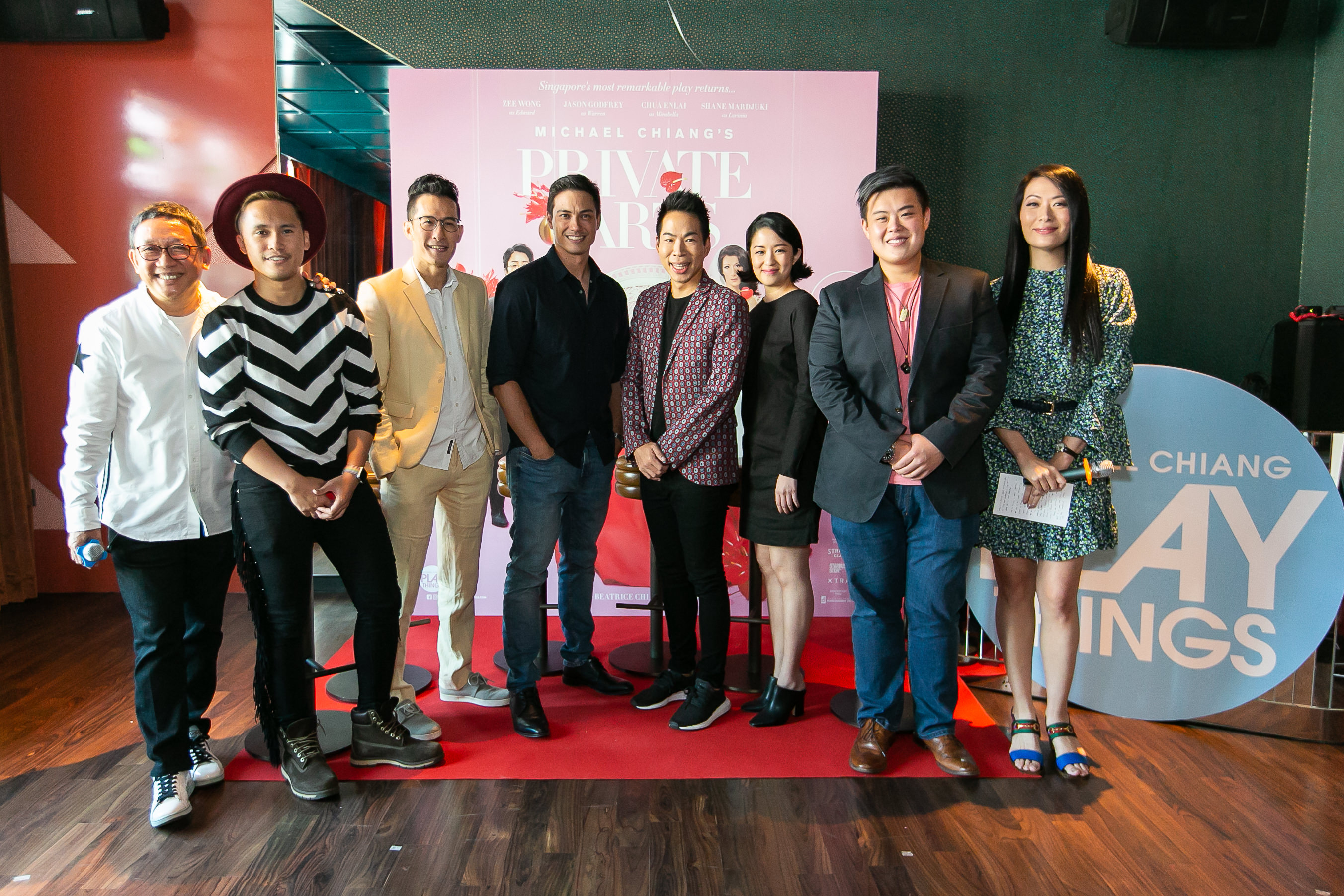 Private Parts is set in Singapore in the 1990s, and follows popular talk-show host Warren Lee (TV’s Jason Godfrey) as he finds himself at a sex-change clinic. There, he meets three fascinating characters – the acid-tongued Mirabella (Chua Enlai), flighty and light-headed Lavinia (Shane Mardjuki) and the quietly intense Edward (Zee Wong). Realising the ratings boost he wold get if he had them on his show, Warren wastes no time at all in inviting them onto the set, which leads to some unexpected consequences and revelations. Other cast members in the line-up comprise Jo Tan, Andrew Marko, Frances Lee, Hirzi Zulkiflie, Andy Cai and Andreas Chua. 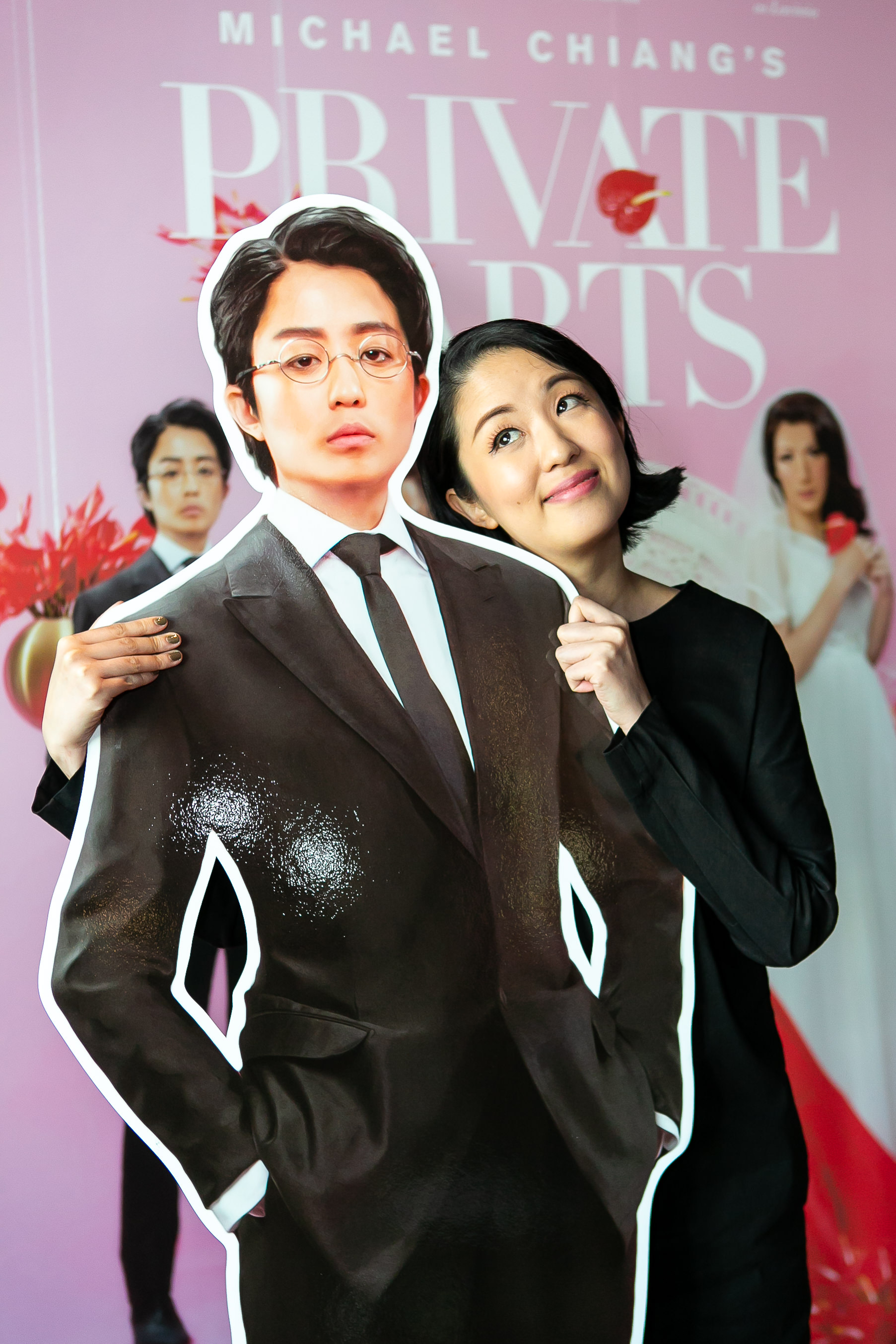 Playing the female-to-male transman Edward is actress Zee Wong, who we last saw in The Finger Players’ Framed, by Adolf. On having Beatrice as her fearless leader, Zee says: “It’s my first time working with her, but I put a lot of trust in Beatrice. I trust the rehearsal process, and that she’ll create this really warm, constructive and supportive rehearsal environment where everyone feels taken care of.”

On her involvement in the play, Zee says: “As a feminist artist myself, I do believe that LGBTQ rights are still very much in need of being surfaced any chance they can in Singapore. Even as a supporting character, I wanted to do Edward justice, giving him a clear character arc and playing him with as much depth as I can. Especially as a cisgender woman playing a transman, it’s a big responsibility that weighs heavy on my shoulders, as my role could easily have gone to a trans actor instead. To do justice, I devote as much time as possible in preparing to deliver the character with a humanity that goes without costuming or painting a caricature. This isn’t a case of an actor going out and doing homework and deserving a pat on the back; I am not representing, I am simply dipping my toes into a community I’m not part of, and need to proceed respectfully and do more. I’ve also been looking at the physical implications and process of an actual FTM (female to male) transition, and we might be speaking to people from the trans community during rehearsals to deepen our understanding further of what they go through.” 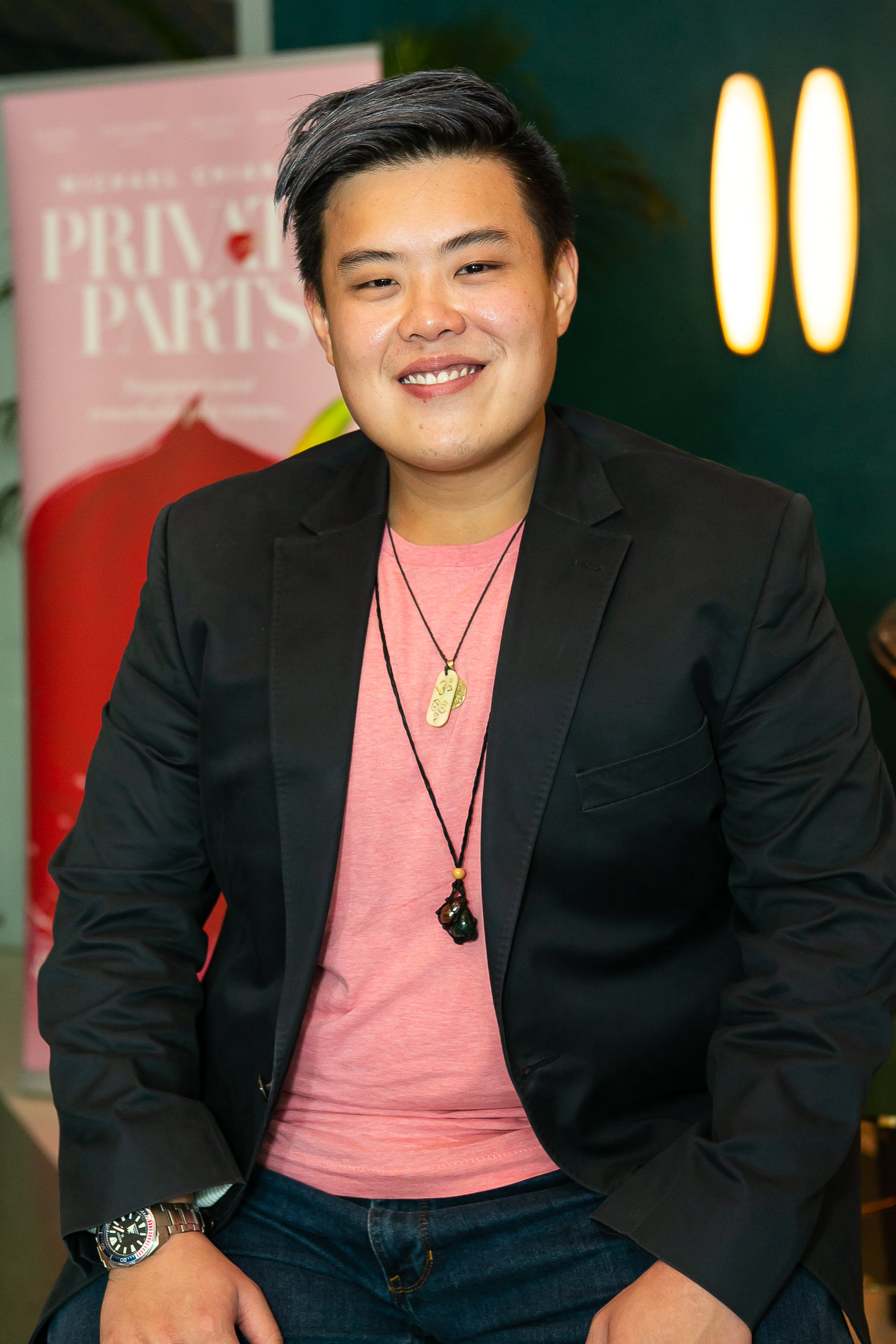 Meanwhile, Andrew Marko will be playing a dual role, as Cyril, a Singapore Tourism Board type character, and Rudi, the head nurse of the clinic. Says Andrew: “It’s still pretty early in the rehearsal process, but I’ve been having a lot of fun during the script reads, with Beatrice being very encouraging. My roles are about the fluidity in human identity, and how all these aspects of our selves can be traced back to something else, subconsciously or consciously, which goes back to my role as an actor as this blank canvas in front of everyone. This show is important for audiences to understand where the trans community is coming from, and to know some of the struggles they’ve been living their whole life.”

Andrew continues: “So much has changed over the years, and it’s going to be so fascinating to see how different the response would be from 2004 to now. I really love shows like this, where they make you laugh first and drop a serious bomb on me. It comes from a place of honesty, and if you have a real message and something you want to say, the comedy acts as a way to break the walls, to get everyone comfortable on an emotional level and when the honesty hits, everything collapses and you start to think about what’s really going on.” 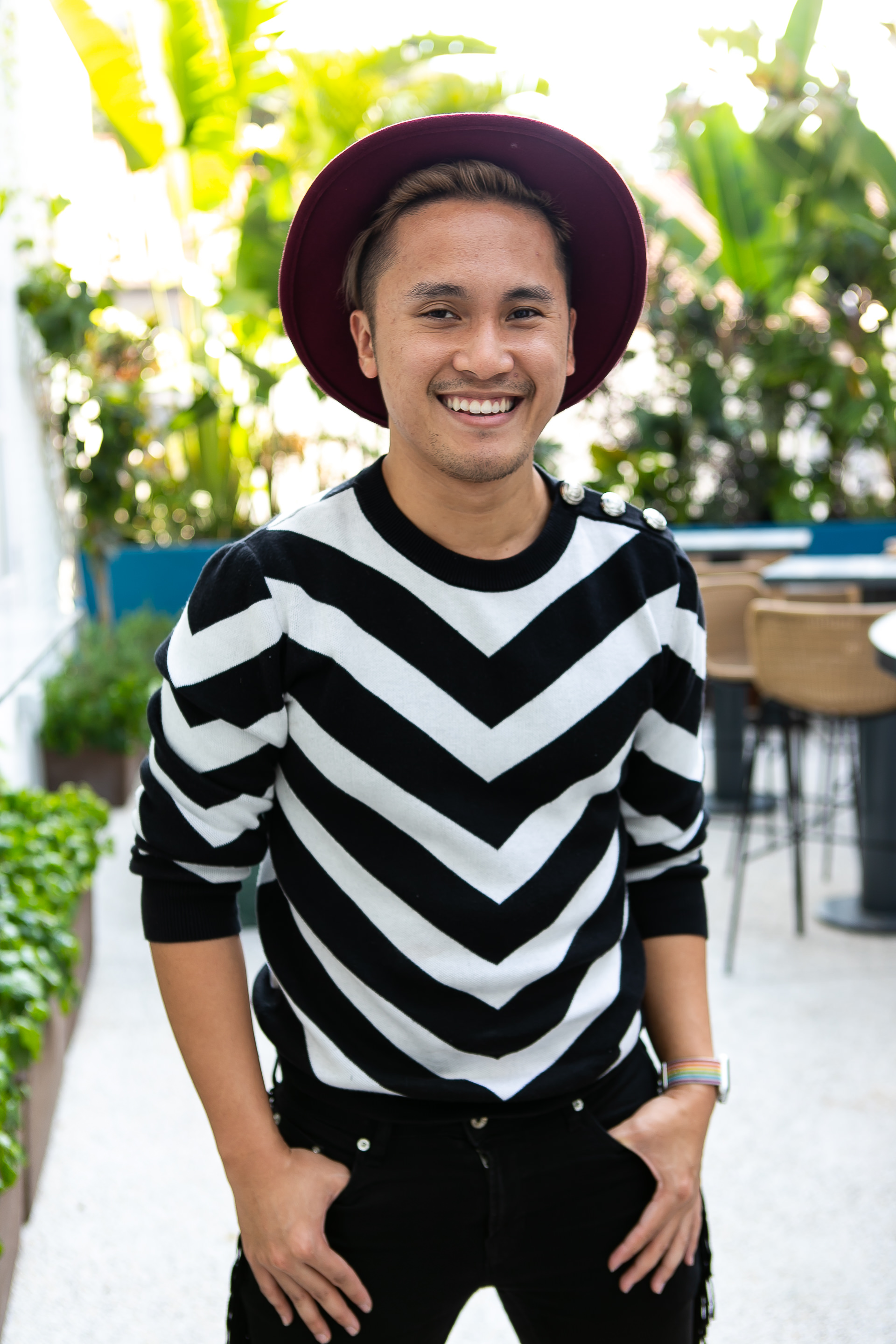 Hirzi Zulkiflie, formerly of popular YouTube channel MunahHirziOfficial, and who we last saw in Hope (Harap), will be playing an ensemble role as Dreamgirl #1, joined by fellow Dreamgirls Andy Benjamin Cai and Andreas Chua. Says Hirzi: “One of the stresses we’ve had is that I only realised Andreas and I were both in the cast once we got to script read, and when we saw we just went oh my god! But there’s one person missing from this equation: Vanda Miss Joaquim, who’s a part of the team and choreographer whenever we perform for Pink Dot. We have to find some time soon to explain and talk to her about it.”

He elaborates more on his position as a cast member: “During the audition process, I tried for Lavinia and got some serious goosebumps when I read her monologue – it’s gut wrenching how this woman who seems so light-hearted all the time is actually hiding so much inside. As a millennial in a 90s play, there’s a lot to digest about how different times were 26 years ago, and a lot to excavate from the text. For myself, as the only Malay person in the cast, I am representing and creating this queer Malay character in this play, which forces the conversation within the Malay community about queer people. Beyond the Malay representation, I hope that this play will create opportunities and conversation around trans representation, and maybe in future, I’ll be there to witness them finally get their turn in the spotlight.” 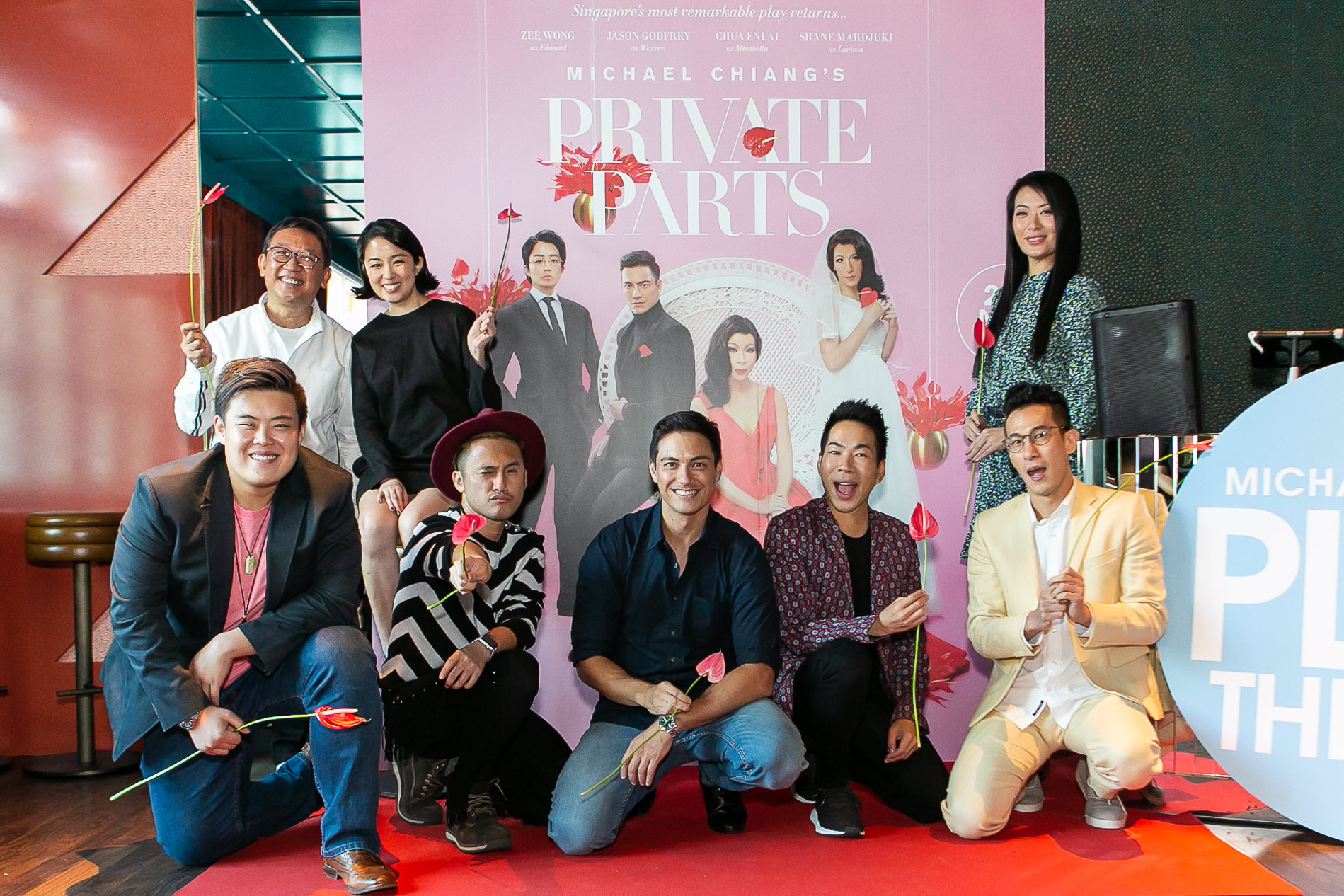 Still as relevant today as it was 26 years ago, the universal themes of Private Parts ring true more than ever, remaining a groundbreaking work that puts fully fleshed out, transsexual characters front and centre. Their stories handled in a sensitive light, Private Parts seems only timely in our continued debate and discourse over diversity and inclusivity. This November then, catch Zee, Andrew and Hirzi onstage in Private Parts as they star in this classic tale of love, compassion, acceptance and finding one’s self. 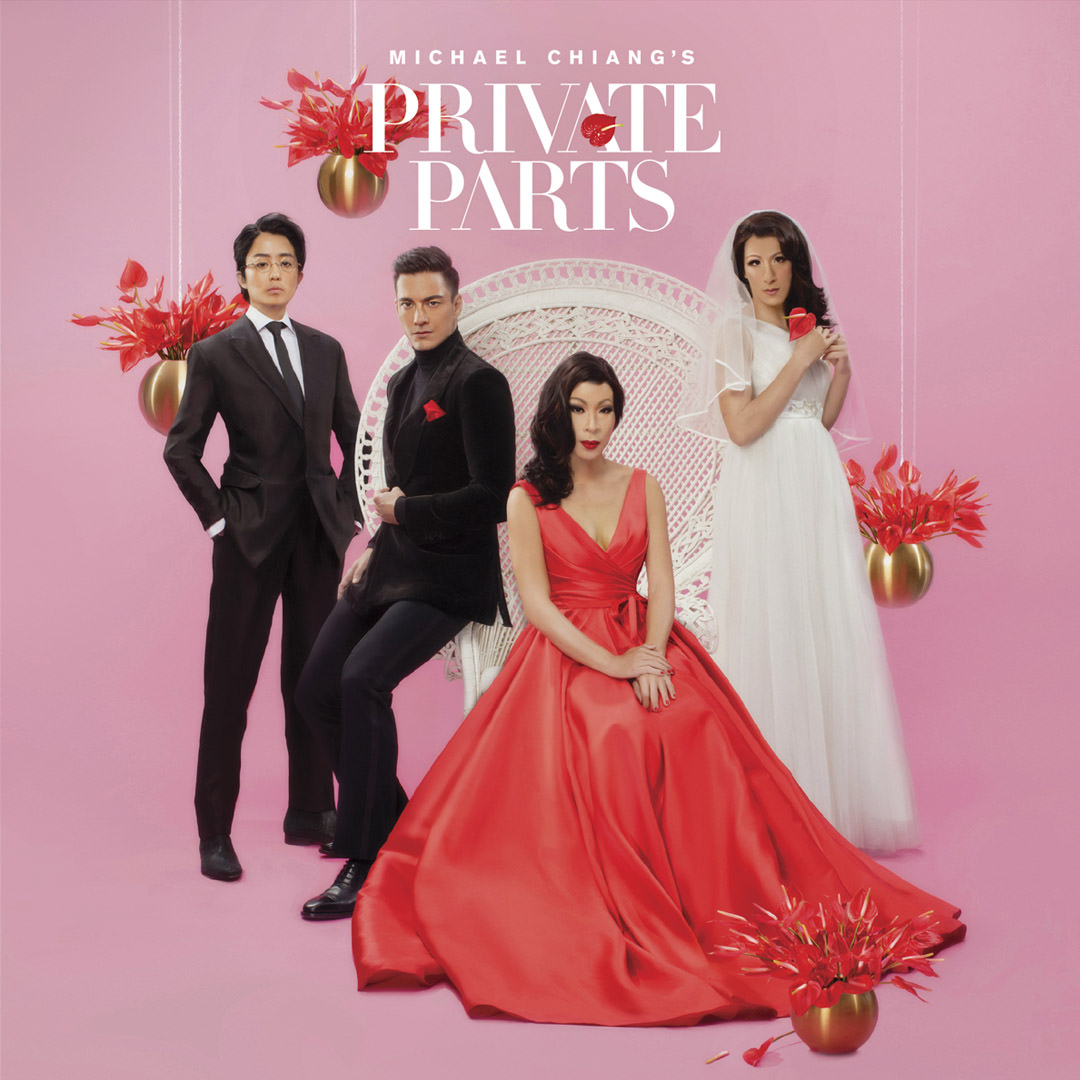