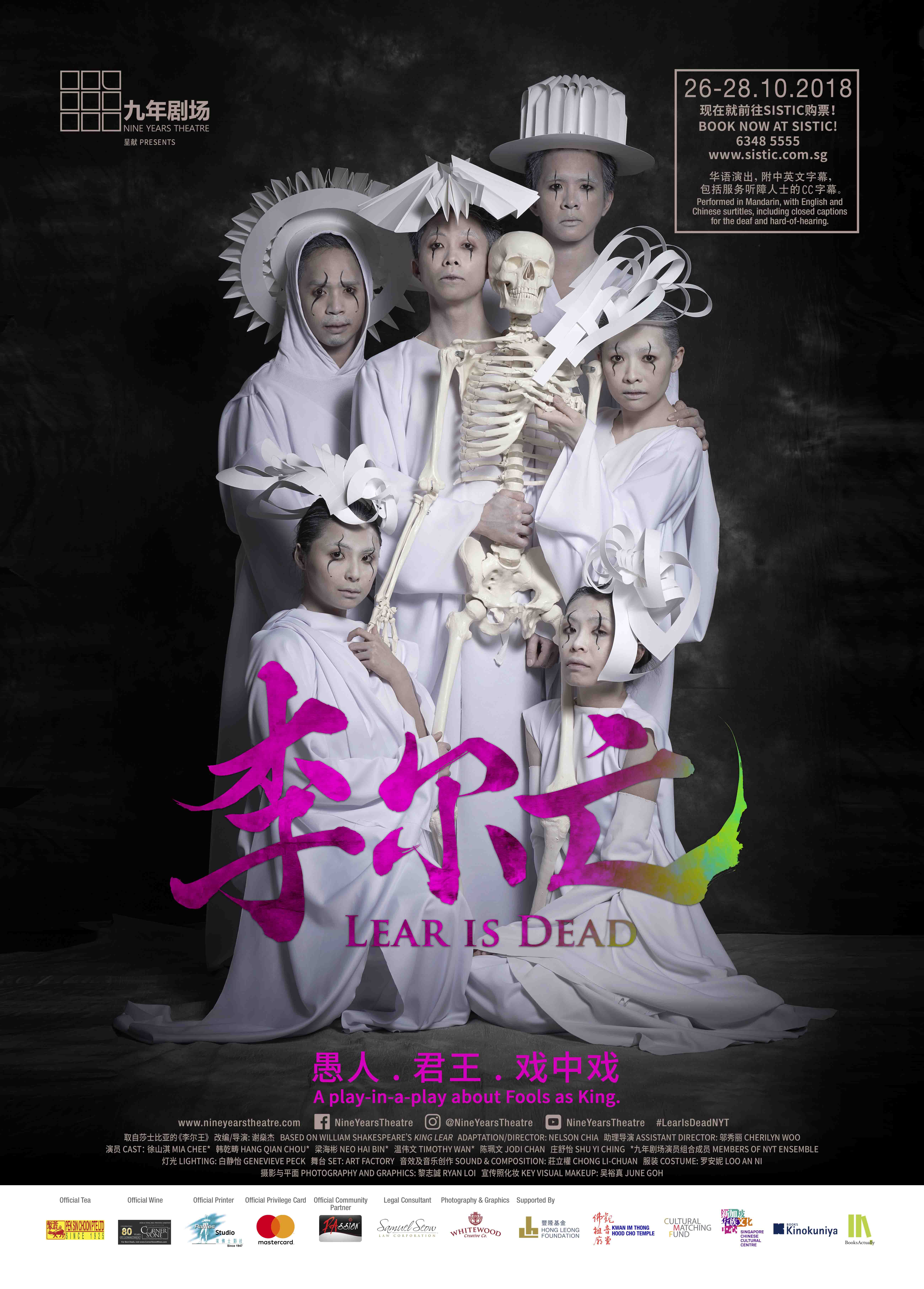 “We used to think power is our life’s goal, forgetting that wisdom is what our lives are founded upon.”

Following their reimagination of Strindberg’s Miss Julie earlier this year, Nine Years Theatre will present their third and final production of the season with another reimagination of a theatre classic: Shakespeare’s King Lear.

For Nine Years Theatre, while no stranger to adapting classic works into Mandarin, Lear Is Dead will mark the first time the company will be tackling a Shakespeare work. Adapted and directed by 3-time Best Director winner of The Straits Times Life! Theatre Award, Nelson Chia, together with assistant director Cherilyn Woo, this new interpretation of the play takes place after the eponymous King Lear has died. While the entire country mourns, a troupe of actors dubbed the “Fools Society” has decided to recount the original story in a play-within-a-play, as audiences rediscover the senile king’s descent into madness as he gives power to his daughters, who find their father increasingly intolerable and banishes him from the kingdom. How then will these jesters choose to portray national memory and history in their play?