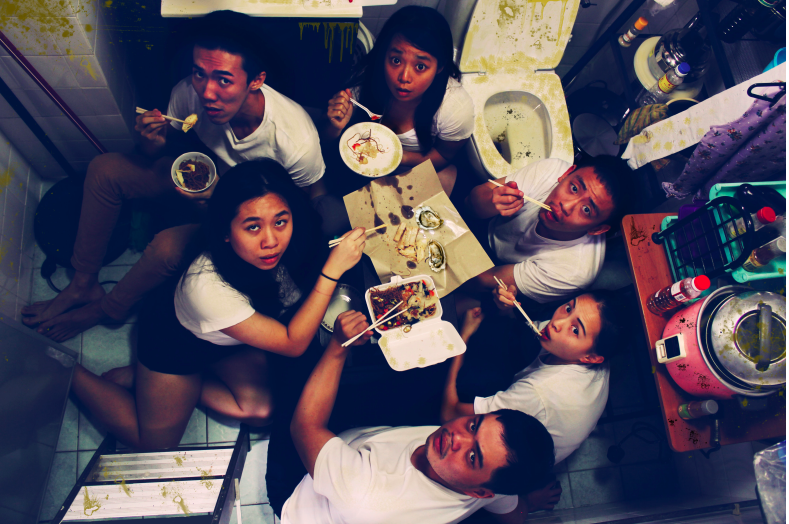 An innovative staging turns this twisted police procedural into a living nightmare.

If there’s one play this year that should come with a warning for the faint of heart, it’s Toy Factory’s Oedipus. Directed by Toy Factory artistic director Goh Boon Teck and written by Zhu Xin Chen, Oedipus, much like its title suggests, concerns itself with socially and sexually perverse themes that push the boundaries of what is acceptable.

Staged completely in Mandarin and dialect, all three floors of Toy Factory’s shophouse performance space NOWPlaying@17 have been completely transformed into a surreal nightmare (intricately designed by Tai Zi Feng) to bring the play to life. Upon entering, one ascends a stairway where the house’s strange denizens lurk, hanging off the bannisters with barricade tape looped around their necks, while at the top, the space has been left in a state of disarray, with newspapers completely obscuring both walls and floors and frayed string forming tangled webs overhead.

Initially, the audience is given a narrow space to view the play, squeezed along the stairway and limited seats at the second floor, before lights come on to reveal the remainder of the cast, some perched atop a stepladder while others continue lurking amidst the shadows. We’re introduced to our flawed protagonist – Wang Jia Hao (written as 王家豪, played by Chong Woon Yong), an officer looking into the case of a fifty year old woman (Lim Ci Xuan) brutally murdered by her severely disabled son, coincidentally also named Wang Jia Hao (written 王家皓, played by Stanley Ng). 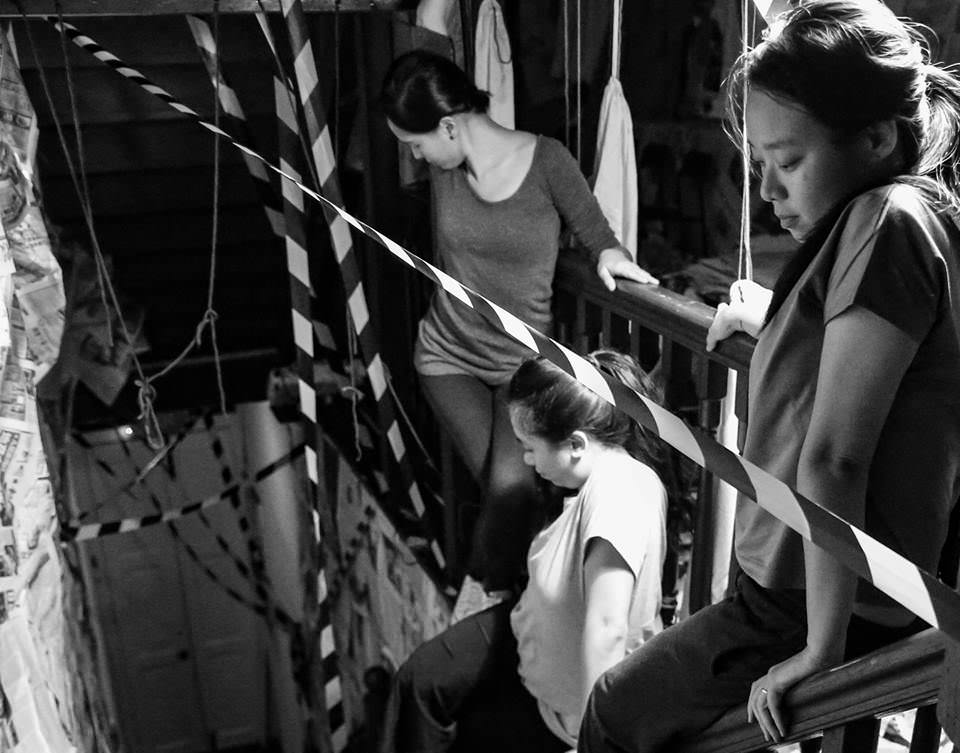 What ensues is a deeply disturbing police procedural as Officer Wang interrogates Jia Hao to shed light on the situation, with the more confessions made, the murkier the morals become. But even more disturbing than that is perhaps how Officer Wang begins to find himself understanding, even sympathising with Jia Hao, and wishing to find a way to save him, as his own love life with his wife (Trissie Liew) hits a dry spell, the combination of the two leading to grim sexual hallucinations and nightmares that haunt him endlessly. 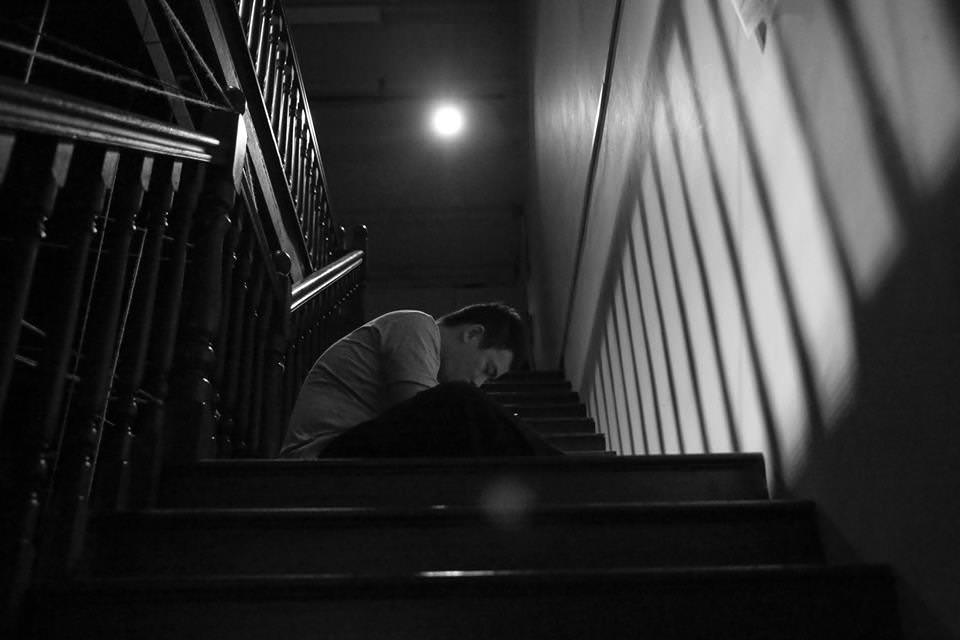 If you can look past the profoundly grotesque nature of the script, Oedipus is a play that dares push at our assumed boundaries of acceptable themes and stories to stage, as well as the very limits of staging itself. Throughout the performance, audience members are ushered along the space, with unique direction from Goh Boon Teck assuring a thoroughly immersive experience. 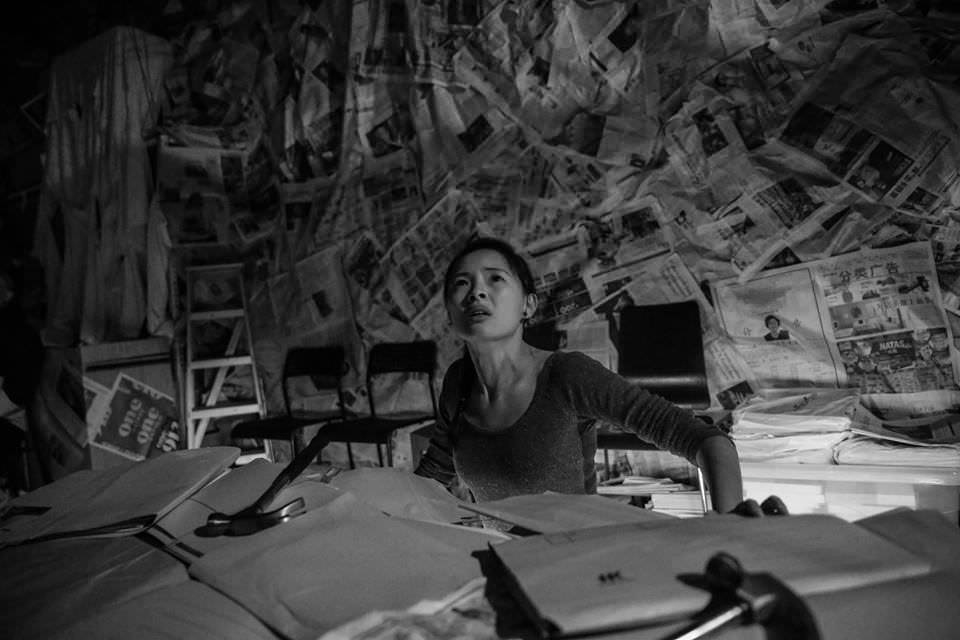 The use of a ‘live’ soundscape allows for us to feel like we are in the heart of the action – cast members strike fear into our hearts as they drag actual hammers across suitcases and shockwaves through the air when they hit the wooden floor, ping pong balls bounce down floors and a cane is used to replicate the sound of whipping. 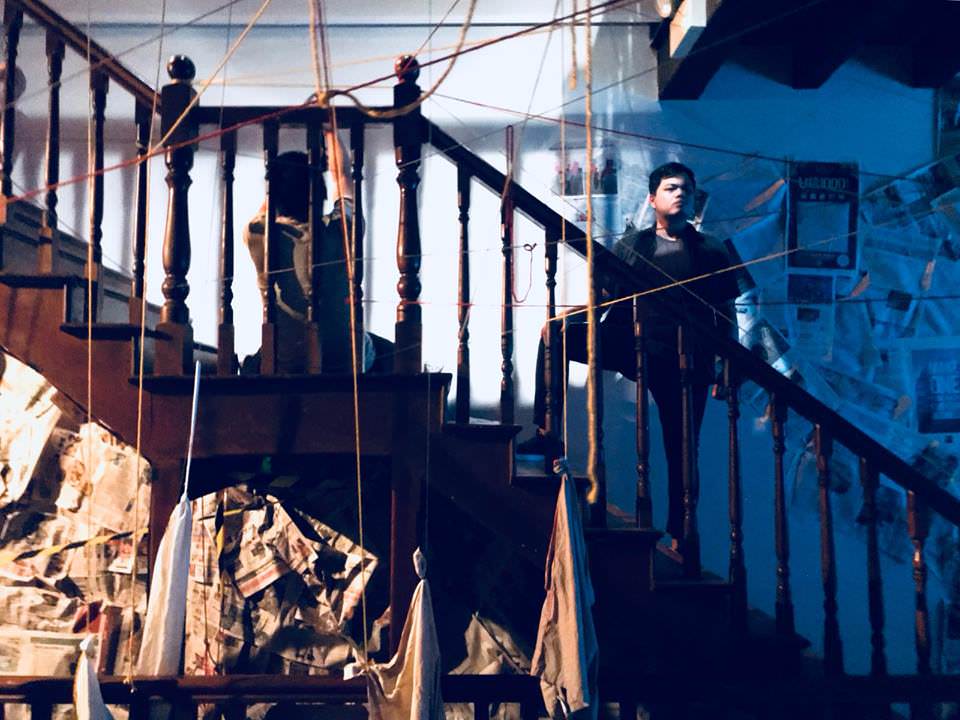 The shophouse space also offers enough opportunity to hide unexpected secrets – look out for a surprise dimension to the performance when even the external space ends up being effectively used to offer a completely unexpected way of performing a scene, which alone makes for one of the biggest reasons for catching this play. 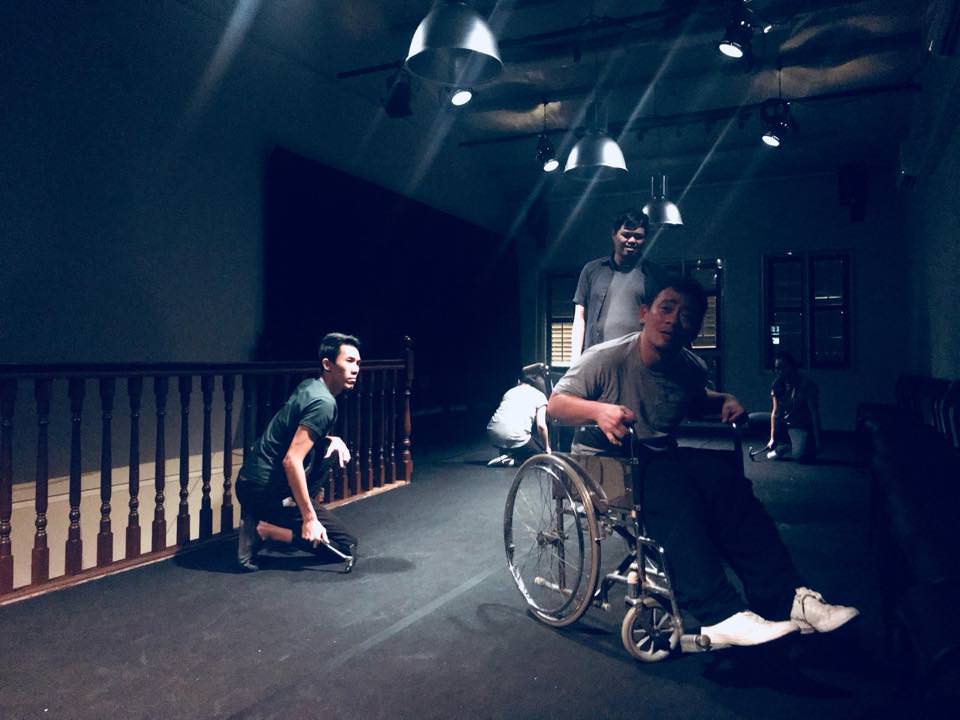 Even amidst the unusual staging, the acting never takes a backseat, and both Chong Woon Wong and Stanley Ng play their respective roles with aplomb, the latter a dark mirror held up to the former as they wrestle with each other morally. 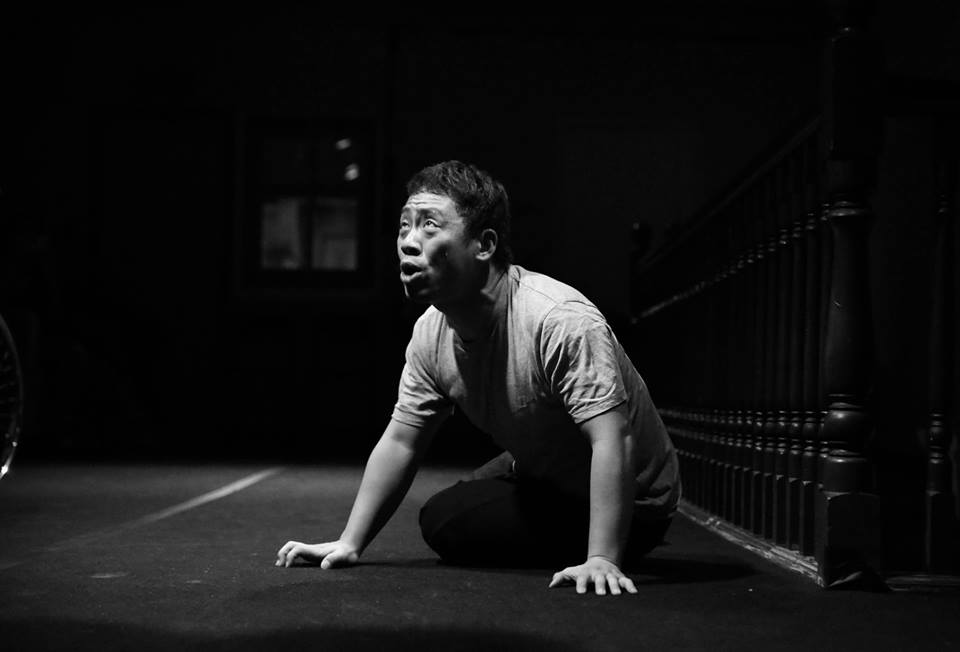 While it may be difficult to ‘enjoy’ Oedipus owing to its discomforting and problematic content (possibly the most misogynistic play of the year), what it offers is a thoroughly harrowing experience that may well also be the most unique piece of theatre we’ve seen in a while. Daring and unabashed in its content and presentation style, Oedipus marks an artistically strong step forward for Toy Factory as they bring their performance space to new heights, even as they imbue it with the darkest of stories.