The world famous Great Moscow Circus has returned to Singapore for the first time in over ten years! 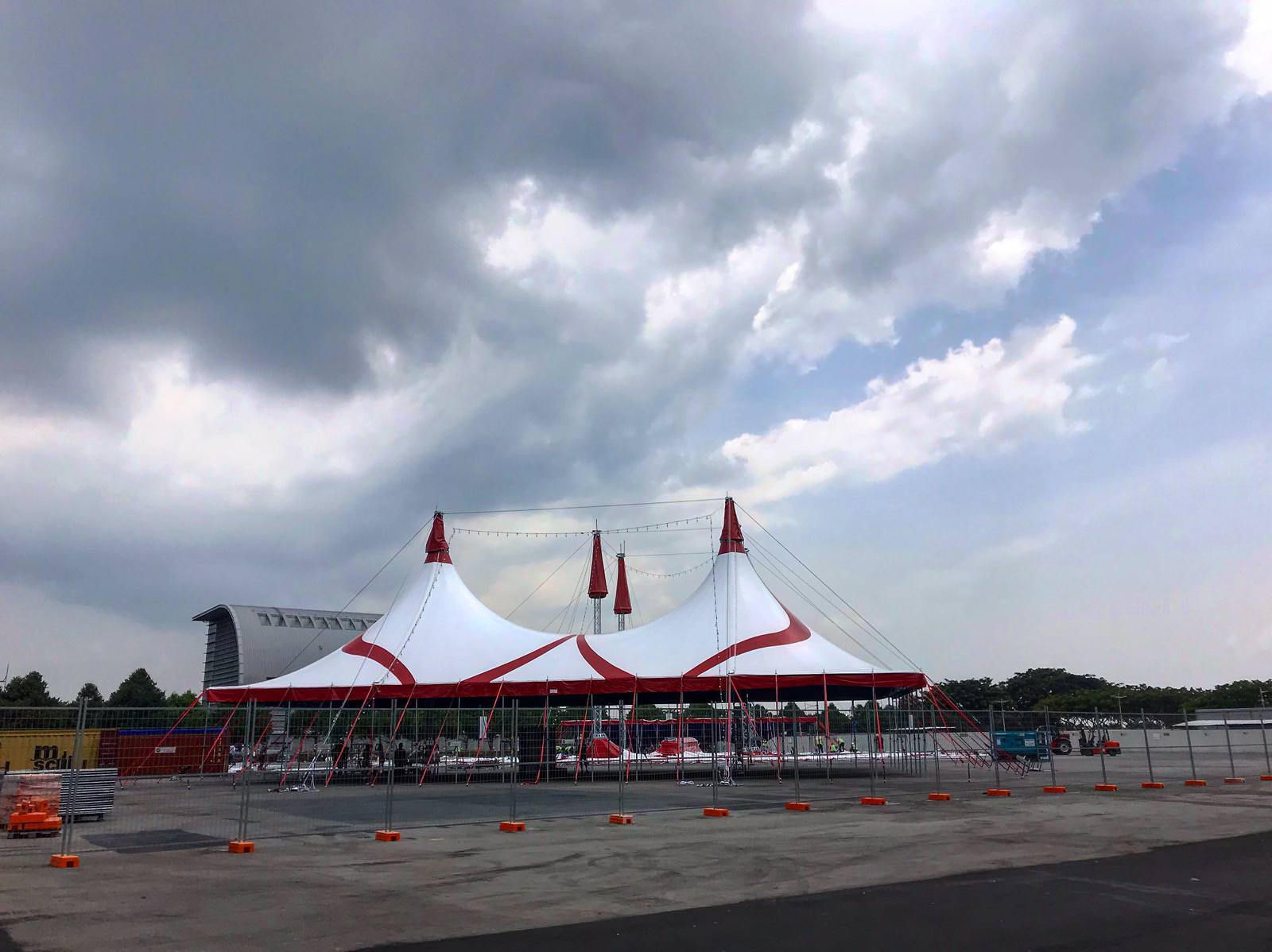 While performances will only begin on the 25th of October, the family of circus professionals has already set up at Bayfront Avenue as they rehearse, practise and publicise in the leadup to opening night – all under a spectacular, specially set up red and white (especially for Singapore) Big Top Tent! 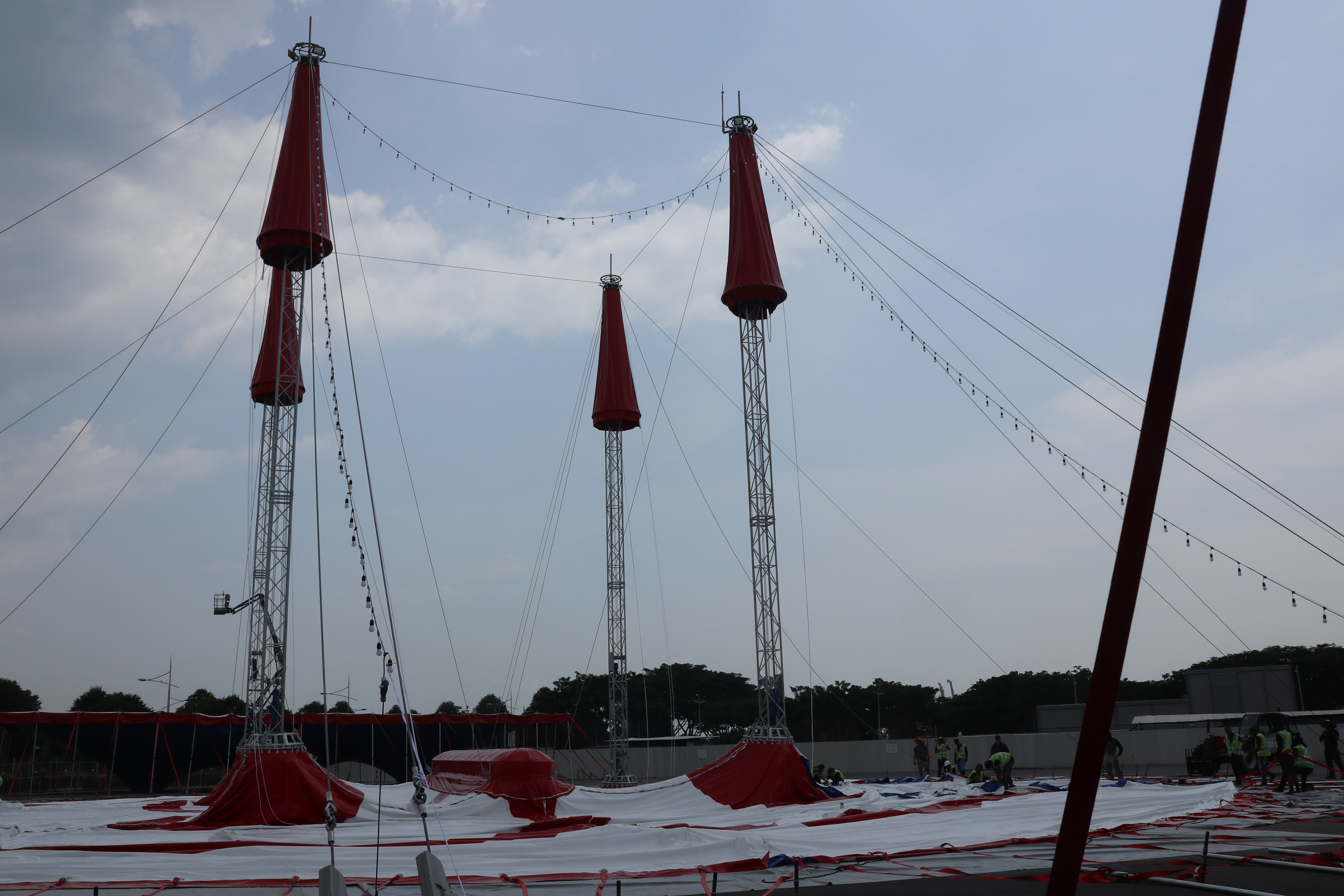 Led by 5th generation Italian tent maker Paolo Anceschi last Friday, members of the media watched as tent builder David was joined by a team of around 20 men and women, who hoisted more than 100 steel poles from the ground up to set up the iconic big top. 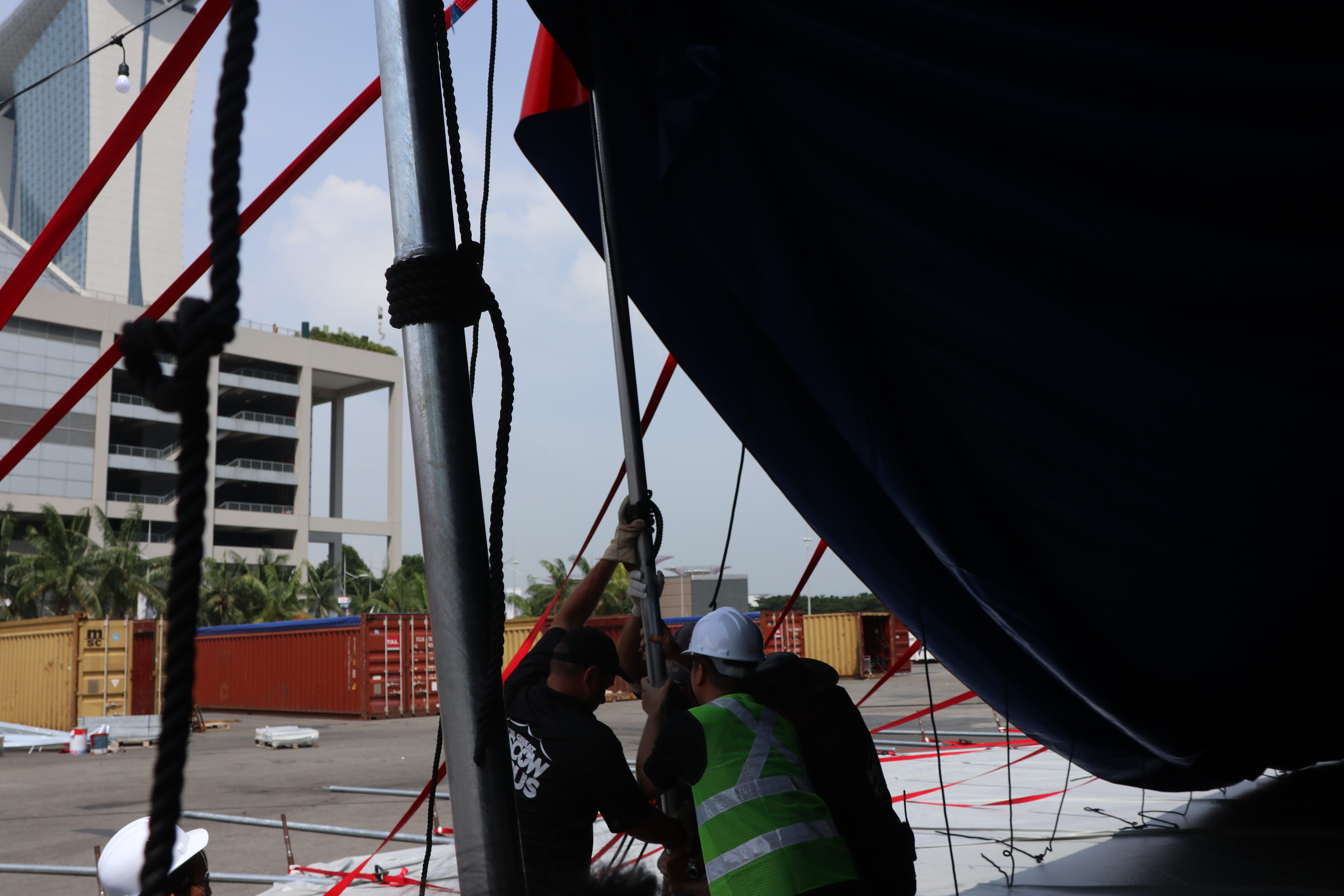 Created by leading Italian tent manufacturers Anceschi and Canobbio, the tentage took several months to build, and takes inspiration from the traditional Big Tops first introduced in the mid-19th century. Yet it’s a fantastically modern space, holding 1600 lights, the latest technology and sound systems, and of course in Singapore, the all important air-conditioning! 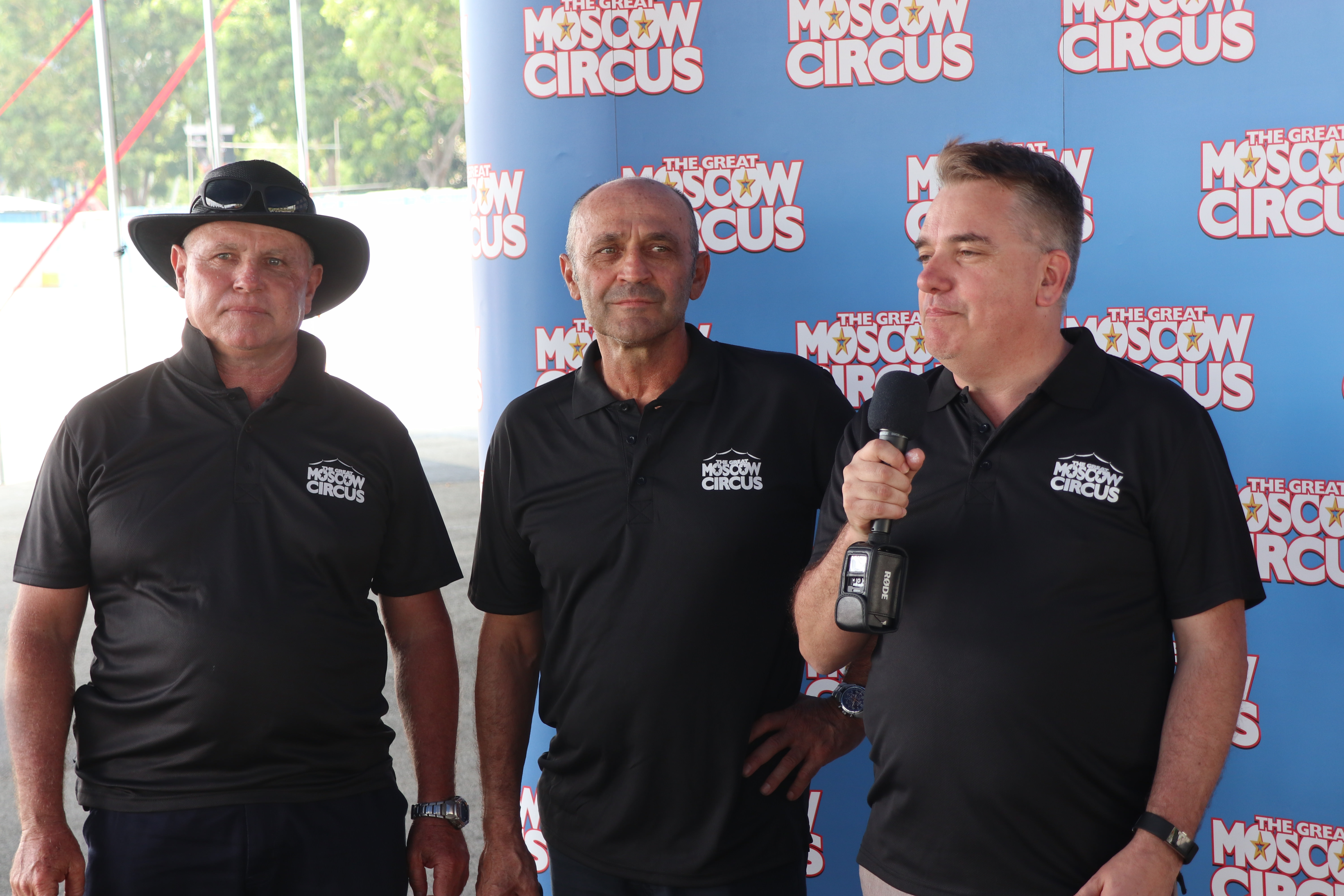 The impressive tent was set up specifically to give Singaporean audiences that unique , intimate European circus experience, stretching out with a 40m long circumference and containing a 10m centre ring, allowing for 1600 audience members to be seated within it. No audience member is ever more than 11 metres from the action, assuring that every seat gets a fantastic view of the show. 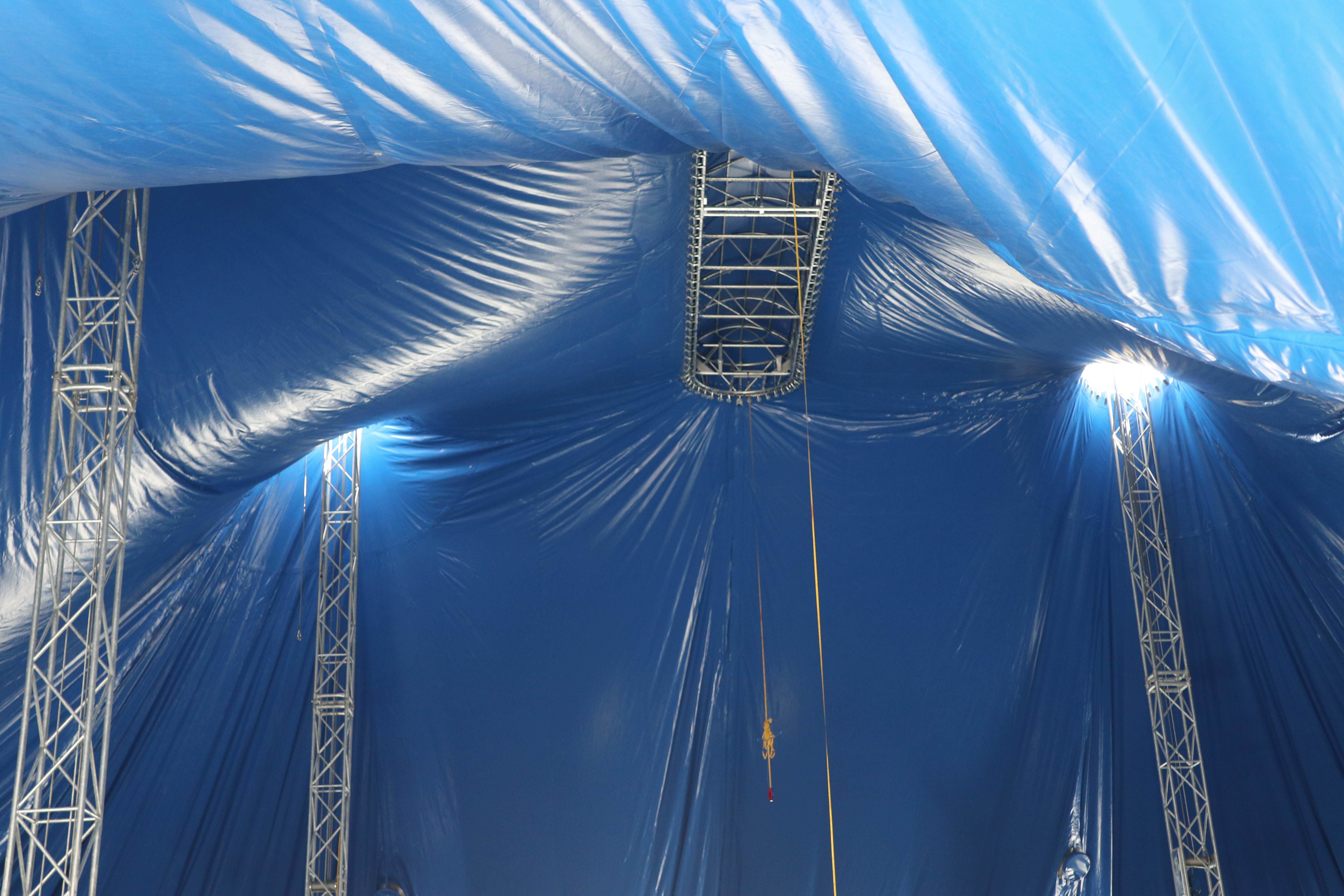 The approximately USD $1 million dollar Big Top was shipped over with over 100 tonnes of equipment, packed into 7 x 40ft containers moved by a fleet of 15 semi-trailers. Set-up requires the raising of 4 King Poles to anchor the tent, and more than 130 side poles and 250 tent pegs to fully secure the structure, not to mention over 5 kilometres of cables as part of the structure. At its fastest, it takes 3 whole days to assemble (but just 12 hours to pull down), inclusive of the Big Top, Foyer Tent and dressing room tent. 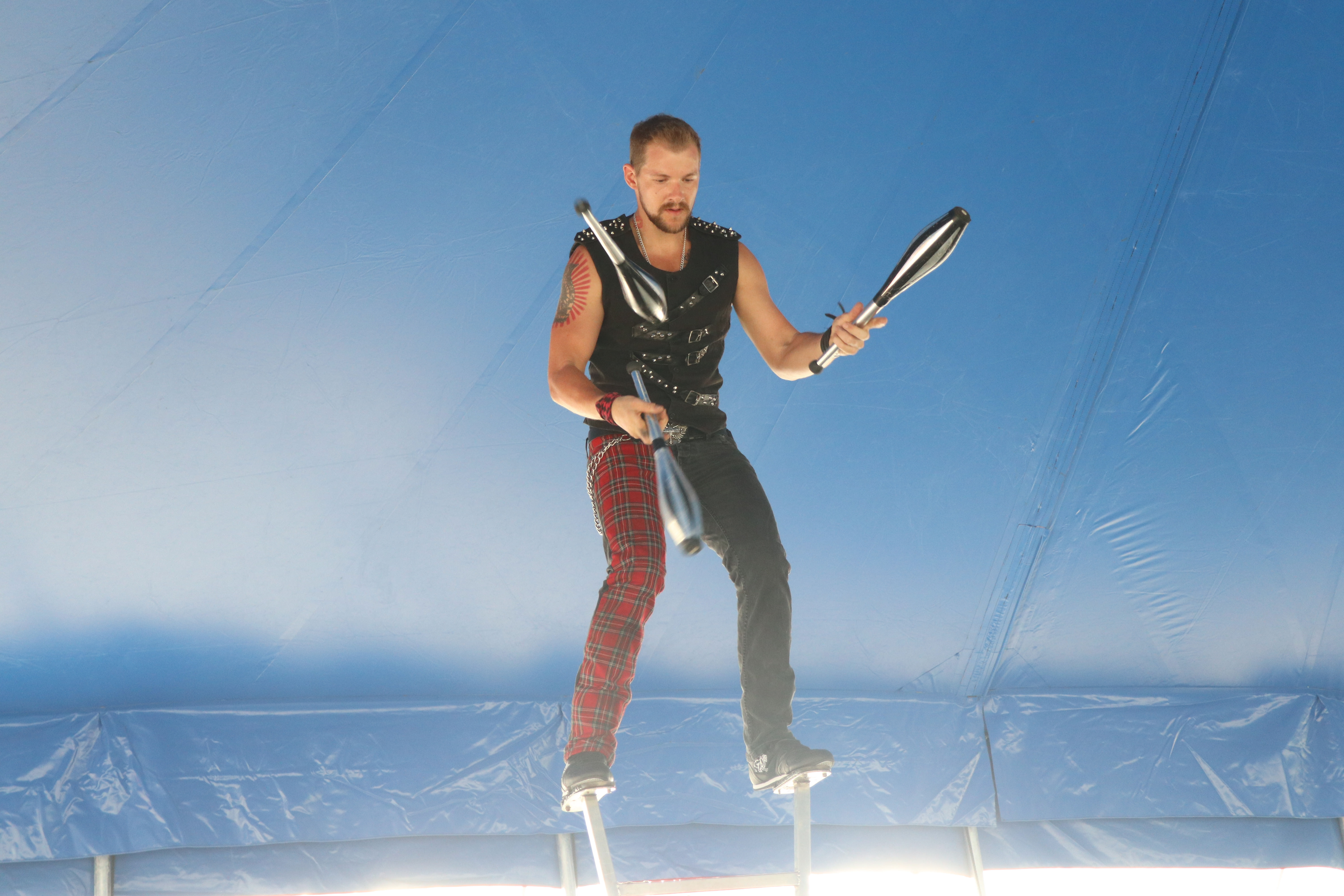 Opening to the public with their first show on 25th October 2018, the troupe of over 45 performers will feature a galaxy’s worth of circus superstars from Russia and all over the world, as The Great Moscow Circus brings together clowns and acrobats, daredevil motorcyclists and aerial stuntmen, dextrous jugglers and mystical illusionists, complete with a live circus band. 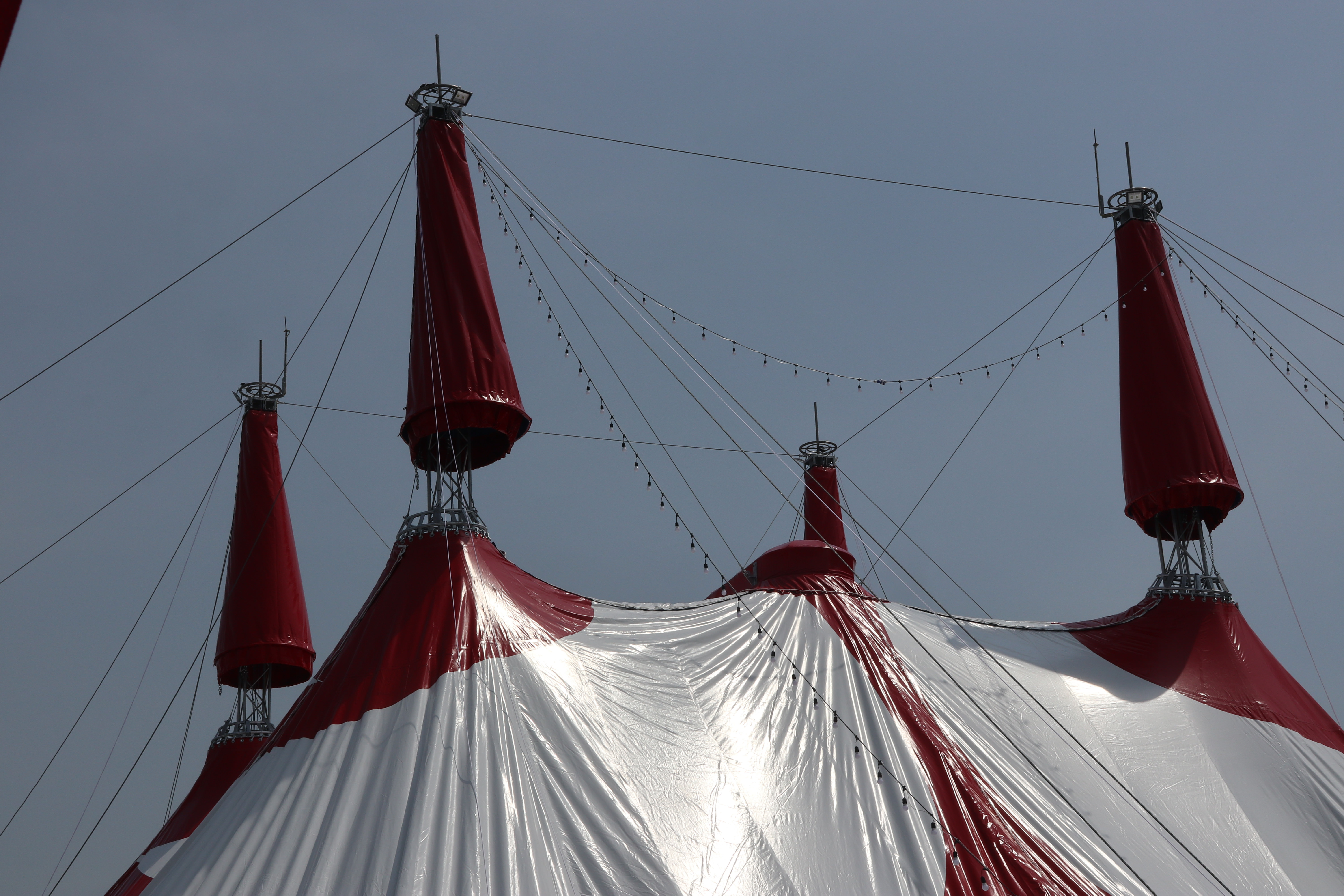 Is this set to be the greatest show on earth? There’s only one way to find out, as you head on down to the Big Top in the heart of the city with the whole family, and be wowed by one thrilling act after another, guaranteed to keep each and every audience member on the edge of their seats throughout.

CONTEST: A Great Night Out At The Great Moscow Circus

One lucky winner will win a pair of tickets to the Gala night with us and have dinner (black Tap) before as well!

Winners will be informed via email