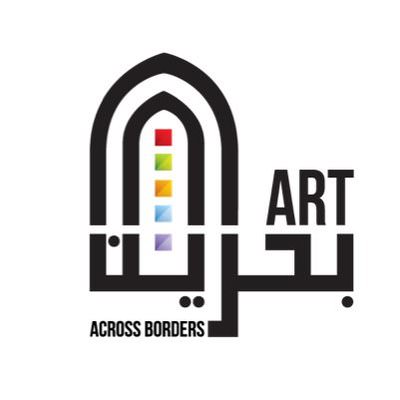 The Kingdom of Bahrain holds an enviable 5,000 year history. Naturally then, they’ve had plenty of time to grow their artistic landscape, evolving from the traditional to the contemporary and now equipped with a diverse range of distinctive styles across the board. But as with any ‘product’, it is key that the world becomes aware of Bahrain art and artists for them to become aware of it in the first place.

That’s where Art Bahrain Across Borders (ArtBAB) comes in, which makes its Singaporean debut in Southeast Asia next week. Founded by Kaneka Subberwal, the art show was created to introduce the world to the Kingdom’s art traditions in a country steeped in culture, art and heritage. Says Kaneka on her background: “I used to be a consultant on Asian art, and I ran an enterprise called Art Select to create a bridge between artists and collectors. Especially for first time buyers, there’s a lot of questions you would come with. ‘What do I do, where do I go?’ In 2008, I came to Bahrain, and continued to do art events to bring people together. That was the turning point for me; Bahrain was fascinating – there was a plethora of artists, and the people had so much knowledge and interests in the arts. After some time working there, I wanted to give back because there was so much want of knowledge, to learn about the form and what can be done with it.”

She continues: “I took a few years to learn about Bahrain art and art history, and I realised there was a gap between Bahrain and the global art market. There were maybe a hundred artistic forms and techniques across the Kingdom, and so many that remain unseen. So the first stage to bridge that gap is to create a public platform where we invite the global art community to come to Bahrain. That was the birth of Art Bahrain. With the first edition done in 2015, it was like we had planted a seed as we brought the world to Bahrain, and naturally, it evolved into a case where we wanted to take Bahrain across borders, and bring Bahrain art to the world instead. “

ArtBAB is organised by Kaneka’s company, Art Select, and is held under the patronage of Her Royal Highness Princess Sabeeka bint Ibrahim Al Khalifa, the wife of the King of Bahrain, as well as supported by Tamkeen, the government agency for change management and development of the Bahrain private sector. Curated by banker turned art consultant, Amrita Kilachand, and Kaneka, ArtBAB Singapore will feature a total of 18 artists, including artists Jamal Abdul Rahim and Faika Al Hasan, a veteran of the scene and a rising star respectively.

On their origins as artists, says Faika: “Art comes to me naturally, like a calling. Everything around me, I see as potential to be artistic, and these years, I just followed that calling and keep improving each time. I used to depict big figures, particularly focusing on the beauty of the female form, but I started shrinking down my figures. I was in a mall and looked around when I realised that all of us, we’re all so small. So these figures, they now travel with me, and I put them in aeroplane windows, on desserts and gardens, and let these small people tell the story for me.”

For ArtBAB, Faika has decided to showcase her signature mixed media style on canvas, often showcasing tens of hundreds of tiny figures roaming in anonymity, as she deconstructs the unknowability of life and humans relationships to the vastness of the universe. Says Faika, who this time explored her fascination using raw unbleached cotton used for the bedding in her childhood: “I’m comfortable with using raw material because it’s very old – people before us used them in my culture, like my great grandmother, and for me, it represents life itself, used in all kinds of things we find in the everyday. I thought about refugees who fled their countries and homes for various reasons, be it war or natural disasters, and how they carry memories in the materials they bring with them, and that gave me the idea to use the material in this way and put it onto my canvas. Perhaps in future, I’ll change up the colours and way I choose to use these works.”

As to how she sees presenting at ArtBAB as an asset, Faika adds: “Prior to Art Bahrain, I always exhibited my works by myself all over the world. When you get a little older, you begin to get tired of doing everything by yourself. It takes time to do all of the procedures and processes required for an exhibition, but with ArtBAB handling it, it really saves me time and effort so I can return to my studio and focus on my work. You know, a country without art does not provide beauty or culture, and art is precisely what defines a place and gives it personality, regardless of size, complexity or where you find it. Bahrain is just an island, yet it is full of art, and it’s always very encouraging to see this new generation fall in love and give a lot of attention to art. We’re lucky to be at the level we currently are.”

Jamal, on the other hand, is a self-taught artist, and has a slightly different dimension to his story, saying: “I was never built as an artist, and in fact, when I was younger, I worked on boats and ships, with a background as a fabricator and steelworker. I was also more of a reader, and read as much as I possibly could to learn all about different cultures and the world around me. But when I came to Bahrain in 1984, I went to an exhibition and my eyes told me something was wrong! Since then, I decided to teach myself how to draw faces and learn how to do art. The most important part of art is having a strong foundation, and for me, that comes from reading more about art and from practicing enough that you master the art of perspective.”

Says Jamal on his inspiration: “Bahrain has a very long history, and as an island, it has been home to so many different religions, each coming with their own mythologies. These are all rather inspiring for me and good material to base some of my art from.”

Says Jamal on the art scene today: “The thing about young artists these days is that everyone wants to be an artist, but many of them will end up getting lost. They need to gain perspective, and when you have ideas, you need to know the fundamental principles behind it to work up to it. I used to jump from doing printing to painting to sculpture, and I’m thinking now that a lot of hard work really goes into mastering a certain craft.”

“I come from one of the pioneer generations of contemporary artists in Bahrain,” he adds, “And I honestly believe that our artists all have very strong vision and skill. To have worked in Bahrain as an artist for the last 30 years, if you’re not good, you would have been long gone by now, and I always try to participate in my country. Some of my work exists in museums around the world, including the collection of the Asian Civilisations Museum in Singapore, and for me, all of this is a representation of my country, not just me, Jamal. Art is a language for everyone, and ArtBAB is our way of showcasing our art to the world, to gives others a chance to see the other and know what Bahrain is all about.”

Hesham Abdulrahim Sharif for instance, is a renowned artist, having received awards such as 2nd place at the Yusuf bin Ahmed Kanoo Art Competition, along with having participated in group shows in places as far flung as the Saatchi Gallery in London, while Linda Mattar is an architect by trade (and even hold s a Vice President position in one of Bahrain’s leading development companies) and uses acrylics and mixed media to achieve a strong physical appearance in her artworks focusing on natural geometry and her own personal spiritual beliefs.

On the curation process and this year’s theme of LEGACY, Kaneka explains: “When we launched our programme, one of our first buyers was a man from Spain who said “I didn’t expect such a versatile contemporary showcase of artworks!’, and that made me think about how we are not just physically bringing the art across borders; we are also bridging mental borders as well. Every year, our fair has a topic or subject we speak on that forms the basis of the fair. Last year for example, we tackled ‘education’, and this year, we wanted to go back to our roots in Bahrain art. I thought about how even if there were 50 artworks hanging in a gallery, all with different strokes and techniques, for anyone who knows about Bahrain or Bahrain art, there’s something that connects these artists – their integrity towards their roots. This is the key aspect of their legacy, and the one thing that binds their artwork as Bahrain.”

Kaneka continues: “Our focus will always remain on the artists, and we want to educate the world about Bahrain art. We’re going to do different forms, techniques, and incorporate how they are used in the world today. We’re also planning on introducing an artisanal element to the fair and focus on the craftwork of Bahrain. ArtBAB is very much a groundup, homegrown affair, by Bahrain for Bahrain.”

On why Singapore was chosen as ArtBAB’s port of call, Kaneka has an interesting personal story to go along with it,  saying: “The last time I came to Singapore was maybe 20 years ago, and from the drive to the airport alone, I was already fascinated by how perfect it all looked. I’ve seen galleries emerge out of Singapore, but I’ve never had the chance to visit any. And then one day, I was in London chasing an artwork, and then found out it was now located in a gallery in Singapore! Singapore is so different, yet there’s a connection with Bahrain in how there’s all this modern technology set against natural beauty, and I wanted to explore that.”

On the importance of maintaining ArtBAB and what she hopes visitors take away from it then, Kaneka concludes: “For an artist who begins the day conceiving his next collection, it is the communication of his effort and skill that goes into each work that is most important, and to get people to understand and appreciate that I think is the greatest hurdle we need to cross, and everything will take care of itself. I’m of the belief that if something is good and has the right thought process that goes into it, it’ll find its space somewhere, especially when communicated well. I hope Singapore sees this collection for what it is; they don’t necessarily have to like or connect with it, since that’s so subjective, but we want to get the message across that we are a country of artistic fulfilment. The world is flat, metaphorically speaking, and Art Bahrain aims to connect all these people into a single community.”