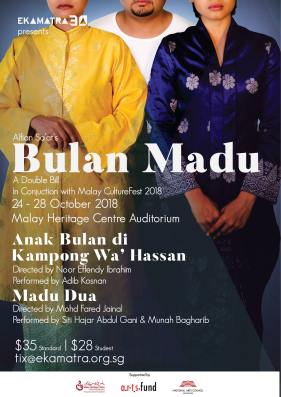 Teater Ekamatra celebrates their 30th anniversary this year, and the number of productions they’re putting up just doesn’t seem to stop. This October, as part of Malay CultureFest 2018, they’ll be putting up a double bill of two of playwright Alfian Sa’at’s Malay plays, both of which have received rave reviews when they played across Singapore and Malaysia.

Taking a word from the titles of both plays, Bulan Madu ends up translating literally into ‘honeymoon’, but these plays are anything but. Directed by Noor Effendy Ibrahim, in Anak Bulan di Kampong Wa’ Hassan, Adib Kosnan stars as the monodrama explores the last Malay kampung to fall victim to Singapore’s modernisation, as it discusses the true worth of a village and the many real-life characters that once inhabited it, and how much we lose when it is taken away. Meanwhile, in Madu Dua, Mohd Fared Jainal directs Siti Hajar Abdul Gani and Munah Bagharib, who star as a young woman and a not so young woman sharing a house, a kitchen, a pot, and above all, a husband. Issues of polygamy in Islam come to light as they discuss their frustrations and claustrophobia sharing what should be an individual’s space, exploring how one balances religion with self, and the complexity of the Malay/Muslim female psyche.

Performed in Malay with English surtitles, come watch Ekamatra as they re-present these quintessential plays, both still incredibly relevant today as they continue to discuss pertinent issues of loss, religion and above all, what it means to live. 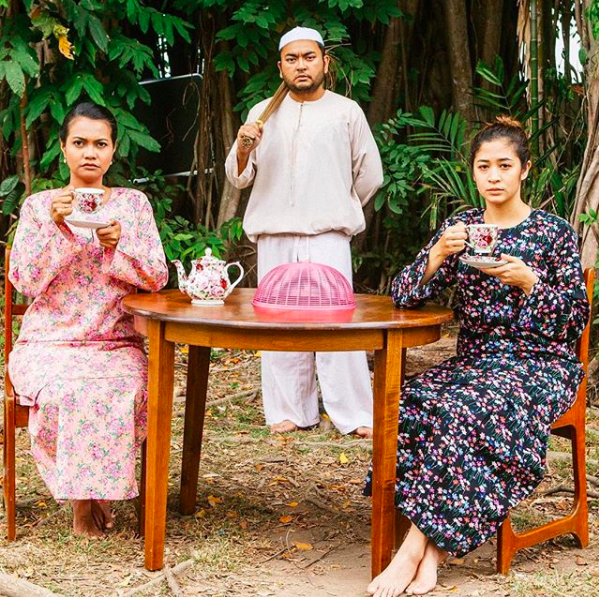