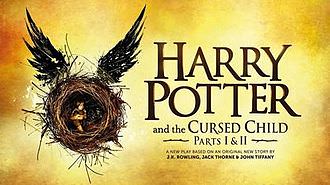 The international phenomenon proves perhaps magic truly does exist within the theatre.

LONDON – To the casual outsider, Harry Potter and the Cursed Child feels like an overrated play. After all, following seven (conclusive) books, eight movies (not including the Fantastic Beasts series) and one massive fandom, does J.K. Rowling’s Harry Potter franchise deserve yet another addition to the canon? The answer, surprisingly, is a resounding yes. With an original story conceived by director John Tiffany, playwright Jack Thorne and Rowling herself, along with running for almost six hours, the play feels almost novel-like in its length and its sprawling, multi-faceted storyline, epic in scale, vision and production. 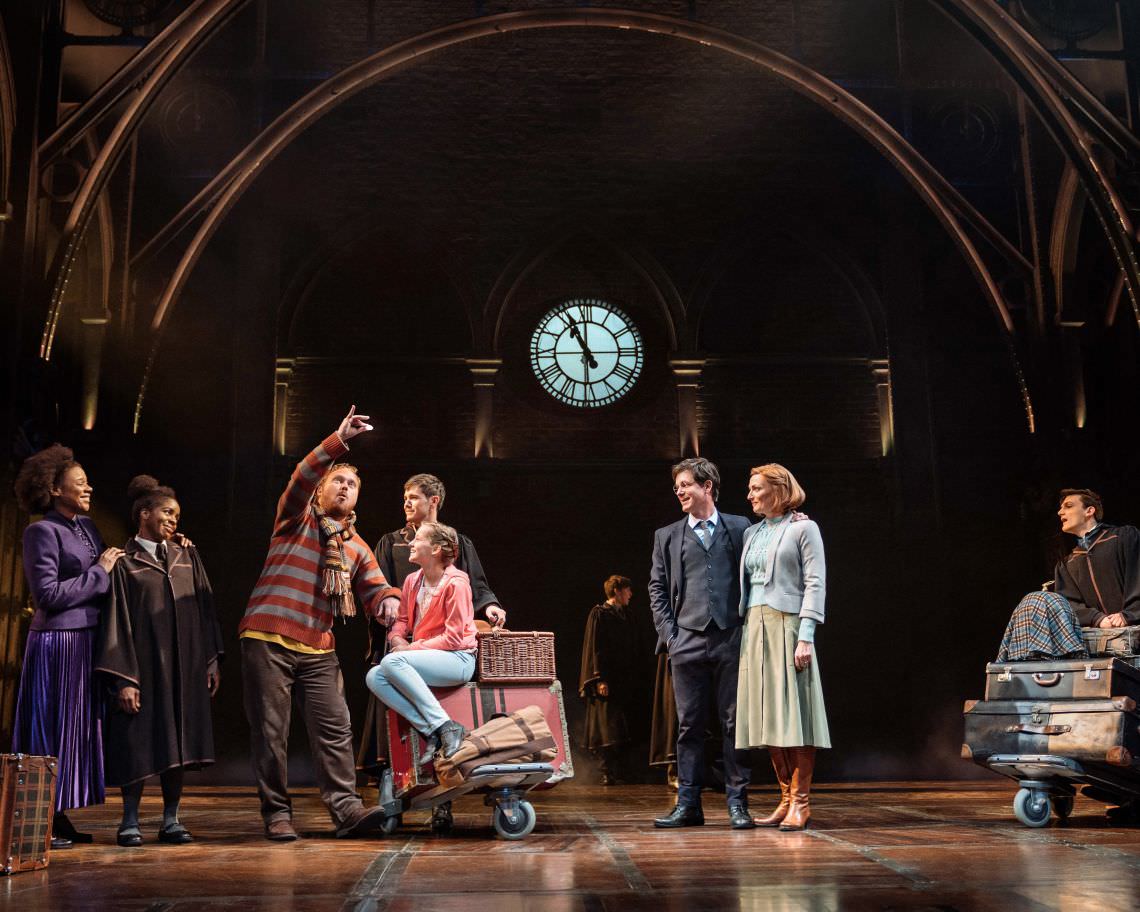 Harry Potter and the Cursed Child is set more than two decades after the defeat of Lord Voldemort, with the original trio of Harry, Hermione and Ron all grown up and having started families of their own. Initially, Cursed Child begins light-hearted, focusing on the next generation of wizards. Harry’s middle child Albus (Joe Idris-Roberts) serves as protagonist, a (horrors of horror) Slytherin, who forges an unlikely friendship with Harry’s arch-nemesis Draco Malfoy’s own offspring, Scorpius (Jonathan Case, charming us thoroughly with his performance). In the grand tradition of classic high school tropes, the two bond over their shared “loser-dom” at Hogwarts, and become fast friends, their relationship familiar and endearing to anyone who might have felt like a social outcast at school. 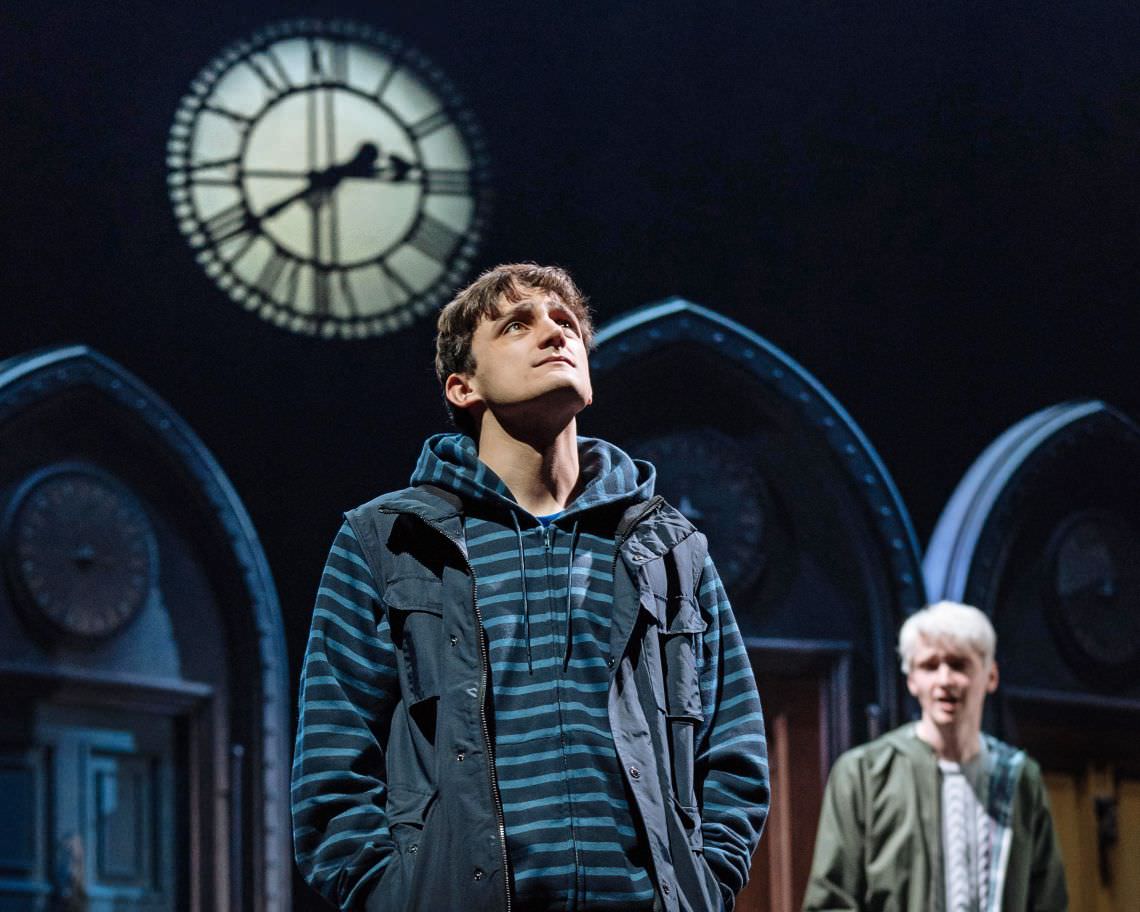 From here, Cursed Child presents itself as a bildungsroman, an adventure story of Albus and Scorpius literally racing against time to prove themselves worthy to their parents, an adventure that’s filled with plenty of fun throwbacks to the rest of the series, from the appearance of countless familiar faces, events and locations that fans of the series will no doubt be tickled by. Cursed Child, ostensibly, is a productions that fans will relish and lap up with each reference only strengthening and adding on to the already sprawling world that Rowling has created. But even non-fans of the series will find there’s plenty of joy to be had in watching these two social misfits scarper around the stage with the many secret tricks and all-encompassing set design, both boys perfect vessels for audience members to see themselves in as they rediscover and re-present this magical world live before one’s very eyes. 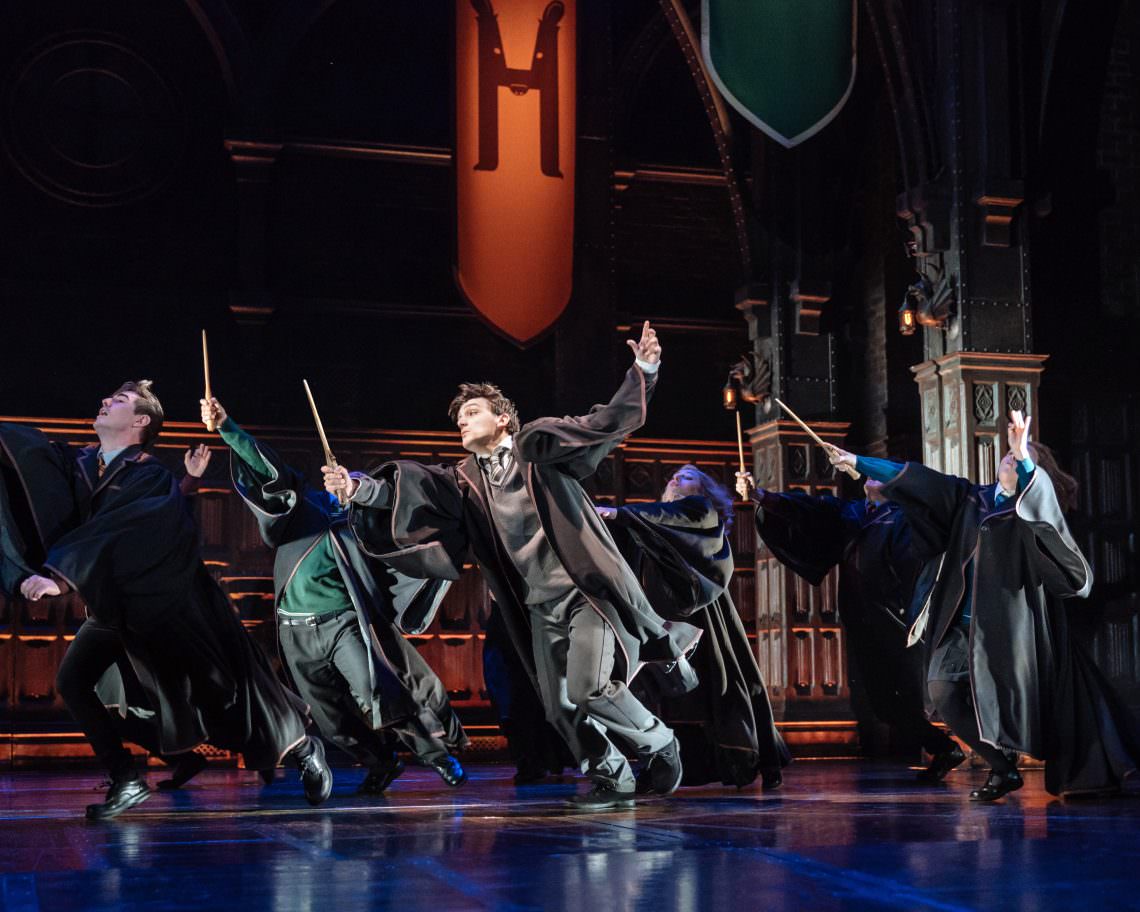 But as its name suggests, Cursed Child isn’t all fun and games, and quickly brings its dark undercurrent to the forefront, far closer in tone to the latter set of the books. Albus and Scorpius’ time-travelling shenanigans fast lead to altered histories and promise apocalyptic outcomes in parallel timelines, and the stakes are raised to world-ending levels. Cleverly, the play allows for the time travelling not only to act as an easy, one off gimmick, but an integral element to the plot that eventually manages to bring even Harry himself (Jamie Ballard) back into the action. With the Harry Potter name attached to the title, Harry eventually takes centrestage once again as he becomes beset by eldritch nightmares and his scar flaring into pain, prompting rumours that the Dark Lord has returned. 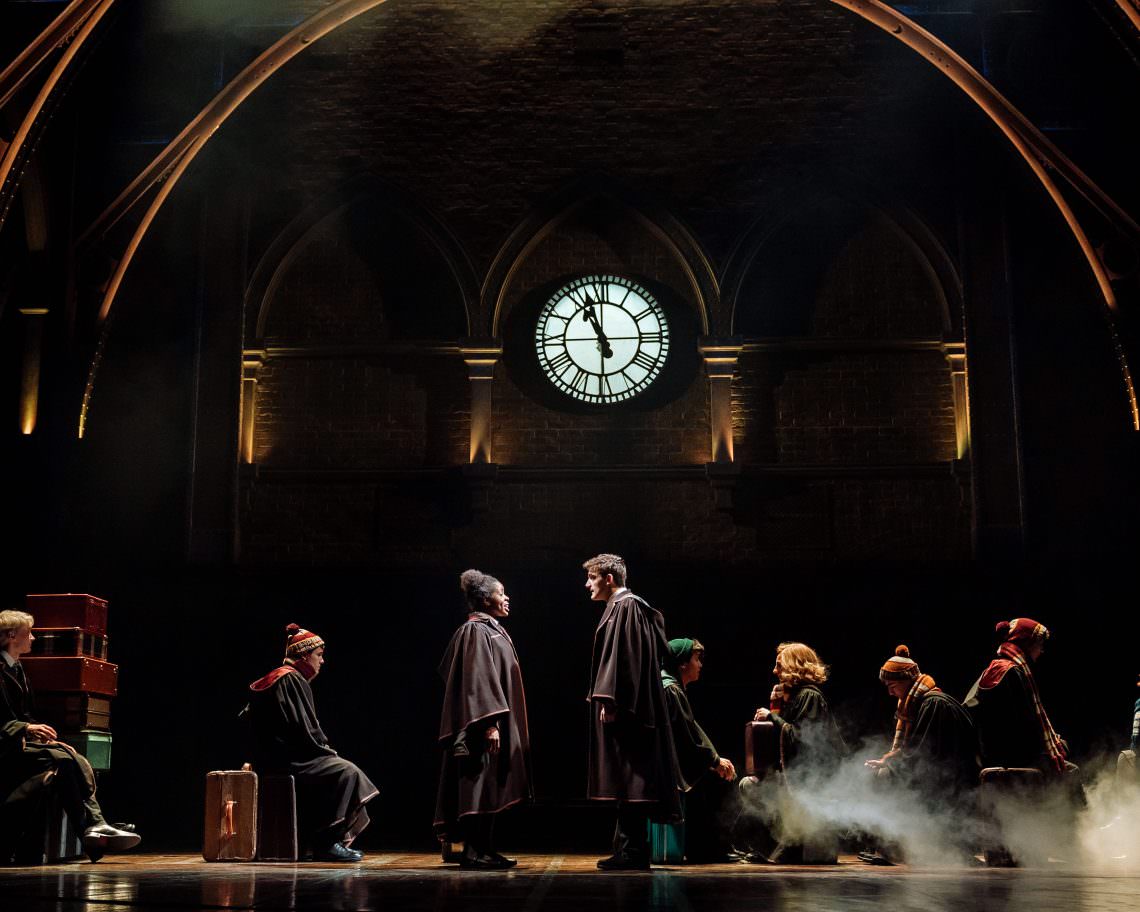 But what makes Cursed Child so much more than an easy cash grab is the fact that the team behind it have taken so much effort to craft a story that isn’t just exciting to watch, but one that pulls at the heartstrings and uses the original Harry Potter mythos and fandom as a vehicle to make a salient point about parenthood and family. Harry’s biggest enemy isn’t the Dark Lord – it’s the challenge he faces in being a good father to Albus, in light of the fact that he himself grew up abused and with no models of his own to go by. 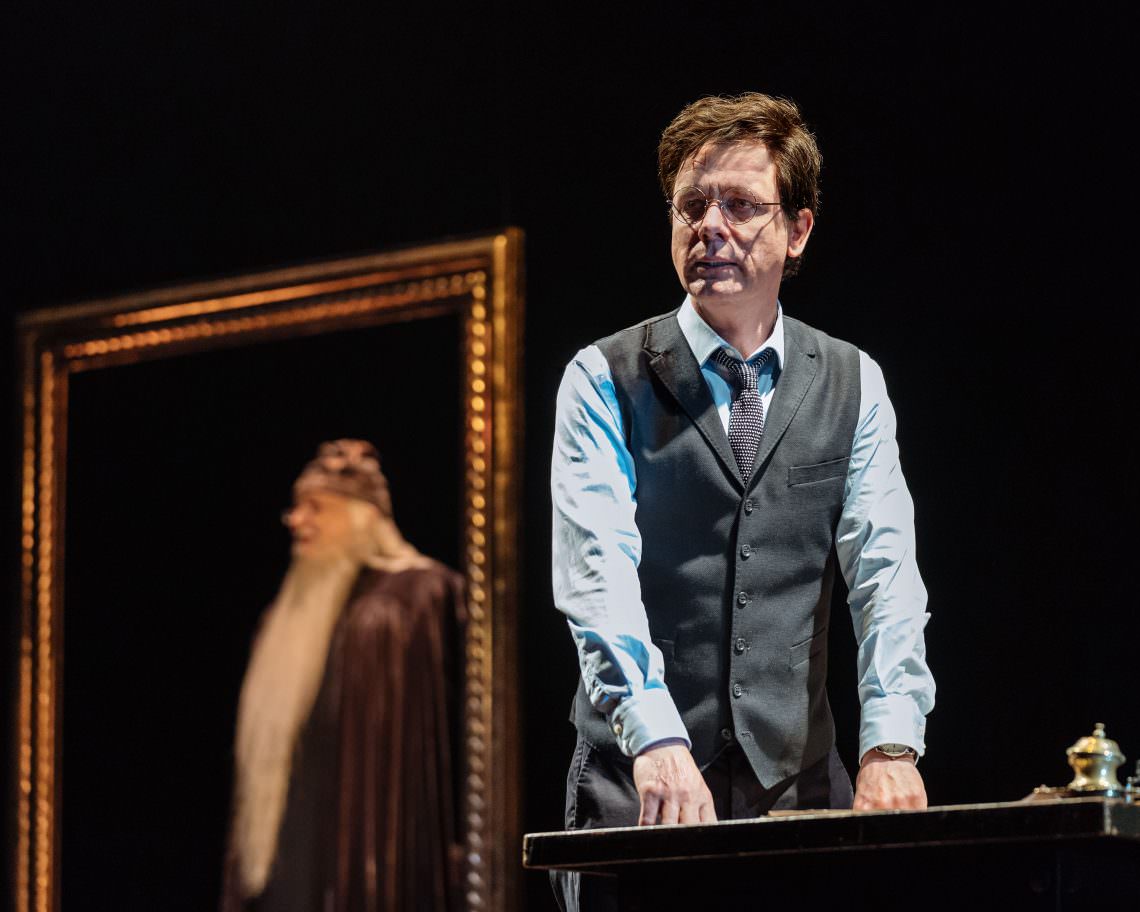 Therein lies the crux of what makes Cursed Child such a powerful play – Thorne’s script effectively harnesses what could have come off as a hackneyed issue and transforms it into a universally relatable theme, that of the relationship between parents and children. Harry as a father makes for an especially sharp exploration of the theme, as Albus struggles with living up to the legendary Potter name (and his namesake), making for stirring conflict between the two. But what is especially surprising is how Harry’s own unresolved relationship with his deceased parents is used to give the entire play an all-consuming wrecking ball of a finish that pays off the lengthy build-up. One is left reeling from the emotional gutpunch of an ending that plays on Harry’s own history and is perhaps, the most overt address of the likely mental scars that Harry continues to bear into his adulthood that make for gripping, urgent theatre relevant to all. 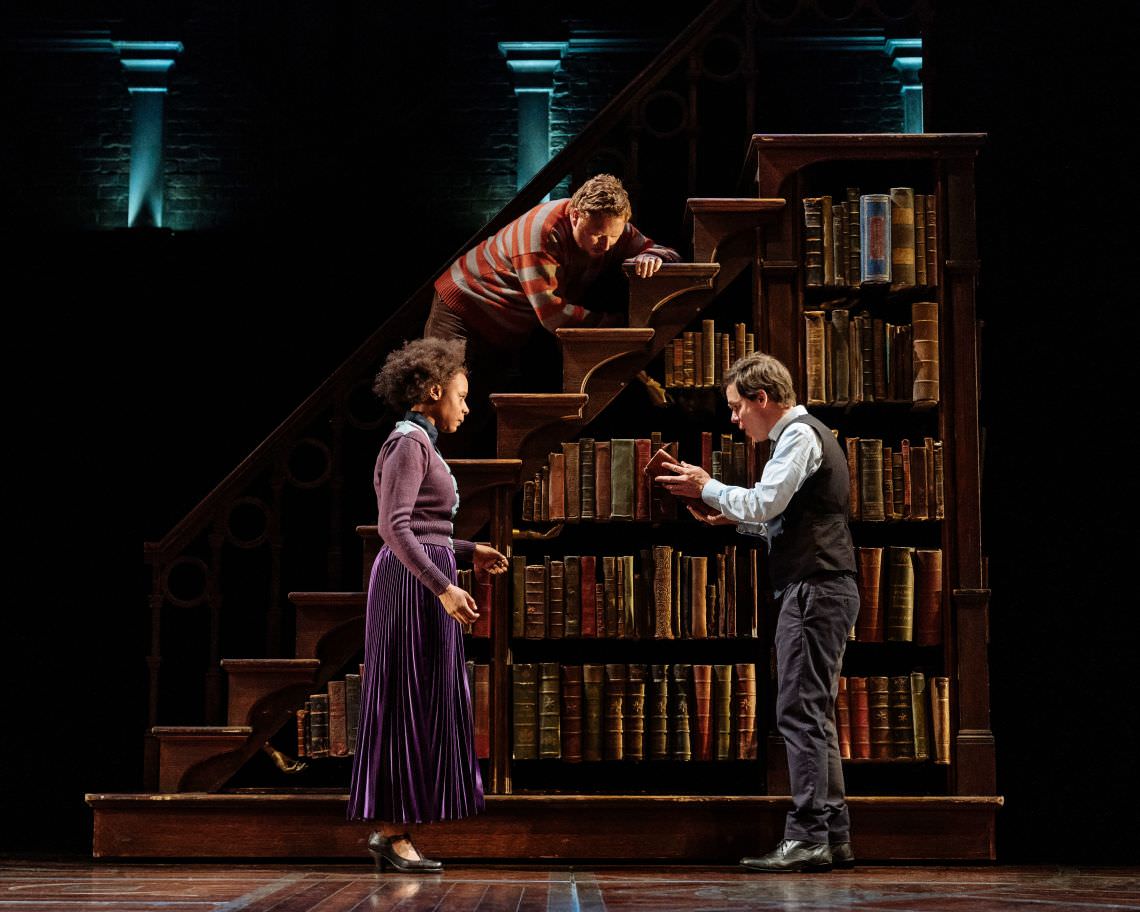 At 6 hours long, there certainly are moments where the script could do with a little trimming, but Harry Potter and the Cursed Child, being such a spectacle of a play, ensures that every moment here is a visual treat. Magic is the only word that can sufficiently sum up the sheer ingenuity of the stunning production design. From smoke coming out of a wizard’s ears to quick changes and trapdoor effects that will leave one scratching one’s head at how they managed to do it, Christine Jones’ set, Katrina Lindsay’s costumes, Neil Austin’s lighting and Jamie Harrison’s illusions come together and deliver countless surprises in every scene. 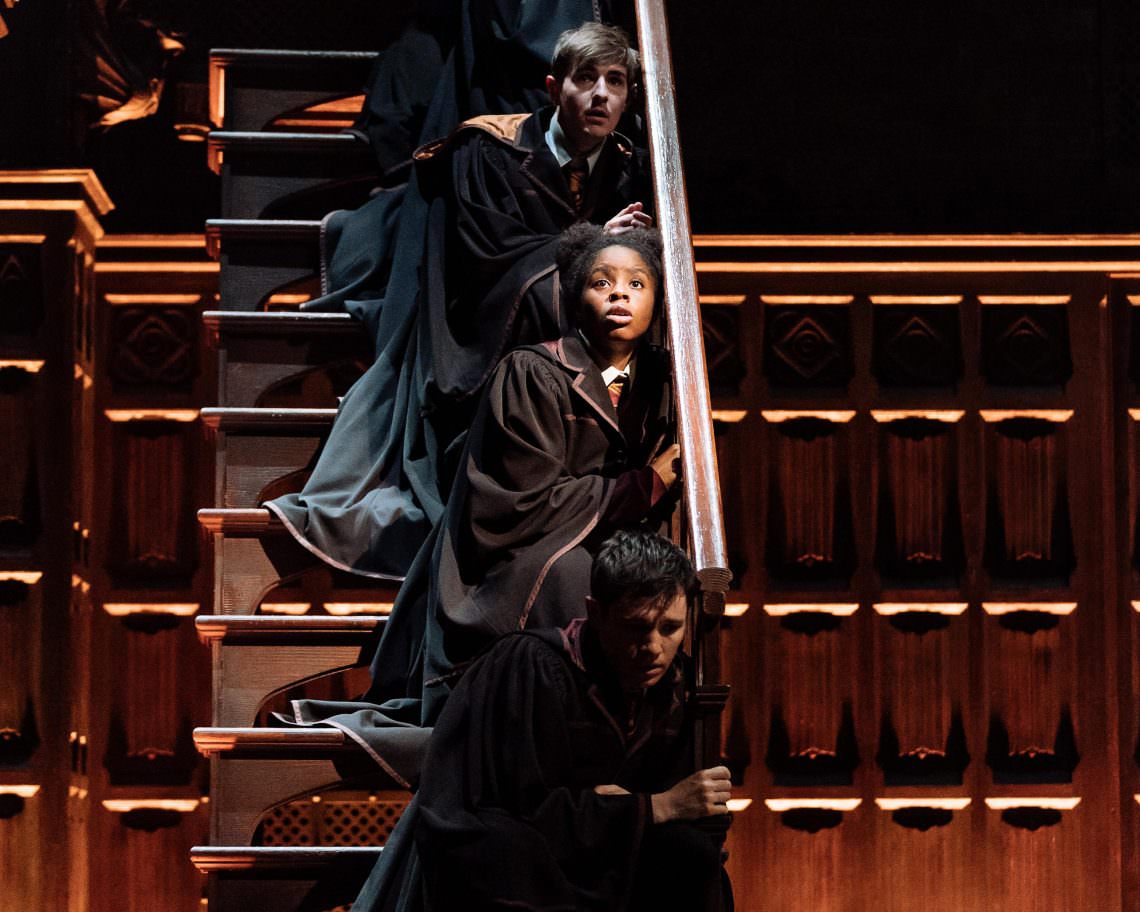 Audience members’ eyes are sure to be constantly locked square onto the action to see how this production might impress us next (look out for stunning illusions and tech that makes use of the entire theatre, providing delight and wonder to even this seasoned theatre-goer). Imogen Heap’s soundtrack is pure sorcery, comprising rearrangements of tracks from her 2005 album Speak For Yourself amongst other original tracks, is a perfect fit for the Potter-verse, as the haunting tunes linger in the air long after each scene, each track filled with mystique and an aching longing that pierces the soul, bringing out the wizardry and emotion that every scene promises. 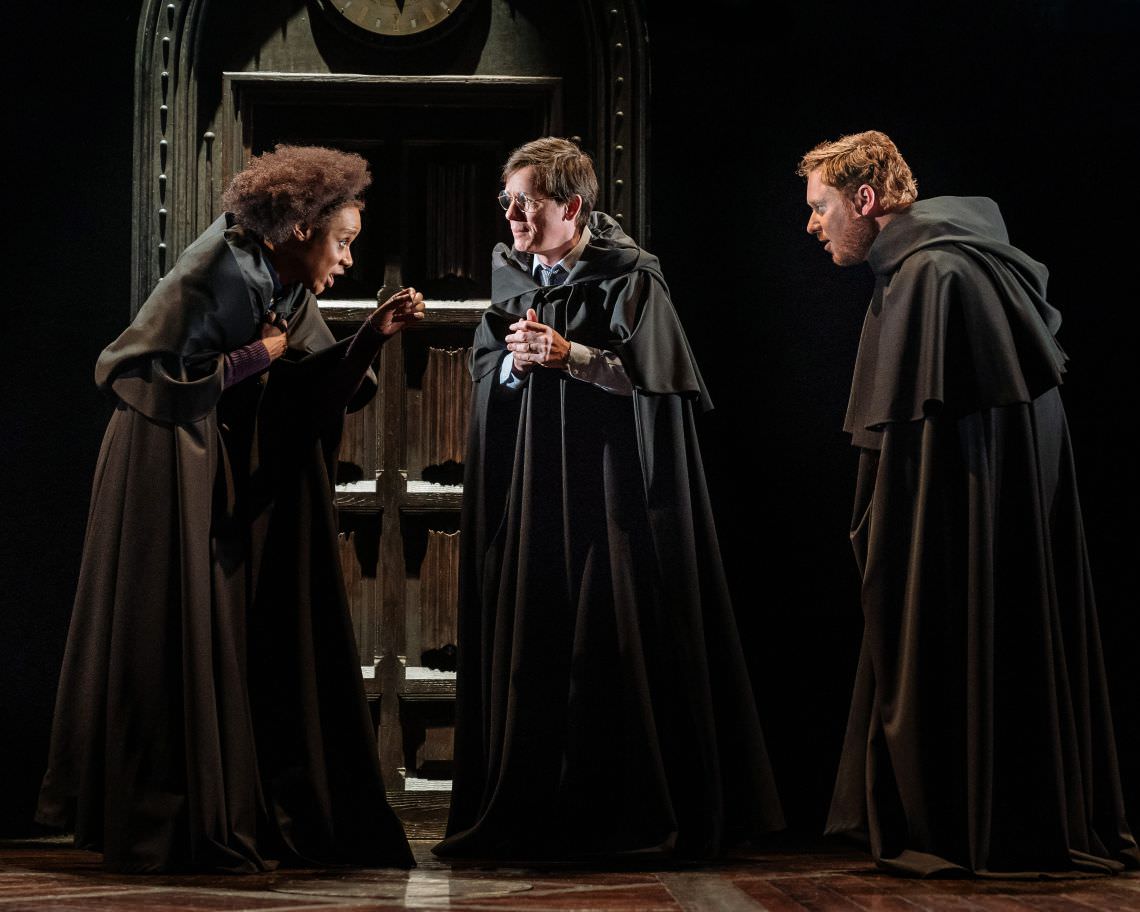 As a person who’s followed the franchise from beginning to end, Harry Potter and the Cursed Child initially appeared extraneous after what seemed to be a conclusive end with the seventh book. But these are characters and a world dear not only to readers, but Rowling and the entire creative team as well. One is left impressed at how even in adulthood, new, poignant stories have been eked out without compromising on the integrity and spirit of the original story. There truly is something to be said about experiencing Harry Potter and the Cursed Child as well – there is almost the palpable buzz of excitement in the air as audience members visibly indulge in every morsel the play offers, discussing and speaking to each other during the intermissions, and little gasps during the moments of surprise, swearing secrecy not to divulge the play’s secrets after its over. 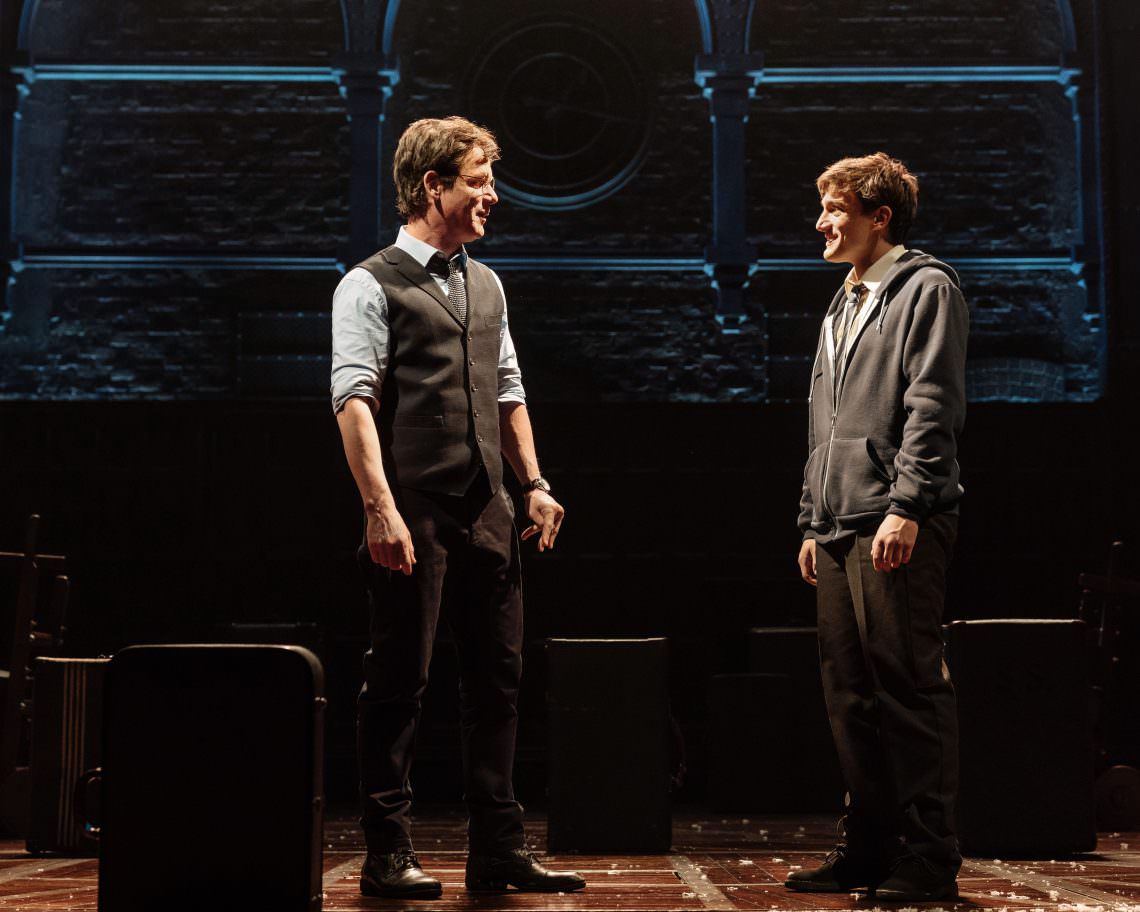 In many ways, as a stage play, Harry Potter and the Cursed Child exceeds expectations completely by bringing the magic of the series to life without the aid of CGI or special effects of the films, using pure theatrical planning and supported by a capable cast able to bring out the heights of joy and plumb the depths of these fictitious characters’ deep-seated issues, all while delivering a fantastic adventure that will keep one on the edge of your seat throughout.

Backed by what is almost certainly the biggest franchise to have emerged from the UK, Harry Potter and the Cursed Child goes beyond a simple play to become a theatrical event to be savoured, to watch one’s favourite characters come to life onstage and to well and truly let the magic unfold. Deserving of every bit of hype it’s received, this is a monster of a play that demands to be experienced to fully understand what makes critics and audiences rave about it as much as they do, and a triumph of storytelling, regardless of fans and franchise, that will stay with you long after you leave the theatre.

Harry Potter and the Cursed Child plays at the Palace Theatre, London. For tickets and more information, visit their website here

0 comments on “In London’s West End 2018: Harry Potter and the Cursed Child at the Palace Theatre (Review)”