Based off Roald Dahl’s beloved children’s novel of the same name, Matilda the Musical has finally made its Singapore premiere, and is set to stun audiences for the month it plays at the Sands Theatre at Marina Bay Sands with its timeless tale of a misfit schoolgirl standing up for what’s right, and discovering she has a few secrets of her own.

At the media call, we got a chance to sit and talk to some of the cast members before we caught the show, treated to a couple of rousing numbers before the interviews commenced. Of course, the most important role in Matilda the Musical is the title one, and in this production, Matilda will be played by not one but four very talented young female actresses across the run.

Besides Lilla Fleischmann, Morgan Santo and Kitty Harris, who have been on this touring production since the beginning, a fourth, Singaporean Matilda was specially introduced for this run, namely Sofia Poston, selected after being talent spotted during her role in Evita. On having snagged the covetted role, Sofia replies: “Matilda the Musical is my dream come true – my grandfather met Roald Dahl and they were good friends, and when I listened to him read Matilda to me when I was 4, i instantly fell in love with the story.”

On how she her start in theatre, Sofia adds: “I was in Spain when I was younger, and my parents put my sister and I in this acting programme to boost my confidence. On the first day, I was absent, and they were looking for people to cast in Cinderella. My sister told them I’d be a great ugly stepsister. Somehow from there, I ended up joining productions such as Evita, and here I am now with all these other lovely Matildas.” 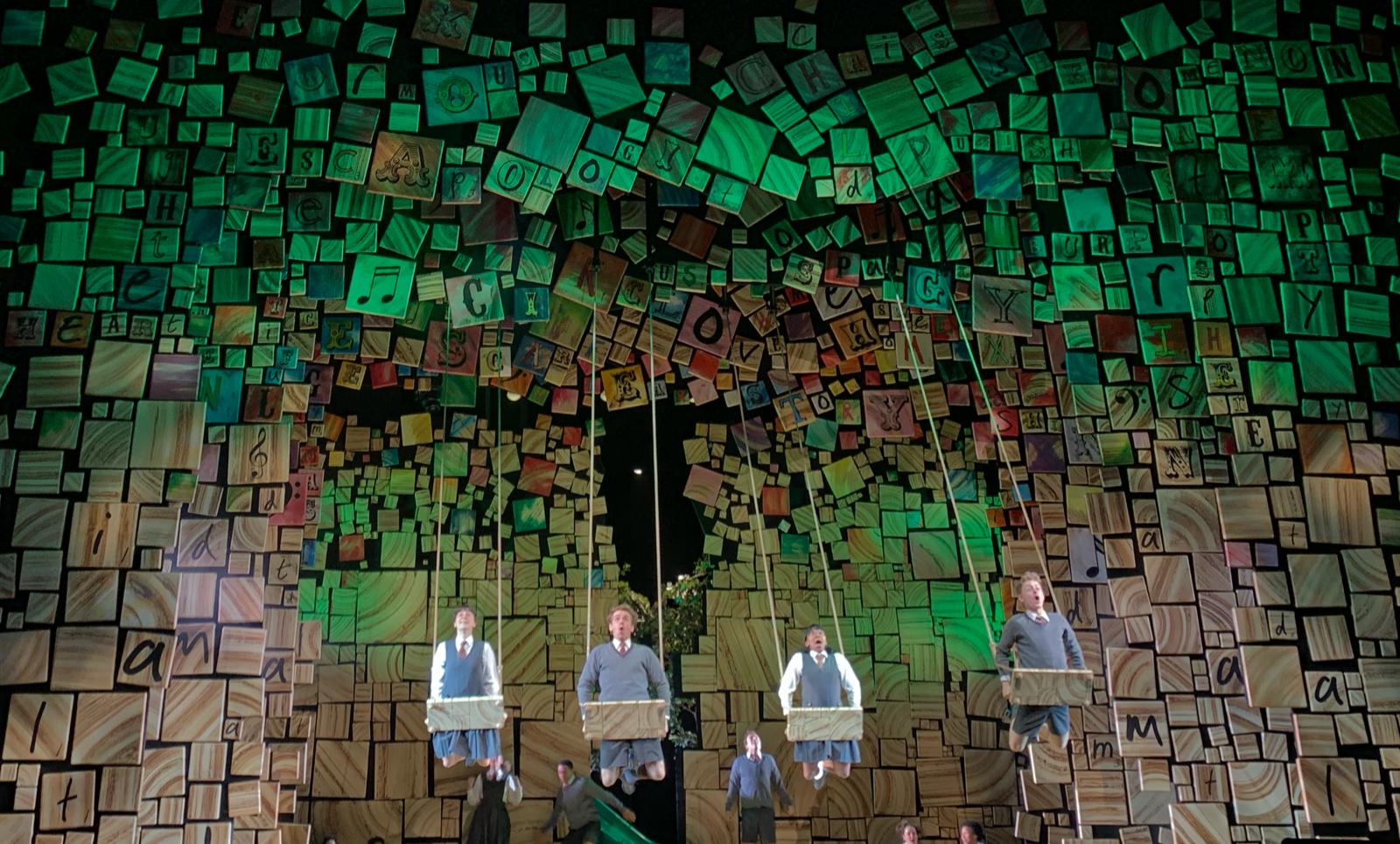 The other girls recount similar experiences growing up, with Lilla having had drama lessons since the age of 10, Morgan having been in her first school play at age 6, and being particularly inspired when she saw shows on the West End, while the spunky Kitty recalls having put on performances with her older sister for their family and friends when she was younger. 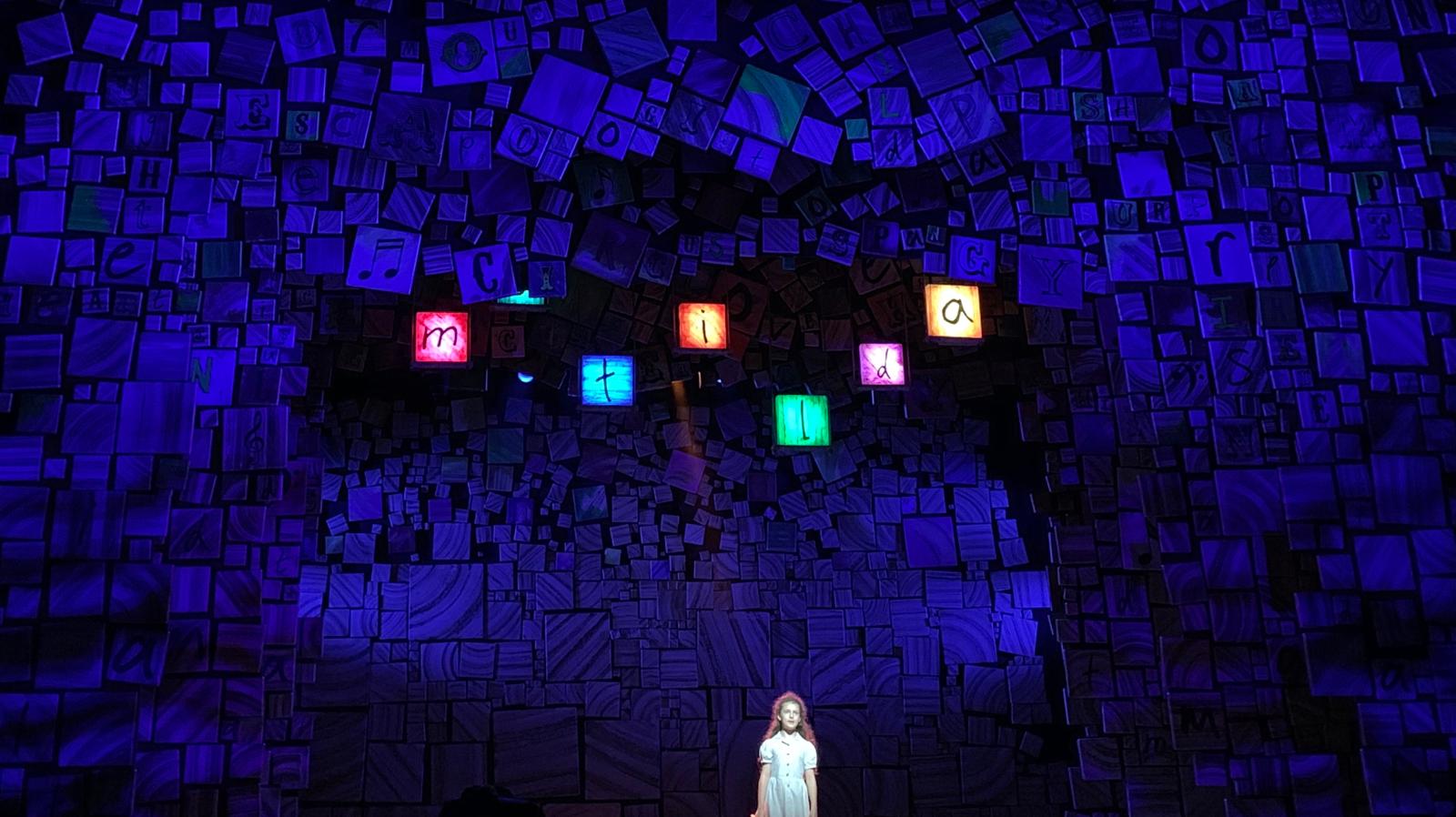 On how similar they are to Matilda, Sofia attributes her shared love of reading with the character, while Lilla and Morgan believe that they both share Matilda’s spirit of justice, standing up for others when they need it and showing their compassion. Kitty, on the other hand, gives a particularly ‘naughty’ answer, saying: “I love to have my revenge. If my mum’s mad, I’ll steal her cellphone and hide under the bed!” Upon hearing this, the other girls nod in agreement, and we know never to cross Kitty’s path, ever.

As young cast members on tour, the demands for them seem even greater than that of an adult sometimes, especially considering they perform the main role, with the entire show revolving around them. Says Lilla: “There’s a lot of pressure on us to make sure the show goes well. That’s our job after all, and it’s interesting how we’re doing what adults do, and we’re learning these good lessons on how to cope with the economics of theatre.” 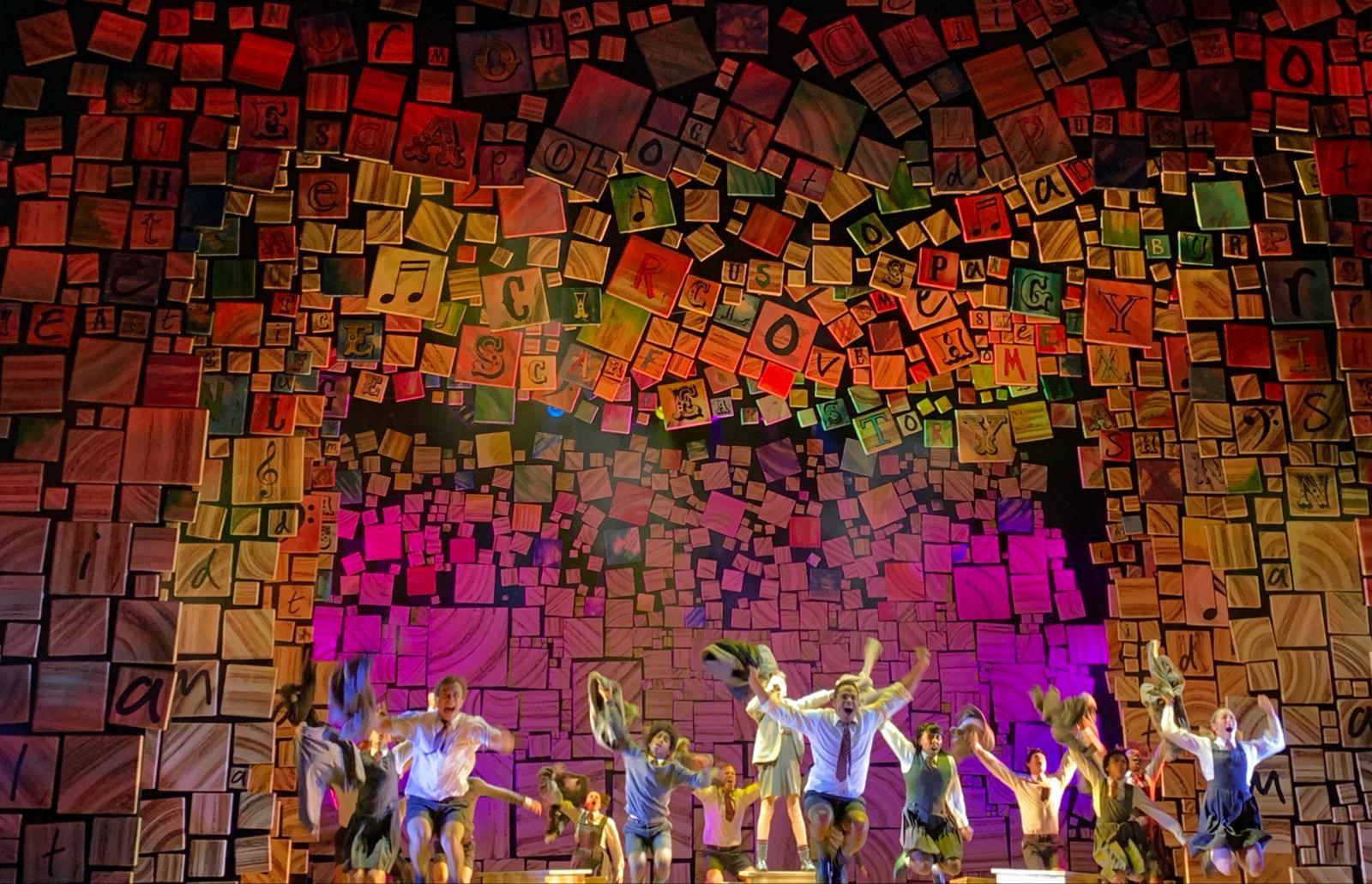 Morgan and Kitty both agree that their biggest challenge of all is how much they miss their families and friends back home for the months that they’ve been on tour. Even so, they display a show of strength, surprisingly mature as they take on a professional attitude, stating that with practice, they’re more or less able to manage. As for Sofia, she says: “One of my big fears is making a mistake during a run, and I put a lot of pressure on myself to do things perfectly. It’s been hard on me catching up on school work, especially when I’m sent to Cape Town to rehearse, where I miss literally everything at school. Thankfully, I have a helpful teacher to take me aside to really go through all I’ve missed.” 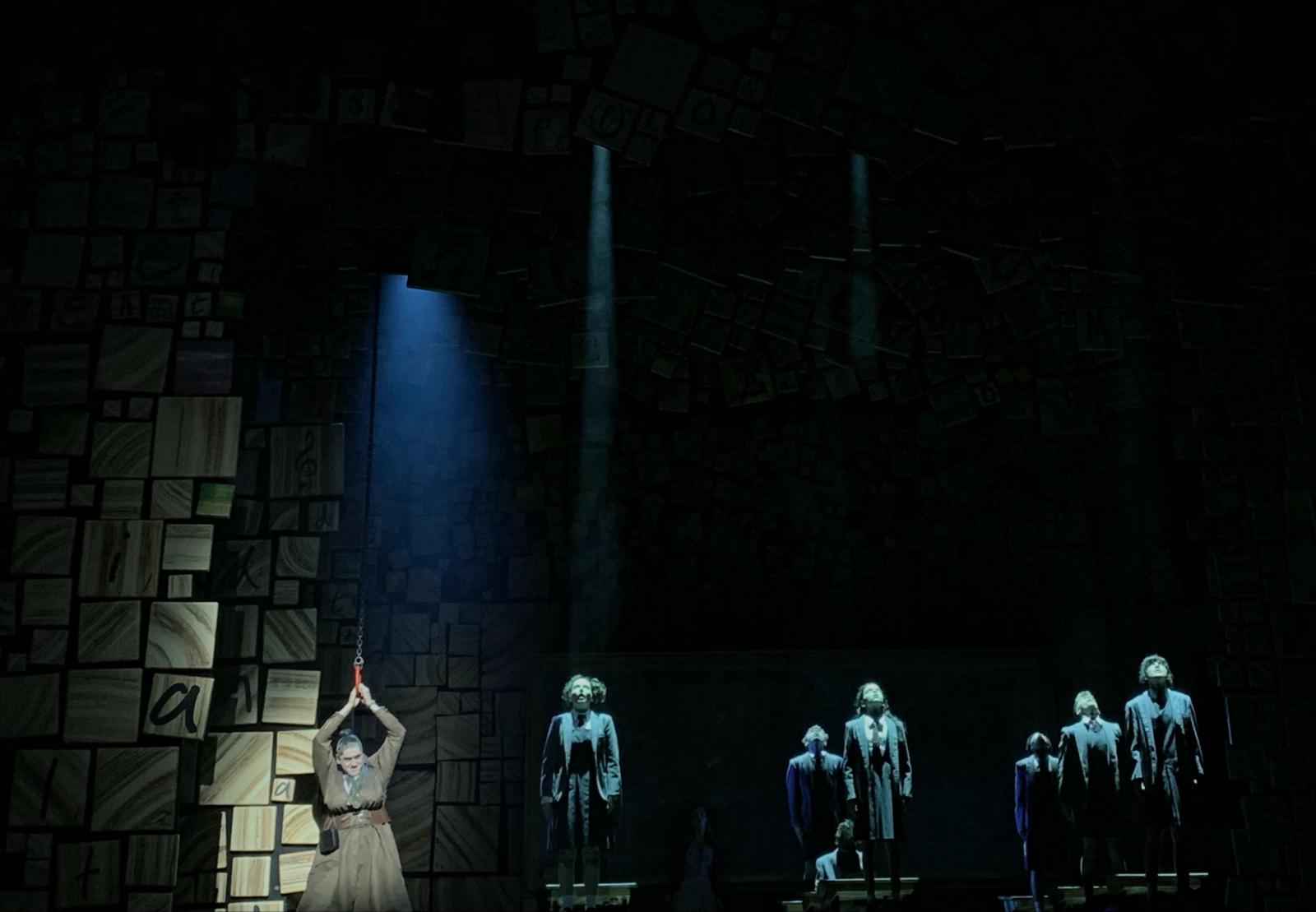 As for whether or not they’ll be carrying on in the theatre industry, Kitty and Sofia are confident of carrying on with their acting careers, possibly even going on to star in films, while Lilla states: “I loved being able to have met so many wonderful people. It may not be my future career, but it will always have a special place in my heart.” Similarly, Morgan explains: “I might delve into other areas of acting, but I’ve also got an interest in biology and animals – maybe I’ll be a vet one day and specialise in treating all kins of animals” 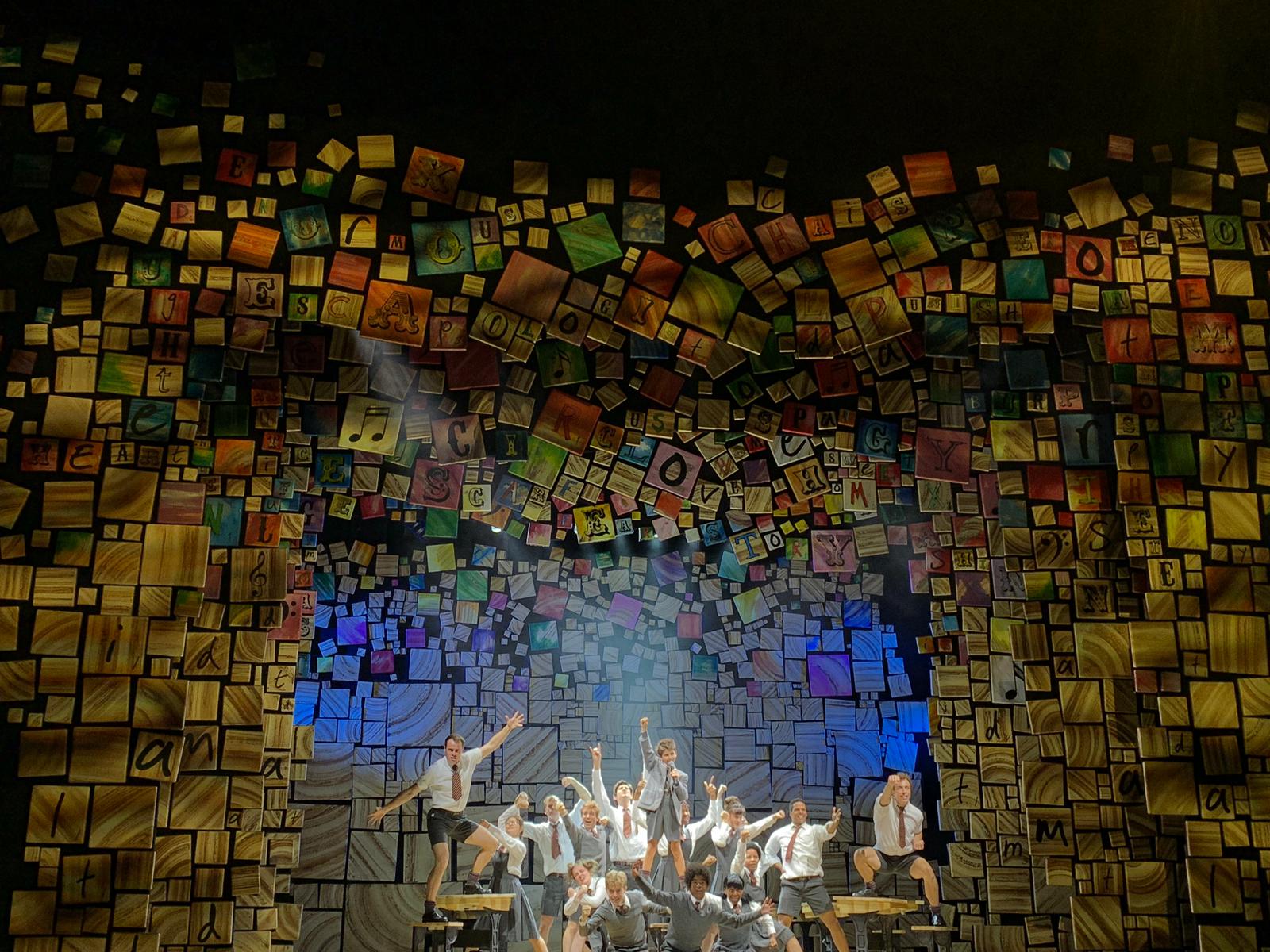 It’s not just the Matildas that make the show though – Matilda the Musical is buoyed by a very capable supporting cast of adults, including Ryan de Villiers as headmistress Miss Trunchbull, Bethany Dickson as teacher Miss Honey (last seen in Singapore in Singin’ in the Rain) and Nompumelelo Mayiyane as Mrs Phelps, the librarian at Matilda’s school. For Ryan, Matilda the Musical marked his theatrical debut, and he’s done a remarkable job of completely embodying the role. Says Ryan: “I always wanted to try doing musical theatre when I was younger, and seeing the audition call for Matilda the Musical, I thought there was nothing to lose. I was open to doing anything, and I was ecstatic when I got the role. Sometimes, I think the role chose me, and not vice versa, considering I didn’t even audition for Miss Trunchbull!” 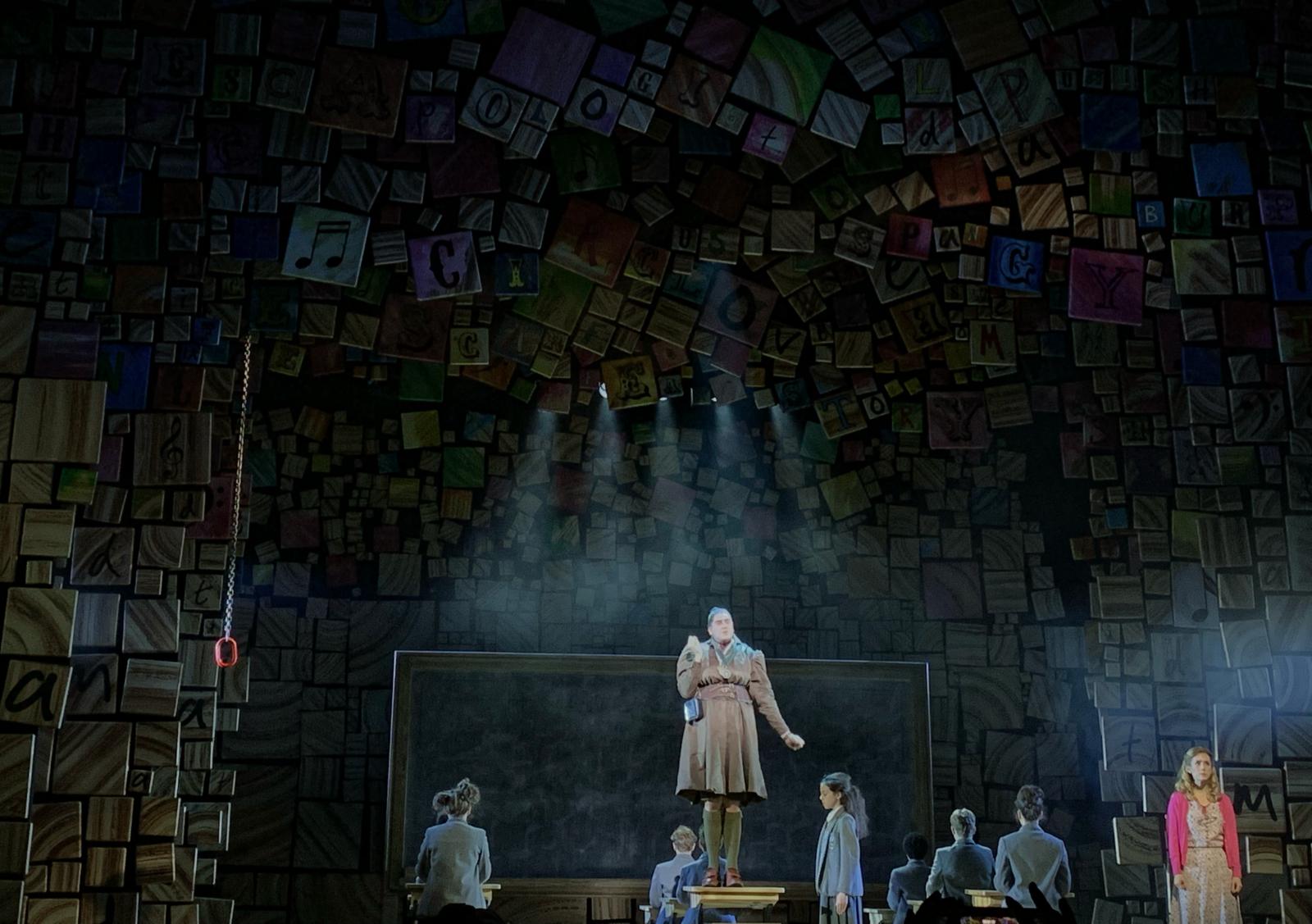 On the challenges of being on tour, Bethany says: “It’s quite an experience travelling around, and the cast quickly becomes like a family. It’s not my first time touring, and I know it’s all about finding some sense of normality or routine to it, since we’re not here on holiday – it’s still work, and we gotta find a way to sustain ourselves through 8 performances a week, yet also find time to enjoy and have a healthy balance. This group in particular has been wonderful, and it’s a very happy company that translates into a great performance onstage.”

On how similar she is to her character, Nompumelelo says: “Mrs Phelps definitely reads way more than I do, and she’s leading a life that’s mostly hidden away in the solace of the library. On the other hand, I love open spaces and interacting with people. But perhaps in essence we’re actually the same, and we both simply love a good story, and I’ve found a surprising number of levels to access her as a character.” 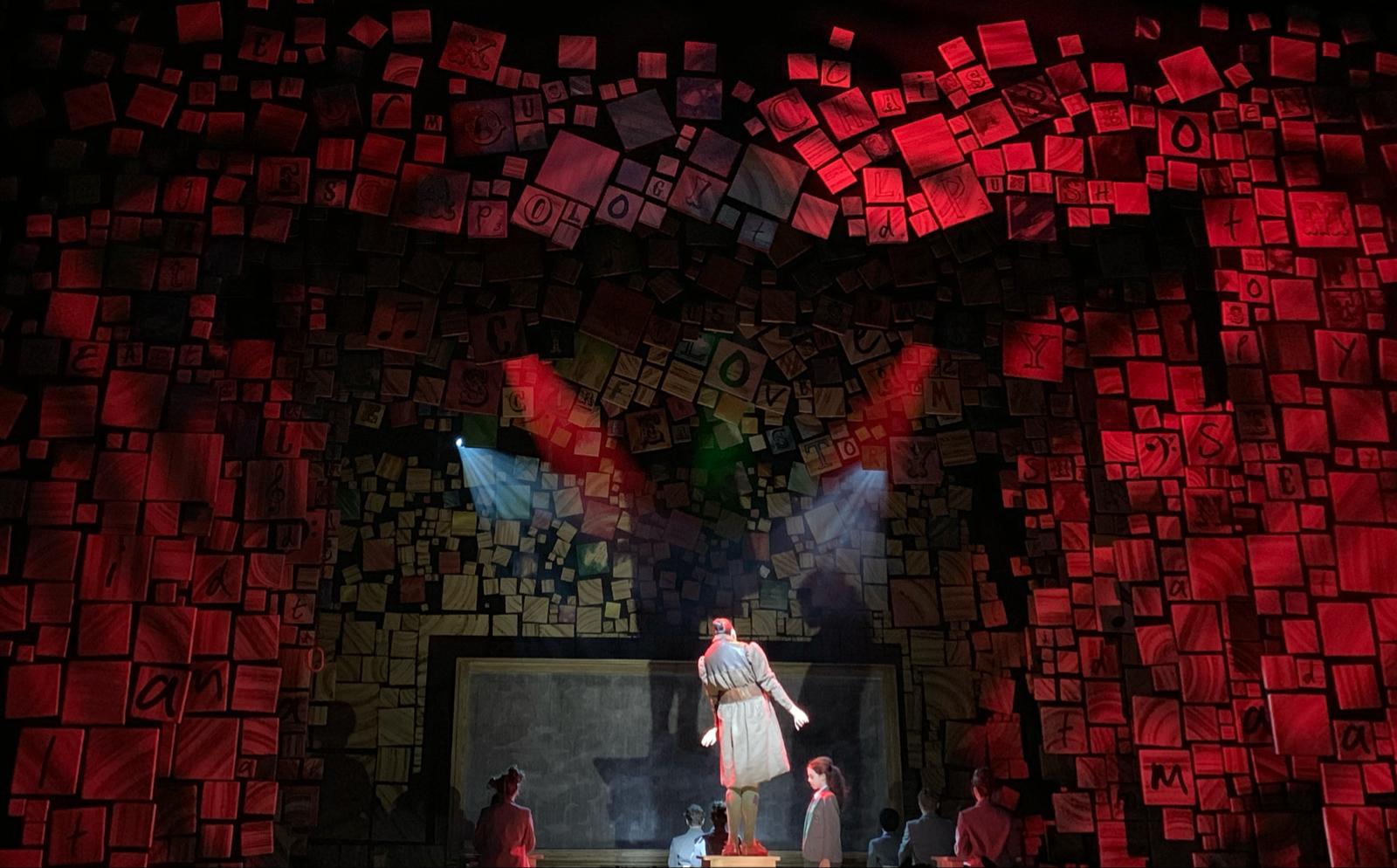 Miss Trunchbull of course, is a familiar figure to almost any schoolgoing child, with most people having encountered some form of ferocious disciplinarian in their youth. Says Ryan: “I like to think we’ve all encountered a Miss Trunchbull at some point, but I like to think that if we met them now, they’d actually turn out to be the most wonderful people, and as a child, we misread their intentions. At the same time, I think children aren’t stupid, and they do know when something is not quite right, rather than just uncomfortable, and they should always be able to say no or stand up for what they believe in.” 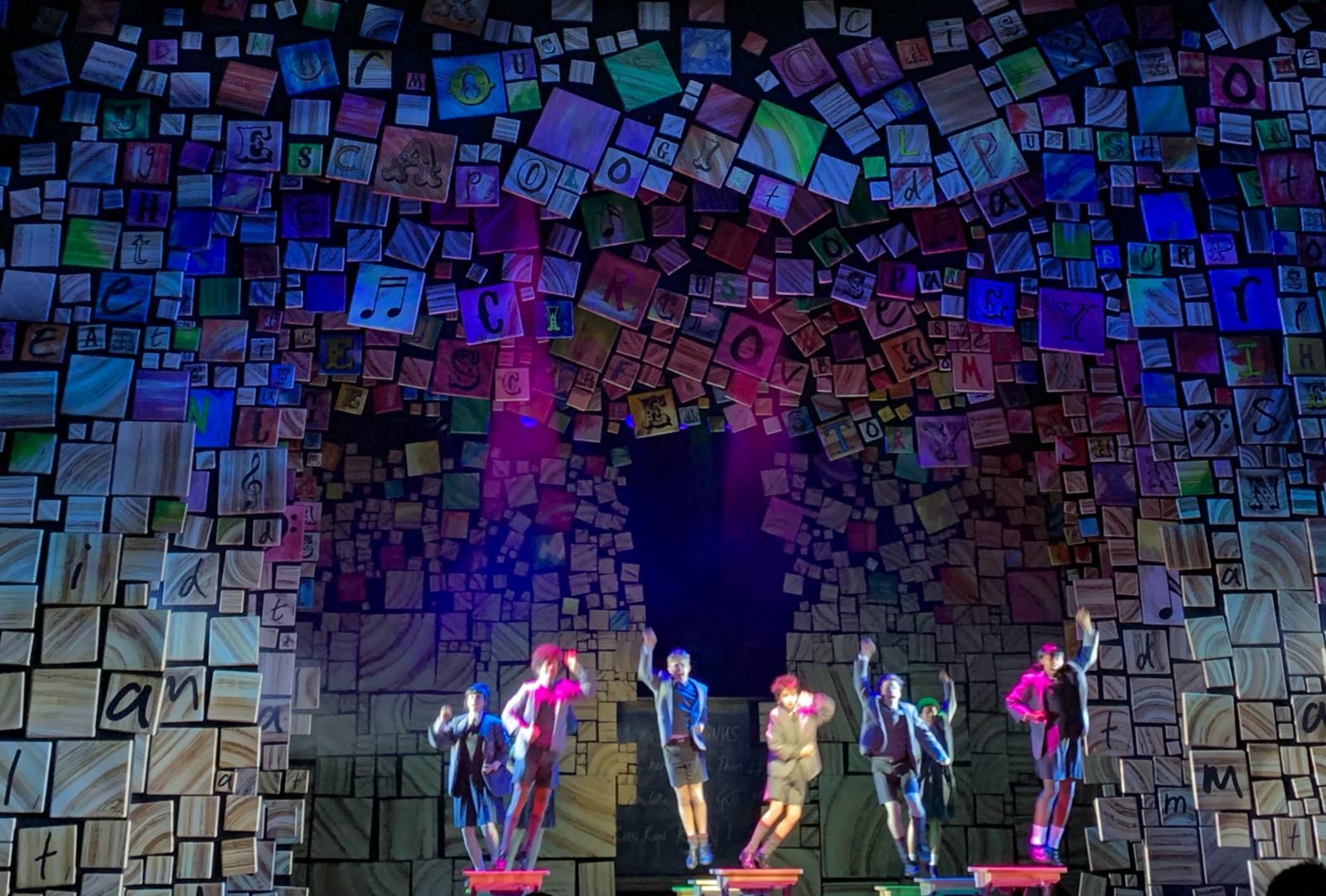 Says Bethany: “There was actually this teacher in primary school who would absolutely petrify anyone, and she was scary and nobody ever thought of her as a nice person. In fact, we talked to her as students, as it turns out she really was a sad, lonely person, and I think that these people do exist out there, perhaps unintentionally taking out their grievances on the people around them. As a child, you should gravitate towards people who are positive, and who will give you the energy you need and worth your time.”

As for why people should absolutely come and watch Matilda the Musical, and why it remains such a powerful musical, Bethany concludes: “Matilda the Musical carries a message that transcends time and culture, always relevant because as human beings we all want to be liked. We’ve all been to school, we’ve all seen people treated badly, and we’ve all been privy to the experiences we see onstage, and it’s important to let children know that they can and should have the courage to stand up for what’s right, empowering them to trust their instincts, while also being able to touch you in the most human of ways.”

Matilda The Musical plays at the Sands Theatre at Marina Bay Sands from 21st February to 17th March 2019. Tickets available from SISTIC