A celebration of the magic of childhood in musical form.

British author Roald Dahl remains one of the world’s most beloved authors, with countless children around the world having read his novels, each one etched into their childhood. It stands to reason then that one of the most successful adaptations of one of his works concerns a little girl who loves to read, with the multiple award-winning Matilda the Musical finally making its Singaporean premiere, as directed by Natalie Gilhome. 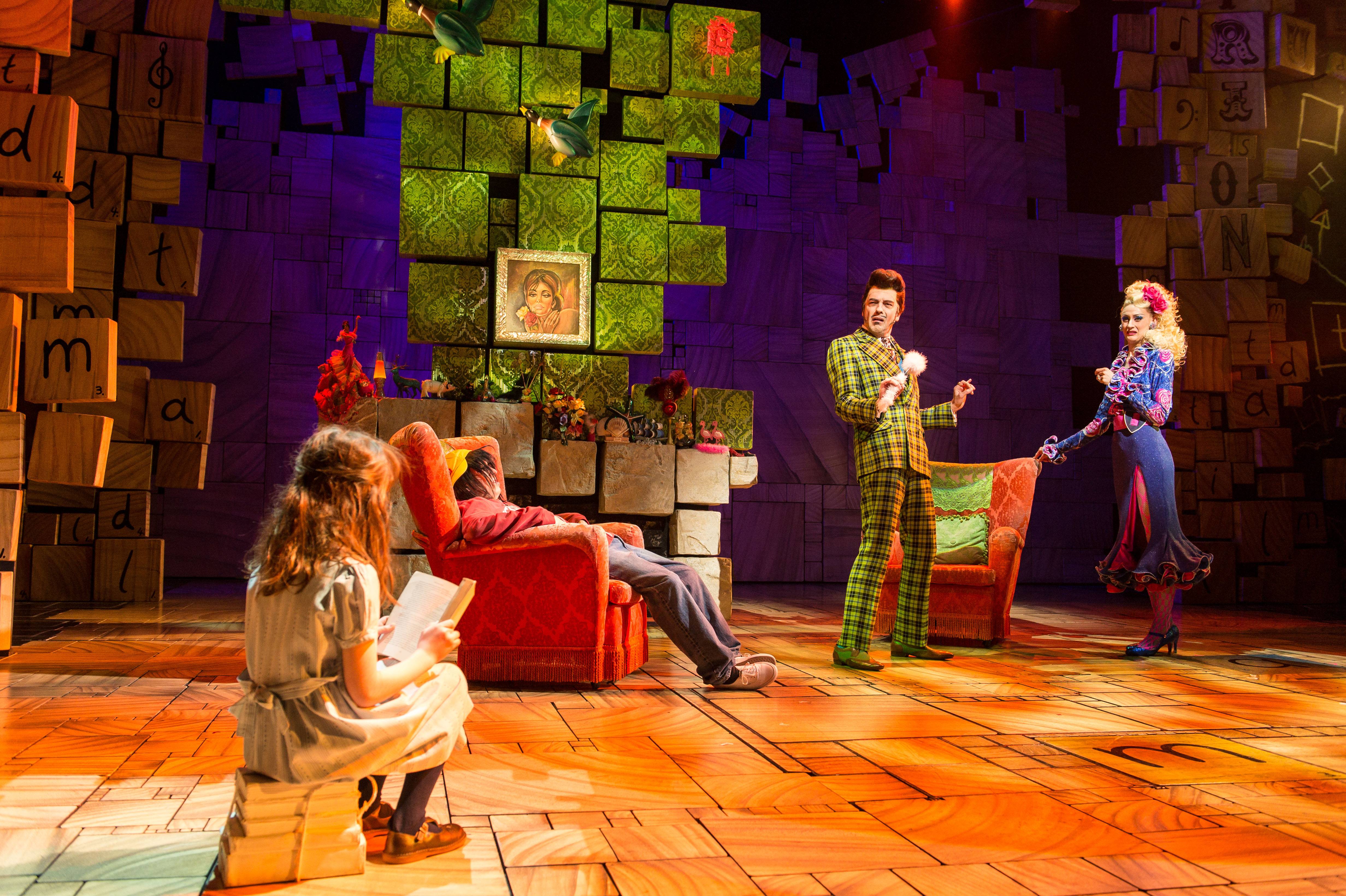 The eponymous Matilda Wormwood is a precocious child who loves to read, growing up in a difficult family, with parents and a brother who couldn’t care less about her. At school, Matilda quickly befriends her teacher Miss Honey, who sees her intellect for what it is and vows to improve her home situation. But with uncaring parents, and the wrath of tyrannical, child-hating headmistress Miss Trunchbull, it might just take a miracle of Matilda’s own to change things for the better. 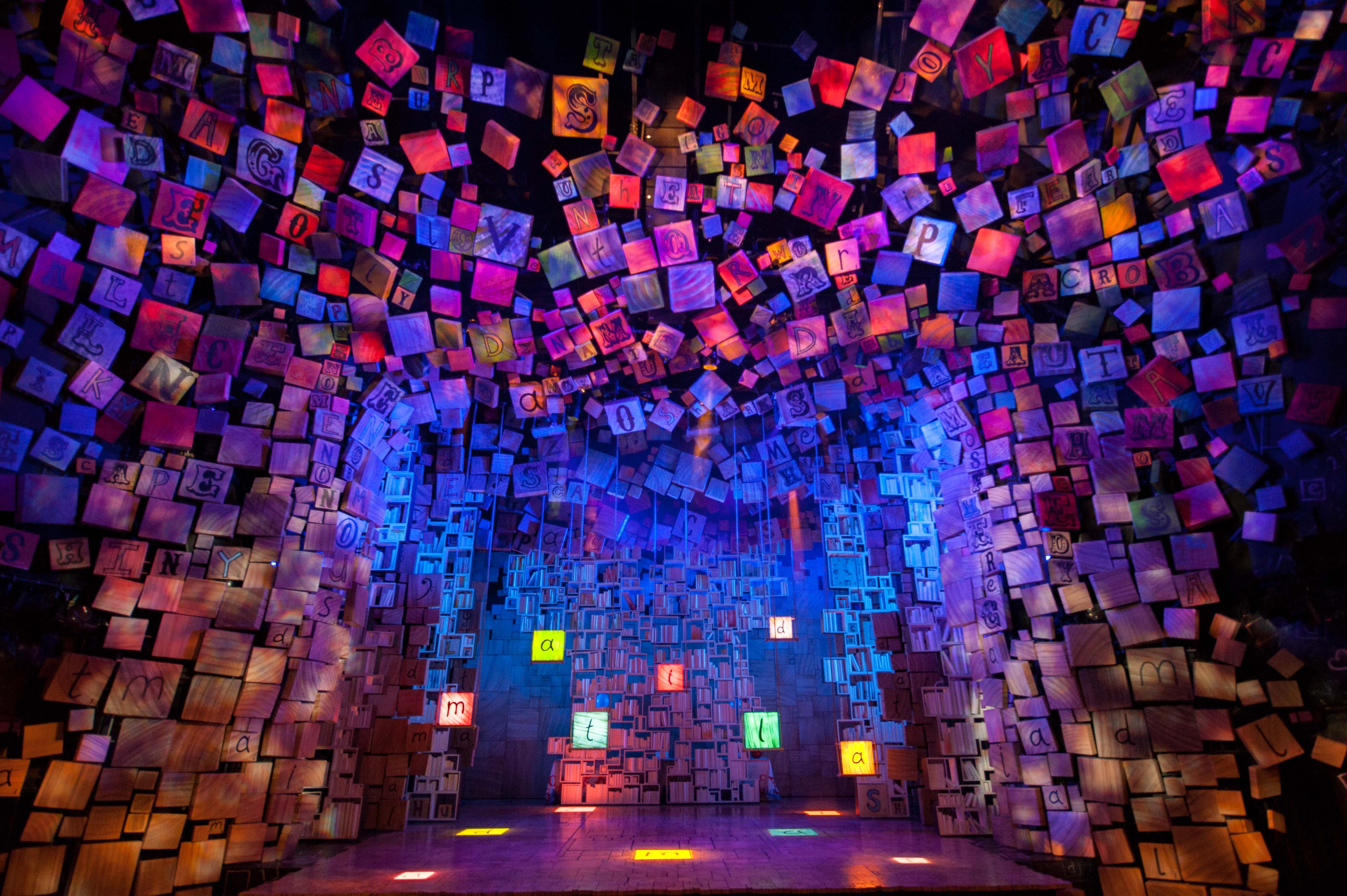 Matilda the Musical has just about everything going for it; its soundtrack (by Tim Minchin) is delightfully catchy from the very first notes of the opening number, with a brilliant cast introduction in ‘Miracle’, with high energy choreography that sets the audience up for the great adventure of growing up that lies ahead. The characters, while simple, are immediately established by the capable cast, with Stephen Jubber and Claire Taylor displaying perfect onstage chemistry as the quirky Mr and Mrs Wormwood, bumbling about and showcasing over the top comedic behaviour. Matilda’s brother, Michael (Zac Gabriel Werb), able to only shrilly utter the words ‘TV”, stands in stark contrast to the far more intellectual and well-spoken Matilda, giving her character the opportunity to shine brighter. 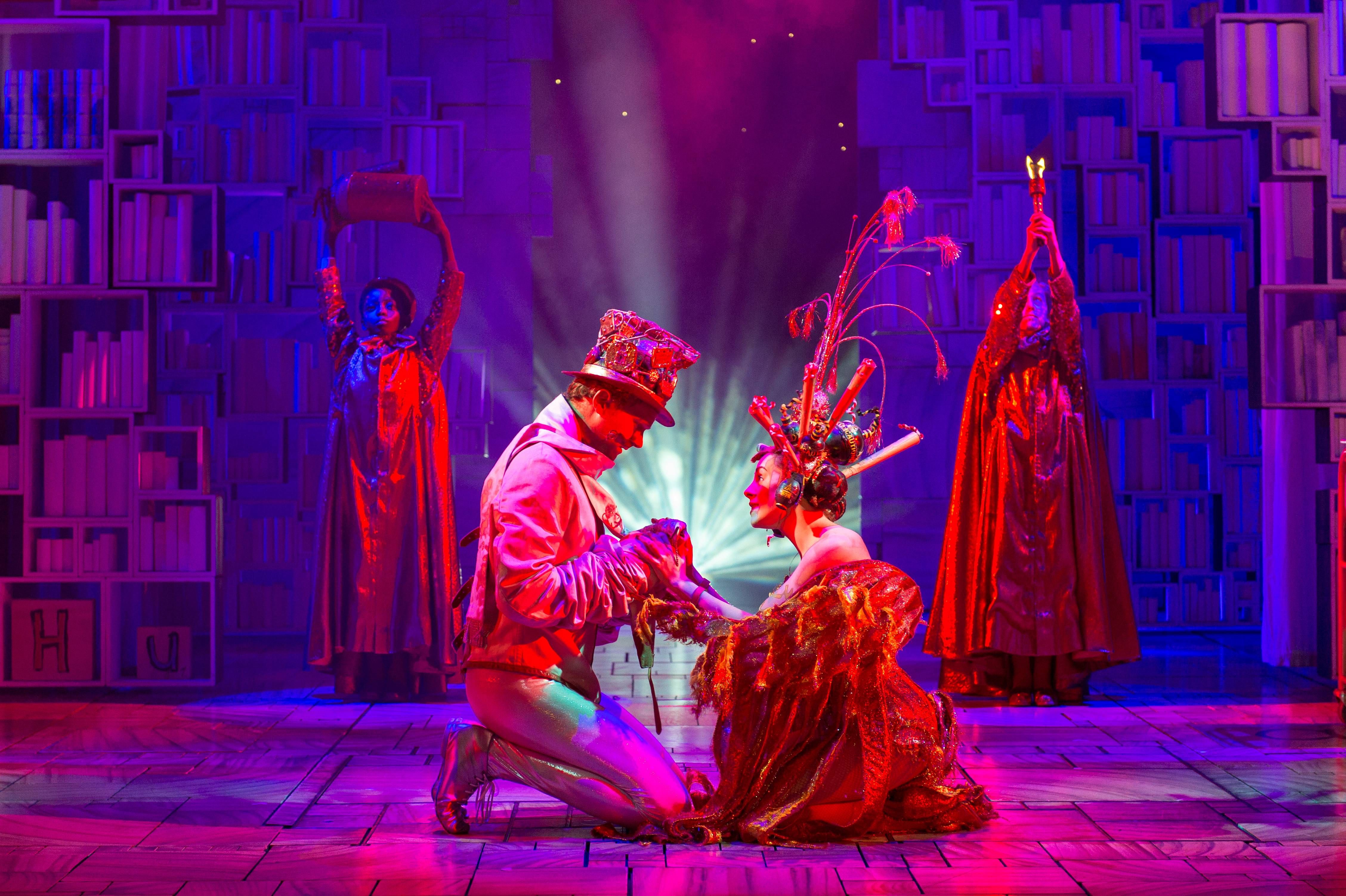 This strong chemistry and ensemble work only carries on throughout the rest of the play, with Act 1 favourites “School Song” showcasing the cast’s tight rehearsals put to the test, moving like clockwork as they sync every movement to blocks showcasing letters in the alphabet while singing the right lines. Bethany Dickson, as the sweet, shy Miss Honey, is perfectly cast, and showcases her crisp clear voice and wide vocal range in both ‘Pathetic’ and ‘This Little Girl’. 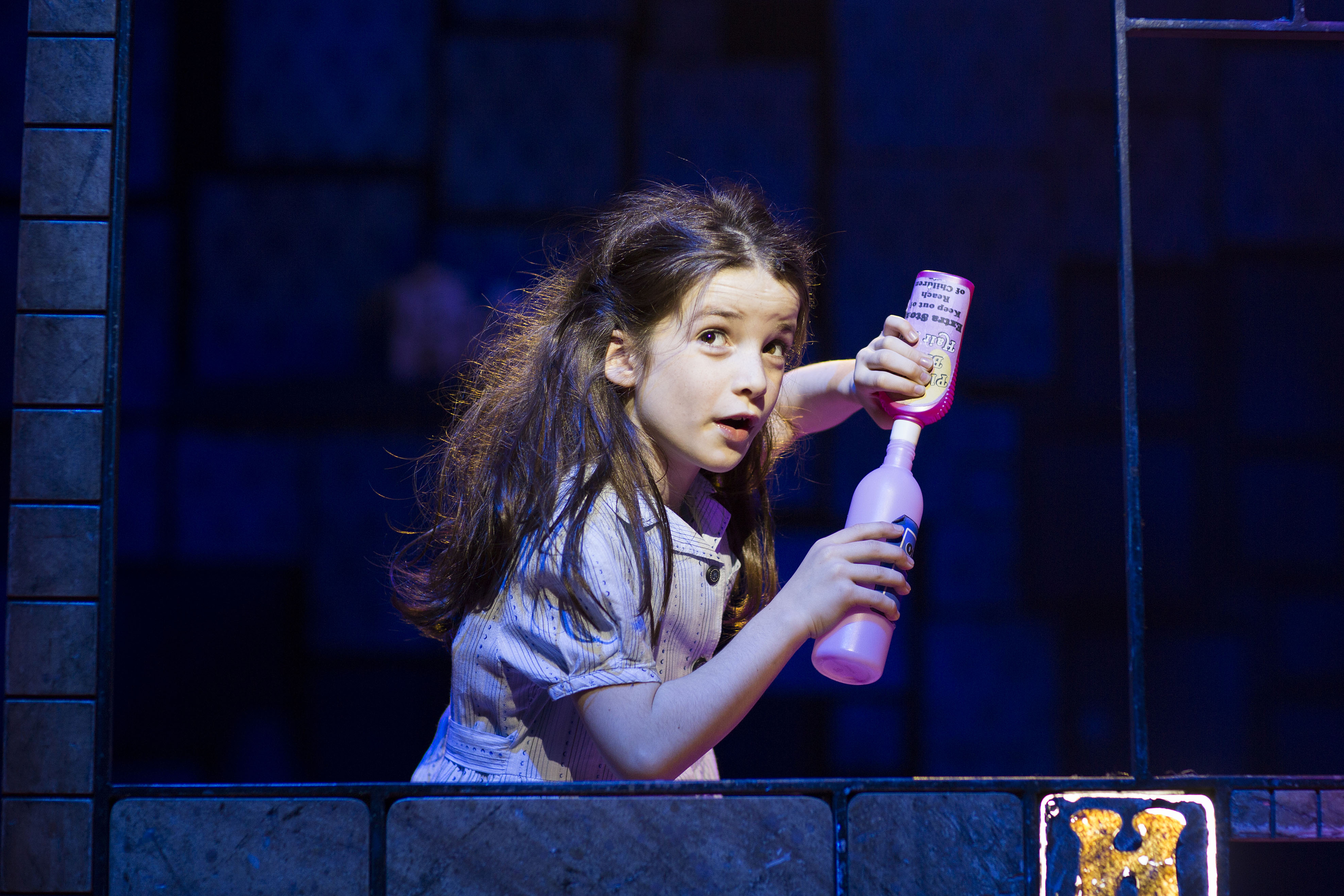 Meanwhile, when we are introduced to the Trunchbull (Ryan de Villiers), the magic of the theatre is still in full force as we watch, half-terrified and half-fascinated, as she swings a girl by the pigtails, an act that still leaves us mystified and wondering just how they do it. Even Nompumelelo Mayiyane, as librarian Mrs Phelps, acts as a powerful wisewoman character, offering Matilda a listening ear and to showcase the importance of adult influence, both good and bad, and how they affect children. All of this comes to a showstopping close at the end of Act 1, as student Bruce (Jack Fakkens) confidently achieving masterful comedic timing in the aptly titled and well-executed ‘Bruce’ before he is promptly sent off to chokey. 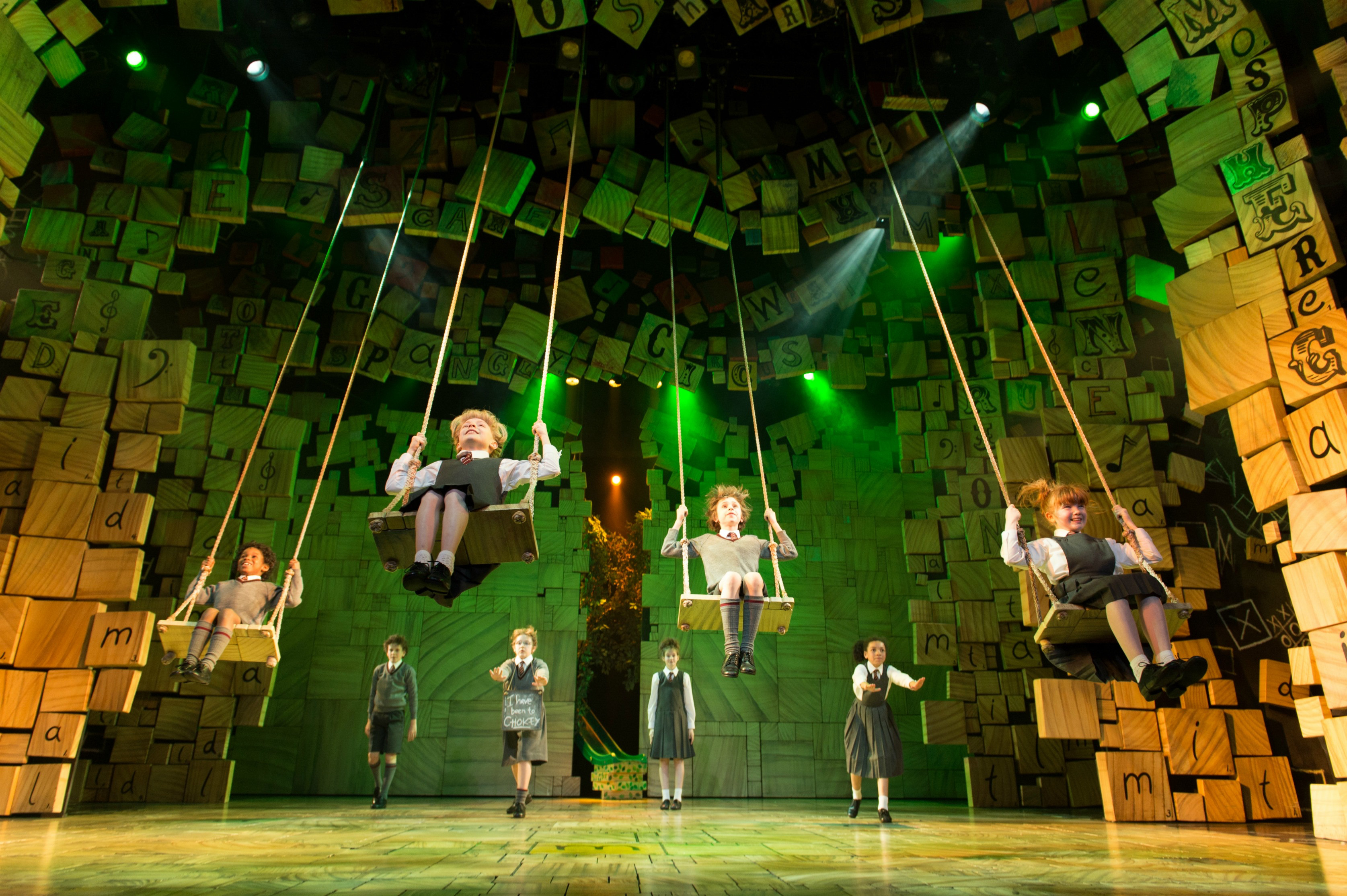 Even after the intermission, the energy never lets up, with ‘When I Grow Up’ evoking strong emotions in us as we watched the cast swing high and swing far with the lengthy swings installed onstage. Segueing from the group into a solo from Bethany Dickson, one feels one’s heart stirred as we listen to her voice ache with regret and nostalgia for lost childhood, as we think of this travelling cast and how the child cast in particular, has spent the last few months growing up together and taking care of each other, filling us with emotion. Again, Dickson is without a doubt the standout performer of the show, as she later on performs yet another rousing song with ‘My House’, bringing out how one can still feel contentment and happiness even with little material wealth. 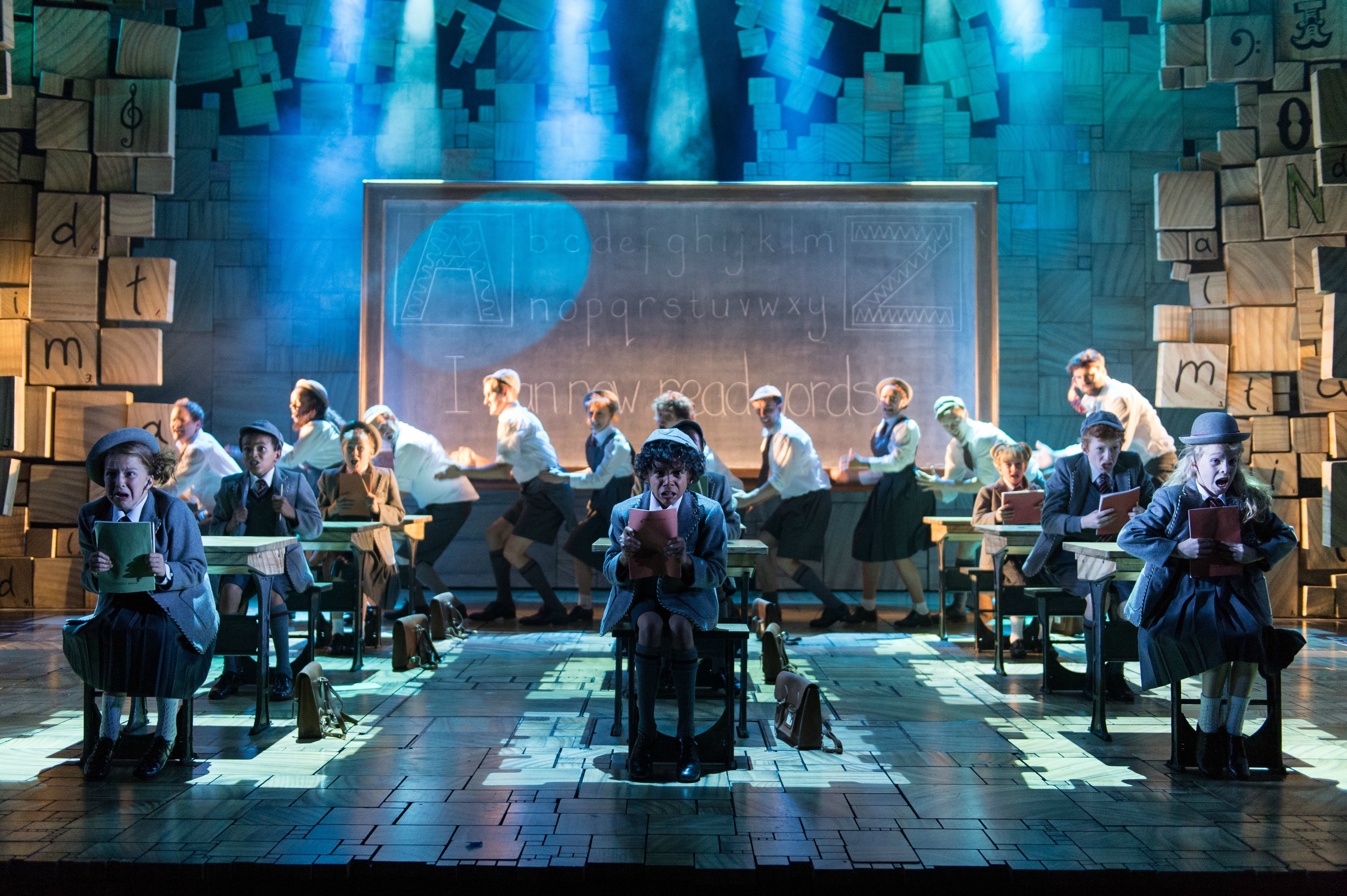 Perhaps the biggest, glaring issue with the performance of Matilda that we caught lies with none other than Matilda herself. Played by local actress Sofia Poston, one imagines that perhaps due to lack of experience or pure nerves, Poston’s performance was hindered by her over concentration on enunciating every word to ensure she got her lines right, sacrificing emotion for a stiff but accurate (and occasionally inaudible) delivery, and a Matilda that rarely felt believable. One hopes that as the run continues, Poston gains more confidence and learns to relax onstage to better improve her performance, and remains undeterred even after this slip-up. 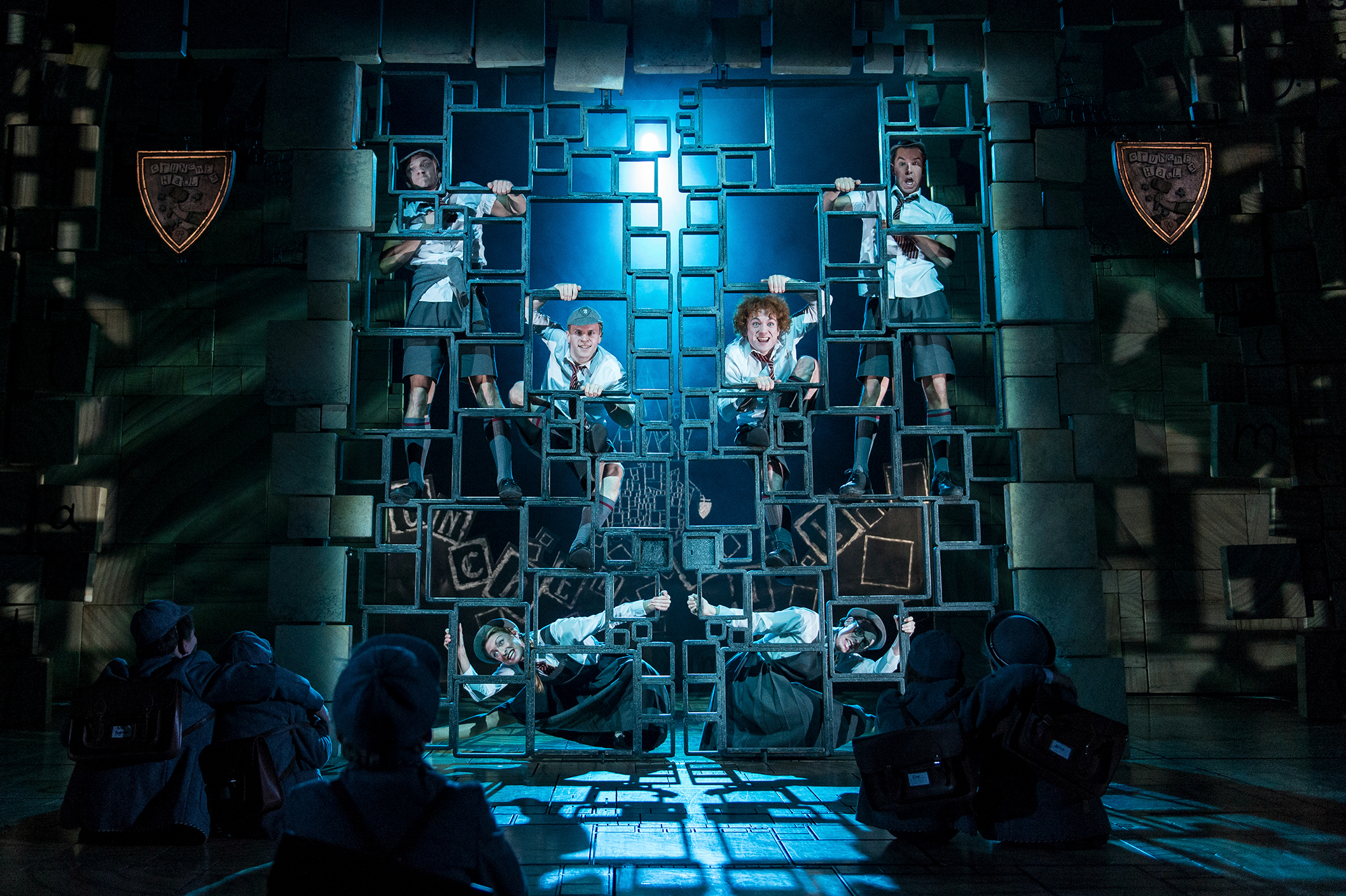 Yet one cannot help but remain utterly transfixed by Matilda the Musical and its terrific energy, with a spectacular ensemble, each stars in their own right and each member delivering stellar performances with pitch perfect notes and emotions brought out so effectively, we are left feeling completely enthralled by its timeless tale and rousing numbers. Kudos to the Base Entertainment Asia and Sands Theatre team for ensuring that the quality of the sound system improves with each and every new show that is brought it. As we end off with the rousing “Revolting Children”, watching the entire cast triumphantly standing together fills us only with joy as we feel them emanating strength and confidence, as we walk away from the theatre feeling empowered and ready to face anything the world throws at us.

Matilda The Musical plays at the Sands Theatre at Marina Bay Sands from 21st February to 17th March 2019. Tickets available from SISTIC

0 comments on “Review: Matilda the Musical by Base Entertainment Asia”