The life of a Singaporean theatre production is often limited to a single staging before being relegated to a film in the archives, or living on in the memory of audiences lucky enough to have caught it. A restaging is a rare event, and for a company to present their work overseas rarer still. For The Theatre Practice (TTP), Liao Zhai Rocks! is nothing short of a miracle then, receiving it’s third staging this March, in China for the very first time as part of the SAIC·Shanghai Culture Square’s Shanghai International Musical Festival. 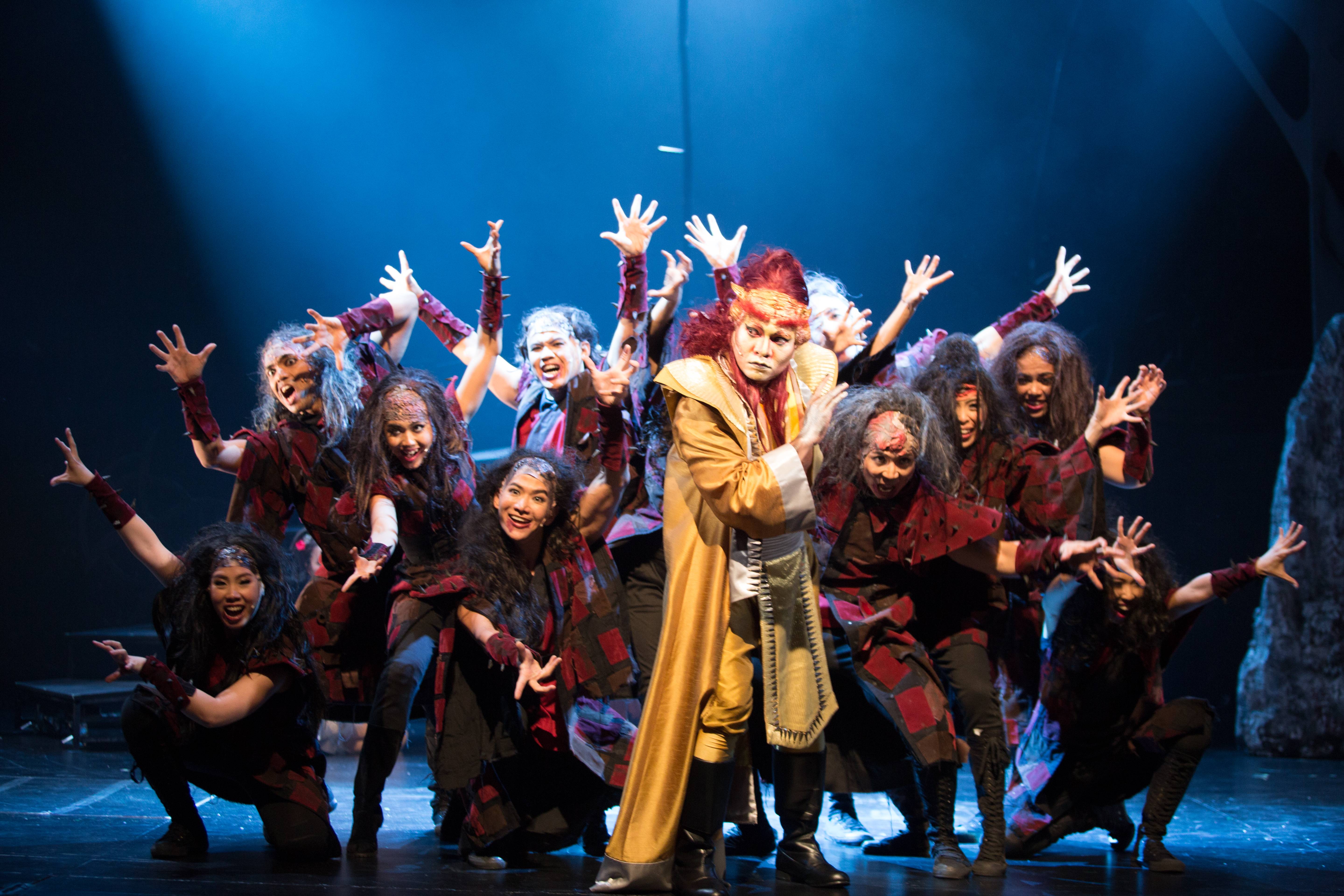 Directed by TTP artistic director Kuo Jian Hong, Liao Zhai Rocks! takes inspiration from Pu Songling’s supernatural Chinese classic Strange Tales from a Chinese Studio (Liaozhai Zhiyi), reworking the short stories into a single, cohesive musical about the forbidden love between a scholar and a fox spirit, featuring a rock score by Mandopop veterans Eric Ng and Xiaohan. Having first premiered in Singapore back in 2010, it was the second staging in 2016 that led to an investor having been so enraptured by the performance, he entered talks with TTP to bring the show to China at some point. 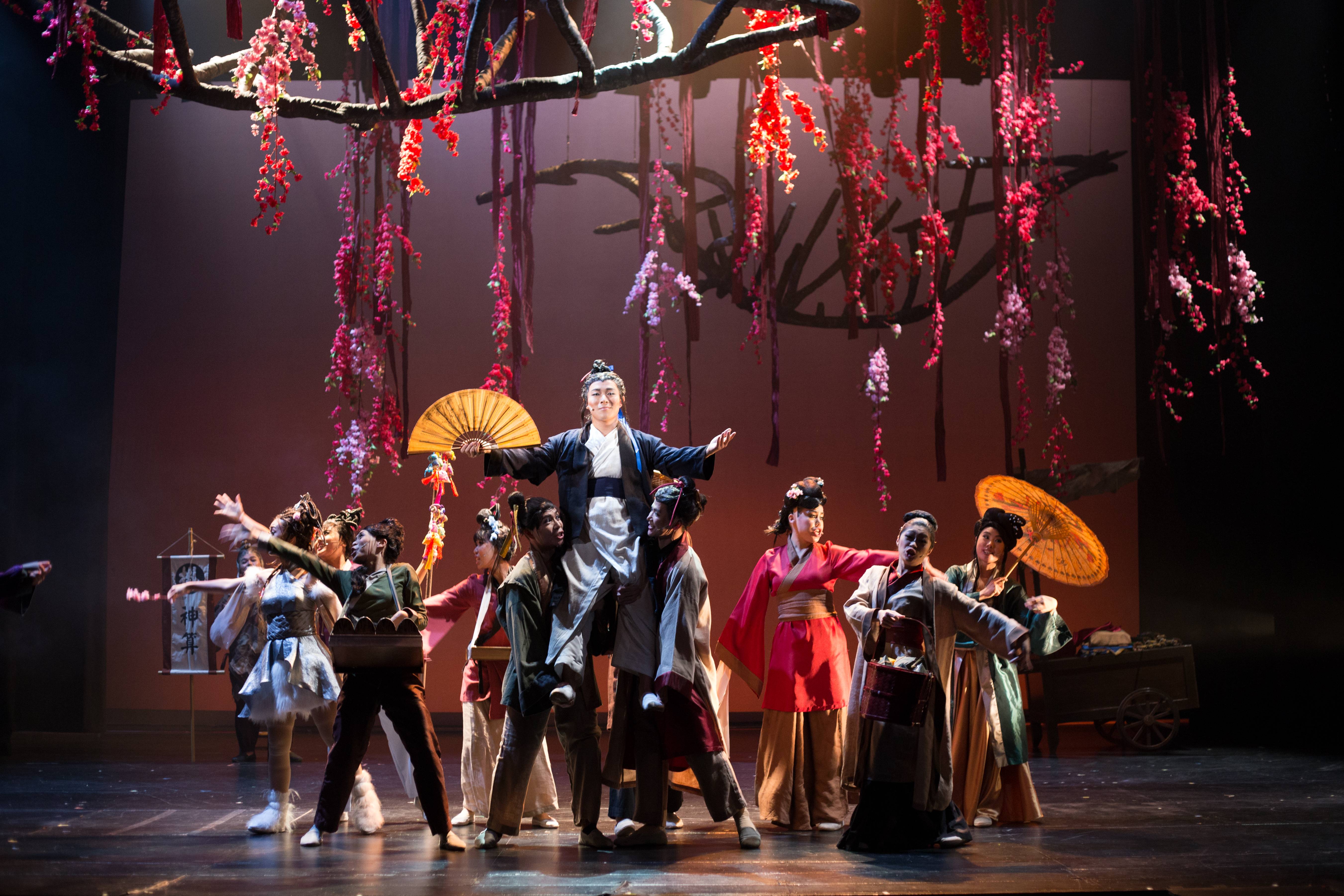 Says director Jian Hong: “For me, I decided to take this opportunity as a way for the company to grow and learn. The company is ready for this, and available to present it and take it to Shanghai. It’s a kind of capability development, and it’s very heartening that someone saw something in the musical and took a chance on us. It’s not often someone is willing to pump in so much money for this, and willing to invest in us, and naturally, we want to do them proud.” 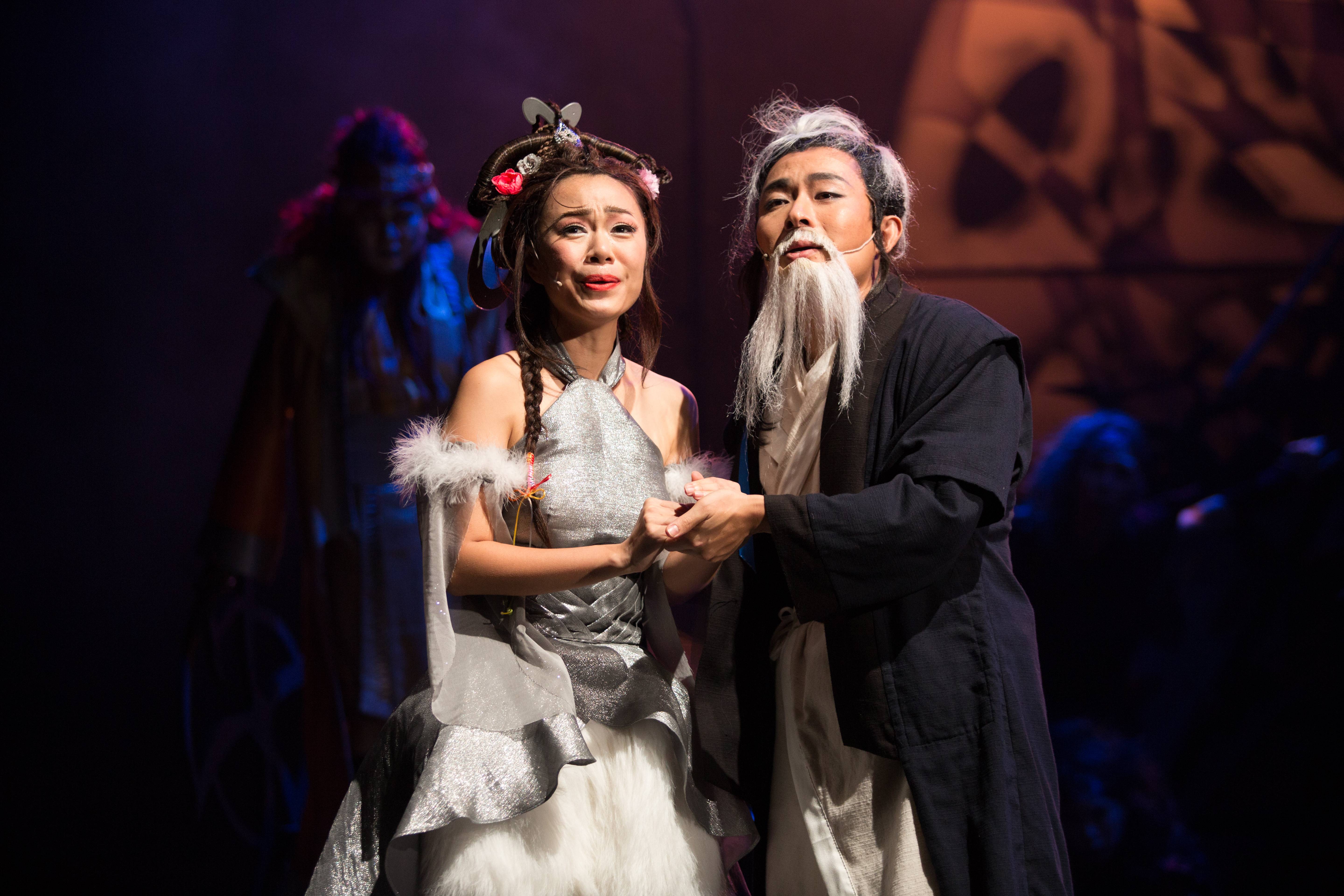 Liao Zhai Rocks! involves a cast of 17, alongside members of the creative team, who will be flying over to Shanghai for the production. Among them, returning cast members include Sing! China finalist and frequent TTP collaborator Joanna Dong, who reprises her lead role as the fox spirit Ying Ning from 2016, as well as Sugie Phua as Cheng Ban Xian, Ric Liu as King Yama, and Liu Xiaoyi as Ying Wu Huo, the latter three all having been involved in the original 2010 production. Comments Jian Hong: “It’s very rare we manage to get all the leads back for a production, and for Liao Zhai Rocks!, there’s been this strange clarity and familiarity to it, more so than any other musical we’ve done. I’ve worked with most of the cast before, along with some people completely new to TTP, and it feels more like a family gathering of TTP collaborators, both old and new.” 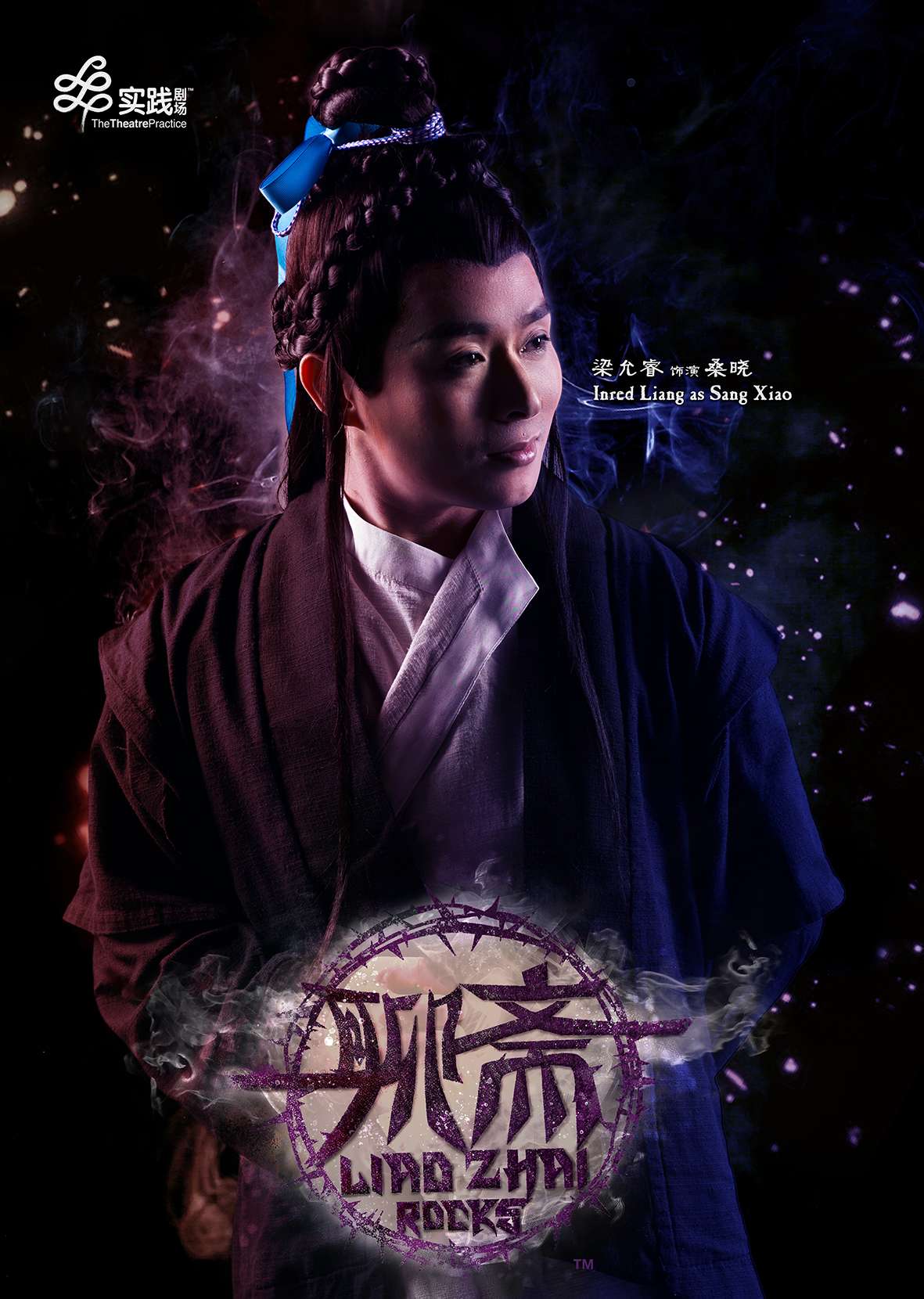 She adds: “There’s this fresh energy both from the new cast members and how the returning cast’s lives have changed so much since the last run. It’s not just a matter of knowing their craft better, but also a matter of unloading one’s own baggage. It feels like we’re now more at ease, and it affects the nuances of the lines, and many cast members feel more anchored and with more clarity.” 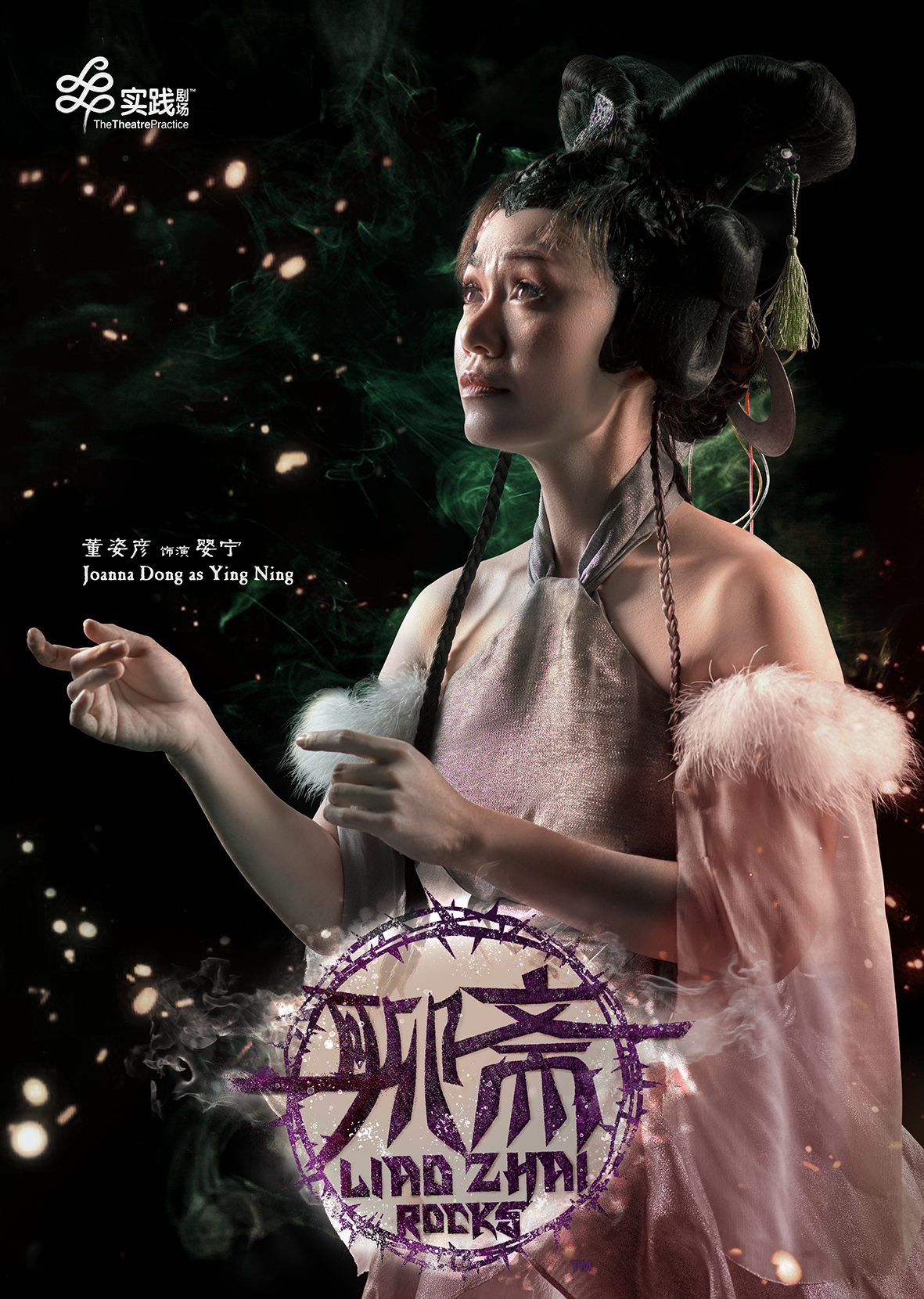 On returning to the role, Joanna enthuses: “I can’t believe it’s been three years since I was in this. It’s interesting how we all already know most of the songs and lines by heart, and coming into rehearsals is really more about taking it to the next level than starting completely afresh. I feel like my body’s aged a lot in just 3 years; we were watching videos of the previous production and it looked like I was so agile last time. I thought to myself ‘oh no, I’m going to get my ass handed to me during rehearsals’. I’m going to have to make up for it and focus on my strengths in character work and song to make up for my physicality!” 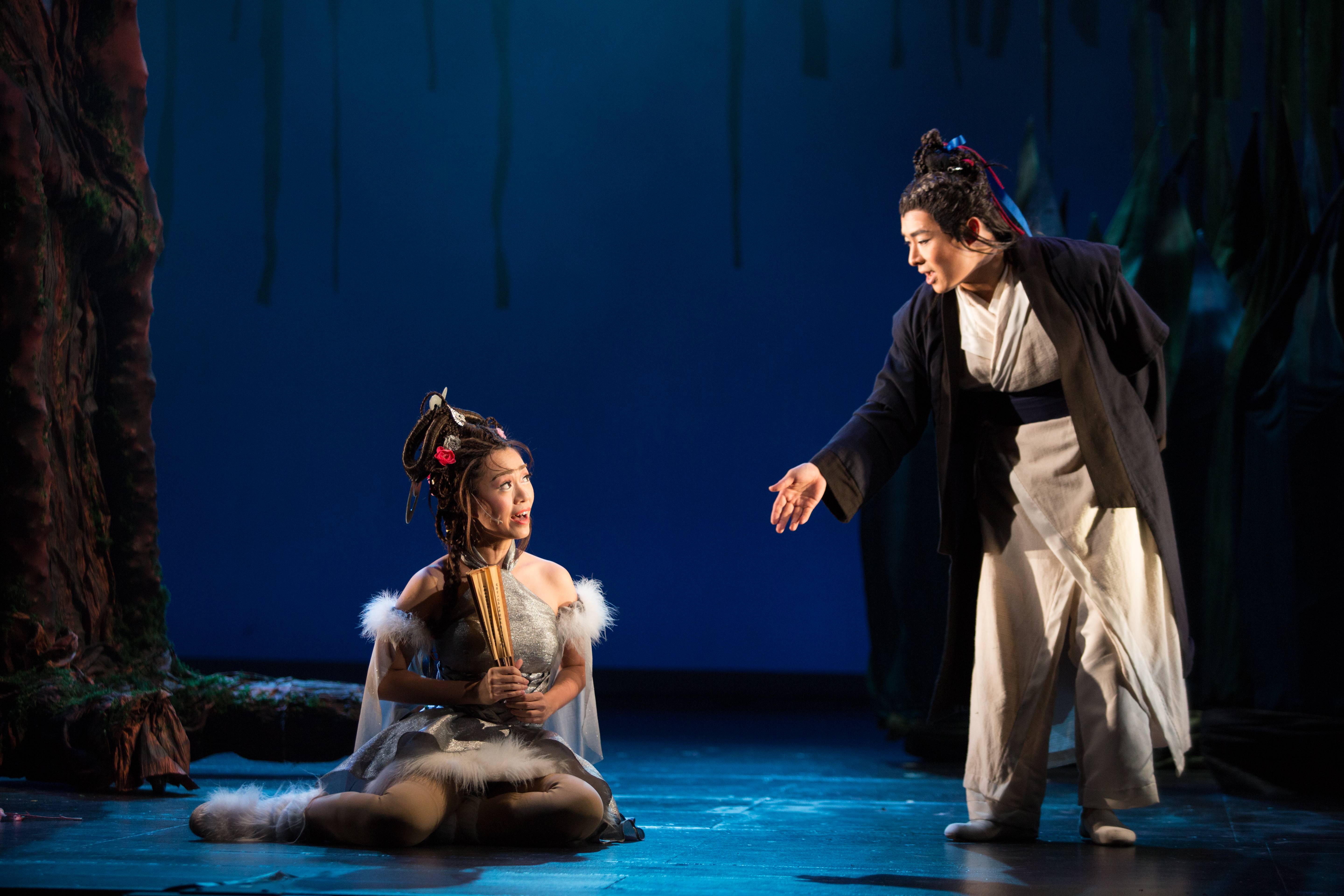 Commenting on the new cast members, Joanna adds: “I’m glad we have some new cast members – they’ve all got such distinct personalities and add so much colour and energy to the ensemble. It’s refreshing to see them laugh when they get the jokes in the script, and that they still work. It’s interesting how this show is all about reincarnation, and as actors coming back to the show, it feels a little like that as we live new versions of the same lives, and I always think how lucky we are it is that we get to do that!” 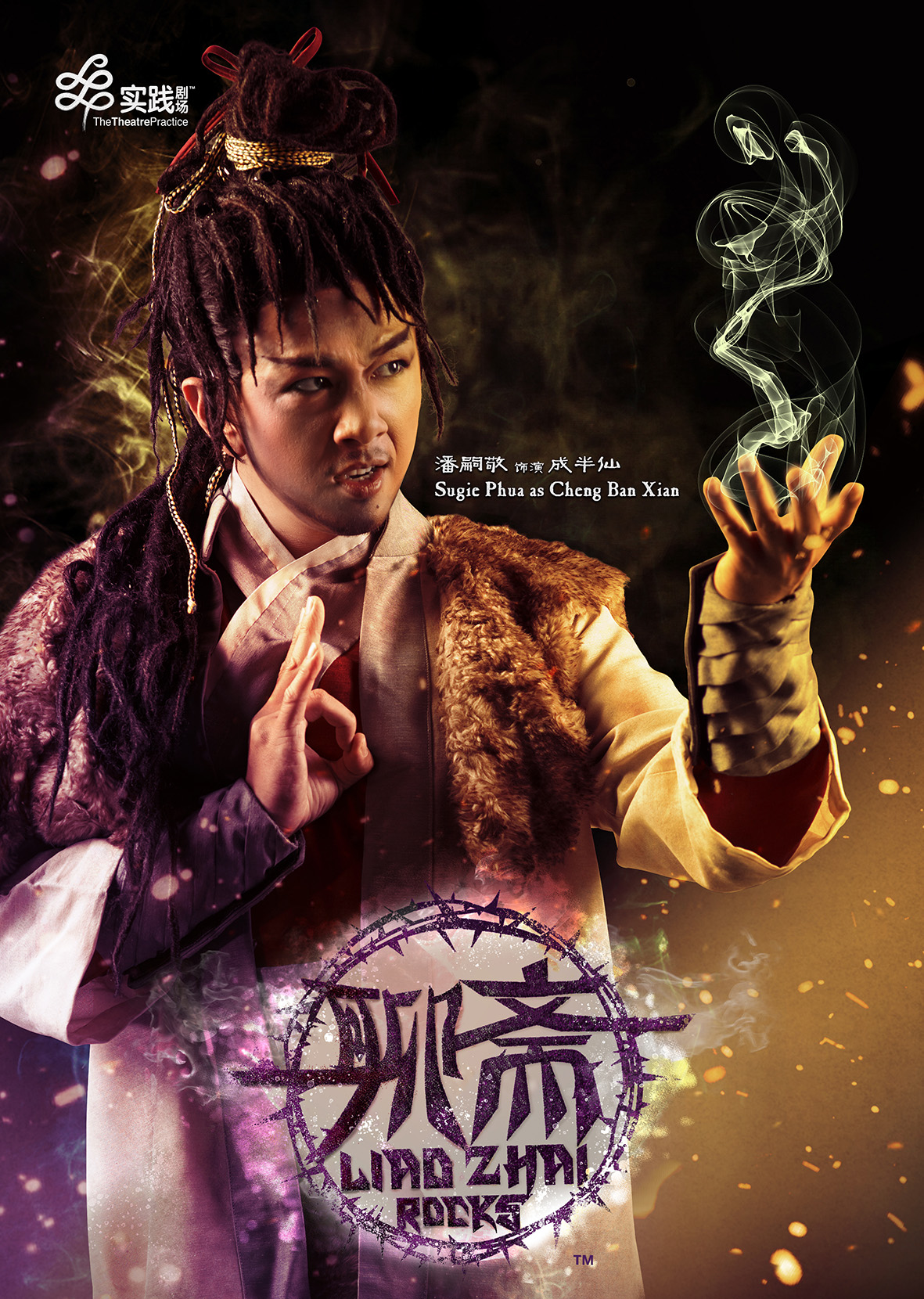 For Sugie Phua, Liao Zhai Rocks! holds a particularly special place in his heart, having change his life forever. Says Sugie: “Liao Zhai Rocks! will always be significant and very personal to me because it was my very first theatre show ever, and I originated the role nine years ago. If not for TTP, I might end up having become an electrical engineer today!” 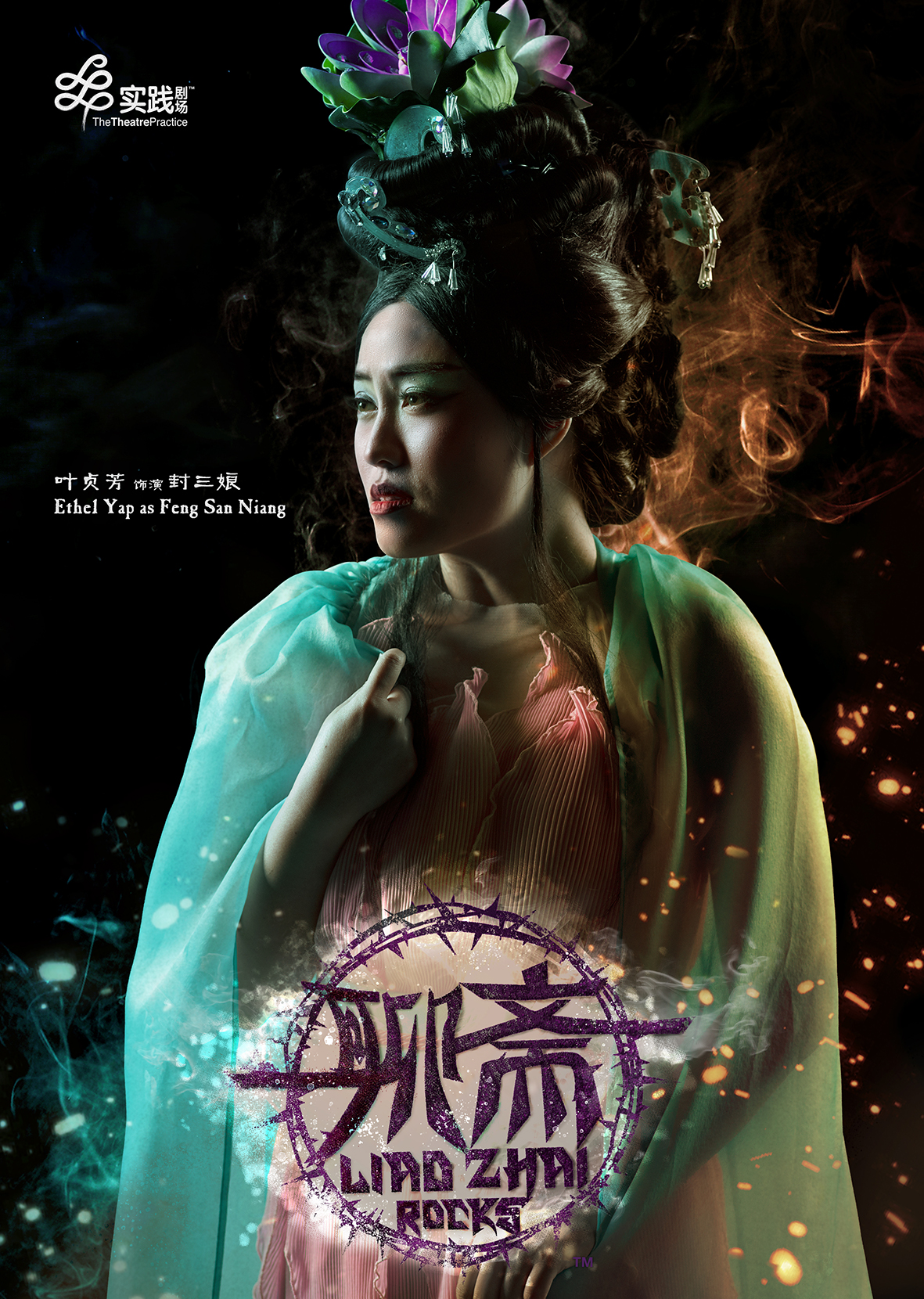 He continues: “As an ‘alumni’ who’s been with the show since the beginning, even the conversation has begun to feel rhythmic coming back to it again. There’s been so much growth for everyone, and all the returning cast members are getting better than ever before. Some of the songs came out online back in 2010, and some of my Chinese friends who have never even watched theatre before listened to them and told me ‘why isn’t this in China?!’ It’s just so heartening to know that it’s finally going over and we can present it properly over there.”

On the potential differences between the reaction from Shanghai and Singapore audiences, Jian Hong comments: “I honestly don’t know how the Shanghai audiences might come to react. We’ve been working more on sharpening the clarity of our speech since the Chinese may not be as familiar with our accent, and it’s so exciting to be presenting a Chinese classic back to China, as interpreted by Singaporeans. I hope they will be pleasantly surprised by it, and it’s sort of like a first date where we really want to meet them and leave a good first impression!” 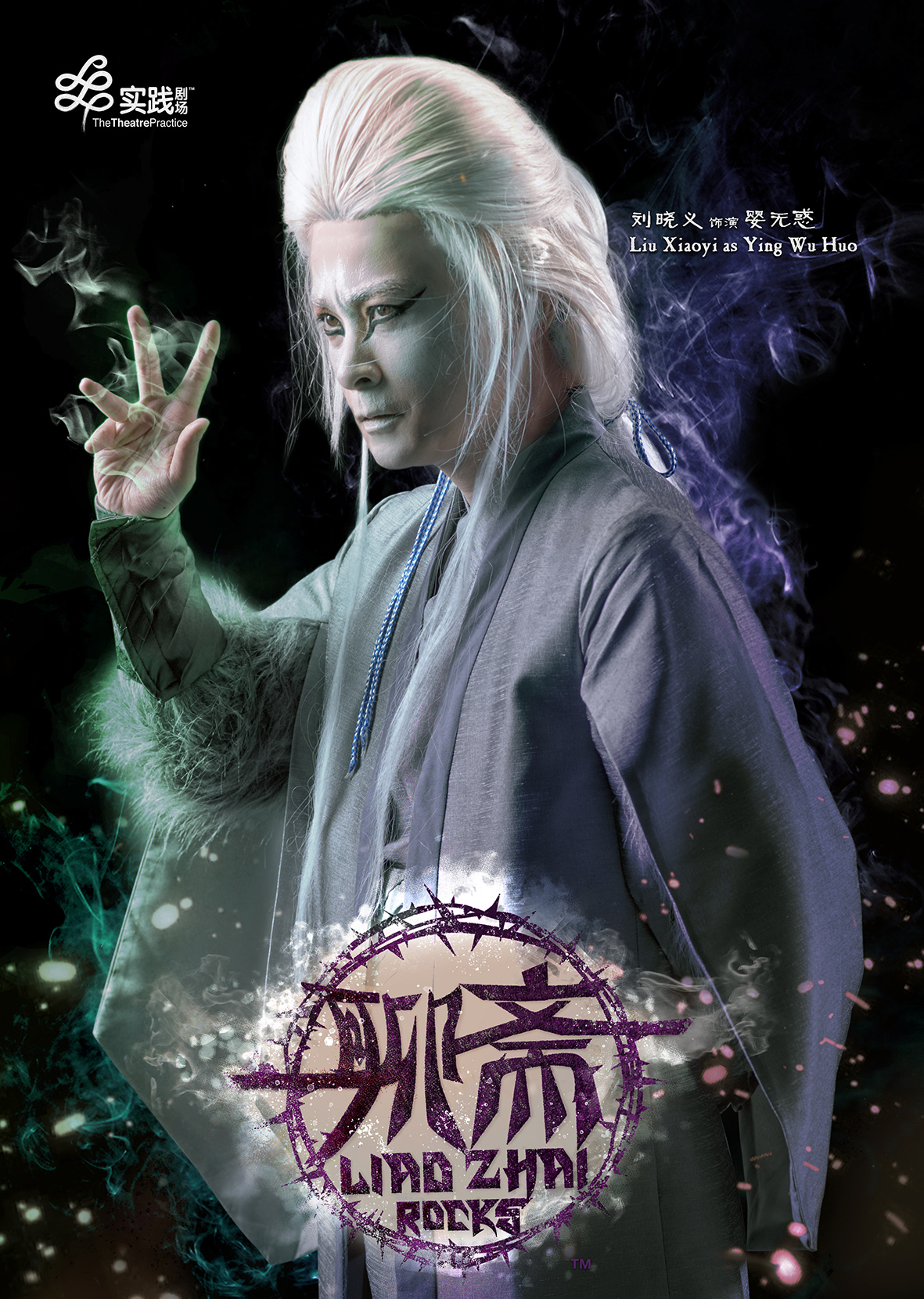 Joanna chimes in, adding: “I used to be this overthinker and worry about what my audiences would think of my performance, but I’ve learnt from my time on Sing! China is that every time I tried to please the audience, it just didn’t work, because my performance wasn’t coming from a sincere place. There’s no point trying to second guess what the audience will think, and I have trust in the person who saw the musical in 2016 that he’s inviting us to China because he loved what he saw. If we change it for the sake of trying to please the Chinese, maybe he won’t like it as much as he did!” 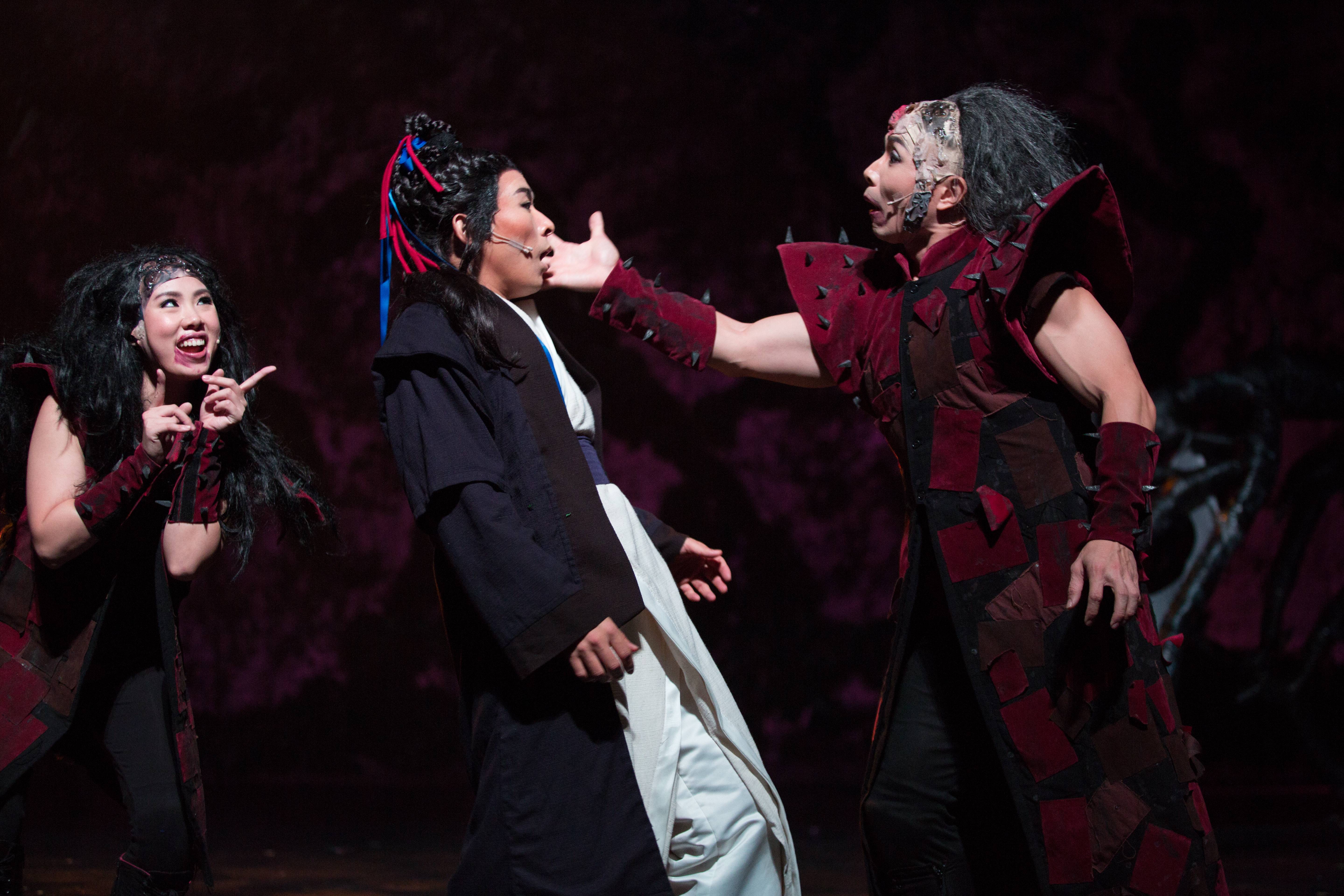 “For me, there’s more excitement than trepidation,” she continues. “It was crucial for me to return to China and to this show because I feel personally responsible for having shaped my role into what it is, and this may well be the last time I get to play a young agile fox, before someone else younger takes over! It’s a reciprocal relationship, because of course I’d love to support TTP in their first overseas venture, and also, I’d love for my Sing! China fans to realise I can do theatre too. There’s so much love I have for this production and my role, and I want to see how they react with the diaspora reinterpreting a beloved classic and presenting it to them.” 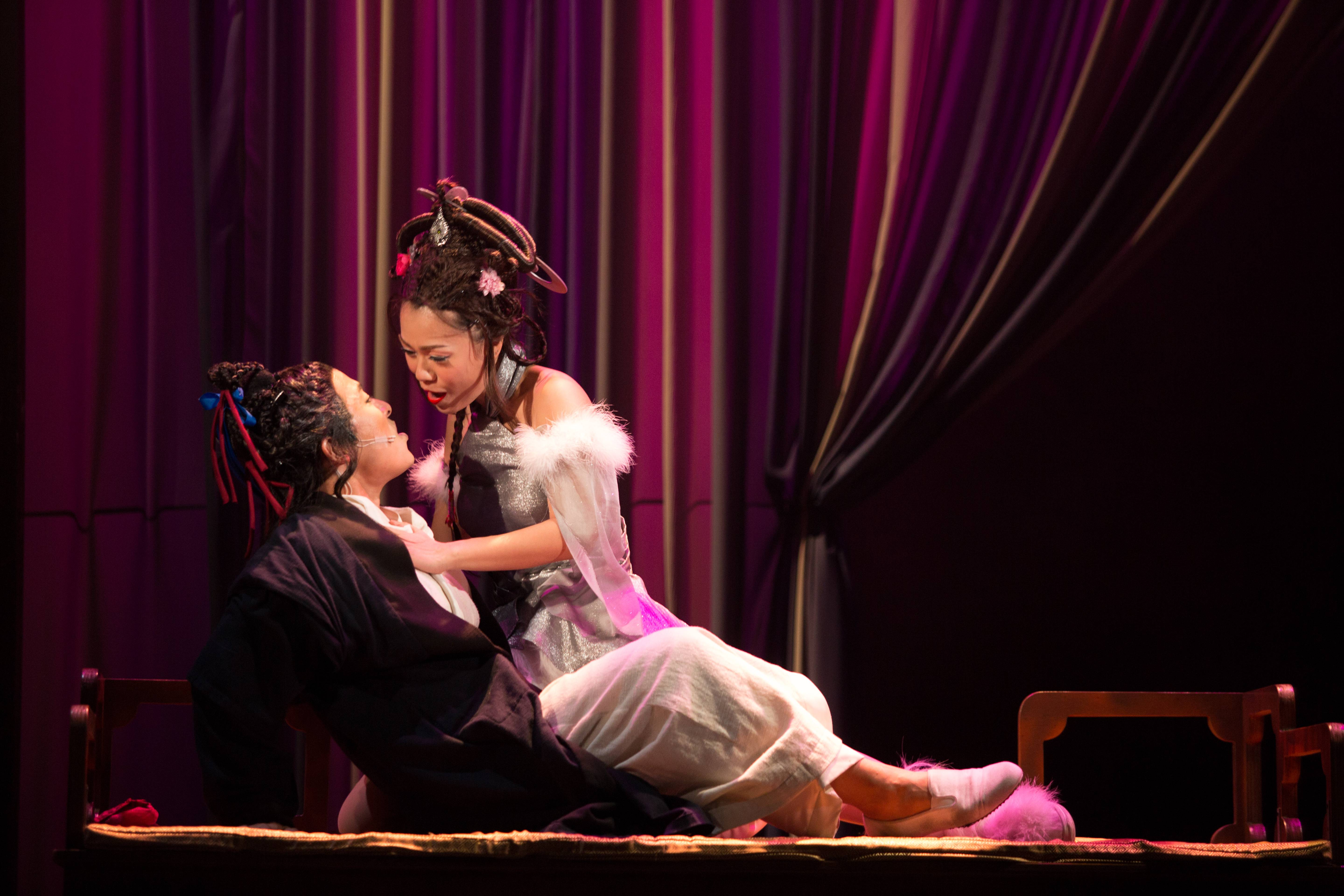 Jian Hong takes a moment to reminisce about TTP’s musical history, and shares: “The first time I ever did musical theatre was Laojiu back with Liu Xiaoyi and Xiaohan back in 2005, and that relationship has stayed on all the way through to today. Over the next decade, we’ve been welcoming more people into our musical family, from Joanna to Ric Liu, and we’ve all gone through so many ups and downs together. Sure, we’ve all got our own lives to lead and go back to it as necessary, but we always end up reuniting again at some point. What you don’t really see onstage is the accumulation of all these experiences, this ageing of a fine wine that weaves a web of relationships, and everyone just gels so well together because of that.” 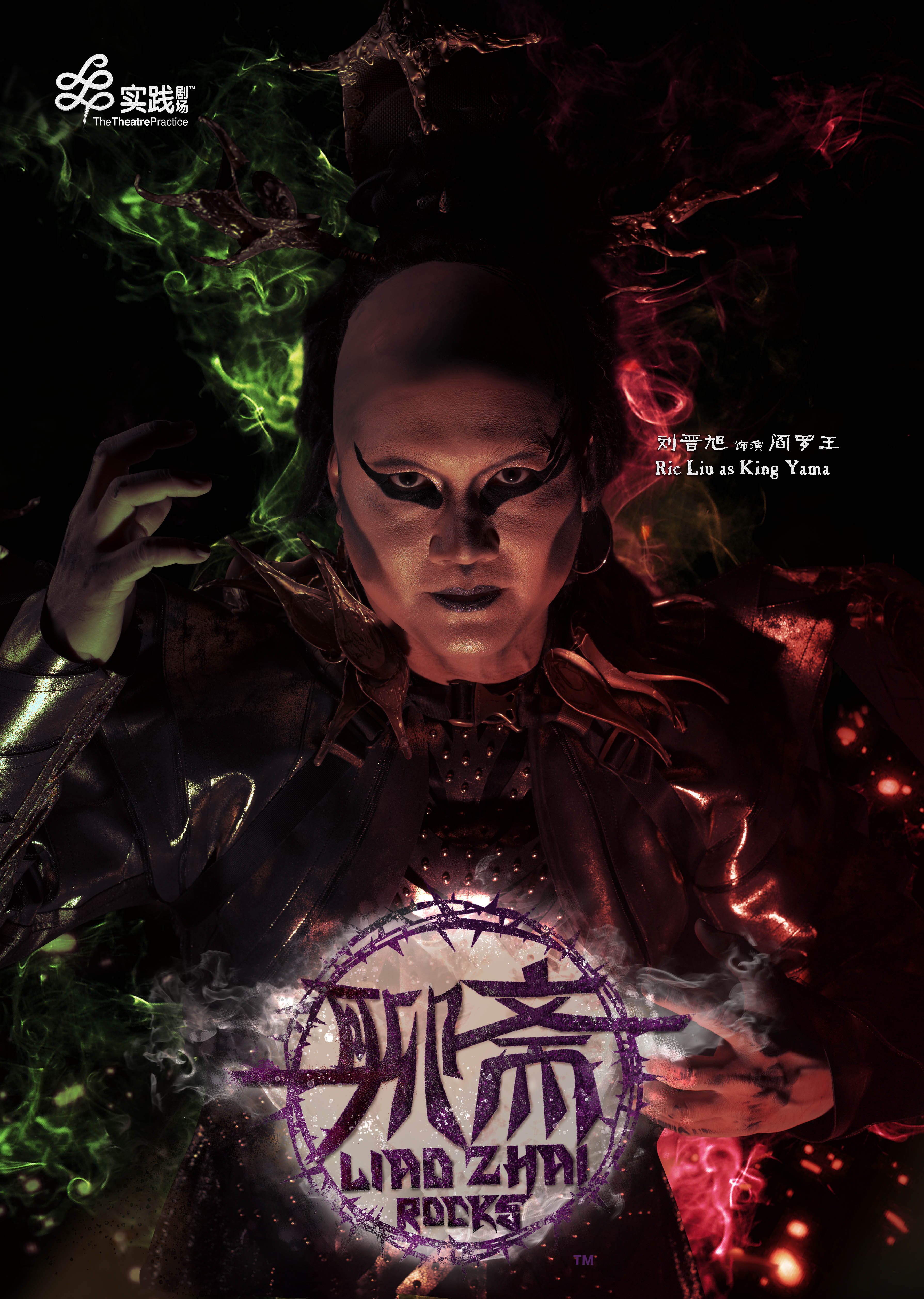 “TTP then, is really all about forming relationships, both within the company and with others,” she concludes. “It’s something that’s been ongoing since my father’s generation, and I’ve been going to Shanghai almost every year since 2002 to make friends, to understand them, and to keep doing so because I want to learn, not because I want something from them. Liao Zhai Rocks! isn’t just a matter of assembling for rehearsals, it’s not just a job to us. It’s an important production to us as a company, and about us working together to take it to the next level as we present this work in China. This is a musical that’s happening on our terms, in our way, and there’s this great sense of ownership from everyone that just makes us take so much pride in this musical.” 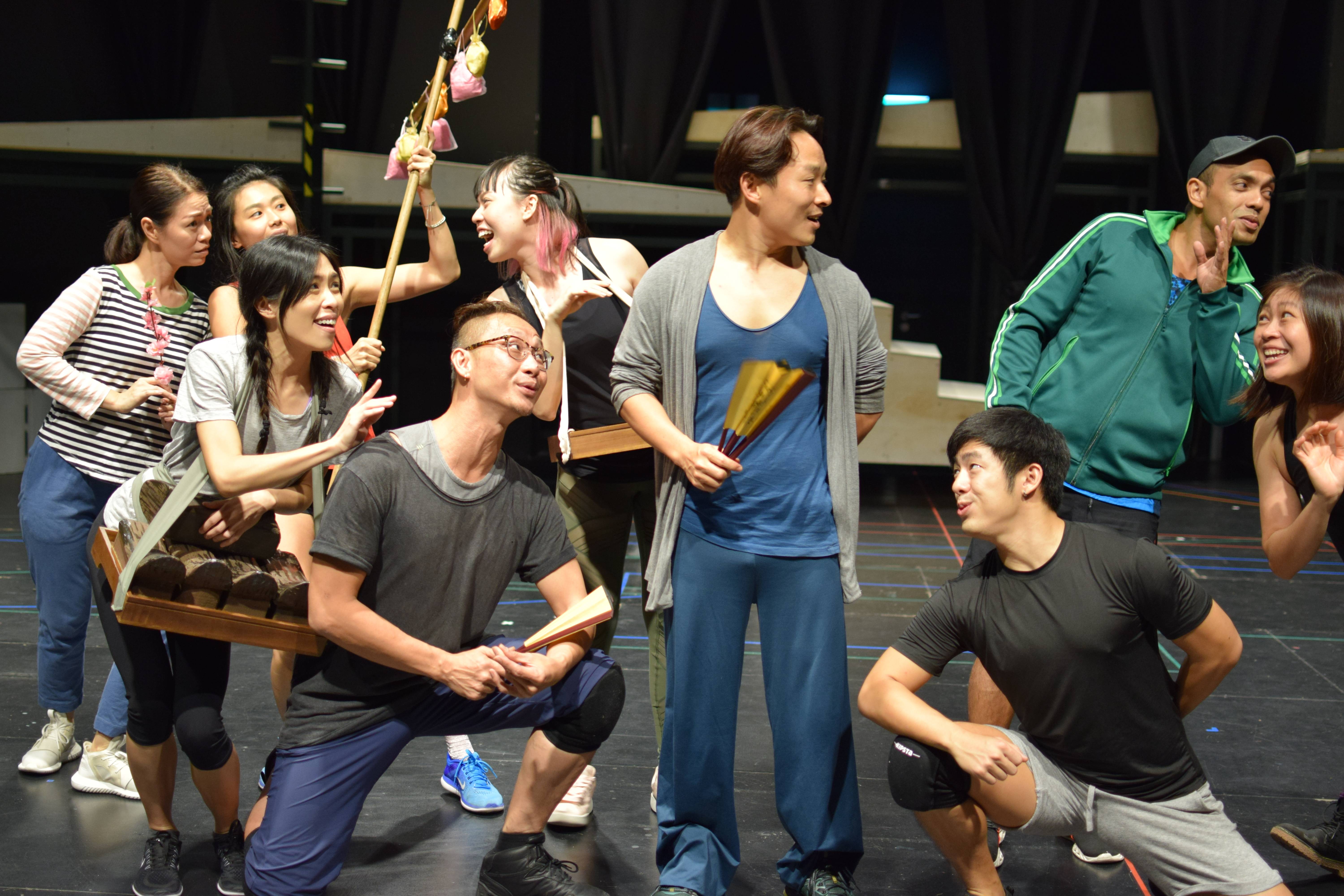 Can once-in-a-lifetime happen again? Liao Zhai Rocks!’s tagline asks. The answer is a resounding yes, with this third staging, and with their stellar cast, dedication to the craft and tight knit bond the company has developed over the years, we’re certain that TTP will deliver on their promise and do Singapore proud as they debut the musical in Shanghai in less than two weeks’ time.

Photos Courtesy of The Theatre Practice