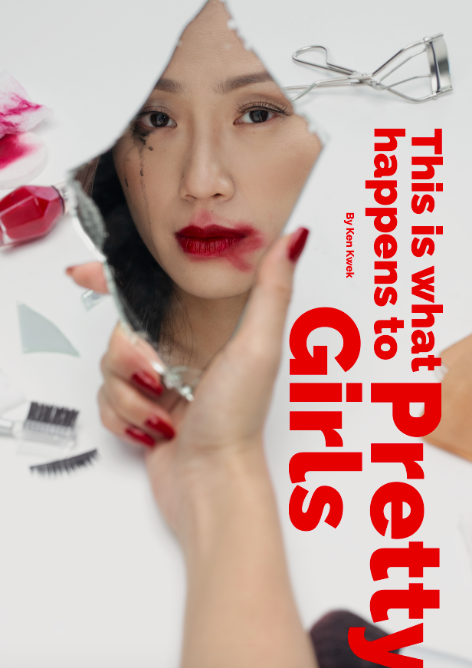 When NUS student Monica Baey posted about her traumatic experience with a campus Peeping Tom on Instagram in April 2019, she set off a nationwide social media storm that has seen supporters and detractors both rallying behind her call for justice, and condemning her for kicking up a fuss, with perceived ulterior motives and plenty of blame. In light of such frenzies such as this and the #MeToo movement, issues of sexual assault and harassment can no longer be expected to be kept hush-hush, and so it is that these stories are laid bare and boldly presented in Pangdemonium’s latest play.

Written by filmmaker Ken Kwek and directed by Tracie Pang, This Is What Happens to Pretty Girls tries to present an unusually nuanced portrait of sexual assault and harassment, in its attempt to offer up a murky image of all its characters’ moralities. Both assaulters and survivors within the play are complicated characters, each one laced with their own vices and virtues that makes it difficult to ever be sure who to side with, if at all. Without giving too much away, This Is What Happens To Pretty Girls follows seemingly disparate groups of characters – university lecturer Amanda (Oon Shu An) embarking on dangerous liaisons with student Sean (Thomas Pang), engineer Natasha (newcomer Tess Pang) and her fast developing relationship with workplace team leader Ray (Jamil Schulze), and their bosses at the startup they work at – HR manager Maureen (Pam Oei), and foul-mouthed, straight-talking CEO Lester (Adrian Pang). Paul Courtenay Hyu and Serene Chen round up the cast, as local deejay Charles and his wife Becky respectively. 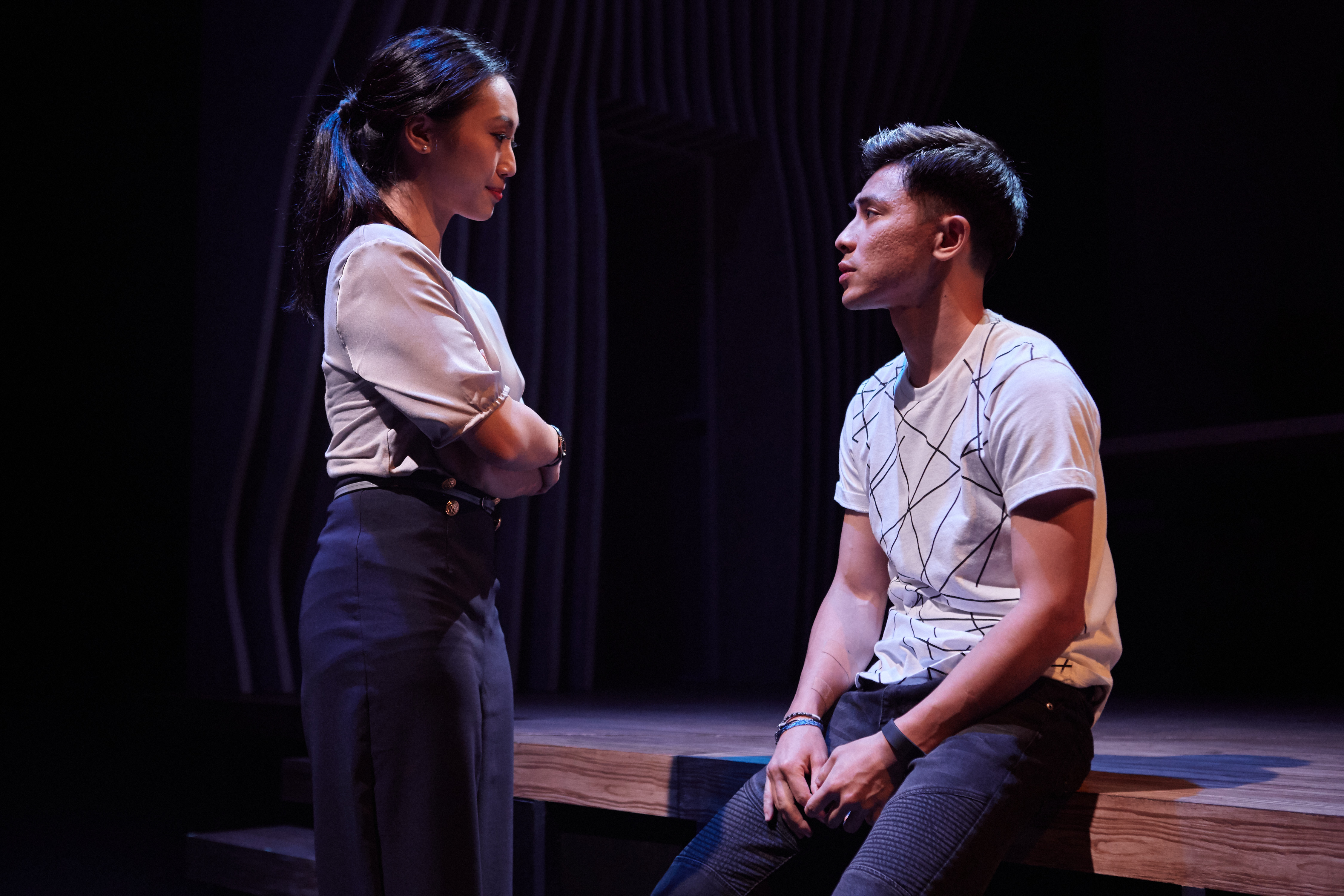 Played during a fateful party in Act 1, Robin Thicke’s Blurred Lines perfectly characterizes the themes of the play, as the hidden relationships and histories between characters come to light over the course of the evening. This Is What Happens to Pretty Girls attempts to navigate audiences into the grey area of uncertain accountability, forcing audiences to confront themselves with the difficulty of coming to a clear judgment as to who exactly is to be blamed. However, this effect is diminished due to the play showing the acts themselves in their entirety, framing each perpetrator’s actions as undeniably wrong due to the lack of consent.

For the most part, we are unable to feel sympathy for the perpetrators of each act, themselves seemingly written for failure with very little space to be forgiven, seeing as at least one survivor of the acts explicitly makes it clear their desires for distance or closure, and neither of their respective perpetrators gives them that. Even the survivors themselves can be inherently unsympathetic characters, making it difficult to side with them for their one-dimensionality, at times coming off as crude mouthpieces rather than sincere examples of contemporary feminism. 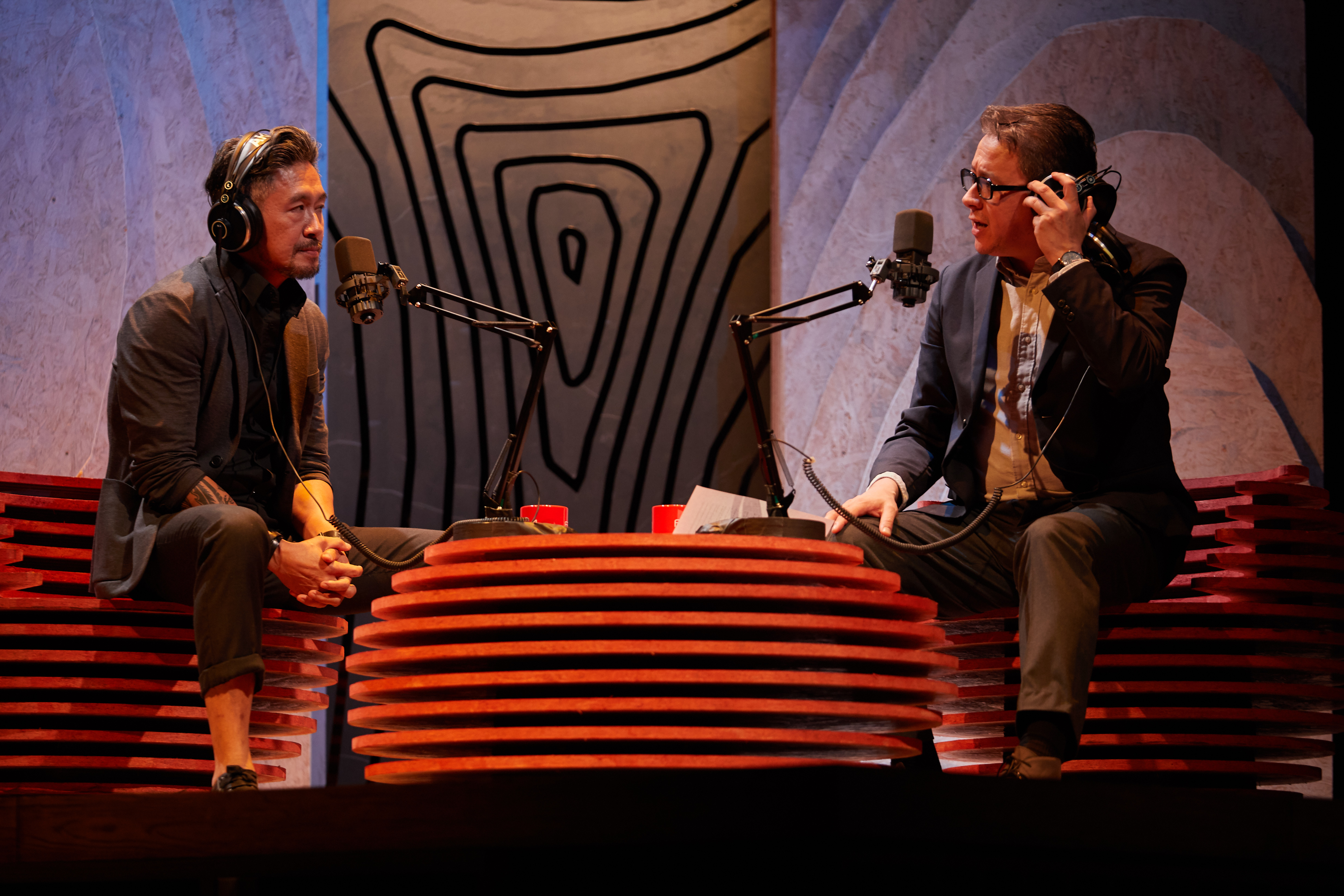 Perhaps the most glaring issue of all is the script itself, which oftentimes reads like a screenplay haphazardly forced into a theatrical medium. There are distinct, blink-and-you’ll-miss-them moments that may have benefitted from a filmic medium, where one imagines a close-up could have helped amplify our empathy for the characters. This is particularly evident from the massive number of scene changes, where transitions by James Tan and Genevieve Peck’s lighting design happen so often, it often breaks the pacing of the play completely as it backs and forths between two scenes, while Jing Ng’s (Ctrl Fre@k) cacophony of whispers during blackouts is thematically on point with the multitude of voices reacting to sexual assault. As for Eucien Chia’s set, the wooden, Nordic furniture-inspired pieces show both topographical and skeletal elements, leading one thinks of how each story within the play is multi-layered, each character harbouring dark secrets and desires, much like skeletons in the closet. Leonard Augustine Choo’s multitude of costumes not only helped audiences formulate snap visual judgments about each character (such as Pam Oei’s severe leather skirts), but also helped showcase the passage of time and their shifting moods with each change.

In spite of the script’s inherent limitations, certain characters are given a chance to shine, helped by the actors’ performances. Paul Courtenay Hyu’s confidence perfectly encapsulates Charles’ job as a daytime radio host, his mild-mannered exterior giving way to a well-portrayed typhoon of panic and anger towards the play’s end. Serene Chen as Becky becomes the emotional anchor for the scenes she appears in, providing a brief but necessary means to access her turbulent, understandably distressing position as the relative of a perpetrator. And in a role seemingly written for him, Adrian Pang, given the rare chance to show off his collection of tattoos, also displays moving vulnerability as the ‘manly’ Lester nursing a traumatic past. 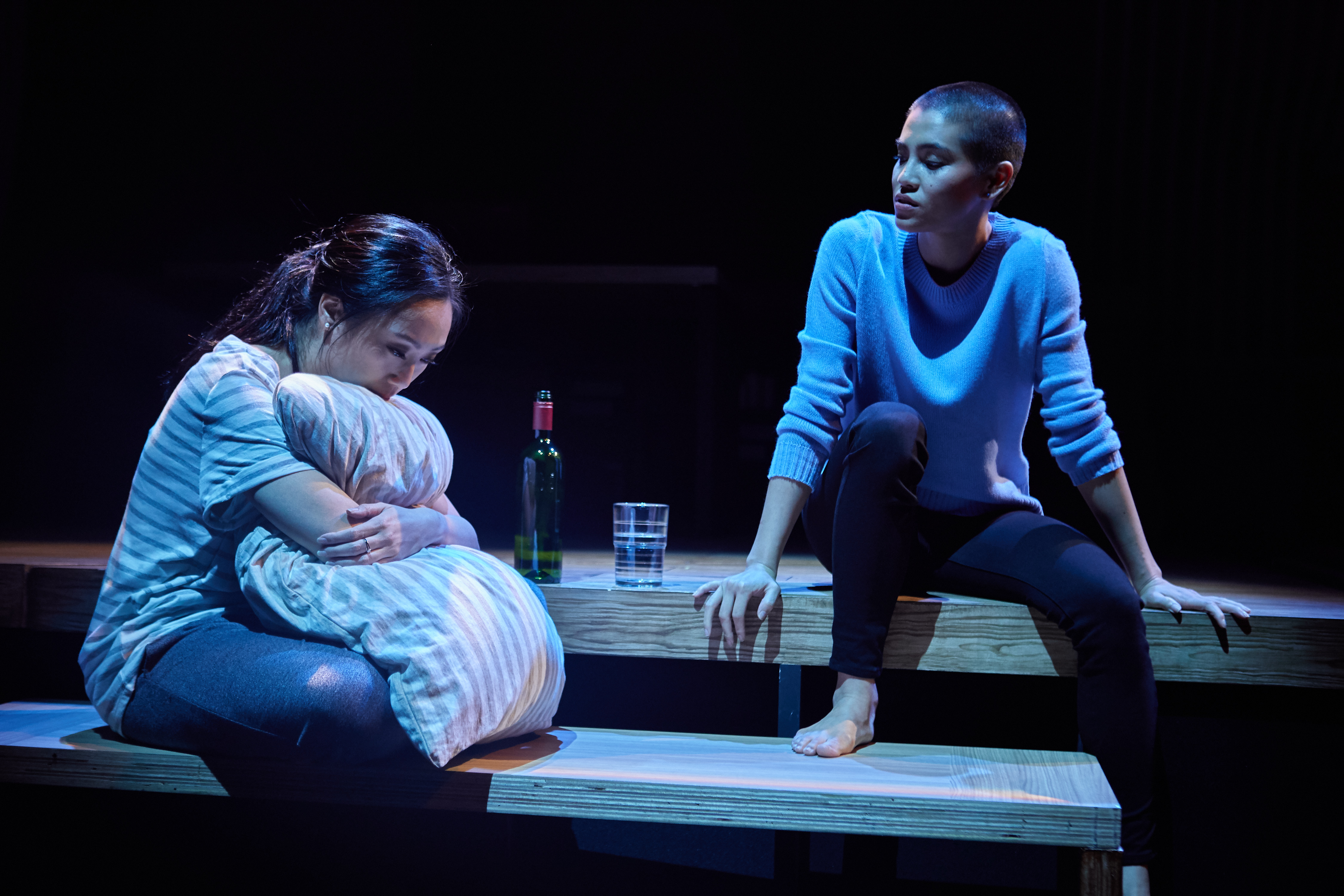 Admittedly, This Is What Happens To Pretty Girls does raise some relevant points about the ongoing conversation of sexual assault and harassment, including but not limited to, the concept of allowing survivors to tell their story when they want to, male survivors and the emotional trauma that perpetrators’ relatives go through. But in terms of its execution, one is essentially left with a basic, cursory look at sexual assault due to the sheer breadth of the discourse surrounding sexual assault it attempts to cover, snapshots into each character’s experience rather than a powerful story that grips and urges audience members to think and reflect. This Is What Happens To Pretty Girls leaves us with neither comfort nor solution, instead ending on a note that blames society itself for having unwittingly produced and perpetuated these monsters of men, capable of laying waste not just to pretty girls, but all girls and all genders.

This Is What Happens To Pretty Girls plays from 10th to 26th May 2019 at the Drama Centre Theatre. Tickets available from SISTIC

0 comments on “Review: This Is What Happens To Pretty Girls by Pangdemonium”