SIFA 2019: An Interview with Tan Shou Chen and Ng Tian Hui, Creators of Oreste by Ifigenia

Last weekend, local artists Tan Shou Chen and Ng Tian Hui will be presenting their brand new work, Oreste by Ifigenia, as part of the 2019 Singapore International Festival of Arts. Crafted as a response to Handel’s opera Oreste, Shou Chen and Tian Hui’s version differentiates itself by placing the enigmatic Ifigenia as the protagonist instead, the sister of Oreste and forced to choose between saving or sacrificing him.

“The original Oreste has gone through quite a few reinterpretations, and for our version, we were figuring out how we can use Handel’s existing music and structure to shift the focus back to Ifigenia, and give her back her agency, abstracting it rather than restaging it as a whole” says co-creator Shou Chen. “We’re still respecting Handel’s original work, and not exactly breaking convention, because we’re still very aware that there’s actually a very strong appreciation of Handel in Southeast Asia. At the same time, what we are changing is the voices and sounds that we end up using, because there’s a limit to the kinds of instruments and performers available in Singapore.” 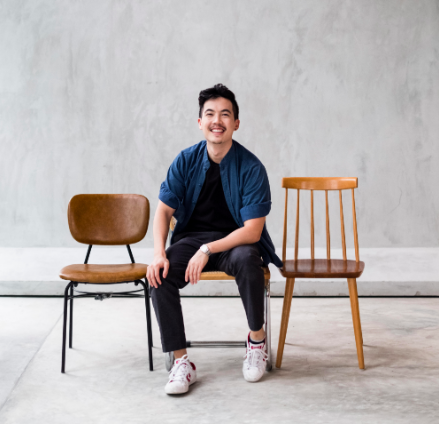 “You know, as an artist, there’s always this fear of whether I should or shouldn’t pander to the audience, whether to shock or just be subtle. I never want to give in to that fear, because it’s a problem when fear drives the choices I make,” Shou Chen continues. “Frankly speaking, this is a bit of an experiment for me, in the sense that it’s a little unconventional within both the theatre and music communities. We’ve involved performers like Billy (Keohavong) from the dance scene because he’s got this certain vocabulary that can be used to narrate and shape the work with his performance. There are a lot of brilliant artists out there, and opera honestly isn’t just about big sets – it’s about using this unique opportunity to present the best of what Singapore has.”

On the work being presented in the Arts House Chamber, Shou Chen explains: “We tend to forget that the Chamber is actually quite a dramatic space, with its history of being used for trial. Audiences will feel like they’re being watched, and there’s no way of hiding at all while in here. In a sense, we’re putting Ifigenia on trial, and the orchestra and the audiences on trial too. As a director, I prefer abstractions rather than naturalistic sets. It’s been challenging because it’s such a unique space, but my team has been working hard at making sure everything fits, like how Irfan (Kasban) has been shaping the multimedia to fit the space.”

Shou Chen and Tian Hui have known each other since their NS days, and for Tian Hui, who is currently based in the USA, Oreste by Ifigenia acts as a kind of homecoming for him. Says Tian Hui: “There’s a kind of professional pride and reputation to maintain, especially because friends and colleagues would have been curious as to what I’ve been up to for the past 10 years I’ve been away. It’s a totally different world from the last time I was back, and I couldn’t have imagined being able to stage this work when I was last home.”

Commenting on his cast and musicians, Tian Hui adds: “Singapore’s art scene is very young, so naturally, most of our artists are young. Most of the people active in opera today are fresh Yong Siew Toh Conservatory grads maybe 10 years younger than me. We did an open call in February and heard lots of exciting voices, and I do believe that these 18 year olds will start peaking in about 4-5 years, hopefully with more room and more roles to accommodate them when that time comes as well. It’s kind of like local produce, where you work to stage a show that you have the cast to capably perform – it’s this really organic process, and as the musical director, I always want to support my performers and make sure they sound good and have a harmonious production, rather than force them into an uncomfortable performance. 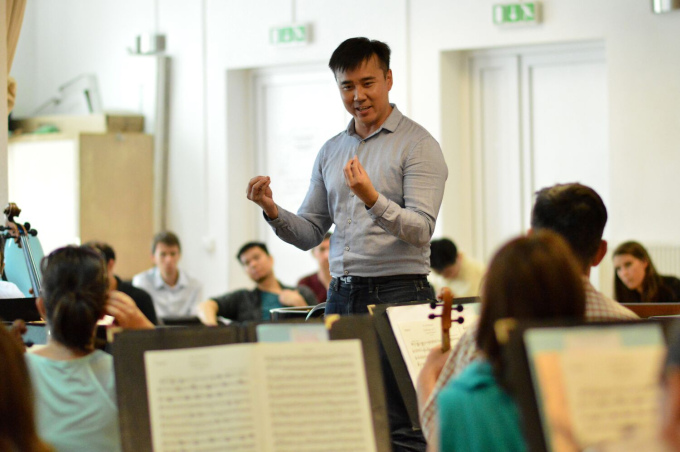 Commenting on his cast, Tian Hui says: “(Chan) Wei En and Cherie (Tse), our actors, they’ve worked very hard to get to where they are today, and I’m very proud of what my entire team has accomplished and to be working with them. I see the potential in them, and there’s this part of me that always wonders how we can continue to support young people because they truly are the backbone of our scene right now.”

As music director, Tian Hui feels a sense of responsibility and leadership in ensuring that his cast and orchestra produce the best sound and music they can, explaining: “The thing about old school maestros is that they like to give ambiguous direction, like can you please play better or with more expression. It’s not terribly helpful, and I always try to convey a vision in my direction. I make it a point to tell my musicians exactly which period of music I’m going for, like say the late Romantic performance style a la Debussy, and I have to be able to articulate exactly what I want. What we’ve managed to do is to get a real harpsichord and a real baroque cello, along with the rest of the modern strings in my orchestra. Sometimes, people do say that if you don’t have the instruments, then you shouldn’t even bother trying to stage the opera. Audiences these days, they’re sophisticated, but I still think they should always be curious and excited to encounter something different.”

Shou Chen concludes: “I’m always excited about collaboration because it’s really just two people talking and hoping it works out. I hope that this work will be interesting enough, and also up the level of artistry I am capable of. Ultimately, I want audiences to see that music is beautiful, and for them to walk away thinking about how opera is not that scary, and that anyone can enjoy, or at least engage with opera.”

Oreste by Ifigenia played at the Arts House Chamber from 25th to 26th May 2019.