SYDNEY, AUSTRALIA – Continuing Mestrom’s interest in human behaviour, There is a Poem reflects on how we move through our daily lives, and the ways in which we perform our bodies in the built environment – particularly in the public realm. The exhibition will consider how the physical world shapes us, at times pushing us together, and other times holding us apart.

There is a Poem includes black and gold screen printed-images of entwined genderless figures, concrete and bronze sculptures which combine everyday objects with the motif of the kiss, each exploring ways in which we are ‘pushed together’ and ‘held together’ in our daily lives. The series of six screen-printed images depicts bold graphics of couples clinging to each other in gestures understood equally as deep-love or quiet-desperation – an embodiment of our fragile, imperfect human connection to one another. These compliment five sculptures, collectively titled Totems, including a large bronze work titled Me & You and four smaller, more intimate concrete and bronze sculptures. 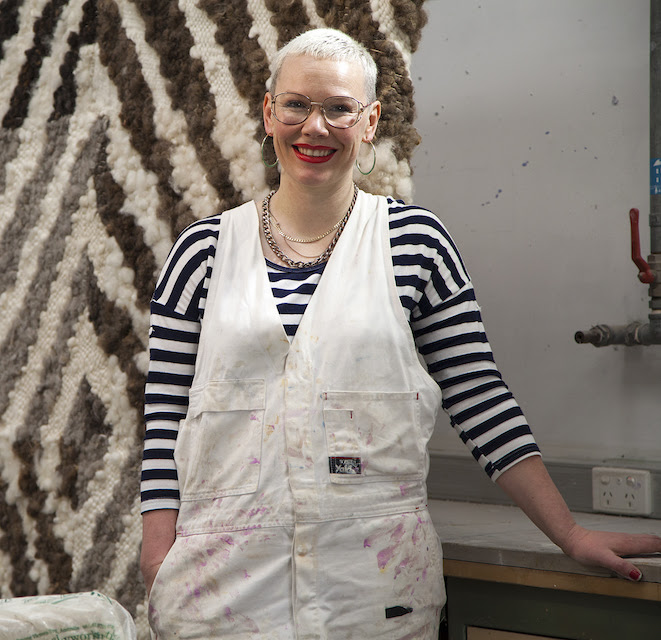 Sanné Mestrom’s research explores the psychological, emotional and cultural significance attributed to objects. Often alluding to invisible forces, her practice references art and cultural history, as well as explorations of the psychological or emotional signiﬁcance with which objects are imbued. Her work explores how value is accorded to such objects, their ties to cultural and art-historical contexts and the ways in which they become substitutes for particular values or beliefs.

Having recently developed a number of large-scale public artworks in cast concrete and bronze which reflect on the body’s movement through space, this new series of work presented in There is a Poem examines a more intimate physical encounter with the world. The exhibition reflects on the precarity of these encounters, imaging them as a visual poem, both familiar and distant. There is a Poem is an ode to the physical and the meta-physical, the corporeal and the temporal, the burdensome and the invisible, to both the potential and limitations of matter – in particular to the matter of ourselves.

There Is A Poem runs from 20th July to 17th August 2019 at Sullivan + Strumpf Sydney. For more information, visit their website here