Preview: Baybeats 2019 by Esplanade – Theatres on the Bay 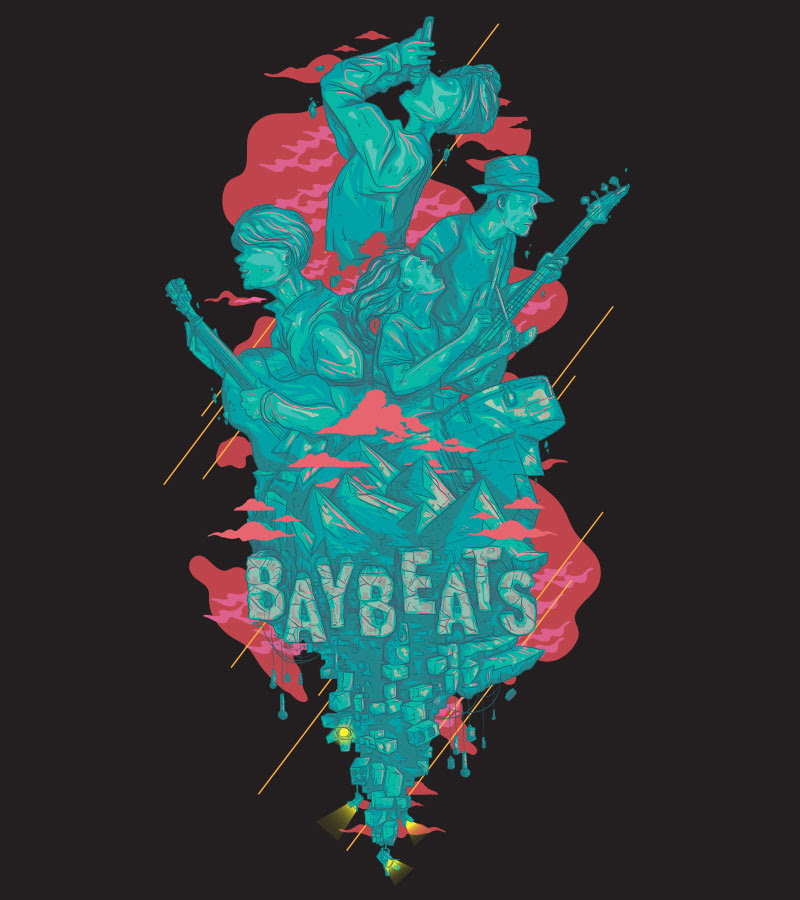 2018 may have seen the last of the Esplanade’s iconic Powerhouse stage (which has since become a construction site for the up and coming Waterfront Theatre), but that certainly isn’t any deterrence to the Baybeats festival itself, marking a return for its 18th edition this August!

As Singapore’s largest free alternative music festival, Baybeats has come to be loved by music fans for the diversity of Singaporean and regional music acts it presents. Taking place for three days from 23rd to 25th August, this year’s line-up promises a variety of genres across performances, from folk to pop, metal to post-rock, emo to punk, hip hop and more.

This year, Baybeats will be introducing a brand new stage at the Esplanade Forecourt Garden. Named the LiveWire stage, this new venue will feature highlights such as Singapore bands Stopgap, T-Rex and Sobs, as well as regional bands such as metal band Slapshock (PH) and Sundays & Cybele (JP), Indonesia’s rap starlet Ramengvrl and Korean funk n bass group Se So Neon.

Baybeats will also be reintroducing the Open Stage, first seen at Baybeats in 2016, and now located at the end of the Esplanade Forecourt Garden closer to the Jubilee Bridge. Taking inspiration from open mic concepts, the Open Stage will feature unplugged sets, giving more opportunities for new and younger musicians an opportunity to also be a part of Baybeats.

After making its Baybeats debut last year, EMONIGHTSG is returning to celebrate its third anniversary on the festival’s opening night at the Esplanade Annexe Studio, along with hip hop and R&B acts Shye (SG), AKLO (JP), Mean (SG) and Airliftz (MY) on the same night.

Baybeats is also known as a great platform for introducing audiences to up and coming young talents, and this year, features six new Budding Bands—The New Modern Lights, Summations, cues, No Rest For The Weary, Plate and Cinnamon Persimmon—who will be making their Baybeats debut after going through an intensive four-month line-up of workshops and masterclasses.

And on the last day of the festival join in for the first ever Baybeats closing party by The Analog Vault Selectors x .gif on the second floor of the Esplanade Annexe Studio. As with each edition, Baybeats 2019 promises an eclectic mix of performers and performances to suit any and all audiences, rife with rising stars and brand new talents ready to showcase their artistry. This August, gather your tribe and make your way down to the Esplanade for music, mayhem and endless marvels at Baybeats 2019!

Baybeats 2019 takes place from 23rd to 25th August 2019 at the Esplanade. For the full programme lineup, visit their website here