EDINBURGH –  Few people are completely in the dark about English playwright/poet William Shakespeare. But did you know about the lost years of his life?

Written and directed by Victoria Baumgartner, Will tells the story of how a young Will becomes the poet William Shakespeare with echoes to his future works, as well as modern music and free dance, in-between fantasies and reality. Performed by a cast of five, we follow young Will Shakespeare as he lives his life out in the peaceful town of Stratford-upon-Avon in the heart of England with his newlywed wife, Anne. But something’s missing. He’s dreaming of prophecies, rough magic and words no one is able to find. As he starts following these dreams, life takes him on a journey, from under the protection of an immensely rich Lord to nights in taverns with travelling players. 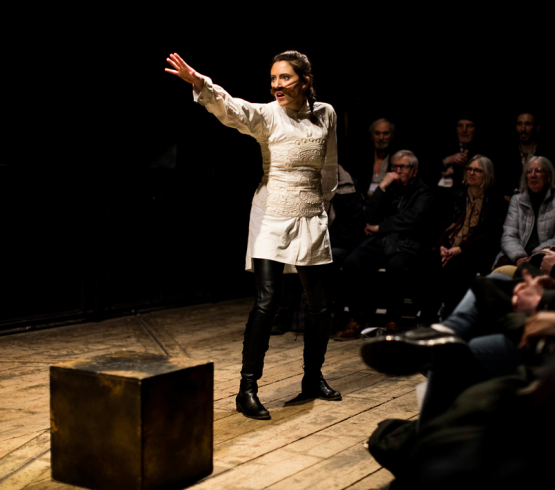 But Elizabethan England is not an easy place to thrive, and the world’s stage has more than one surprise in store for him. As characters come and go, young Will is trying to make sense of this great farce that is life, and to find a way to control his destiny. Inspired by the popular belief that, if he had lived today, Shakespeare would have written TV shows, the play’s rhythm is deliberately fastpaced. We jump from one scene to the next with just a slight emotion, a character entering or exiting, in a blending of Will’s imagination, and reality.

These episodes nevertheless all carry a reference – more or less hidden – to an existing scene of the playwright’s repertoire. While doing that, we also want to make Will accessible to everyone-even more so to those who have only heard about him from afar, vaguely, and even with some misgivings and prejudice. The story takes us on the journey of a man with talent, no doubt, but mostly with a good deal of determination, luck, help from his friends and challenges from his foes. Finally, more than anything, putting on a play about Shakespeare is putting on a play about theatre. The main focus of the play is Will’s never-ending quest for words, for rhythm and for the workings of the human psyche.

After a first production in French in Lausanne, Switzerland, Will was staged in London at the Rose Playhouse in London in Spring 2018 for a four-week run. It received a number of stellar reviews, as well as two Offies nominations: Best Director for Victoria Baumgartner and Best Male Supporting Role in a Play. It then went on to tour Switzerland and Germany to high acclaim. The setting of the Rose Playhouse was particularly appropriate for the play, with the actors standing on the very ground that their characters had trod. Using this archaeological site as a set, the play took the audience on a journey through time, following the steps of young Will. 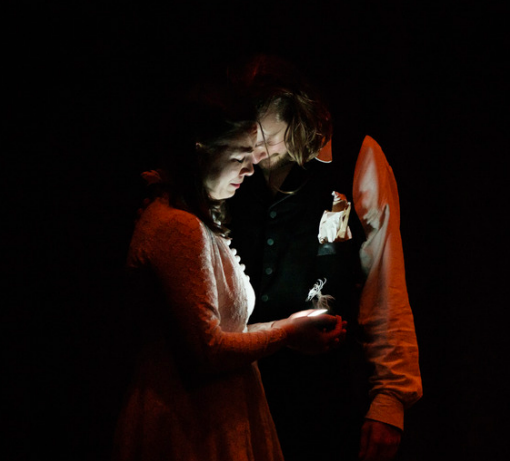 For this production, the play received support from the Swiss Embassy in the UK, as well as from the City of Lausanne in Switzerland, where Victoria Baumgartner comes from. It was thus natural that the first stop of the European tour of Will was in Switzerland. Her Majesty’s Ambassador in Switzerland, Jane Owen, “really enjoyed” the show and the “fantastic British cast”. The play then headed to Germany for the SETT – Stuttgarter Europa Theater Treffen 2018, a renowned European theatre festival. The company delighted audience and press alike, with the Germans being “moved to tears” by the performance (Stuttgarter Zeitung). Originally, Victoria staged the play in French in Switzerland, where it won the Swiss Writer’s Guild (SSA / KTV-ATP) national bursary award for dramatic writing. The French version was staged in Lausanne in the Spring 2017, and toured Switzerland in the Fall of the same year. 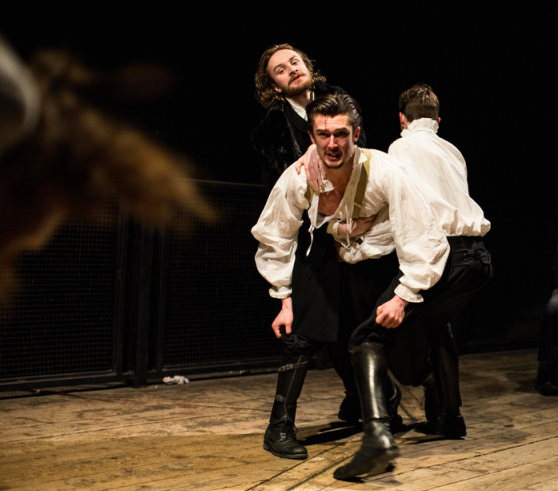 Now, after three seasons and more than 50 shows with three different casts, they’re headed to the Edinburgh Fringe this August to wow yet another set of new audiences. Starring Sam Veck as Shakespeare and Amelia Sweetland as Anne, along with Charlie MacKellar, Kieran Taylor-Ford and Jack Spencer, if you find yourself in Edinburgh this August, don’t miss this chance to catch this moving performance and rediscover the beautiful, crazy, romantic life of the Bard.

Will runs from 12th to 24th August 2019 in the Jade Studio at Greenside Venues as part of the Edinburgh Fringe Festival 2019. Tickets and more information available here